The pros: Trader Joe's Langostino Tails are frozen, precooked, and ready to be added to a dish where you might use shrimp or another seafood. This also requires less prep as they are already cooked.

The cons: I think too many people pass these buy because they don't know what to do with them. That's a shame because this is a good product. If you really, really like these then buy them at Costco because they'll work out much cheaper.

The verdict:  I've only seen Langostino Tails sold in two places: Costco and Trader Joe's. For the uninitiated, Langostinos are actually called Squat Lobster. Yes, not the most appealing name. So Langostino is actually Spanish for little lobster. But don't think that a place can sell this to you as lobster. Long John Silvers used to sell lobster bites, but the FTC ruled that Langostinos cannot be sold as just lobster. They have to add the word langostino or squat in front of lobster otherwise it would create customer confusion between what many associate with lobster, like Maine lobster for example. So while, this is called squat lobster, it's not really lobster but not really prawn either.

So, if you've never picked up a bag of these, then you are in for a treat. If you like the taste of lobster but the texture of shrimp then that is what you are getting here. These are frozen individually, but this does not come in a resealable bag which is kind of a bummer. Otherwise, don't be afraid to experiment with these. I've used them in a ceviche or in place of shrimp. The only thing you'll have to do differently is treat this like cooked shrimp. You'll just need to adjust any cooking times, or enjoy these cold in a seafood salad or Langostino Roll. I opted to make mine into a ceviche where I did not have to worry about eating anything that was raw.

For $12.99 for a twelve ounce package, these aren't terribly overpriced, but they aren't the best price around either. I've seen them sold at Costco with the seafood. It's a larger package, but isn't too much more expensive. But if the thought of going to Costco makes you cringe, then it's not a bad deal either. If you've been hesitating on trying this, then don't be afraid of what to do with it. I like these, I've bought them several times. 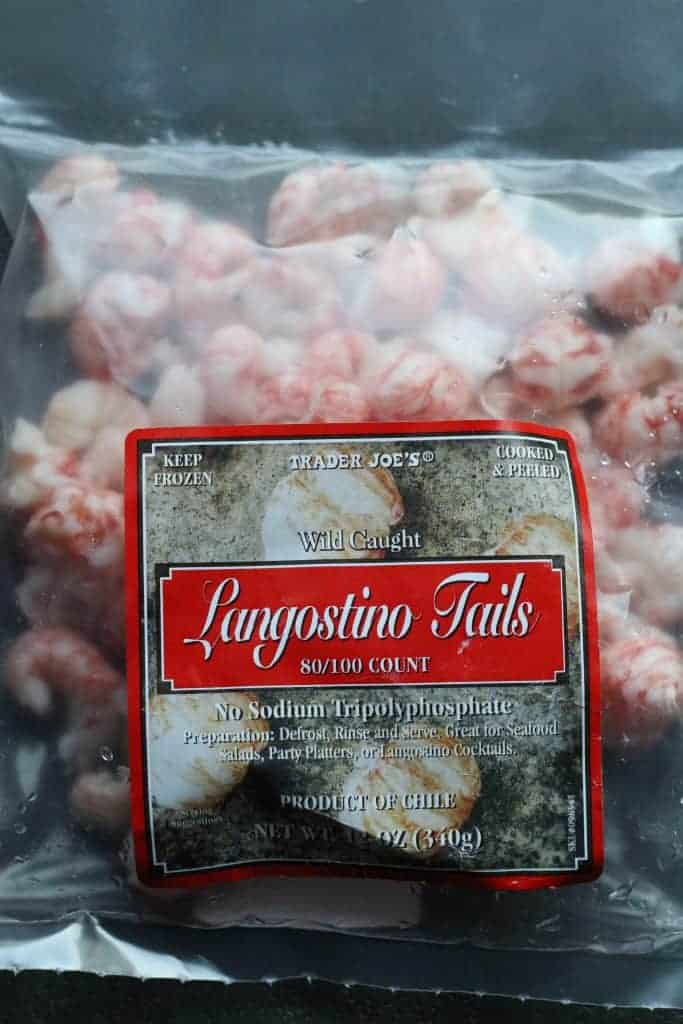 After being prepared in a ceviche you get something that looks like this (and yes, the recipe is posted at the bottom of the page): 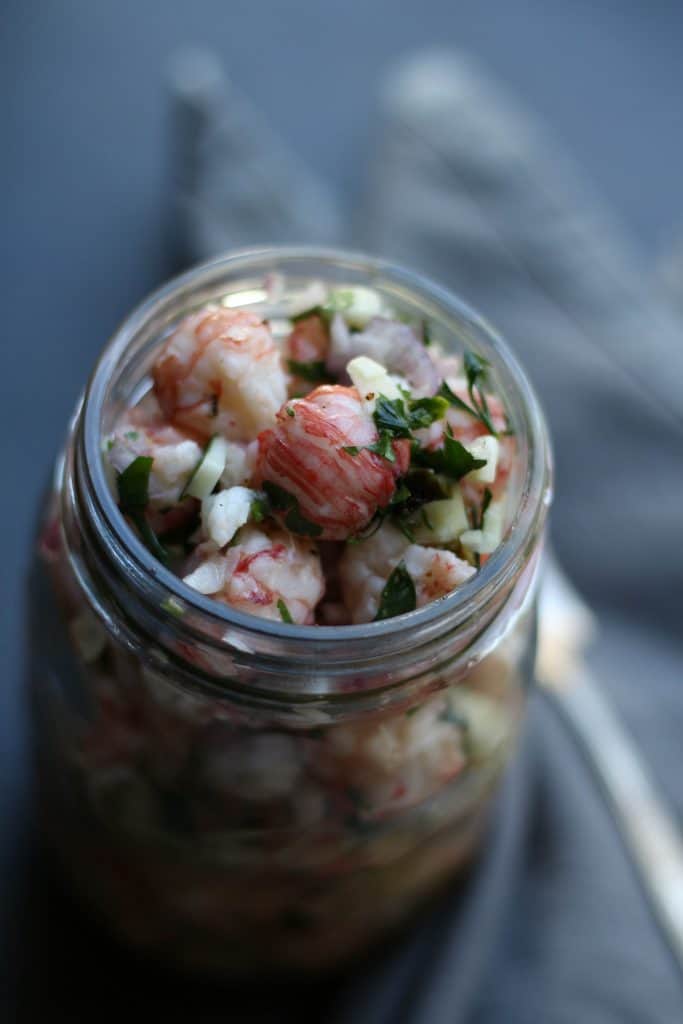 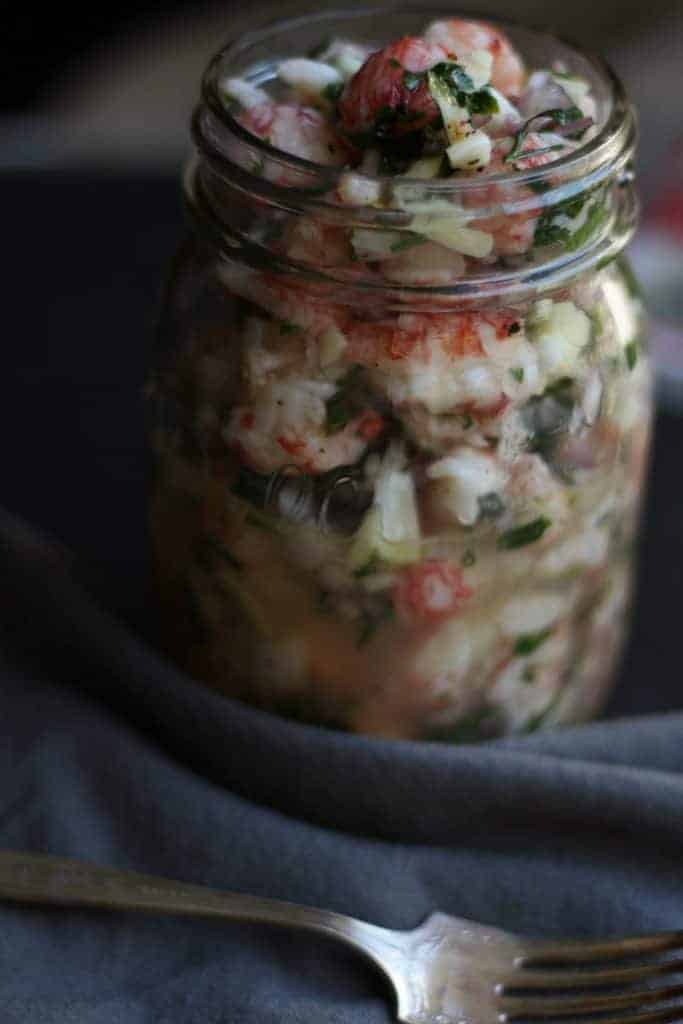 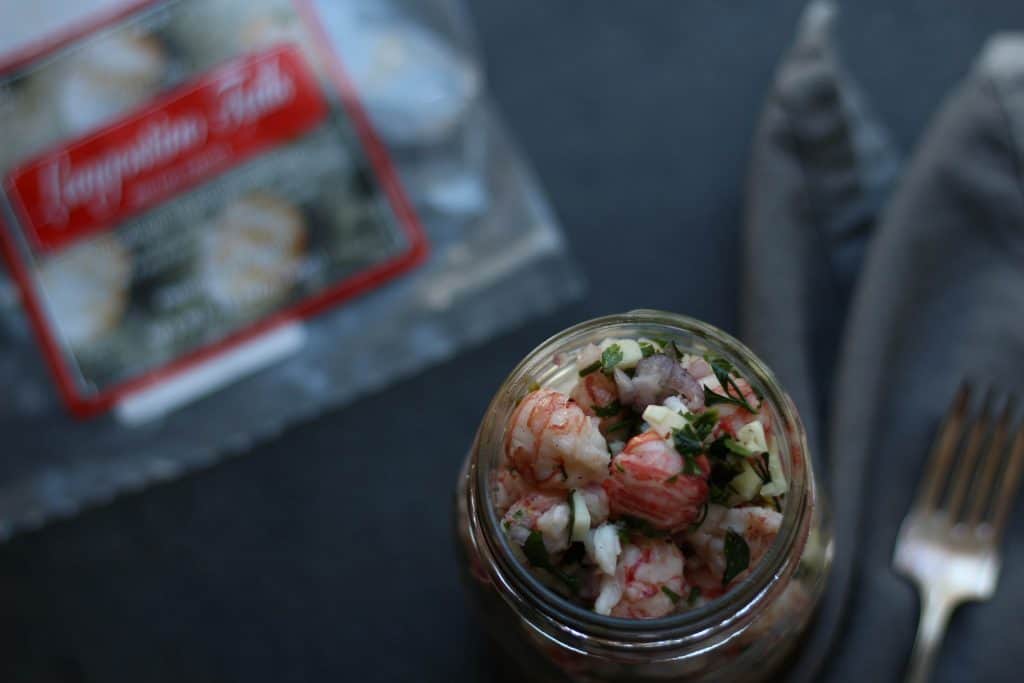 Would I buy this again?  Yes, I would buy Trader Joe's Langostino Tails again. I enjoy both the taste and texture of shrimp and lobster. Plus, they are already cooked so I can put together a quick dinner in almost no time.

Here is my recipe for Langostino Ceviche 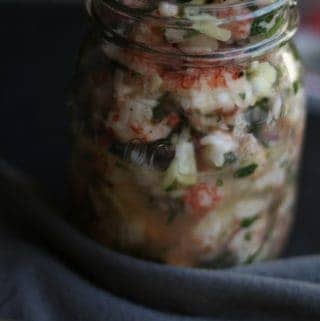 If you purchased Trader Joe's Langostino Tails and had no idea what to do with them, then give this ceviche recipe a try.  Too many people can be very timid to try ceviche because of the uncooked nature of ceviche.  That is avoided here with pre-cooked langostinos.
4.23 from 27 votes
Print Pin Rate
This prevents your screen from going dark while making this
Course: seafood
Prep Time: 10 minutes
Cook Time: 30 minutes
Total Time: 40 minutes
Servings: 2 servings
Calories: 225kcal
Author: Brenda