The pros:  Trader Joe's Organic Chicken Wing Sections are a solid option in the freezer case of Trader Joe's.

The cons:  For a group of hungry adults, this two pound bag might only feed two people so plan accordingly.

The verdict:  I remember this one bar I used to go to all the time. There was nothing really distinct or truly special about the bar except for the fact that they had wing night certain nights of the week. Nothing better than 5 cent wings. Yes, you had to buy $5 worth of beer to go along with it, but it did make for a really cheap dinner and night out. Fast forward to adulthood and now doing that type of thing does not happen regularly. Sometimes, I'd rather just be at home. So recently I got the urge to actually make wings.

For $6.99 for two pounds of organic chicken wings, these aren't the cheapest wings you will encounter, but nor are they the priciest either. Because they are ice glazed I would avoid frying them lest you'll probably risk massive oil splattering or worse. In fact, the directions don't even mention frying them. Mine went into the oven and came out perfectly crisp. The meat was tender and moist which given how long they were in the oven surprised me a bit. I did place mine on a baking sheet to allow the excess grease to drip off. While there was some, it was nothing that would cause smoke. The directions did mention that defrosting these were optional.

Now, let's have an honest moment about wings and portion size. I think it's almost fair to say that when you make wings, you'll end up throwing about half of it away due to the bones. There isn't much meat on each wing, so if you are watching this in front of the game I would say this is closer to two servings rather than the 4.5 mentioned on the bag. Add a bit of hot sauce and you'll have some magic going on. Yes, they were perfectly good being baked and not fried. I really liked these and being that they have directions from frozen, this can be made in a reasonable amount of time. If you are a sports fan or just like wings, these are a solid choice in the freezer section. If you don't have much time on your hands, then Trader Joe's has you covered on the other end with their spicy wings also found in the freezer section. Both are solid options. 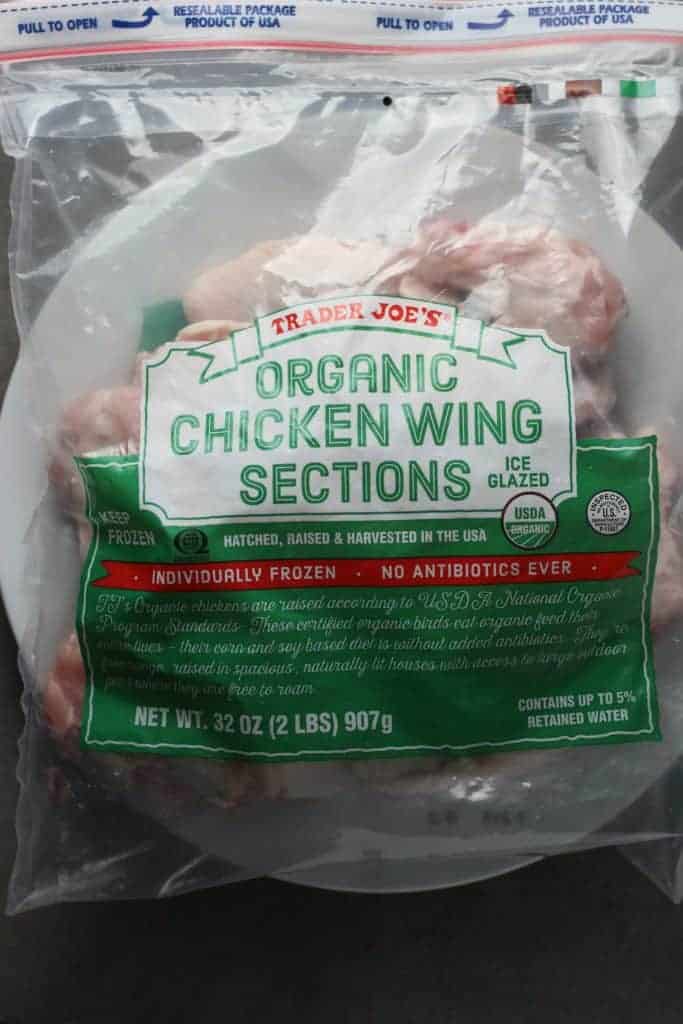 The ingredient here is organic chicken wing sections. Since these have an ice coating, frying was not mention as one of the preparation methods. How to prepare these: 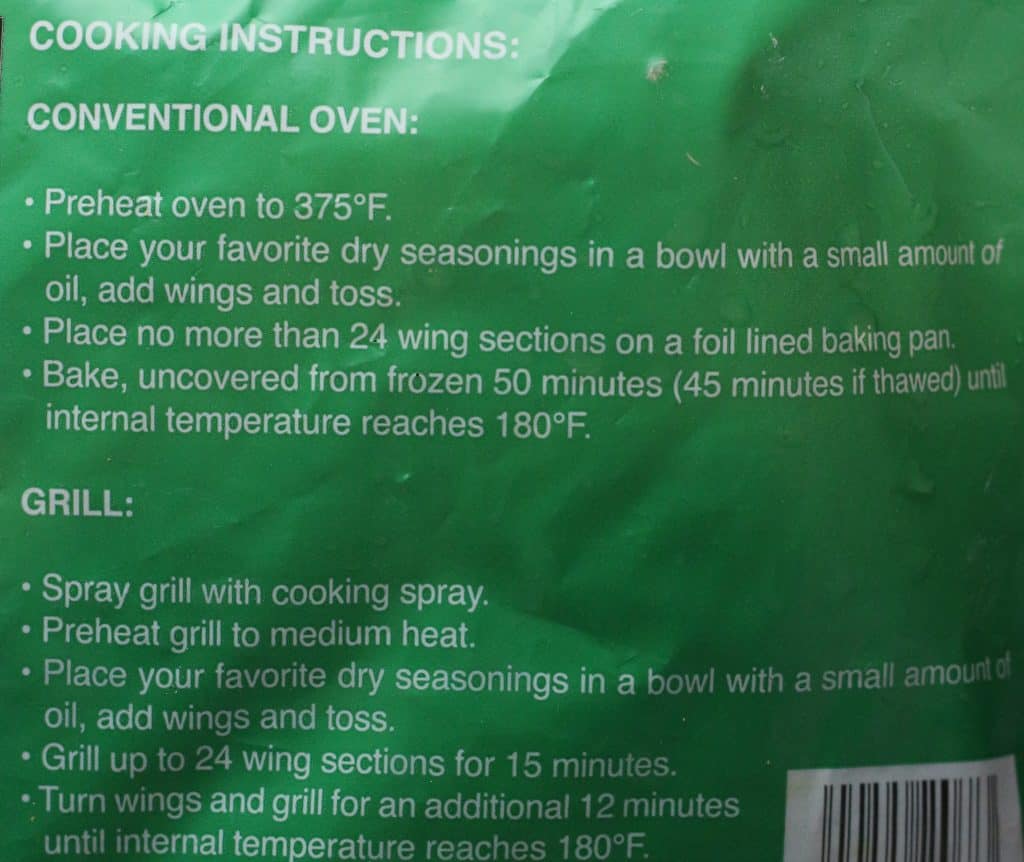 After being cooked and some hot sauce added you get: 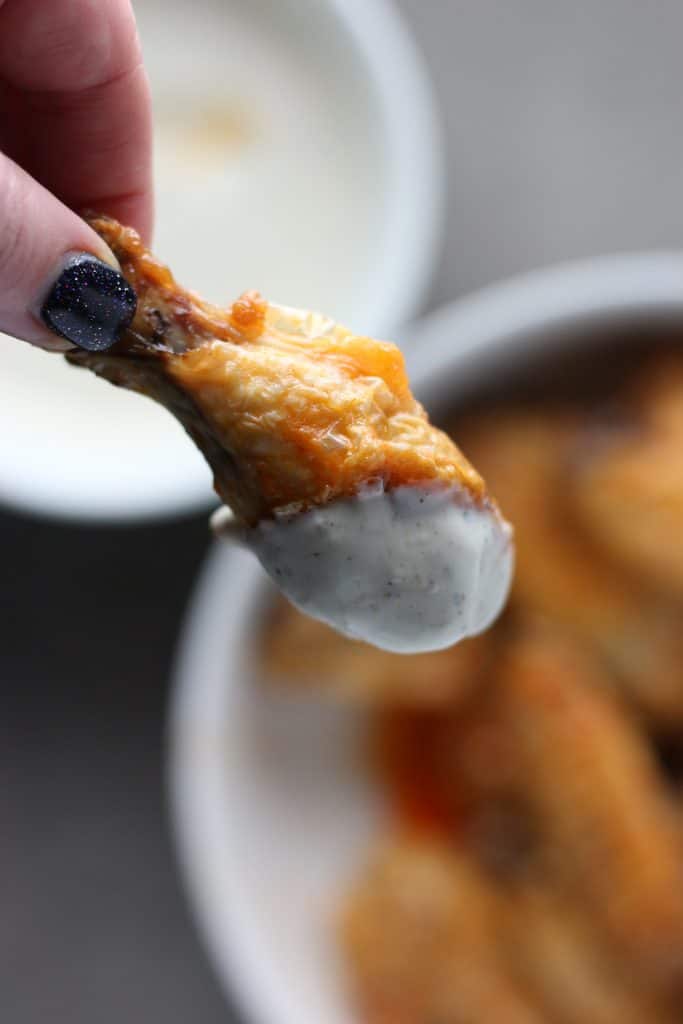 Would I buy this again? Yes, I would buy Trader Joe's Organic Chicken Wing Sections again. Especially as we approach Superbowl season I would absolutely consider keeping bag or two of these in the freezer.