The pros:  Trader Joe's Reduced Guilt Stuffed Shells will make you feel good as the entire entree is 270 calories.

The cons:  Only two shells came in my package so I'll need a snack to actually feel full after eating this.

I'm a big fan of Trader Joe's Reduced Guilt Guacamole. It reduces the calories without making you feel like you are giving up too many. So I was excited to pick these up. For $2.69 you are getting enough shells to make this plural. There are exactly two shells in this dish. Clearly, they were reducing the calories by making sure you have the most portion controlled meal ever.

I prepared these in the oven to give me the best chance of success. What I got was lackluster. The pasta was a bit tough even though it was covered in sauce and in the plastic wrap. The filling was fine, just not nearly as good as Trader Joe's Spinach and Ricotta Ravioli. The spinach helped to cut down on the amount of cheese needed. There was more than sufficient cheese for the top here. The sauce was ok, but nothing that really wowed or amazed me.

Priced at just under $3, that's a bit high for just two shells. Personally, if you are watching you weight be sure to pack a side with this. Even though those were jumbo shells, I was hungry afterwards. I tried it once, but I'd rather portion one of the other pasta dishes and eat that. 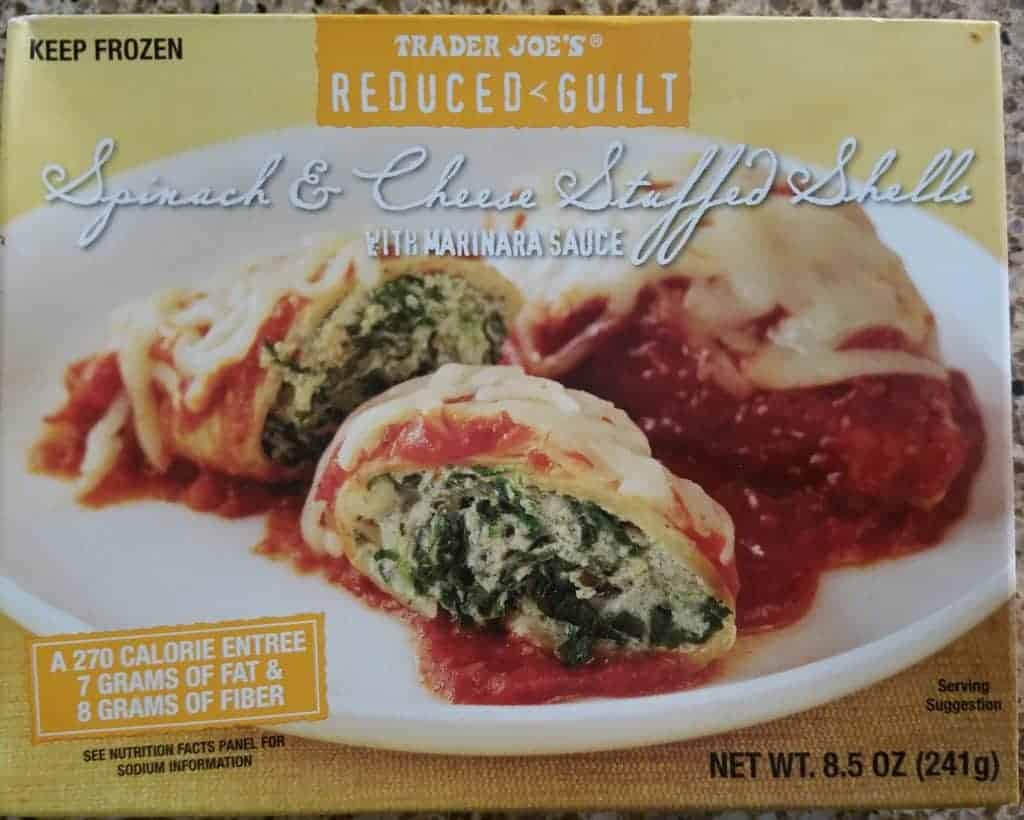 The nutritional information, how to prepare and ingredients: 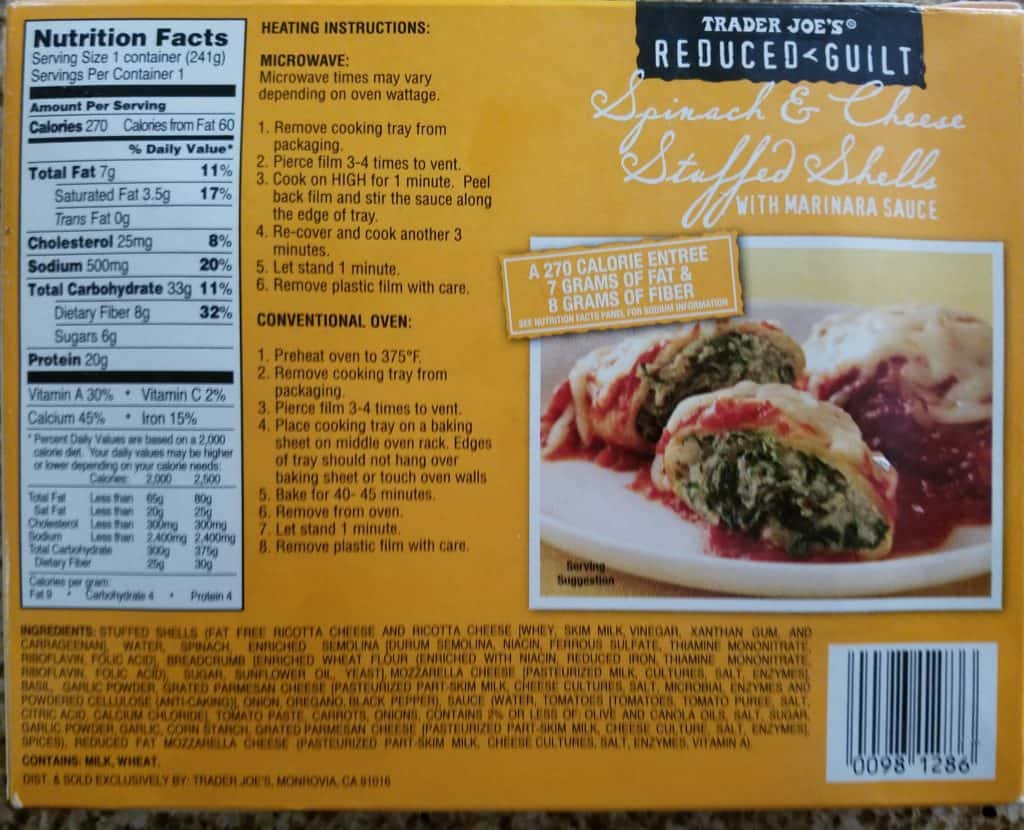 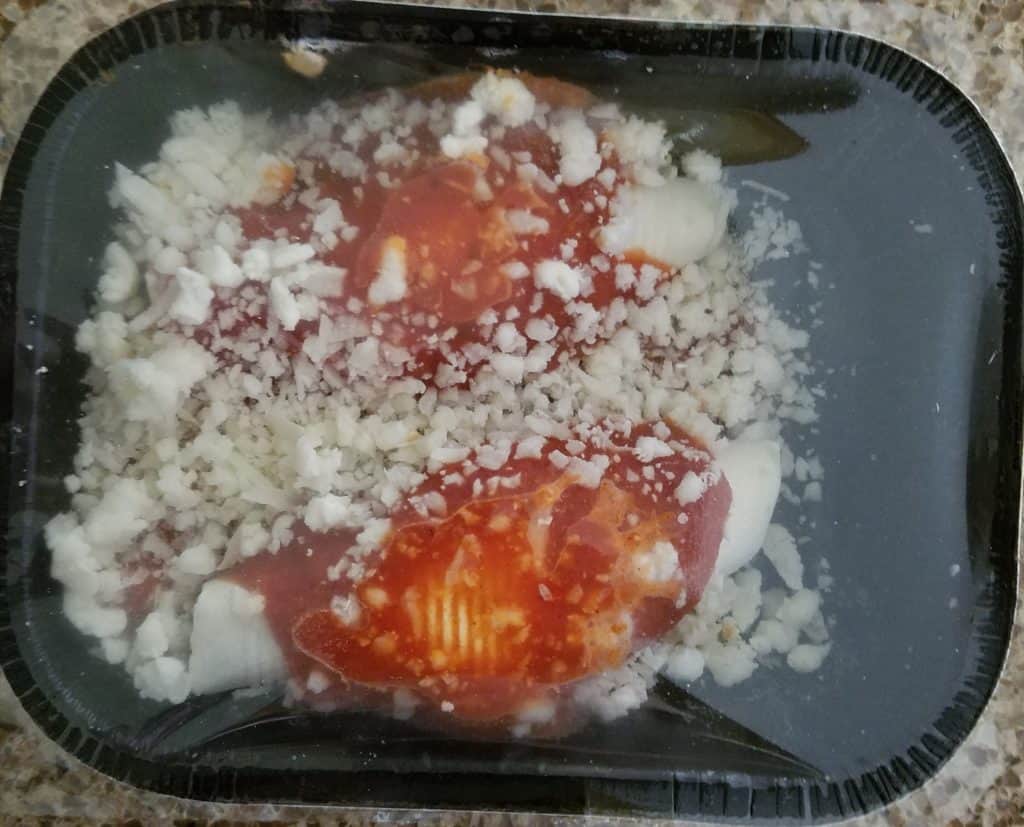 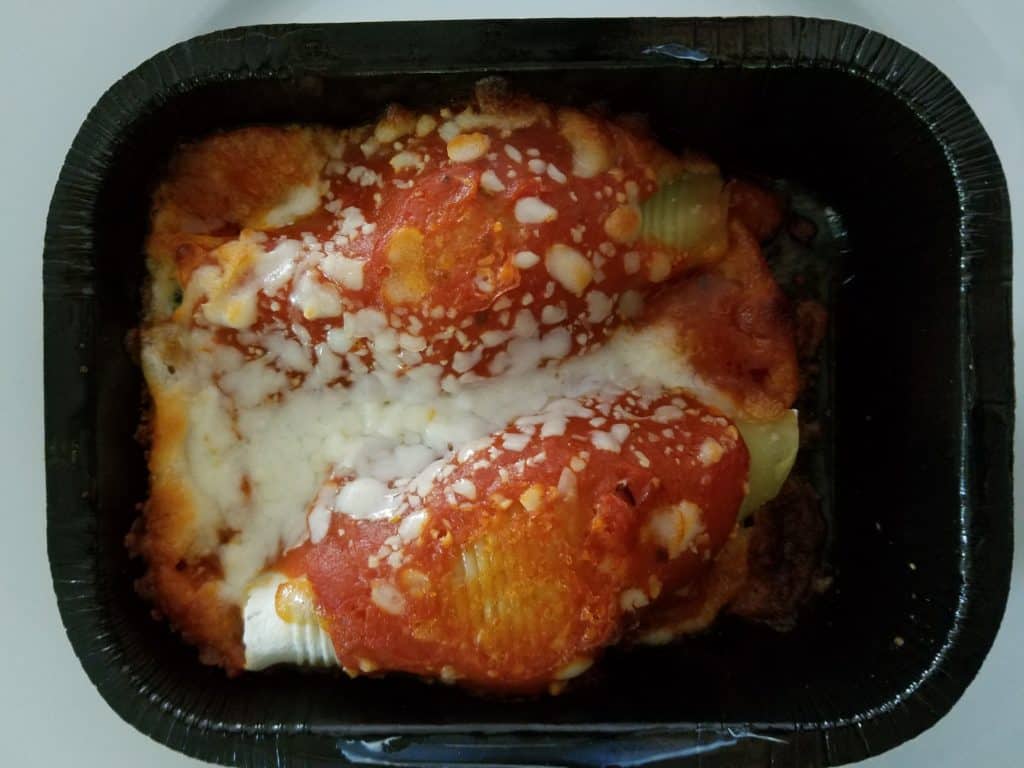 Would I buy this again?  I'll pass on these. I was hoping for a meal, instead I got a snack. As far as taste, these fall into the category of "just ok."