The pros: Trader Joe's Spanakopita has a dozen tasty appetizer sized spinach pies that are read in about 20 minutes.

The cons:  Probably not the most authentic. What you could get at your local Greek restaurant will be closer to the real thing. Some of them were very much frozen together and difficult to pull apart before putting them in the toaster oven

The verdict:  For $3.99 this might be a good thing to keep on hand for a party or get together. The appetizers were ready in about 20 minutes from the freezer with no defrosting. My package was pretty frozen together so breaking up the individual pies wasn't impossible but not a breeze either. You'll need to remove them from the included baking tray onto one that can handle some weight and will allow the hot air to move to crisp up the pies all around. After coming out of the toaster, all but one kept their filling on the inside of the fillo dough. I think the one leaking one might have had to do with my difficulty breaking these apart. After allowing them to cool down what you have is a flaky pastry and a tasty cheesy spinachy filling. Most of the flavor is feta but the ingredients do mention ricotta which is not traditionally found in most authentic spinach pies. It was a tasty balance of cheese and spinach. Either way these were bite sized and tasty. I'd buy this again.

The box in the freezer aisle: 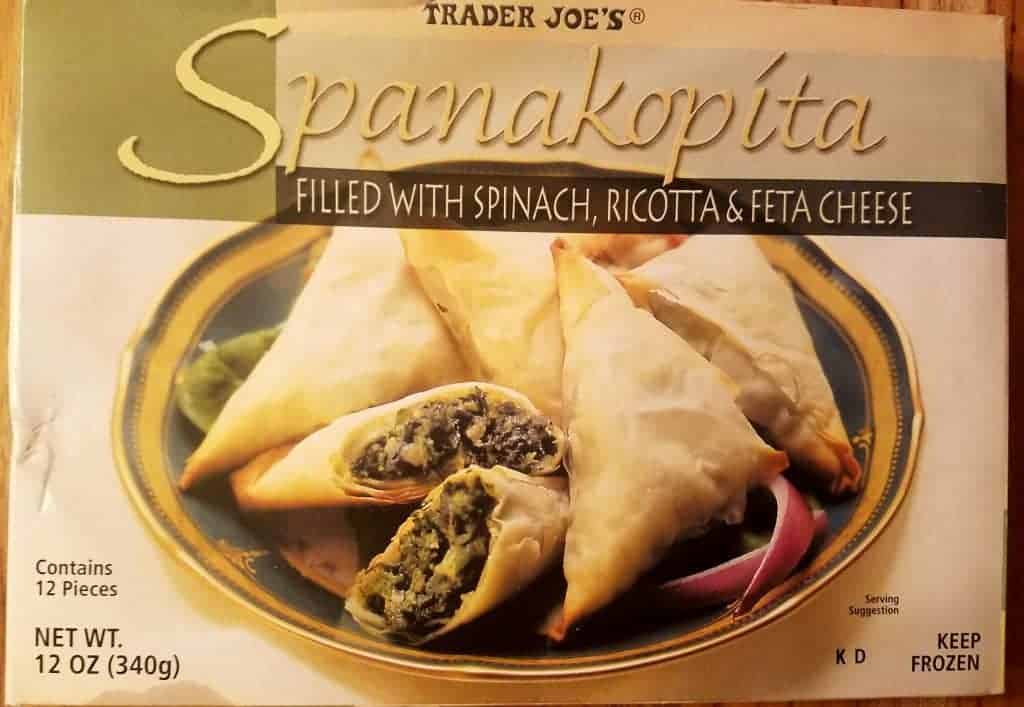 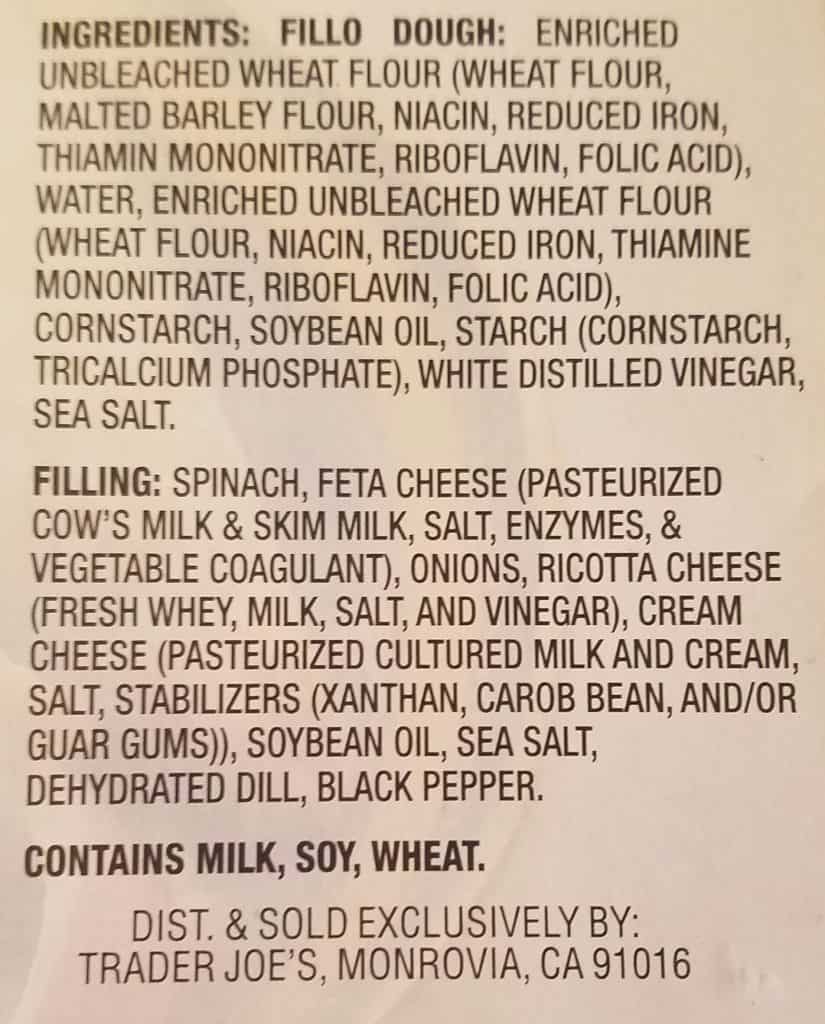 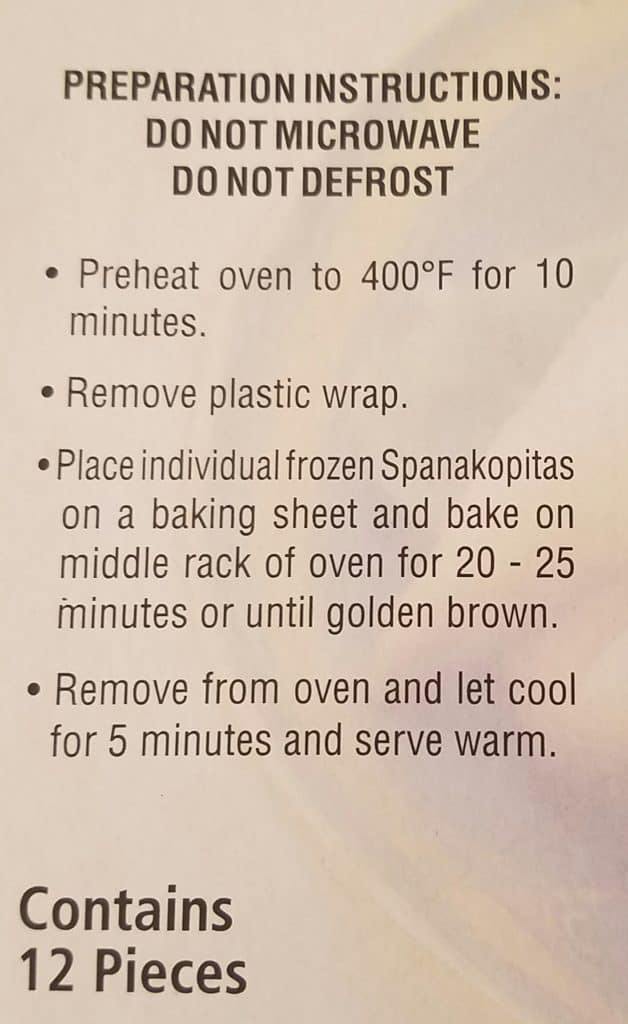 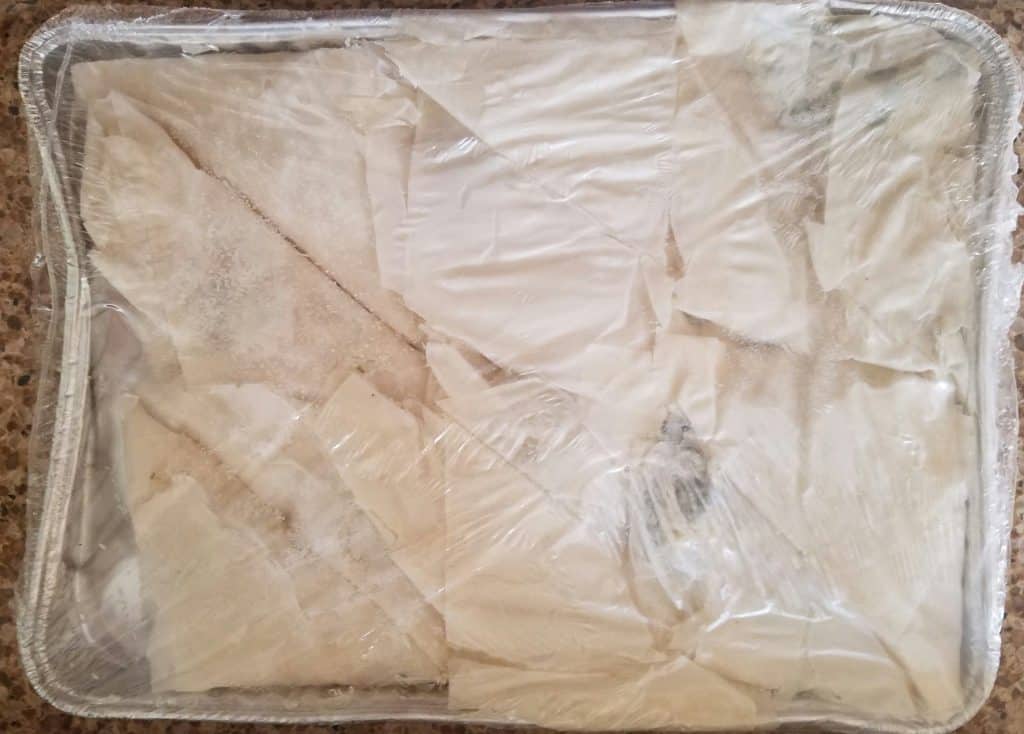 Before being cooked you get: 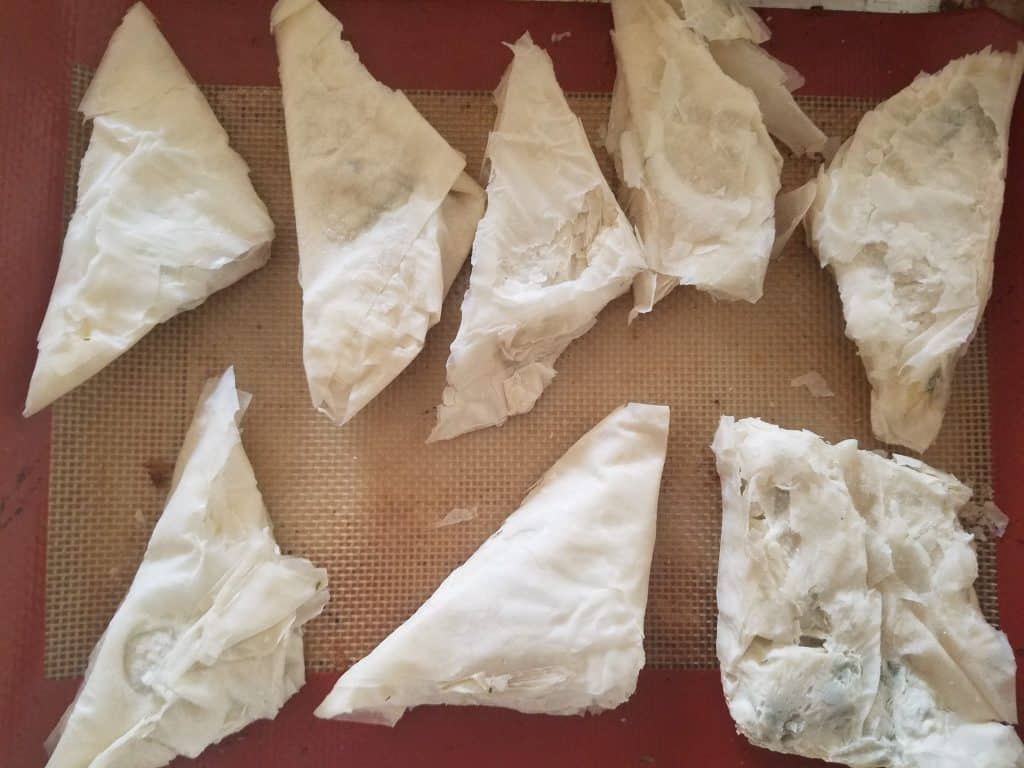 After coming out of the toaster oven: 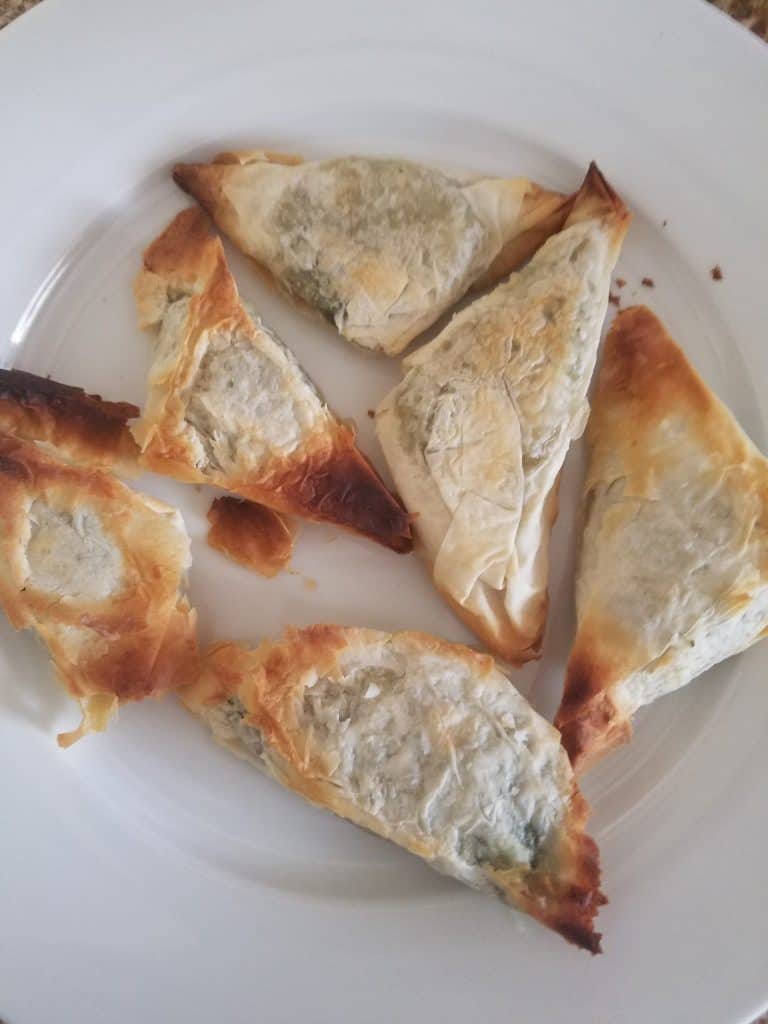 Would I buy this again? Yes. While Trader Joe's Spanakopita is not the most authentic these came out crisp from the toaster oven.