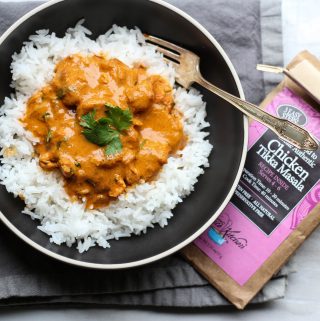 This post is brought to you by Karen’s Spice Kitchen who provided me with the Chicken Tikka Masala spice packet. All opinions are my own.