This post is brought to you by Karen's Spice Kitchen who provided me with the Chicken Tikka Masala spice packet. All opinions are my own.

Fast forward to 2012. I started taking some cooking classes and salt and pepper were used frequently and in decent quantities. Then we finally found out that we had a local spice shop. Now, even though I lived outside of NYC, I couldn't fathom how a spice shop could stay open just selling spices. Well after a few visits to that spice shop I now have one drawer (for the small jars), and two cabinet shelves proudly displaying my spice collection (for the larger jars and bags which incidentally are in alphabetical order too).

Fast forward again to 2016, when I first started this blog some of my first reviews were of frozen Indian entrees. It's something I always bought pre-made. When you buy spices individually it takes some level of skill to make a spice blend that is good. I'm not at the level of making my own Indian spice blends just yet. However, when Karen's Spice Kitchen wanted me to try one of their packets, I was all in.

When it came in the mail, it came in a brown paper bag that had a plastic lining to ensure freshness. The directions were simple and the ingredients needed are fresh ones like chicken, cream, lemon juice, and cilantro. Mix that with some pantry items like tomato paste, broth and oil. Once the chicken was chopped this went together quite quickly.

The product is gluten free and contains options for those who wish to keep it vegetarian or vegan. This is not a nut free product though. Within an hour dinner (and lunch and dinner for several days) was done. How much chicken tikka does one spice packet make? 2-3 pounds worth. So for $5.50 for the spice packet this makes quite a bit of food. I would venture that it could serve more than just the 4-6 servings on the packet. Plus, odds are you might enjoy this is a helping of rice or some Naan.

If you are looking to cut carbs or want something other than rice, they thought of that too. On the other side of the directions were a huge list of side dishes to make a lot of dinner combinations with the amount of chicken it makes. Speaking of other things in the packet (and yes, this is a highlight for me) was a completely separate packet of hot chili powder. So if you are having someone over for dinner who is intimidated by Indian flavor, perhaps you can go easy on them by excluding it (or serving them and adding some to your dish). It is hot, so add a little at a time.

Now, the most important part is the taste. Indian is super flavorful and balanced. This met all expectations. Before I added the hot chili powder to my dish, I tasted it. It had all the classic flavors from ginger to coriander to cumin and turmeric it lacked for nothing in the flavor department. While I made mine with heavy cream, I'm sure that adding coconut milk next time would add even more flavor (yes, there will be a next time. You'll see at the end of this review). If I had to criticize one thing, I was wishing for a slow cooker variation on the recipe. During the work week (or the dog days of summer) I'd rather set it and have the house smell like I had an Indian chef (or a British one if you look into the history of Chicken Tikka Masala). This was in no way a deal breaker. The chicken was perfectly tender within the 40 minutes.

Overall, if you are like me and end up spending $3 for a frozen Indian meal for lunch, then it's time to consider making your own getting some plastic containers out and meal prepping for the week. You get all the familiar tikka masala flavor, but it can be personalized to your taste and heat preferences.

Here is the visual run down of this product: 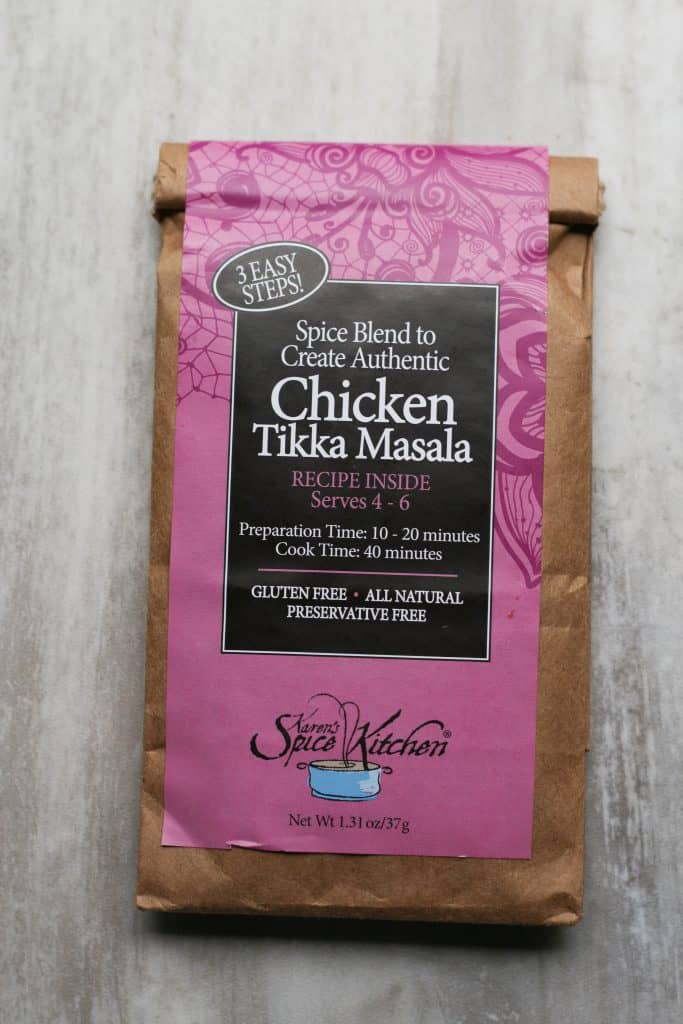 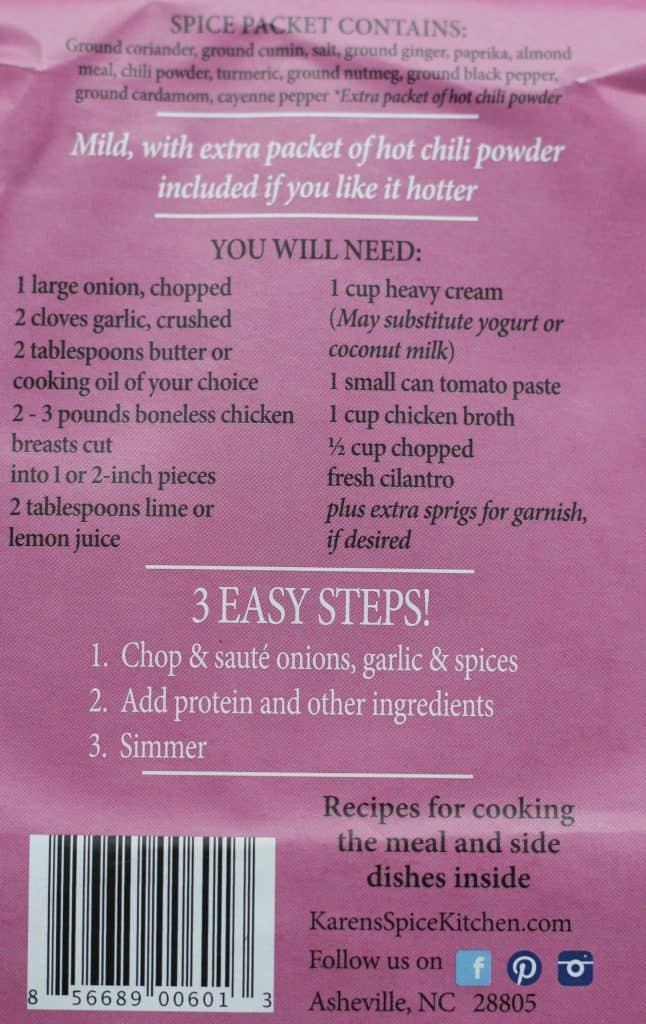 The contents of the bag with an extra set of foolproof directions:

The end result served with a little bit of rice, but could easily be served with Naan as well: 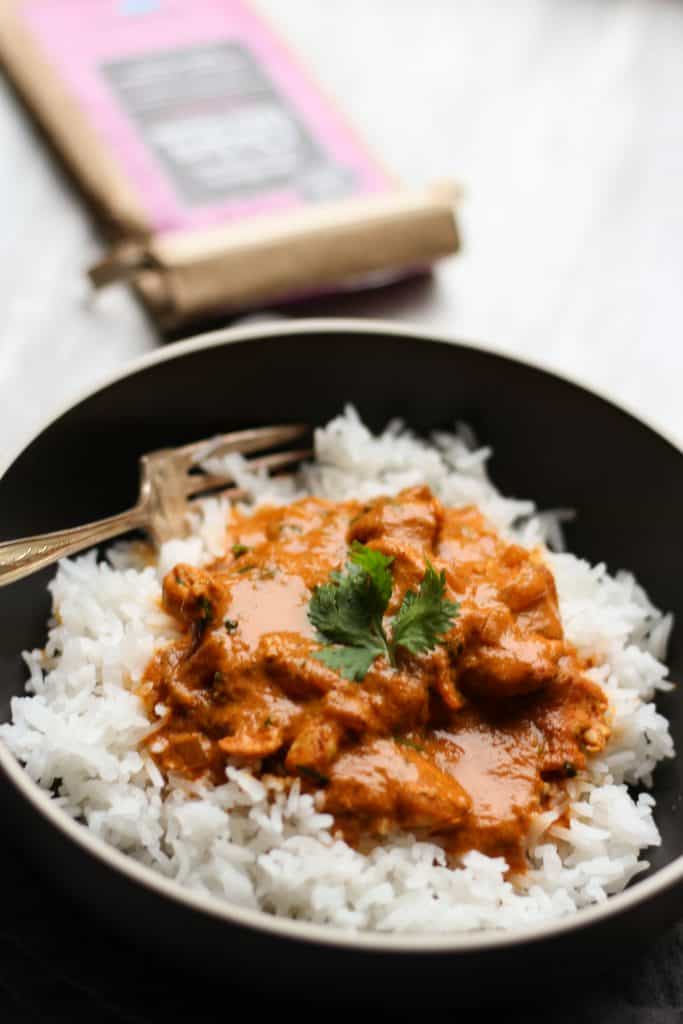 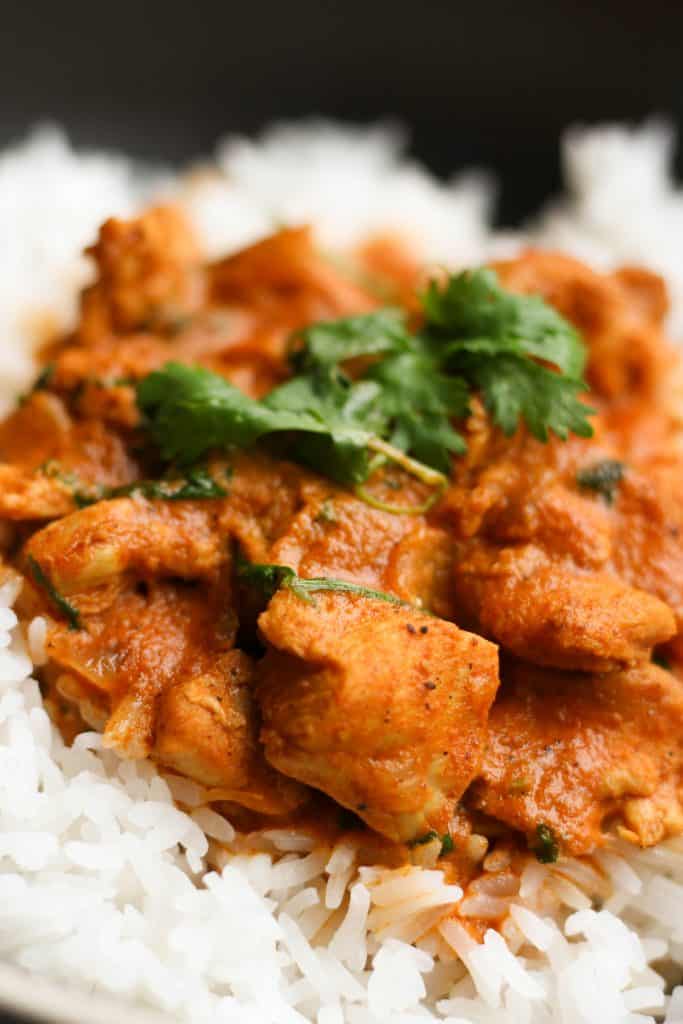 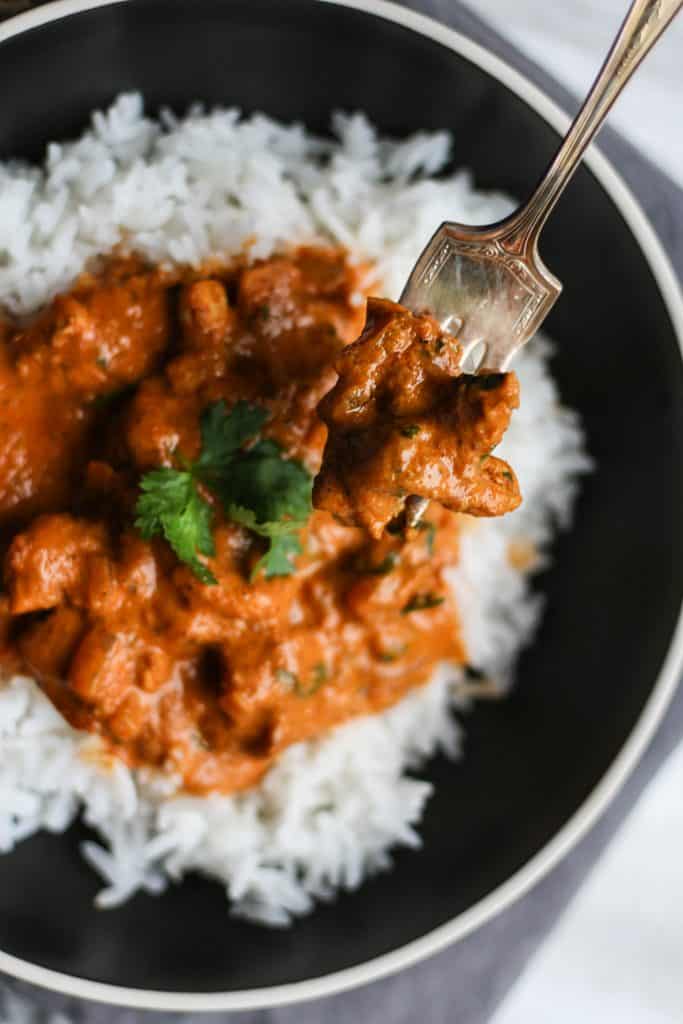 Overall, I really liked Karen's Spice Kitchen Chicken Tikka Masala a lot. I'm not saying that because they sent me the packet. After trying it, I went to their website and purchased this item and a few others to try out. No, really, there are 2 more chicken tikka masala packets, a lamb korma, and shrimp curry heading my way (that part is not sponsored for the record). While initially it might seem a bit pricey for one spice packet, when you figure that you can make about two to three pounds of chicken, this packet is a solid value. I'm excited to try other flavors. For ordering online, check out their online catalogue here.

Thanks again to Karen's Spice Kitchen for sponsoring this post!

More recipes you may enjoy