The pros: Trader Joe's Shrimp Toast is a solid choice for an appetizer. It's chopped shrimp that sit very nicely on top of toasted bread and covered with sesame seeds.

The cons:  Basic in flavor. I was hoping for something more complex. The shrimp were plan. So was the toast. The toast even stayed crisp a day later in the refrigerator. Your only excitement is the sesame seeds here.

The verdict:  For $3.99, these make for a quick party appetizer. There are only 10 pieces in the box so plan accordingly. The title of these couldn't be more accurate. It's basically lightly seasoned shrimp on toast. It's good, but I may pass over this for some of their other appetizers in the freezer section. I really wanted some deeper flavors here. 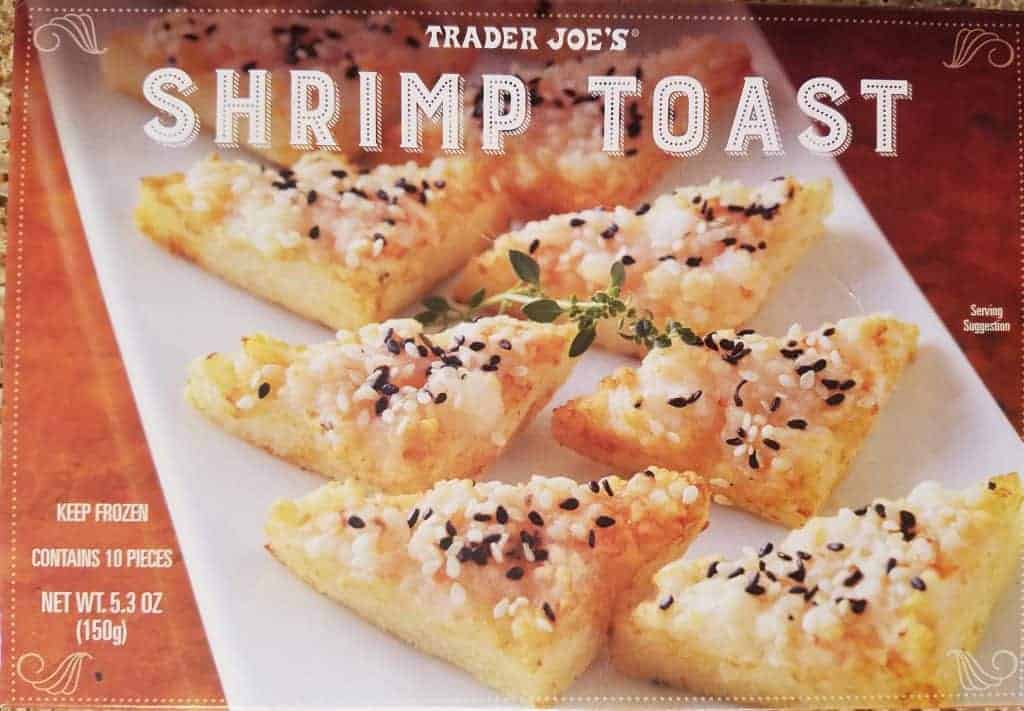 What comes out of the box: 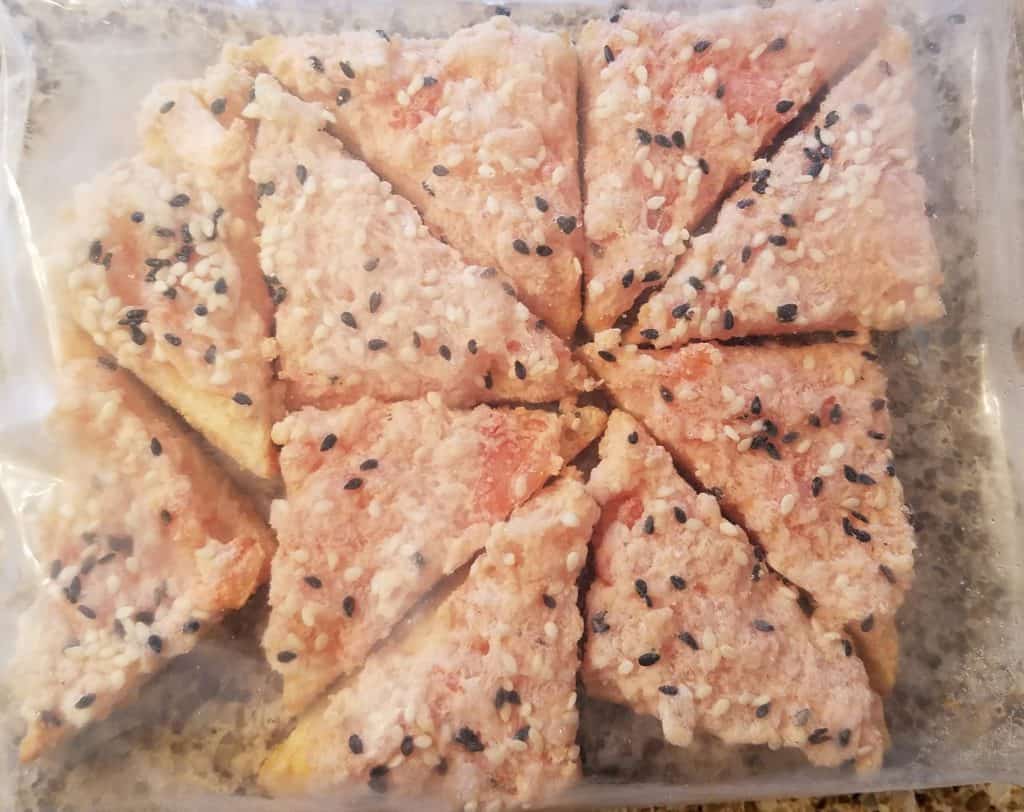 How it came out of the oven: 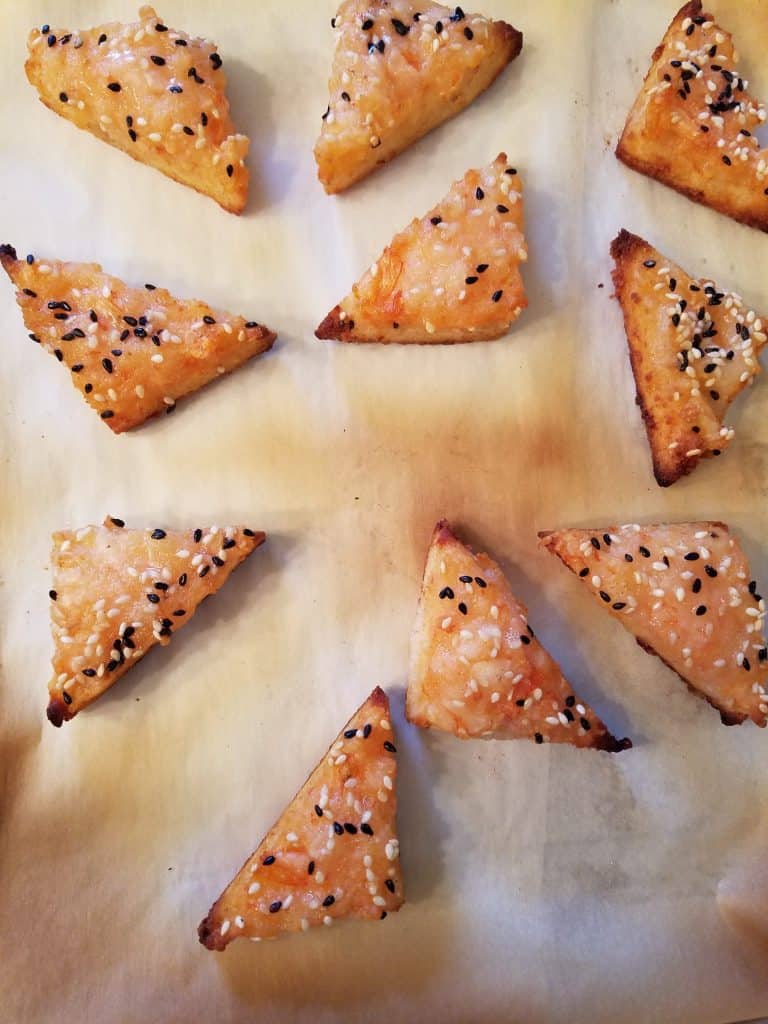 I thought these would make a fun appetizer around the holidays or when we have company. The shrimp is chopped finely and is almost glued to the toaster, so messes should be minimized. I was wishing for deeper flavors here. Perhaps if the shrimp was marinated in something like a soy sauce it would have improved the flavor here. Even the toast was on the plain side. This could have easily had a flavor to it as well. A nice garlicy bread would have worked as well. Would I buy this again? Probably, but there are so many great choices in this category, I might end up passing over it too. It was good, but at the end of the day I didn't think it was awesome or amazing.