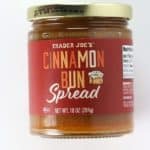 After Trader Joe's released last year's Carrot Cake Spread, I'm now truly concerned about the hype regarding anything in a little jar. Aside from pure disappointment if not outright disgust, I was hoping this jar would be something different. 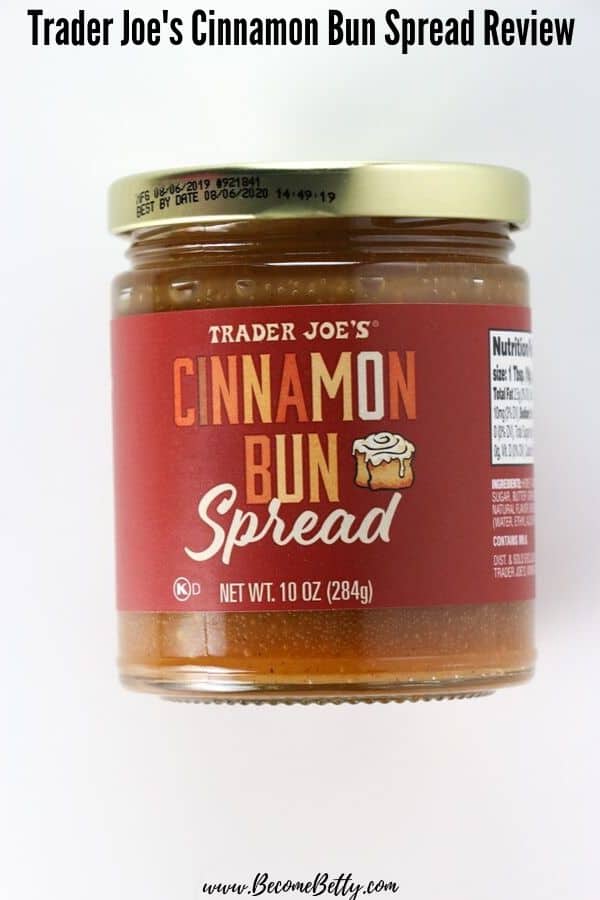 For the most part, this jar is a bit better. Albeit, not too much.

If you go by name alone, it conjures up an image of the slightly crunchy and deeply cinnamon filling that is deeply buttery.

For me, cinnamon buns are something that reminds me of the holidays in ways that few foods do. We always had homemade cinnamon buns, so if you have never had the real thing, it is so vastly different than anything that can ever come out of a can.

However, when you open this jar it is truly a spread. It is smooth and quite spreadable. So if you are hoping for any of the crunch, then you'll need to add your own texture to this.

But my biggest problem here is that rather than eating like a cinnamon bun this is way more caramel-like in taste. Even the cinnamon flavor isn't terribly assertive here. It reminded me more of a dulce de leche than anything else.

So what could you pair this with? Waffles, ice cream, or anything that calls for a bit of caramel-like flavoring. Heck, you could even put this into a crescent roll and make sorta kinda not really cinnamon buns.

Just understand, that this is a seasonal offering, and my receipt reflected as such.

For $3.49 fun to try, but not a winner in my book. This got a lot of hype on social media thanks to a really clever name. But it never truly lives up to a cinnamon bun.

Would I buy this again? Nope, Trader Joe's Cinnamon Bun Spread is a one-and-done from me. No need to stock up on this one as it didn't hit it out of the park for me either. However, it was way more palatable than the Carrot Cake Spread. 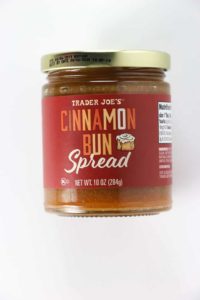