The pros:  Trader Joe's Ghosts and Bats are a fun seasonal potato chip like snack. These are also gluten free.

The cons:  Seasonal. These remind me of a combination of my favorite chips. I do wish they could add some more flavoring here.

The verdict:  If I could only reach for one potato chip, I'd probably reach for Pringles. I know they only mildly count as a potato chip since they aren't quite like other ones out there. They are too perfectly shaped to be just slices of potatoes. They are pressed and formed into their familiar uniform shape. Other brands have made similar chips to those.

These oddly remind me of Pringles. Just not quite. Pringles are very thin, these are a bit thicker than Pringles, and come in less than uniform shapes. However, in terms of flavor, these felt similar in taste on some levels. It had that unique potato goodness in taste, but in terms of texture, these sort of reminded me of a very thin rice cake. They are slightly salted, but they could have been improved with some solid flavoring (sour cream and onion would have been nice). However, other than being a touch bland, these were pretty good.

These were a touch salty and nice and crunchy. Perhaps it's that familiar potato flour/starch combination. These were nowhere as thin as a Pringle which leads them to have a different texture. That texture seems closer to a very thin popped rice cake than anything in the potato family that I've ever tried before. In either case you are getting two pretty popular snack items in one bag.

Almost as addicting as a tube of Pringles. Keep in mind these are seasonal. With shapes like Ghosts and Bats they aren't going to be shelves very long, but they are a flavor I wouldn't mind eating in other shapes in the future. For $1.99 they won't break the bank either. Worth a try if you are at Trader Joe's.

The bag of Trader Joe's Ghosts and Bats: 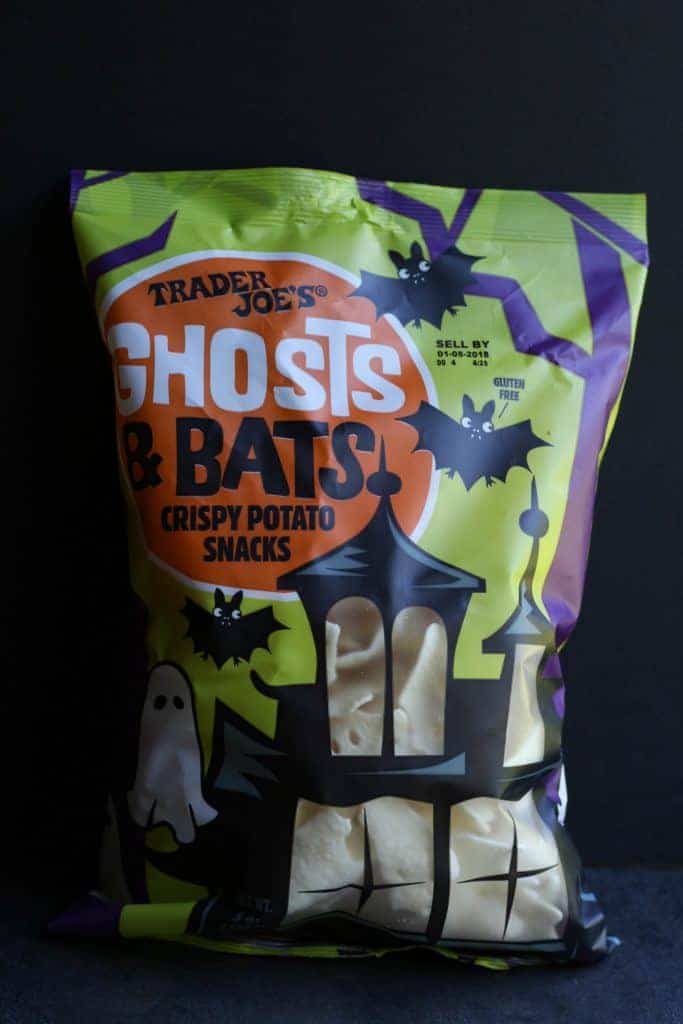 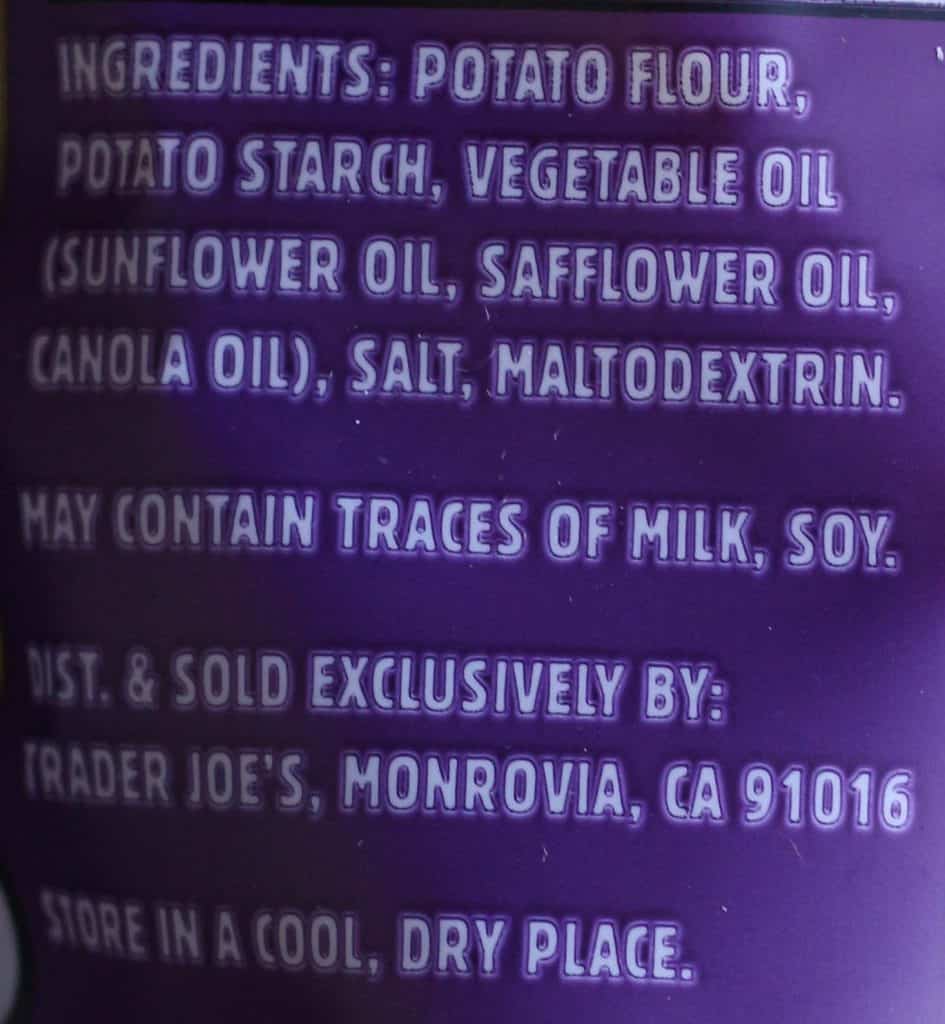 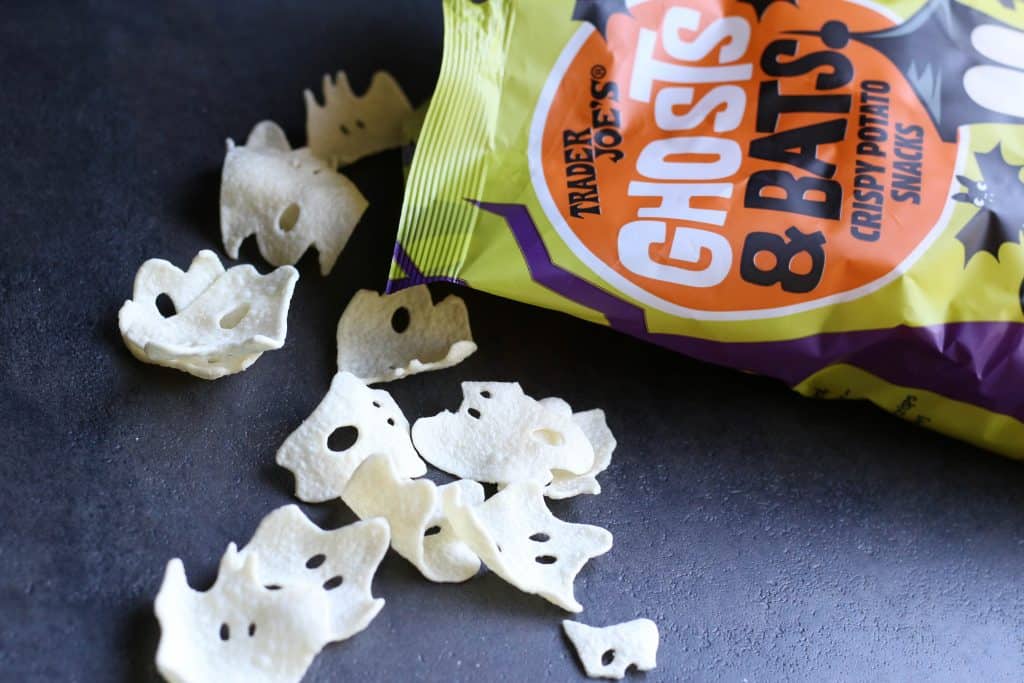 Would I buy this again? Overall, I really liked Trader Joe's Ghosts and Bats and so did my husband. Chips go quickly in my household. Being a seasonal item, these might go quickly as well. They are worth picking up while they last.