The pros: Trader Joe's Organic Peppermint Cinnamon Tea will seem like a slight odd if not unpleasant flavor combination, but some how these two play nicely together.

The cons:  Some of my tea bags had some issues. I had a few stray tea leaves floating outside the bag.

The verdict:  Just before the pumpkin products landed at Trader Joe's, two new teas made their debut: this product and Trader Joe's Moringa Mango and Ginger Tea. I know what you are thinking: this a really weird combination. But hear me out. When most Americans think of cinnamon, we actually think of something called cassia. Real cinnamon is soft in flavor, which is why cassia is often used in the place of real cinnamon. For more information on the difference between the two, then see this article on Mother Nature Network.

The back of this box makes it clear that this cinnamon. This product is also made in Sri Lanka and tastes nothing like the assertive cassia cinnamon that many of us are familiar with. This tea is seems like a peppermint tea, but with a slight heat (not from the water) at the end. It's the strangest combination I've tried so far, but if you enjoy peppermint tea then you'll probably like this. The highlight here is the fact that cinnamon is supposed to have lots of health benefits which hopefully transfer to the tea itself.

For $2.99 this tea is priced well and isn't over packaged. Within the box there is a plastic bag with 20 pyramid-shaped tea bags. My biggest complaint isn't about the flavor, but about the construction of the tea bags. I did get some loose tea floating around my cup. Some cups were worse than others. Nothing terrible, but very few of my cups of tea were totally clear.

Otherwise, Trader Joe's Organic Peppermint Cinnamon Tea isn't a bad tea to reach for. Each tea bag will make a cup of tea about 20 ounces in size. Yes, I know what the directions say. I do enjoy seeing how far I can stretch my tea collection. 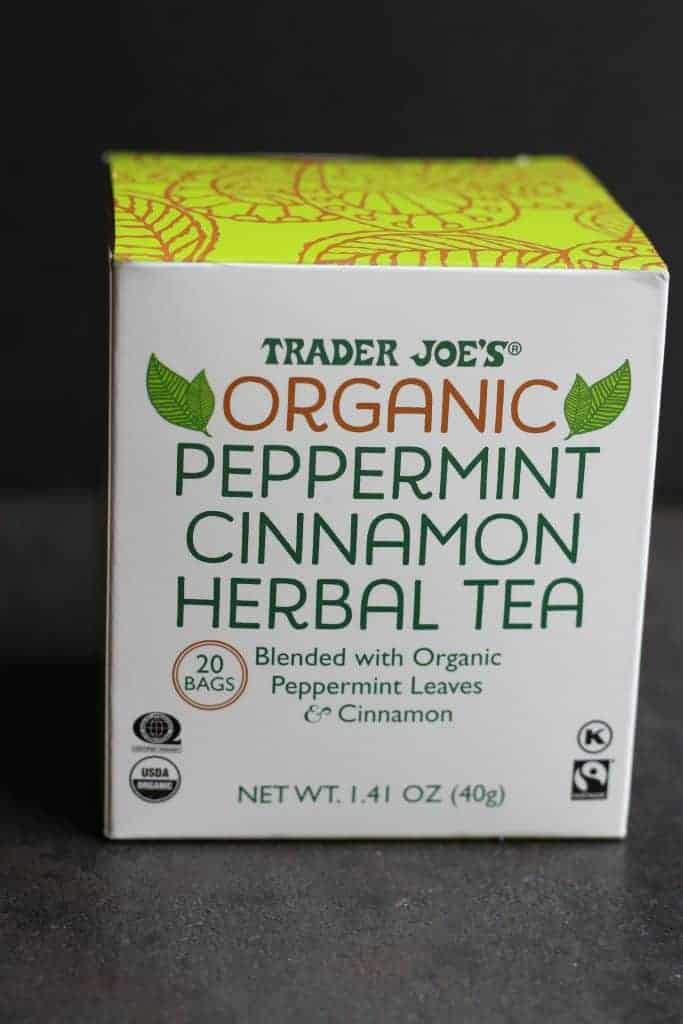 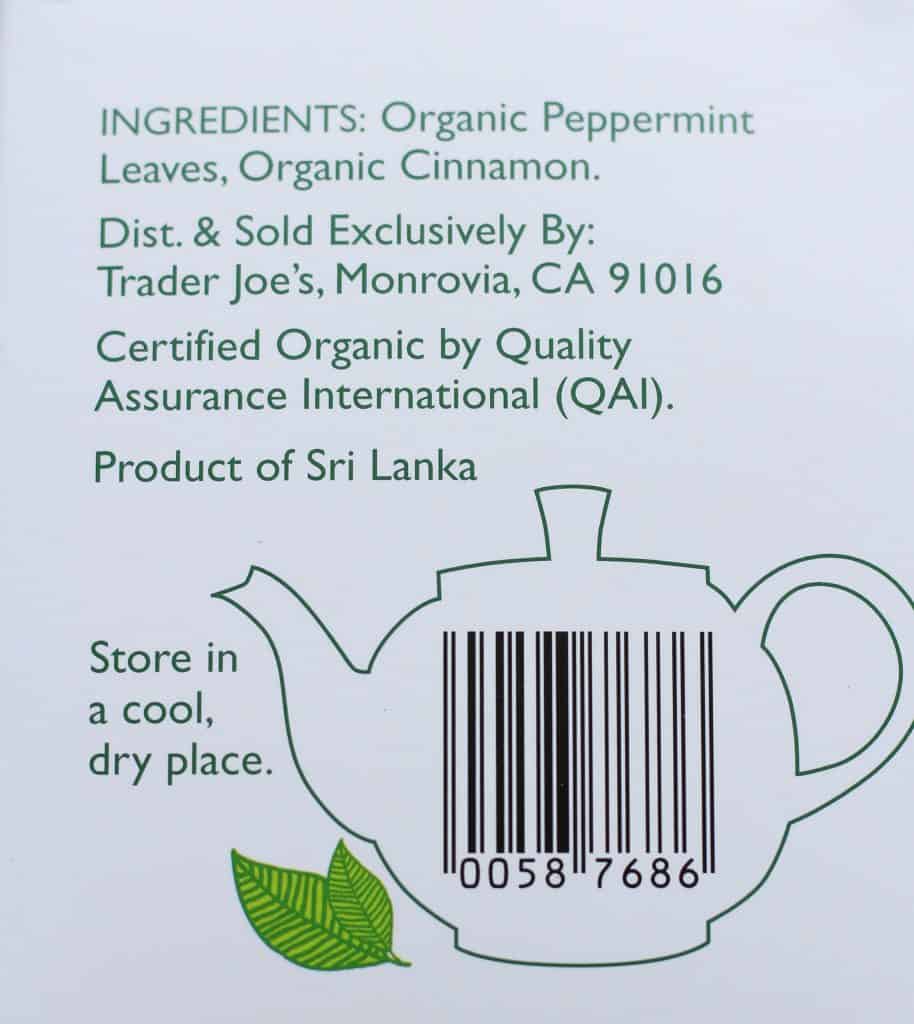 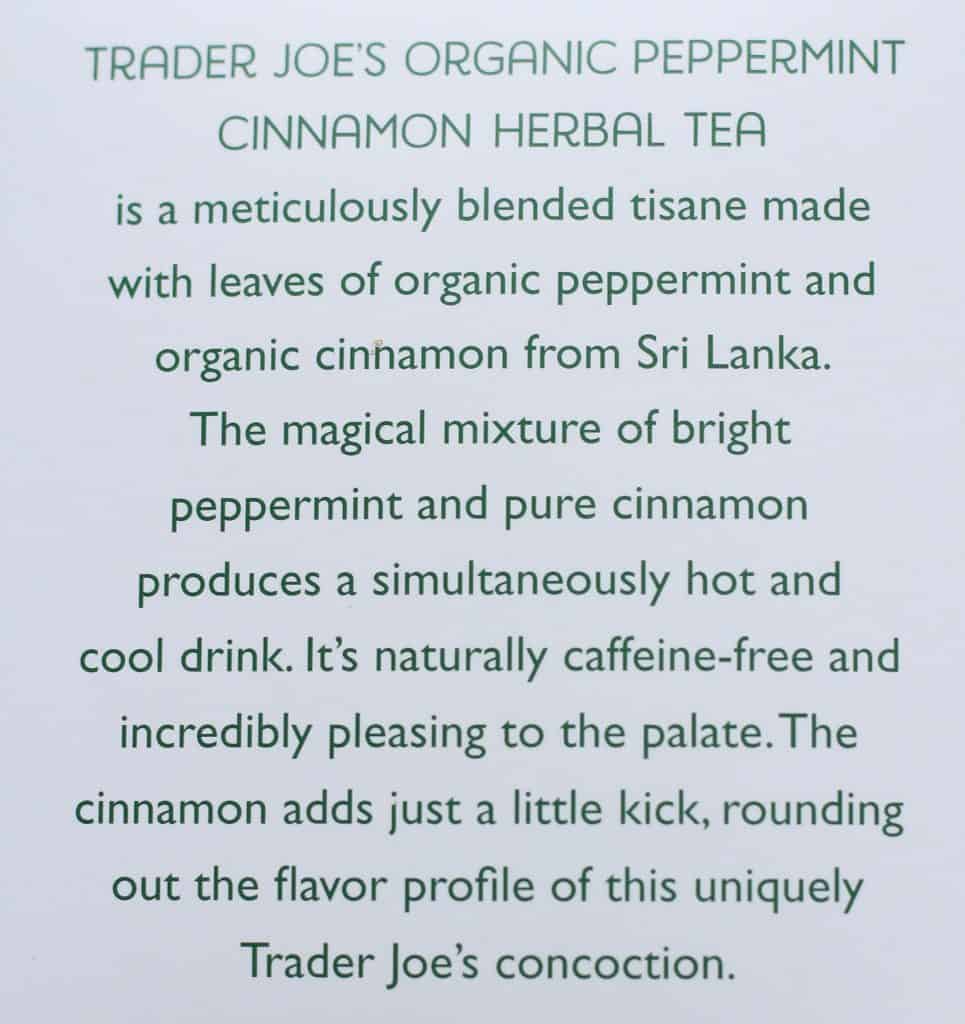 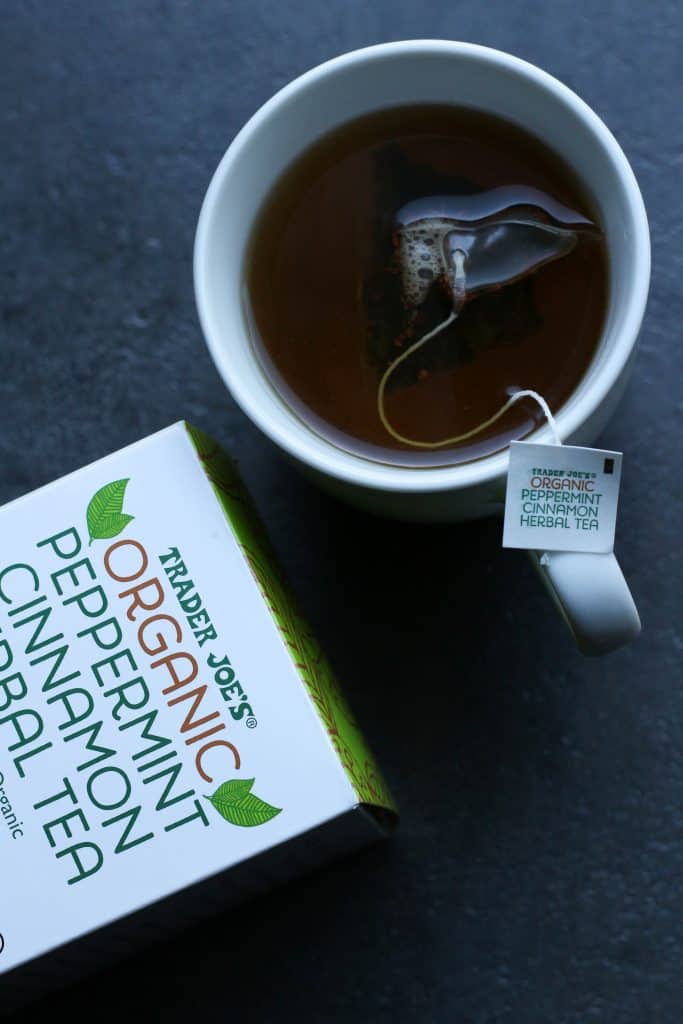 Would I buy this again? If I run out of Trader Joe's Organic Peppermint Cinnamon Tea, then yes, I would reach for it again. However, I hope that Trader Joe's Candy Cane Tea is returning to shelves soon. That was hands down the most pepperminty tea that I've had in a while.