The pros: Trader Joe's Stuffed Lobster Halves is a dish that is not frequently available in many grocery stores. In fact you'll be hard pressed to find it in many restaurants that are done well. I saw lobster and my eyes lit up and wallet immediately opened as I won't have to harm this creature as someone already beat me to it.

The cons:  Look at the picture on the box. See what's missing from the lobster. I only realized it when I got home and was eating it. It says "filled with lobster." They removed half the lobster before it's reached you. A fresh lemon is still required to brighten up the flavor of the stuffing.

The verdict:  For $16.99, this is on the high end of some of the things that Trader Joe's offers. Price aside, you'll be hard pressed to find lobster in the freezer aisle. Where I am angry at the product is that unless you investigate the picture closely, you'll completely miss the misleading nature of the name "Stuffed Lobster Halves." Most rational people would think this means the lobster is cut in half. To the contrary, after polishing off the lobster you may come to the same conclusion I did:  Where's the claw? The answer is it was removed and never made it into the box here. So they are literally selling you half of a lobster cut in half. Will I buy this again? No. 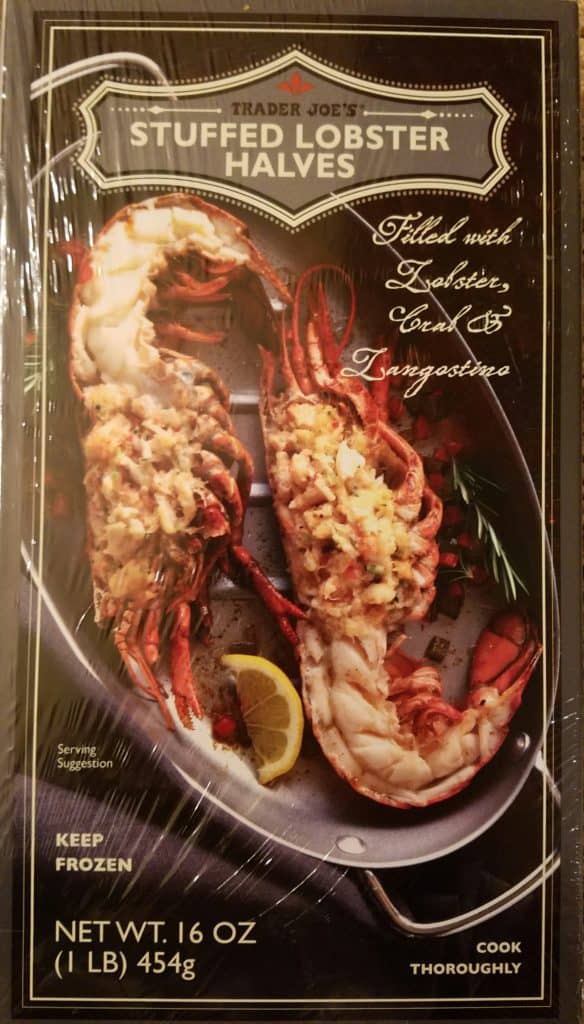 Watch the wording of the description: 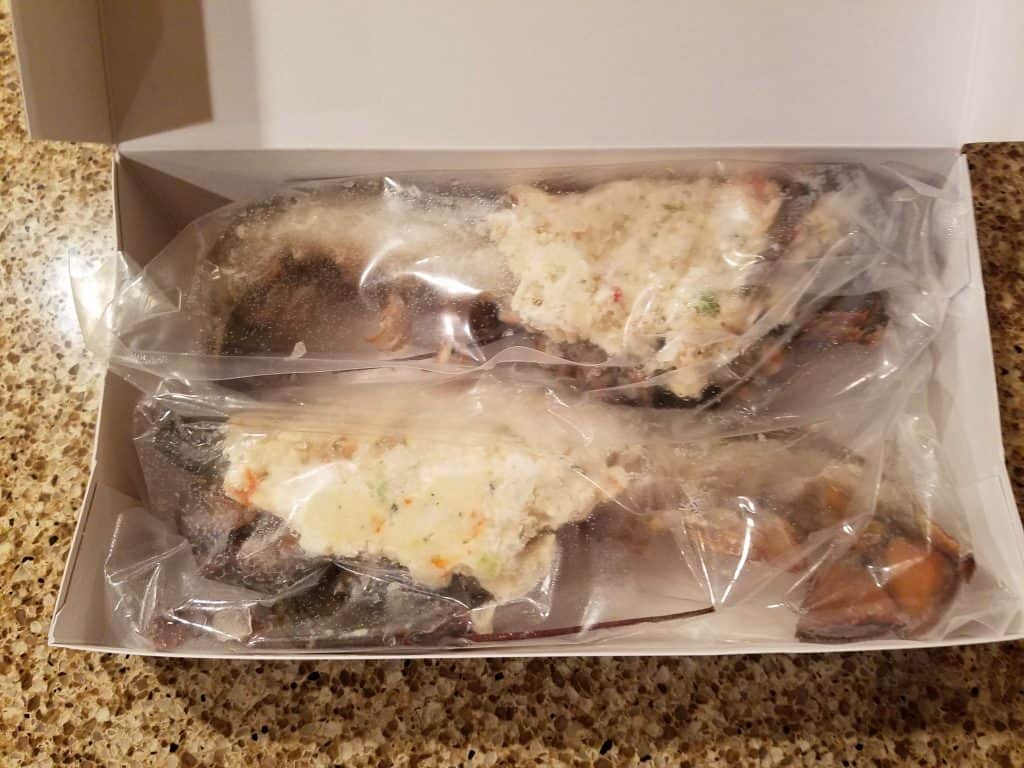 Before going in the toaster oven for half an hour: 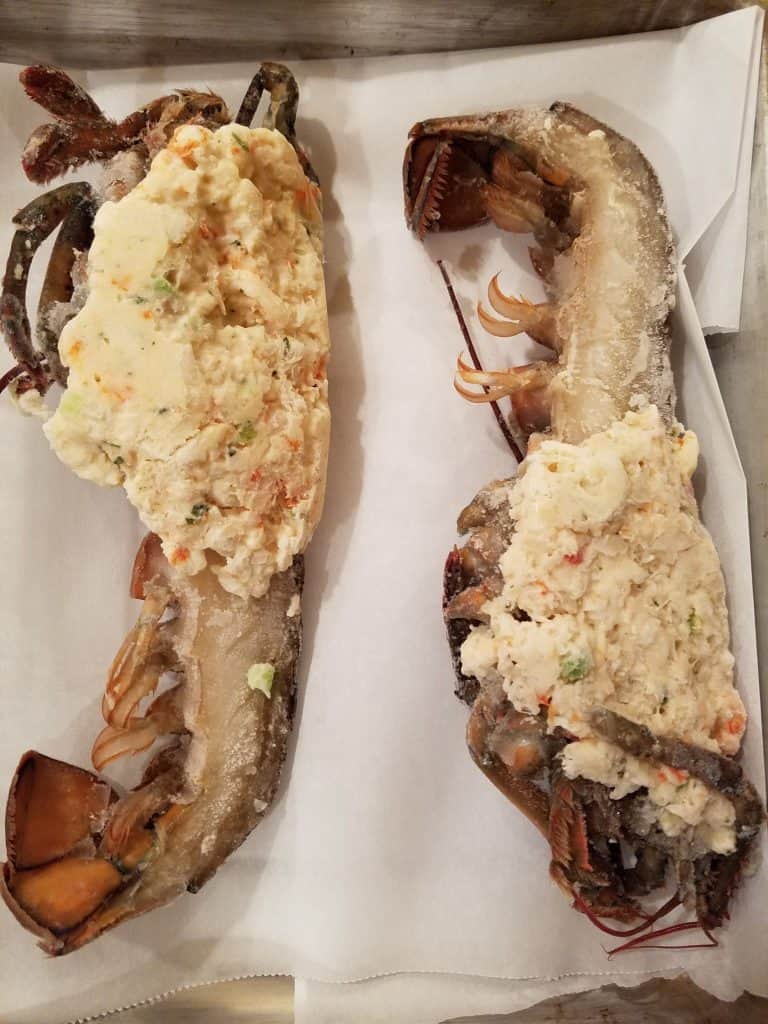 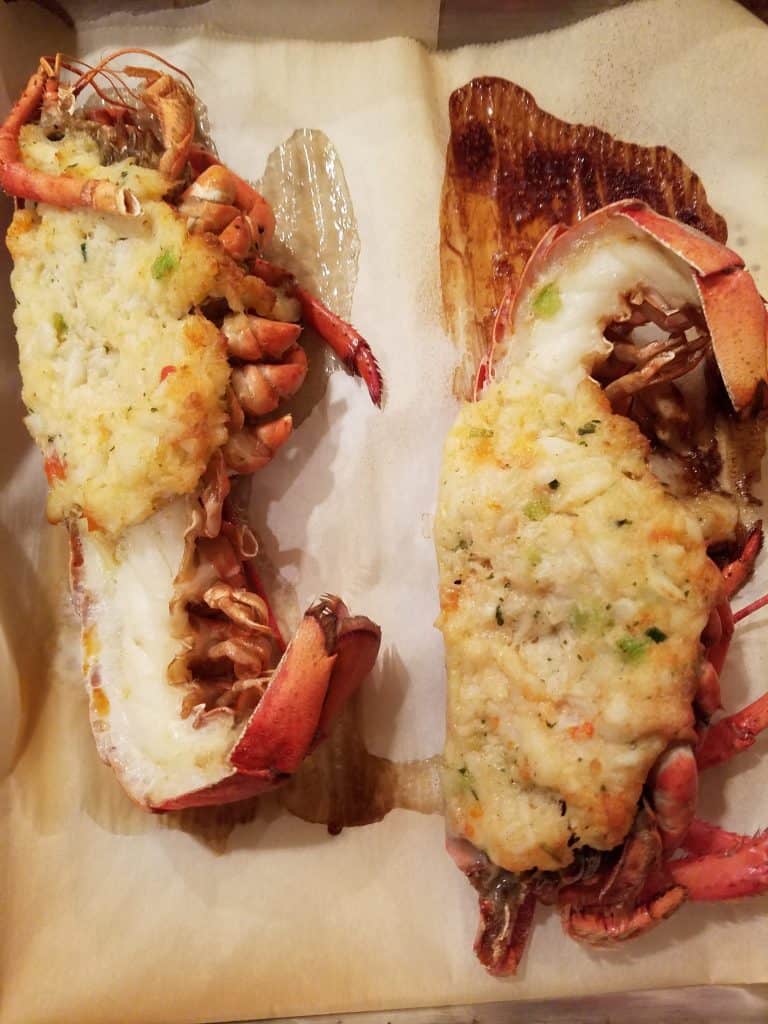 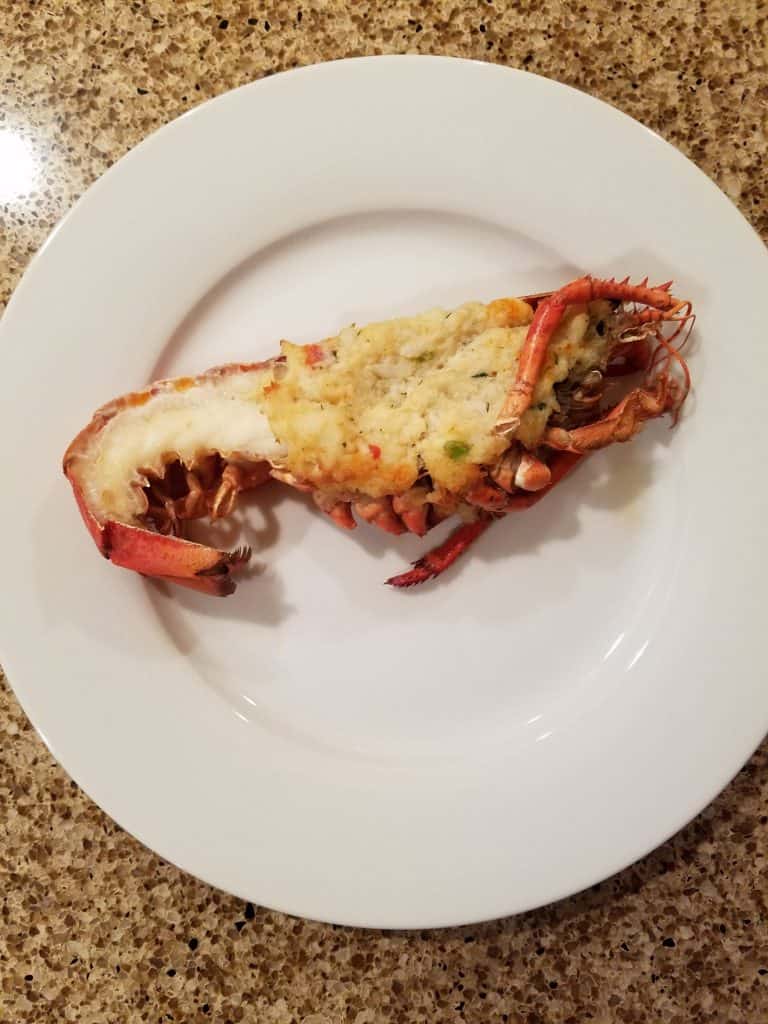 After devouring the first half I flipped it over looking for the claw (clearly I hadn't read through the description): 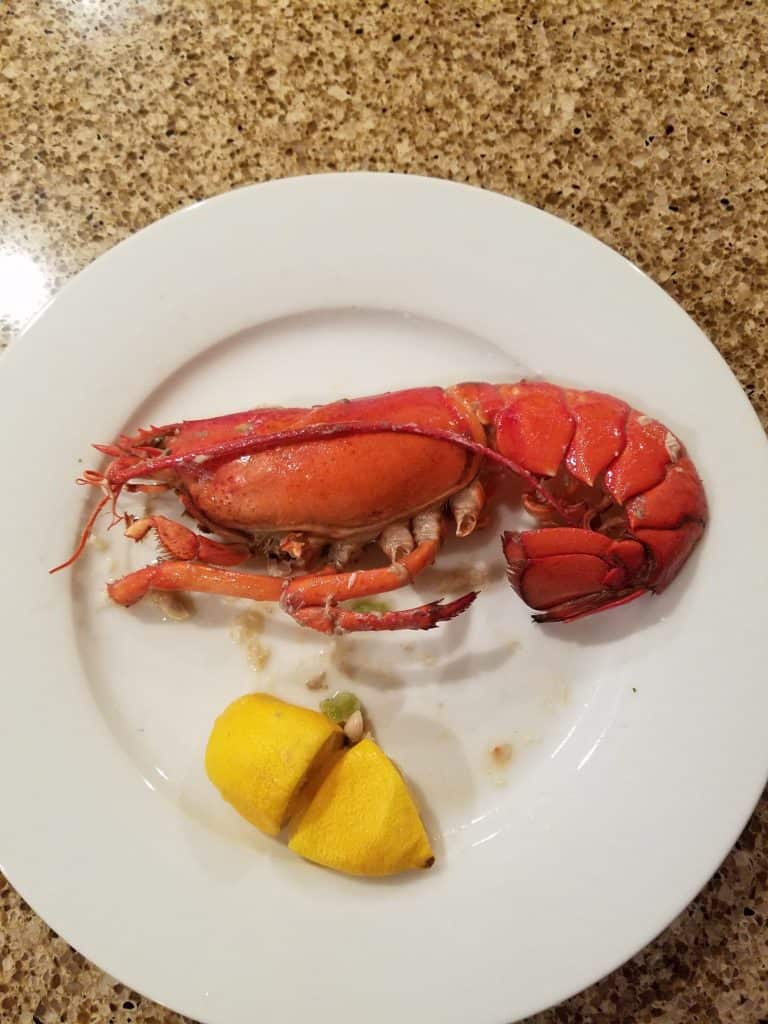 Would I buy this again? This for me this is a no. Should you buy it? If you have no intention of making lobster yourself, meaning you are too cowardly to kill a living thing but appreciate eating them, then this might be for you. However, if you've done it before then stick with that way. It'll work out to be cheaper for you as they haven't already removed half of the lobster meat for you. The stuffing was mediocre, it was mostly a stuffing with small pieces of langostinos, only microscopic amounts of crab and lobster. The lobster that was in the tail is excellent but will only serve one person at most. In fact after eating the whole thing I sought a second dinner. For the price, it is unlikely I'll be buying it again. I wanted to like it and enjoyed it until I realized that half of my lobster had already been removed. Sorry Trader Joe's, not good enough for $17. After eating both halves, I'm now going to search through the refrigerator to eat something more filling.