The pros: Trader Joe's Turkey Pot Pie Bites has made an appearance just after everyone has finished their turkey dinners. This is a decent appetizer.

The cons: Not one of the best appetizers that Trader Joe's sells. Also, this item is seasonal.

The verdict:  While Thanksgiving is over and the whole turkeys have disappeared from the refrigerated case, however another turkey item has made its way to the frozen aisle.

Now, there are lots of good appetizers that I would absolutely serve to company. But I would pass on this one. Not that this is bad or had me wondering who at Trader Joe's approved this appetizer. It's a decent appetizer. However, it's just not their best.

The turkey flavor was so muted I felt like the pastry overwhelmed the flavor on these. If I were naming this based on taste, then I would call them Veggie Pot Pie bites with turkey. I was wishing for something more to make the turkey stand out. But the peas, carrots, corn and mushrooms basically stole the show.

The crust on these was nice, crisp and firm. These were far more enjoyable at room temperature than they were hot.

For $3.99, these were just alright. They weren't standouts, but they were not inedible either. They just seemed unbalanced in terms of crust to filling and the turkey was hidden by all the veggies. 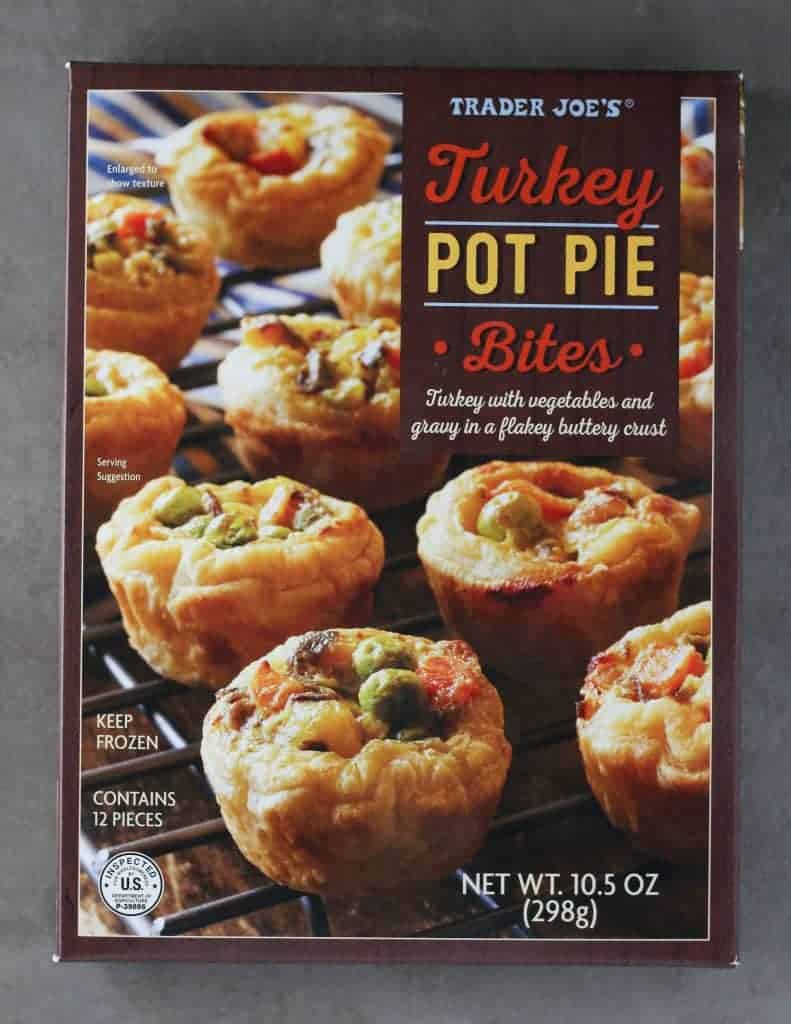 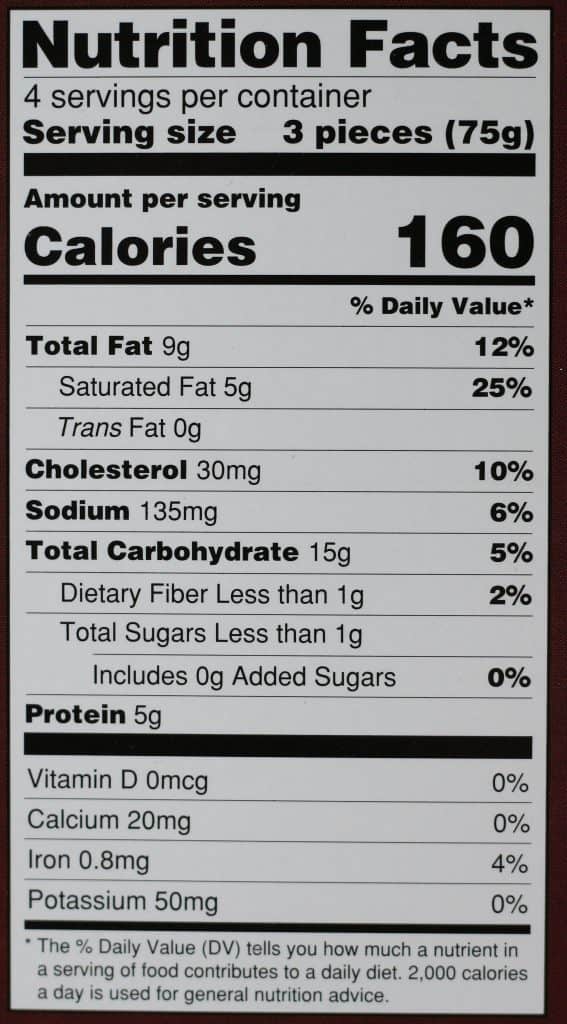 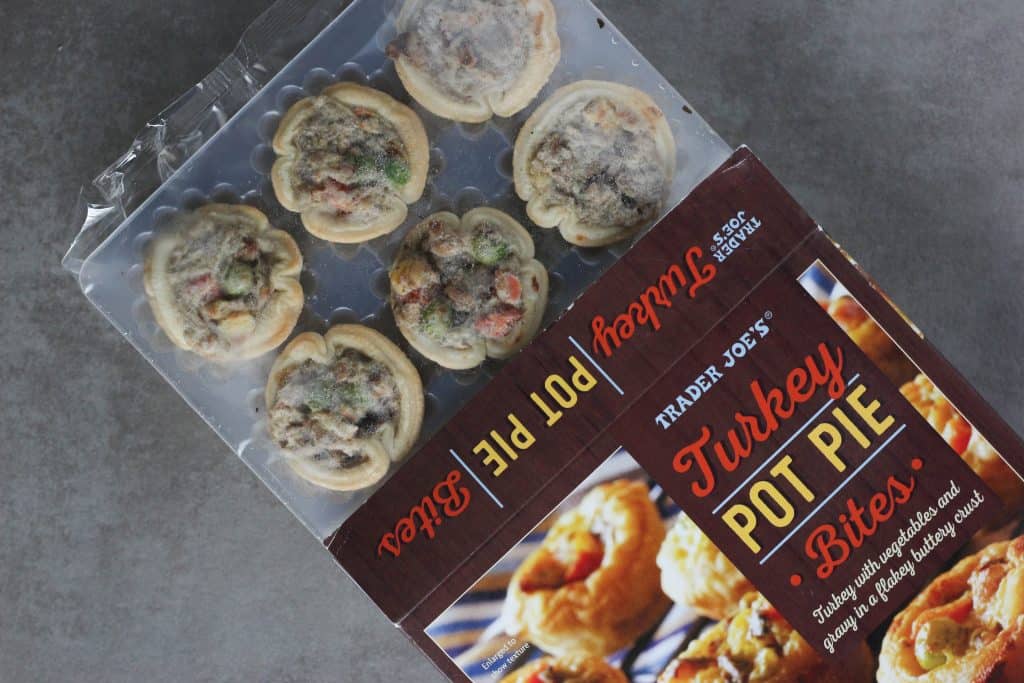 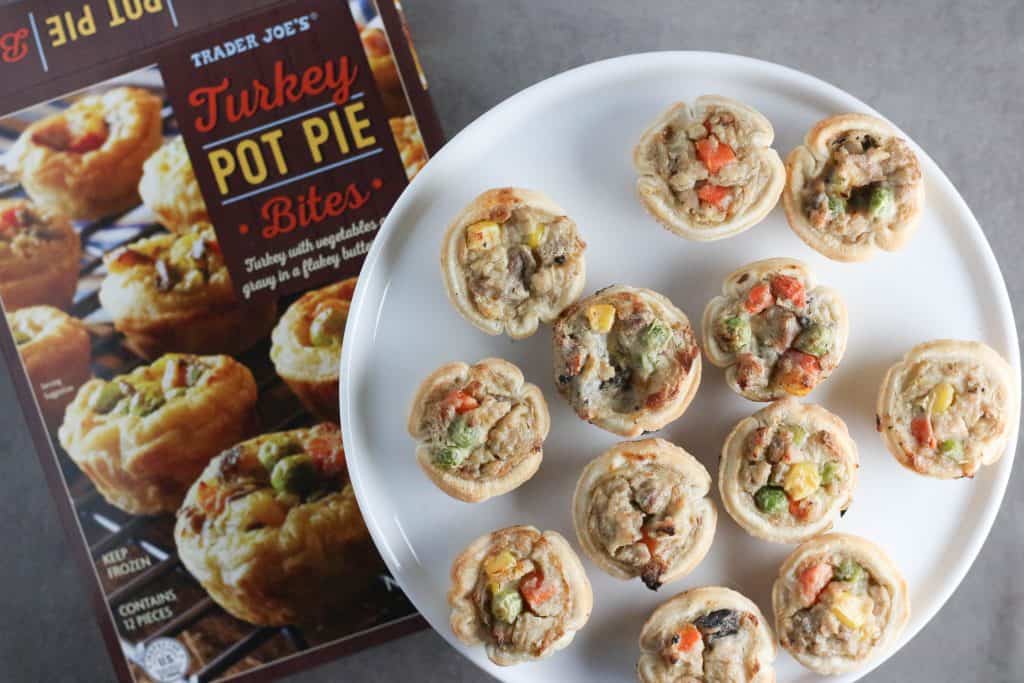 Would I buy this again?  No, I would not buy Trader Joe's Turkey Pot Pie Bites again. I think there are better appetizers out there.