The pros:  Really tasty chip where the flavor will hit you at different points. Yes, Trader Joe's Turkey Stuffing and Seasoned Kettle Chips will remind you of a really paper-thin crunchy stuffing. Which on a potato chip is very tasty. Stuffing if the most pronounced flavor here.

The cons:  Visually they will remind you of sour cream and onion so if you don't warn people it would be quite amusing to see their face react.

The verdict:  For $1.99, this sounds like something that should be featured in a Willy Wonka factory. But being that this isn't some candy coated confection, it reminded me of Thanksgiving minus the cranberry sauce. If these chips were thicker I would say, yes dip them in some cranberry sauce. Given the fact that these are thin cut, then I would say don't dip them in anything too moist.

Here is the visual rundown on this product. My final thoughts follow. 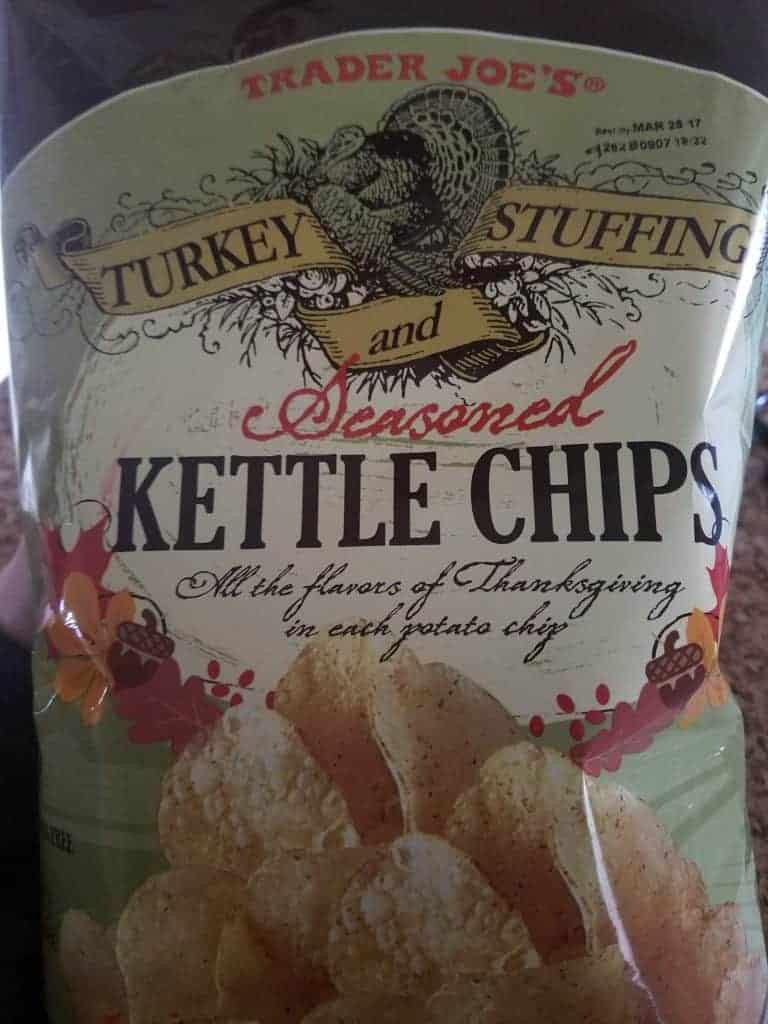 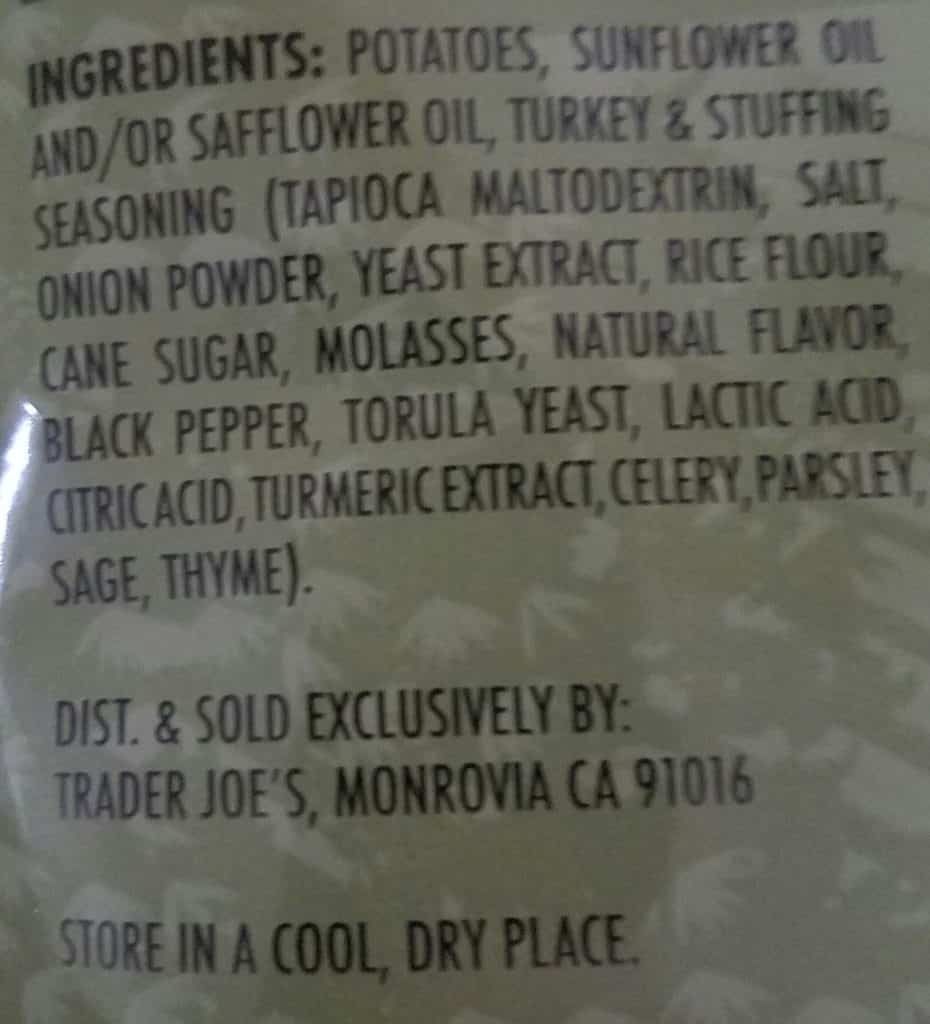 Would I buy this again? For me, this is a yes. My husband and I found this to be strangely addicting. They were crunchy like kettle chips, visually looked like sour cream and onion, but had the unexpected herbal flavor of Thanksgiving. Specifically stuffing was the flavor that came through the most with a hint of turkey. I just wish they could make these a bit thicker so they could be dipped in some cranberry dip. Just sayin'. 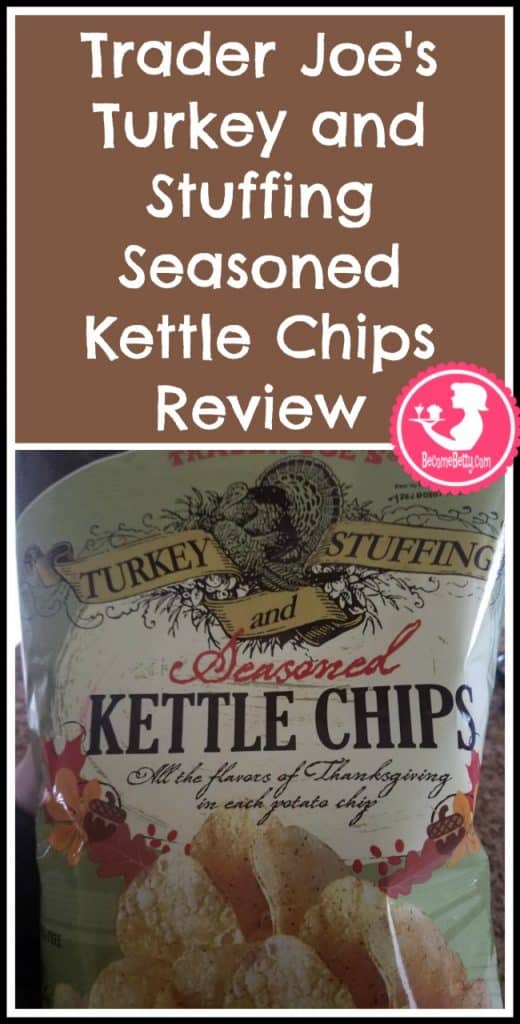 img class="alignnone size-full wp-image-22758" src="https://www.becomebetty.com/wp-content/uploads/2016/12/TraderJoesTurkeyandStuffingSeasonedKettleChips.jpg" alt="Trader Joe's Turkey and Stuffing Seasoned Kettle Chips review. Want to know if this is something worth putting on your shopping list from Trader Joe's? All pins link to BecomeBetty.com where you can find reviews, pictures, thoughts, calorie counts, nutritional information, how to prepare, allergy information, and price." width="520" height="1024" />
4