The pros:  Trader Joe's Curried Carrot and Cashew Dip is a spin on hummus.

The cons: It's not really that well executed.

The verdict:  I love a good hummus and frequently bring it as a snack to work. I figured it would be a good match. Plus, if you have readers asking you to review it why not right? Well, I'm here to say I'm pretty disappointed in this one. Don't get me wrong. It wasn't bad or inedible. It just wasn't as flavorful as I hoped it could be.

I'm not sure how this product is so muted in flavor. The ingredient list indicates that there should be quite a bit flavor here. There are things like ginger, curry powder, and soy sauce. Cashews are known to be quite creamy when pureed and carrots have good flavor when cooked properly. However, this still feels unbalanced and pretty darn bland. I was expecting a real pop of flavor and it just wasn't there.

Beyond the flavor, this product had a texture that tried to be like a hummus. Instead of the texture of hummus, this had the remaining texture of the carrots but the visual aspect made it seem like there would be small cashew bits. Beyond the sweetness of the carrots, I did get some of the flavor of the ginger but it seemed sweet and not spicy. I'm not sure how they hid the curry powder. Eating this I almost felt like I a judge on chopped and wondering where the basket ingredient of curry powder went. That is an assertive flavor. It was assertive in Trader Joe's Golden Spiced Chocolate Bar but did not really come through on this product.

The container of Trader Joe's Curried Carrot and Cashew Dip: 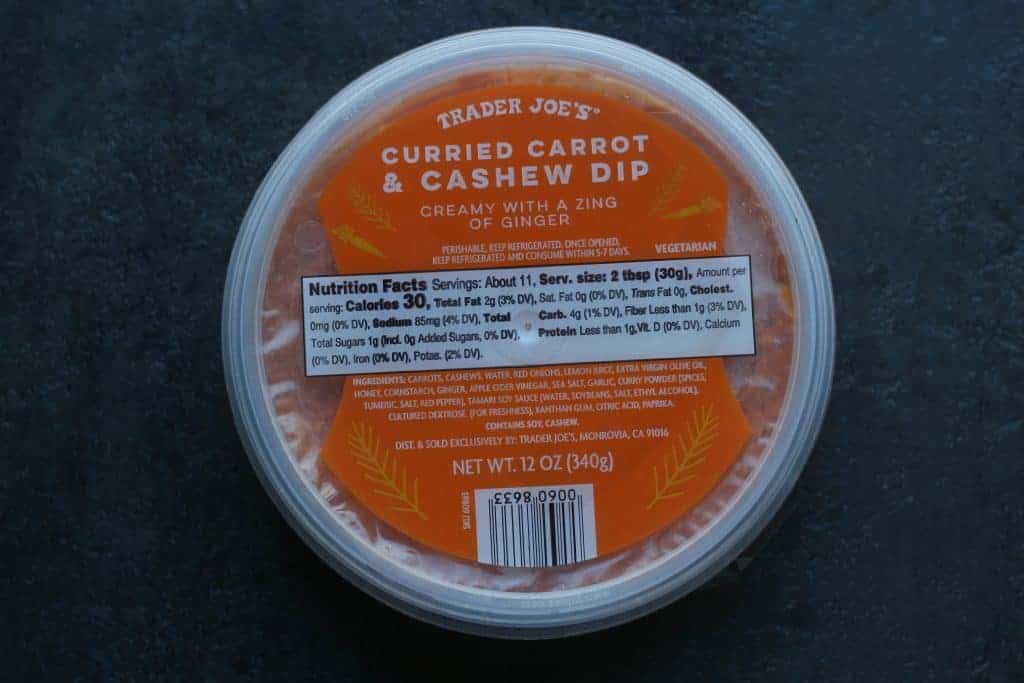 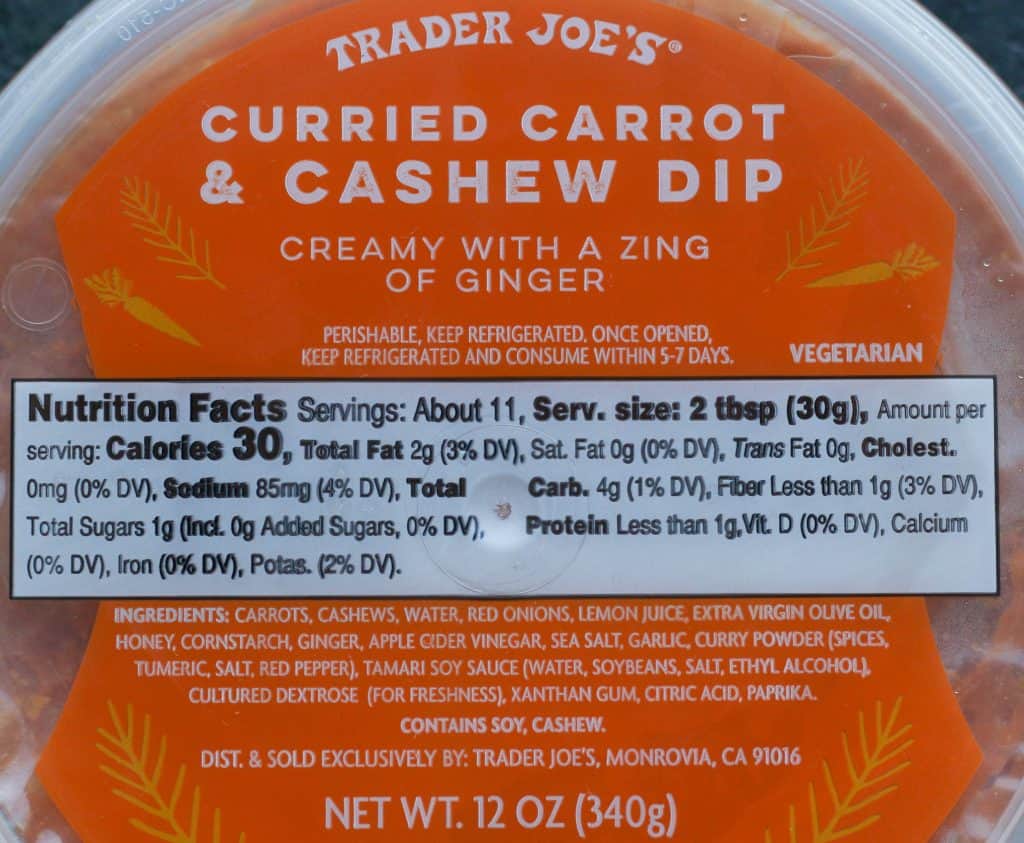 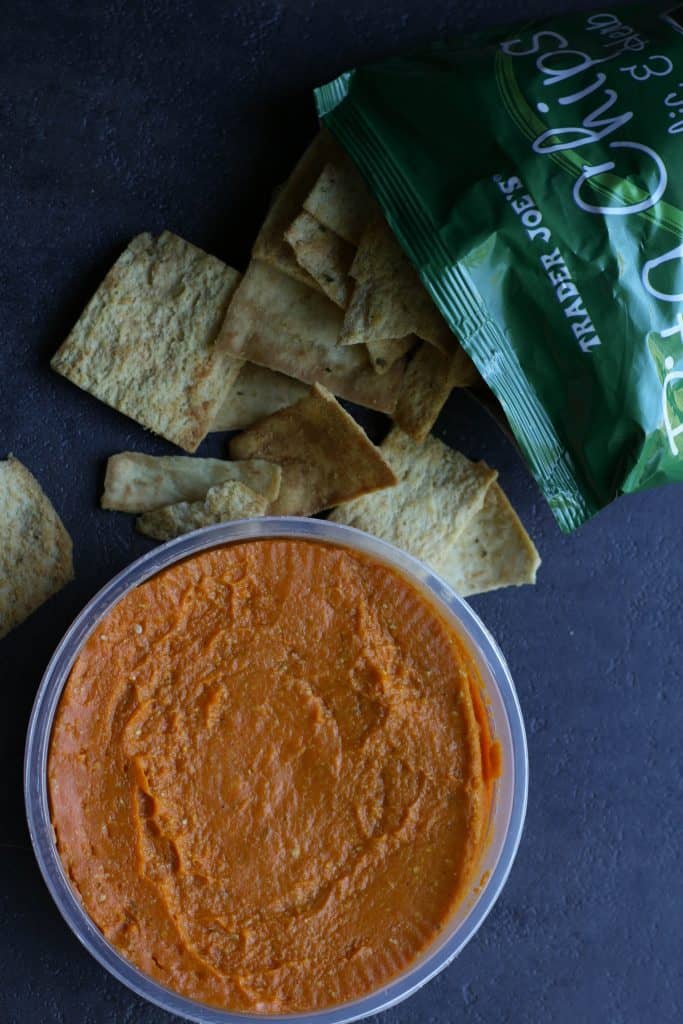 Would I buy this again? No, I would not buy Trader Joe's Curried Carrot and Cashew Dip again. While it wanted to be a hummus, there was no comparison on the level of flavor between the two.