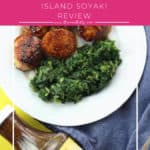 Once a year Trader Joe's Island Soyaki hits shelves. Yes, it sounds a lot like soyaki but this one is much more tropical in taste. 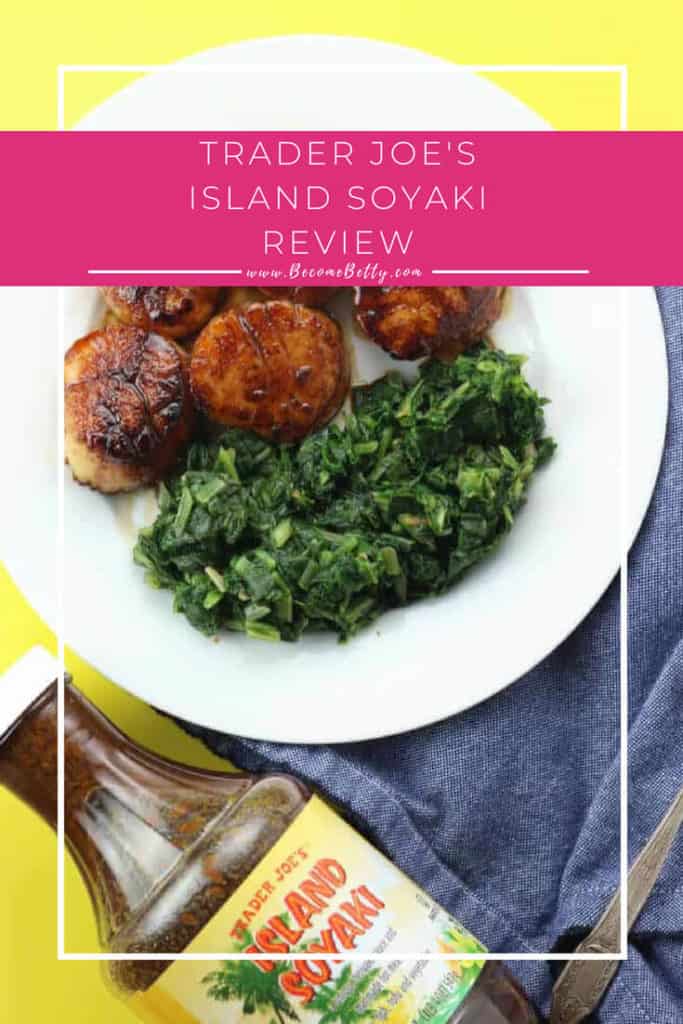 It's July and it's been hot as anything. So, cooking is not high on my priority list. So consider this review a continuation of a previous night's scallop review.

I have my fair share of marinades sitting in my cabinet waiting to be used. So reached for this one. They do sell a similar-sounding Soyaki marinade, but I haven't cracked that bottle open just yet.

What stands out about this marinade is the obvious island theme of this bottle. It's bright, yellow, and makes me think about the time I spent in the Caribbean.

Being that it is hotter than the Caribbean here in New York lately, this was the bottle I went for.

This dark-hued liquid looks nearly identical to the similar-sounding Soyaki marinade with at least one notable exception: pineapple.

If you want your meat to be tender, then marinade it in pineapple juice. Pineapple juice contains an enzyme called bromelain which can make meat more tender. Not all pineapple juice has this ability. If the juice is canned, powdered, or bottled the enzyme will be destroyed in the process. If it's fresh or frozen, then it is still intact.

In either case, I marinaded the scallops for about 20 minutes before putting them in a super hot pan in an effort to cook in under 5 minutes. The marinade bubbled and created a dark-colored glaze on the scallops that I had.

The flavor here is primarily teriyaki in all of its rich soy sauce flavor. But other flavors are very much there as well. Ginger and sesame were present as was the acidity from both the pineapple juice and vinegar. The sesame seeds were there but did not seem to play a major role. The sesame oil added the flavor.

This is a solid marinade. It was a bit strong for my liking as a dipping sauce, but if you are a teriyaki fan then you may like this twist on a classic.

After being used to marinate some scallops:

Would I buy this again?  Yes, I would buy Trader Joe's Island Soyaki again. 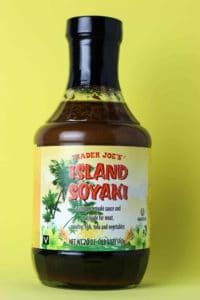 Trader Joe's Island Soyaki is a seasonal marinade that makes an appearance usually in the summer months.