The pros: Trader Joe's Pepperoni Pizza Mac and Cheese bowl has elements of both pizza and mac and cheese.

The cons:  Did not really remind me of pizza and it was watery from the microwave even though I put lots of holes in the plastic covering.

The verdict:  Tucked away in the freezer aisle, hidden with the other Mac and Cheese options was this new product called Trader Joe's Pepperoni Pizza Mac and Cheese Bow. For $2.99 you are getting a 12 ounce portion of pasta that has cheese and 8 slices of pepperoni on top. The pasta here is elbow macaroni. There are two options to prepare this: either in the microwave or in the oven. I opted for the microwave as it is less forgiving, less time consuming and I was hungry.

After four minutes (yes, I know the box says 5-6) in the microwave a hot pasta appeared with thoroughly melted cheese, red sauce, hot pasta, and pepperoni. Mine was bubbling more than a volcano on Hawaii. Looking at the name it's both accurate and confusing. While it has elements of both pizza and mac and cheese, it manages to be both and neither. The mac and cheese was nowhere near as cheesy as any of the other varieties in the line. In fact, the red sauce might had added enough liquid to make this just a touch watery even though I put plenty of holes through the plastic. The pizza element was missing some bread or crust. The pasta was tender and not al dente.

Overall, I liked it, but I'd reach for other mac and cheese varieties over this. Similarly, if I want pizza, I'll reach for a pizza. I just felt this was too close to a ziti. Perhaps if Trader Joe's actually made a pizza topped with mac and cheese, then I'd be more on board. It was good. It was edible. But was it worth 600 calories? I'd say no. It's something I'm buying this one time. I really had higher hopes and expectations based on the name. I think if you are a pepperoni and red sauce fan, it's worth a try once. Just adjust your expectations on the cheese front.

The box of Trader Joe's Pepperoni Pizza Mac and Cheese: 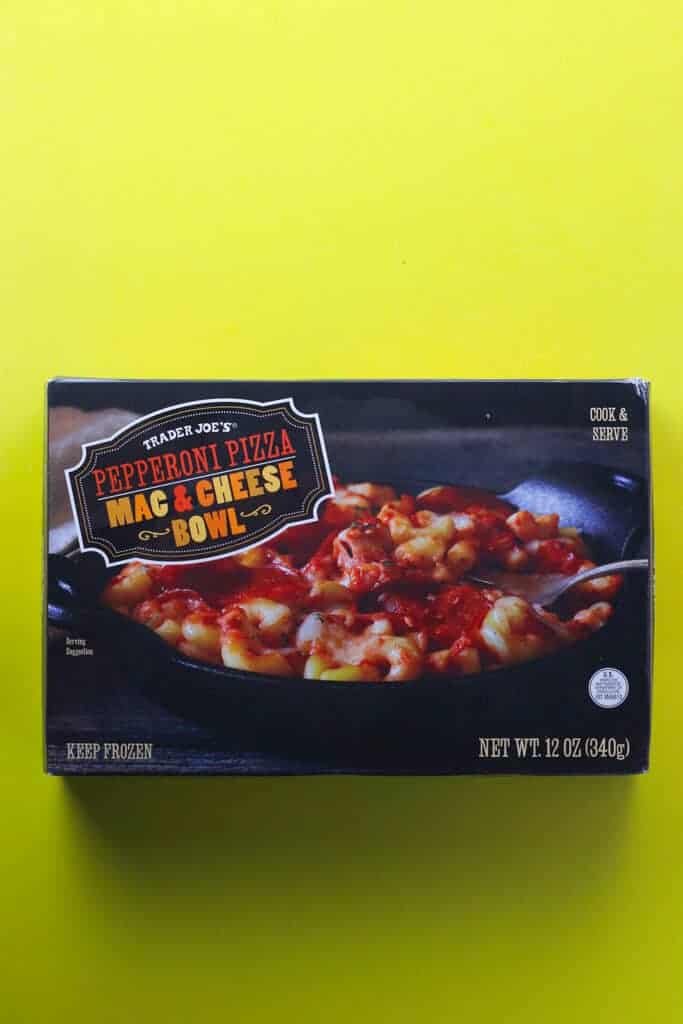 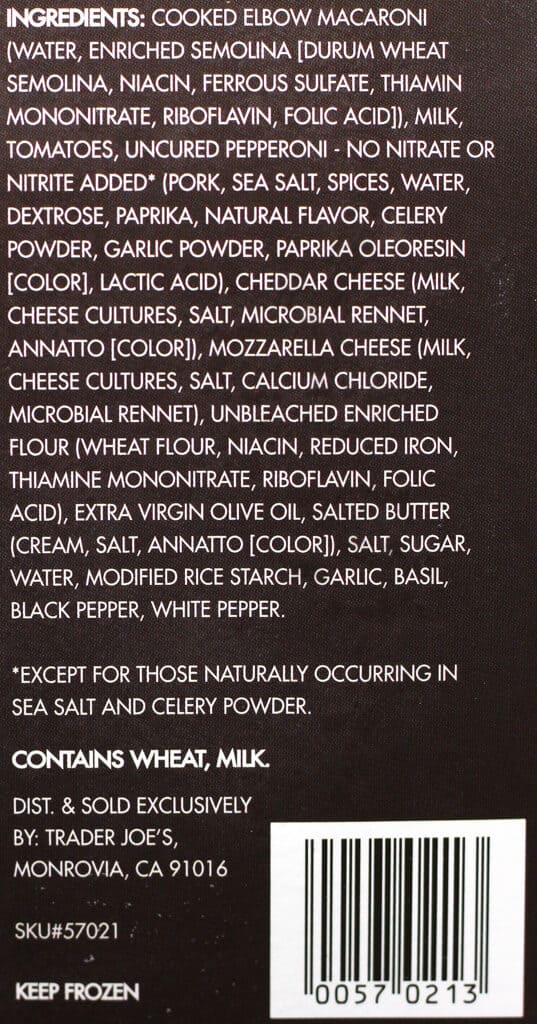 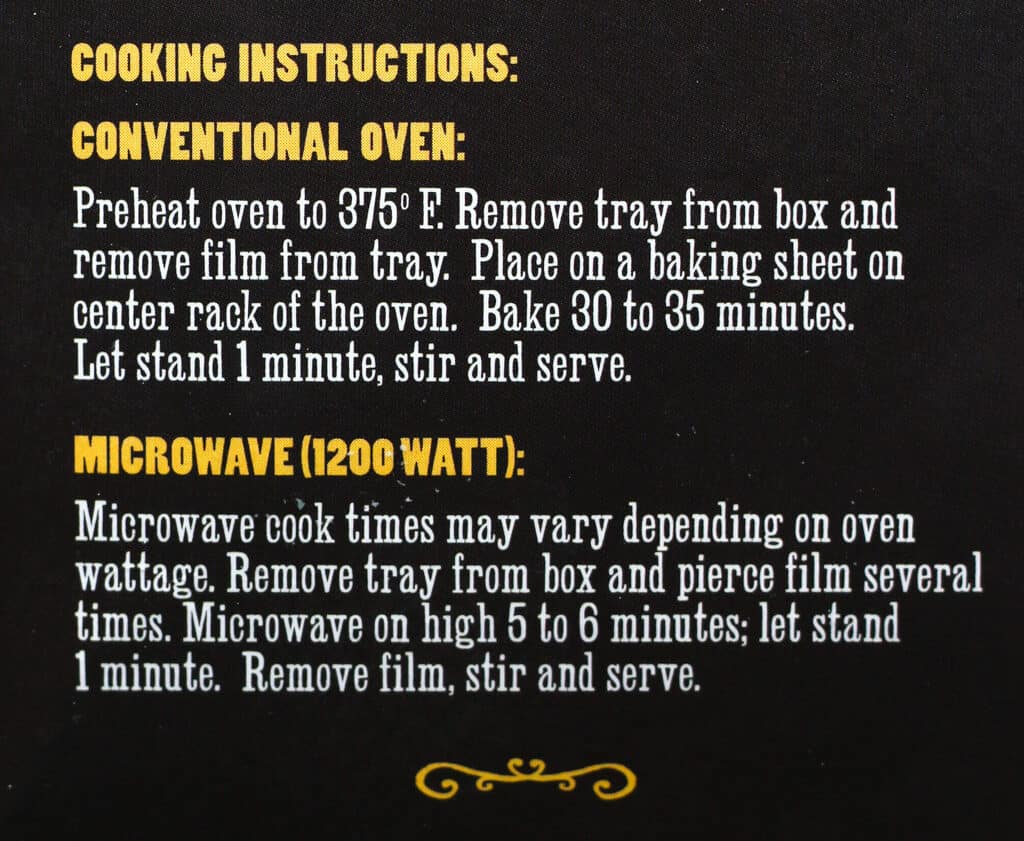 Before going into the microwave you get: 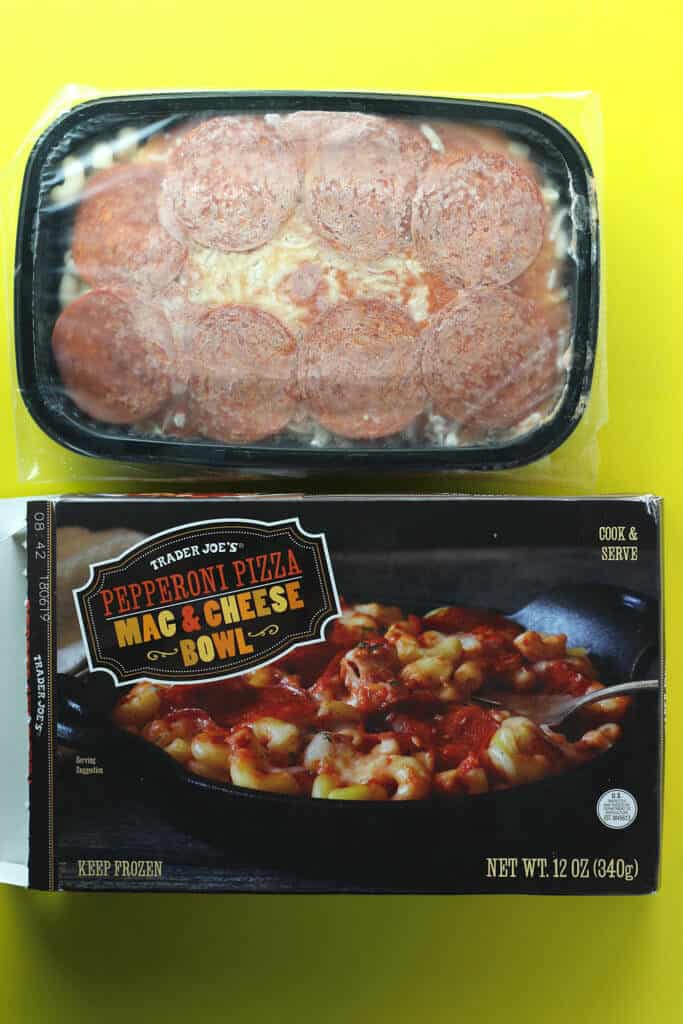 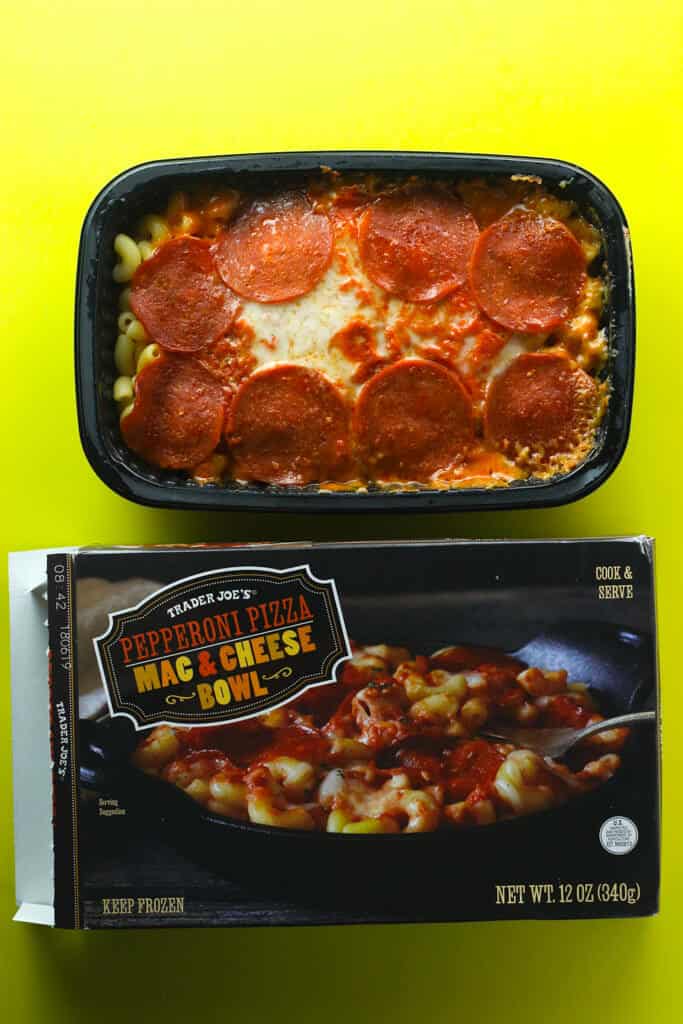 Would I buy this again?  Trader Joe's Pepperoni Pizza Mac and Cheese was just ok. Sadly, it just did not remind me fully of pizza. On the other hand, I think the mac and cheese pizza idea should be explored more, but in this format it only amounted to being ok. Thus, I think it's worth a try once.