The cons:  Trader Joe's Chicken Shu Mai has a packet of sauce, but for these you'll have to supply your own dipping sauce.

The verdict:  If you've ever been to an Asian restaurant, then you know that in the appetizer section of the menu is a little steamed dumpling called shu mai. At my local Japanese restaurant, these go for about $5 for one appetizer which usually consists of about six shu mai.

For $2.99 you are getting nine dumplings which can be prepared in the microwave. Now, other varieties of dumplings from Trader Joe's did not fare well in the microwave, specifically Trader Joe's Seafood Sriracha Potstickers there was a major difference in how the wrapper handled each preparation. Potstickers really need a crispy side. Shu Mai are meant to be steamed and have a tender outside.

These shu mai seem larger than my local restaurants. They had a thin noodle holding them together followed by a generous amount of filling. The filling doesn't have a ton of texture, but it has flavor. Beyond the pork flavor, there are hints of green onion, oyster, and spices that make this very flavorful eaten plain. However, I almost never eat these plain. They always seem to be served with a dipping sauce. For these, I had soy sauce with a few drops of rice wine vinegar.

Overall, I'd buy this again. They are a fraction of the cost of the ones I order out, they were ready in about 3 minutes and were very flavorful. They are worth picking up. If you aren't going to provide your own dipping sauce, then you can reach for Trader Joe's Chicken Shu Mai which have a packet of sauce waiting for you. 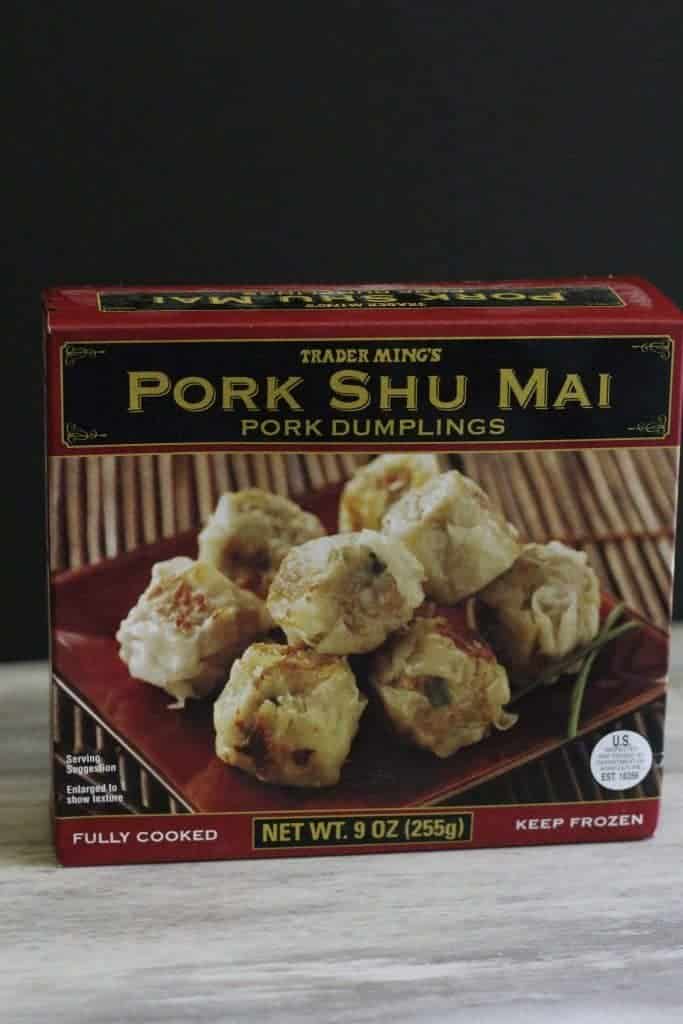 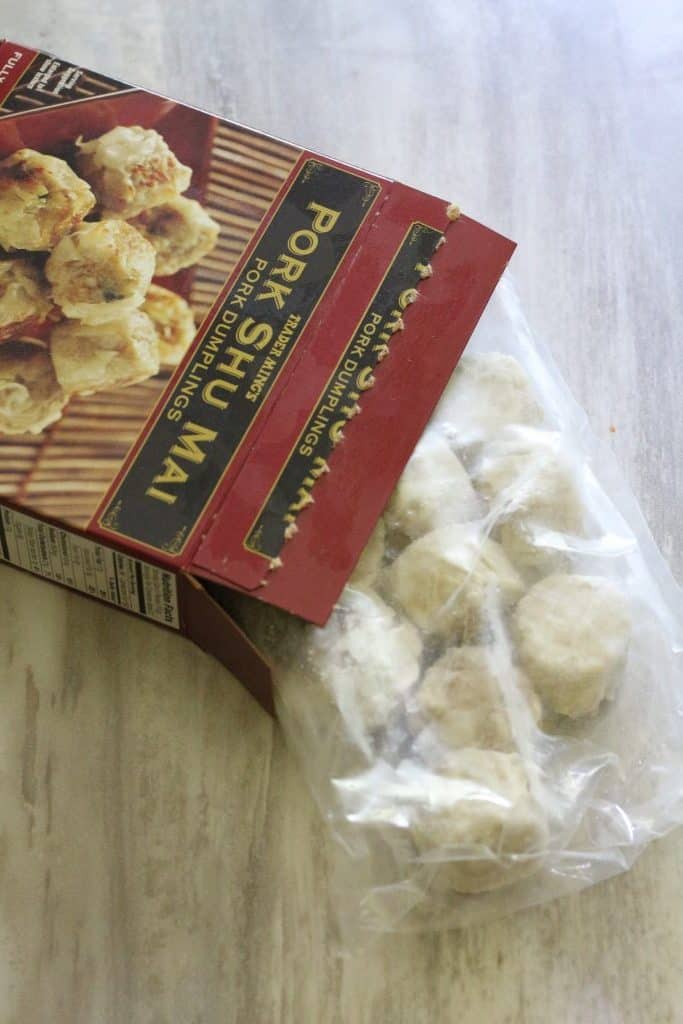 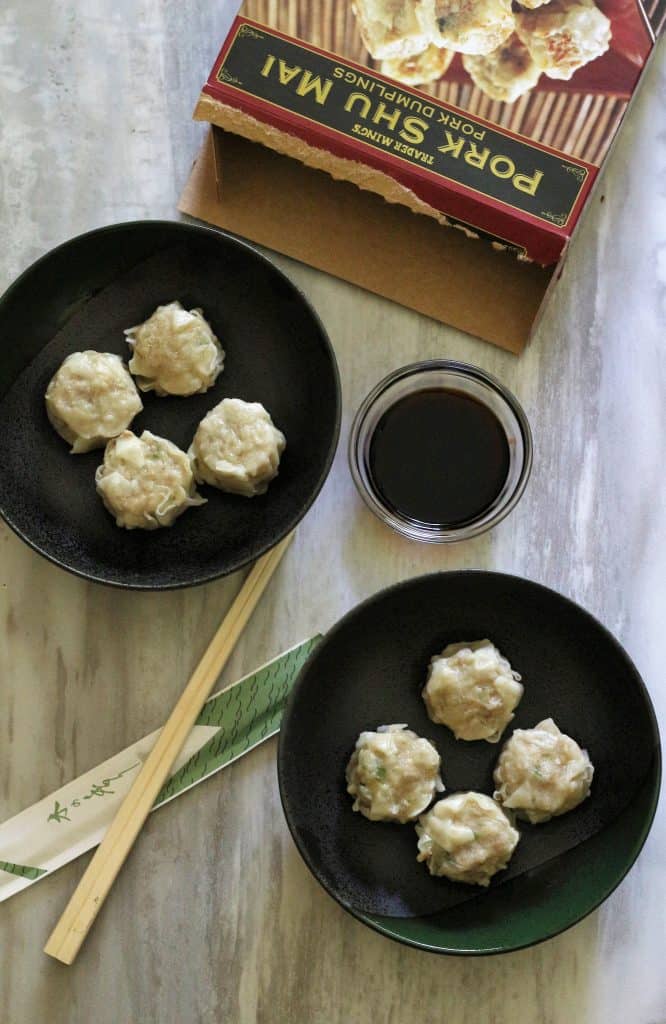 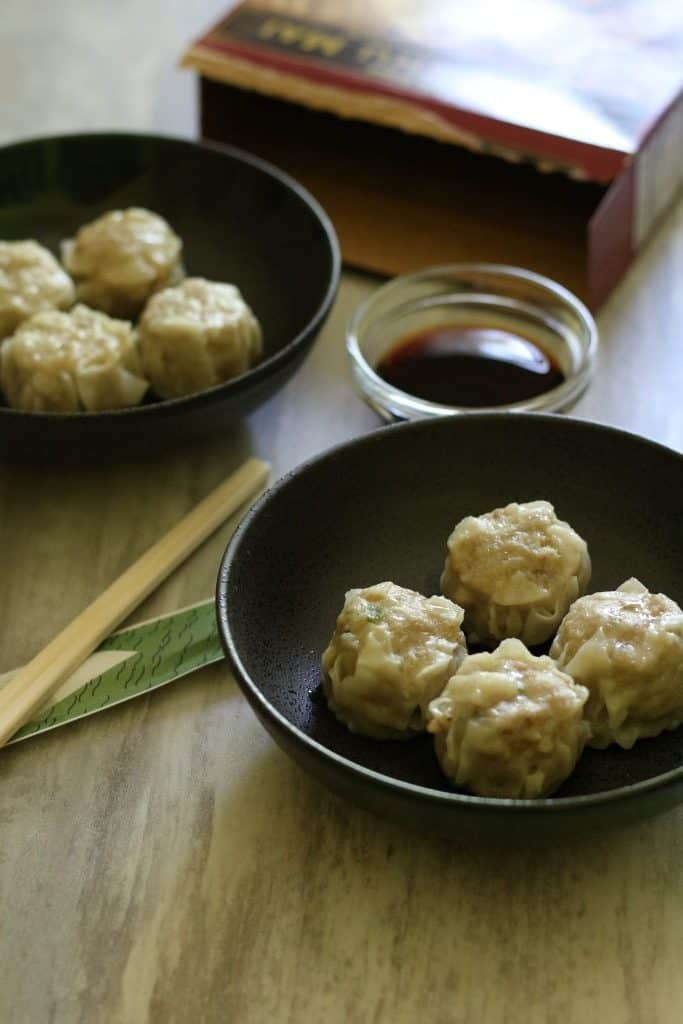 Would I buy this again?  Yes. For those nights where I feel broke or just don't want to leave the house, then these are a perfectly good substitute for the ones I order out.