The cons:  If time is an issue you are better off going with Trader Joe’s Hash browns that are pre-made and only slightly more expensive. Plus odds are you'll get more for your money with having to do less dishes.

The verdict:  For $1.69 these are just the plain frozen potatoes usually waiting to become hash browns. The texture of these will not be the same as the pre-made hash browns, but those will be ready in about 20 minutes with little to no clean up. This will require you to dirty some sort of pan, preferably a cast iron one, and you still won't be able to make 10 at a time. These frozen shreds of potatoes are as good as any the freezer aisle.

They did a really good of making sure that these shreds are individually quick frozen so you aren't fighting with the contents of the bag. Overall, I really like this product and is a staple in our household.

The bag of Trader Joe's Shredded Hash Browns in the freezer aisle: 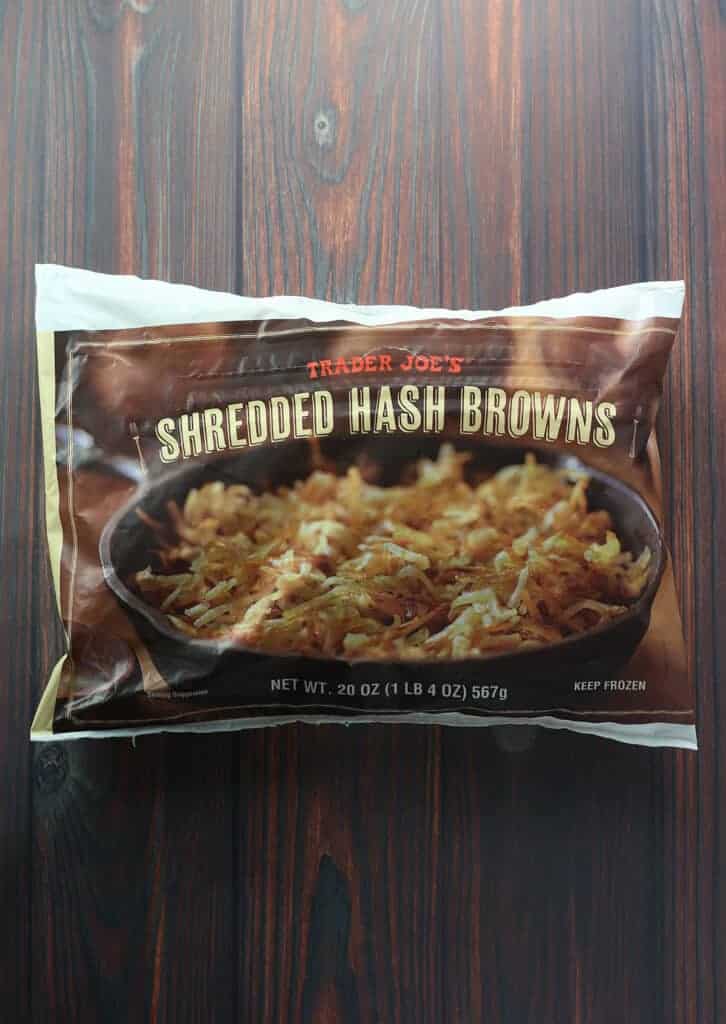 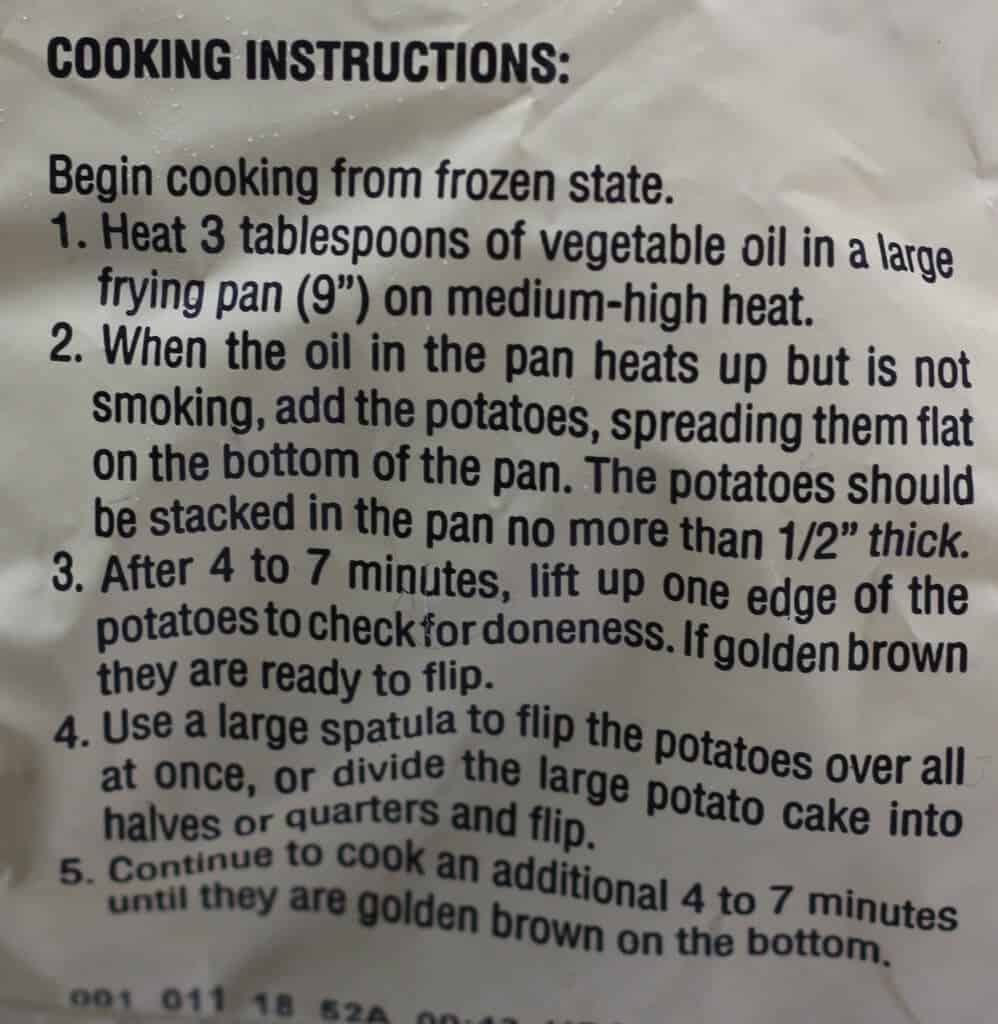 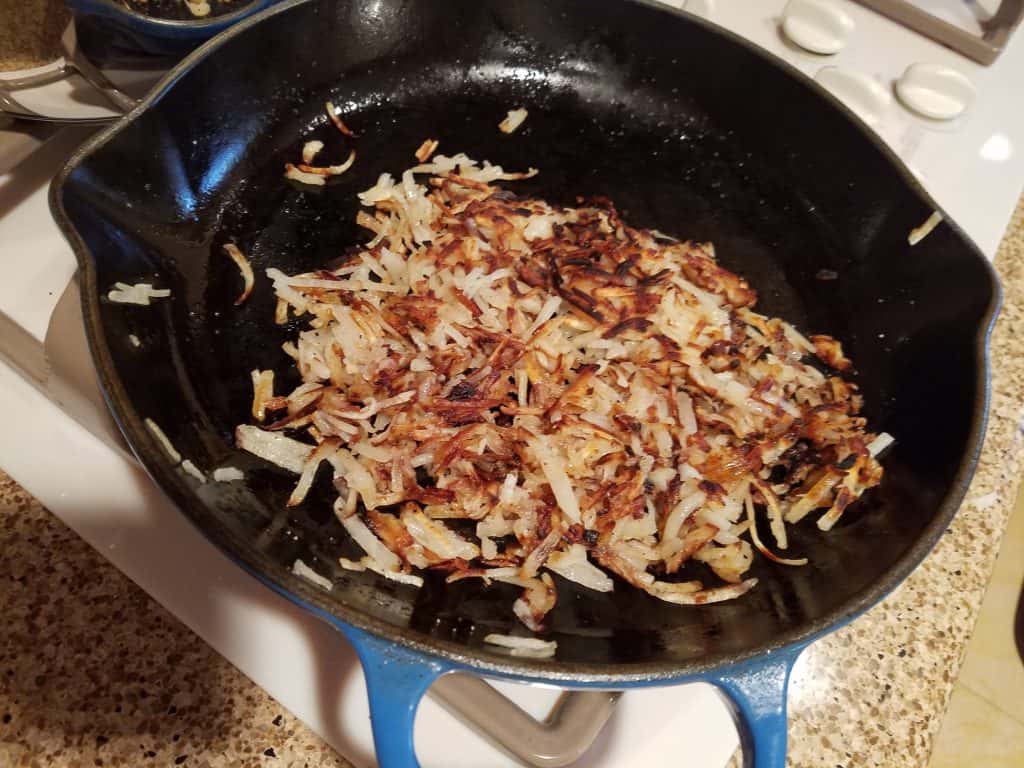 Would I buy this again? Yes and I've bought these several times as I've also bought the pre-made hash brown several times. Both are good, it just depends on how much time you have and how many you need to make. That big hash brown in the pan- that was my husbands. If you are looking for feed multiple people, I'd consider the pre-made and just put them on a cookie sheet and heat them up. Otherwise I highly recommend both.