The cons: This is way over packaged with plastic. Mine weren’t frozen flat so adorning this pizza was slightly more challenging.

The verdict:  If there is anything that I can honestly say that has never, ever, not even once gone bad in my refrigerator it’s pizza. It never gets pushed to the back. It never goes undiscovered until it’s too late. It never turns a color it is not supposed to be. It is consumed in less than 3 days of its creation.

Now, Trader Joe’s has a new organic pizza crust waiting to be discovered. It’s just not branded as a Trader Joe’s product. It’s in the freezer with the other frozen pizza items.

Now, if I have had any complaints about Trader Joe’s pizza, it tends to be about the crust of the pizza. They all suffer from the same problem: a lack of salt. A good pizza crust should be flour, water, yeast, and salt. Otherwise, let’s face a stark reality: flour just doesn’t taste that good.

No matter how many toppings you look to put on a pizza, if the crust is bland, it just takes away from the rest of the pizza.

I can honestly say I’ve gotten through a large number of Trader Joe’s pizzas, but this non Trader Joe’s branded pizza was a standout. The hardest part was getting my electric oven to get up to 420F.

After than I was just 10 minutes shy of pizza glory. Now, for whatever reason my pizzas weren’t frozen flat. The day I picked this up, they were all not flat. Not a big deal or deal breaker. I just makes adorning this was toppings a bit more interesting.

I used Trader Joe’s Bruschetta and Quadro Formaggio to top my pizza. The jarred Burschetta made it just a touch more rustic and chunky in terms of sauce. In about 7 minutes I had a beautiful plain pizza. I gave it a bit of a rest before slicing it up. Yes, you’ll get four nice sized slices. I had plans on having two.

I ended up eating the whole thing. Like the entire thing. It was so very good.

The taste of the crust was on point. It had little indentations to prevent bubbling. It was crisp right off of the pizza stone. It had a nice thickness. It wasn’t thin crust, but not thick either. It was just really well done in terms of flavor too.

The outer crust was crisp, but was not like a cracker either. It held up well to toppings. Overall, this was one of my favorite crusts that I’ve encountered so far. For $3.29 it's reasonably priced for an organic item that you get 2 crusts from. 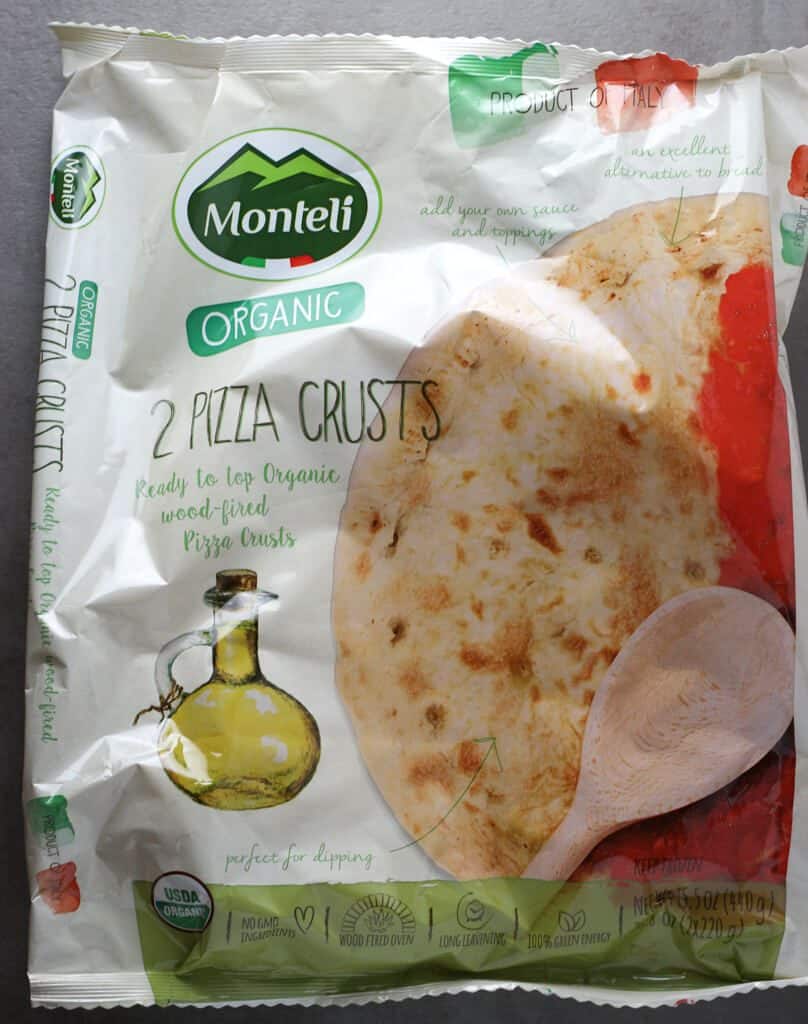 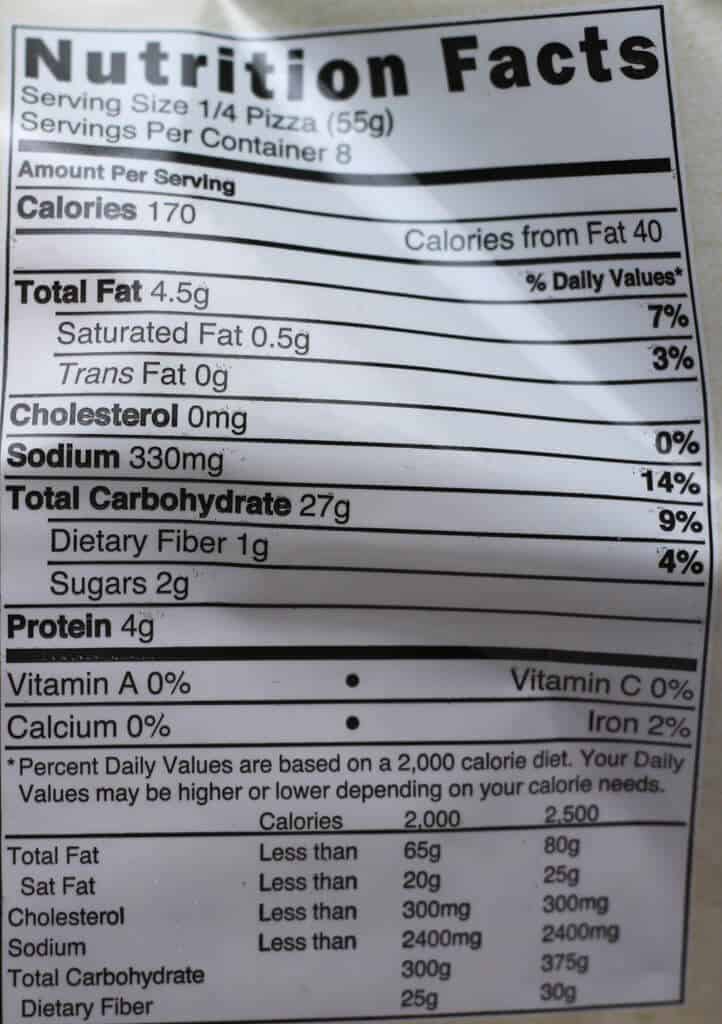 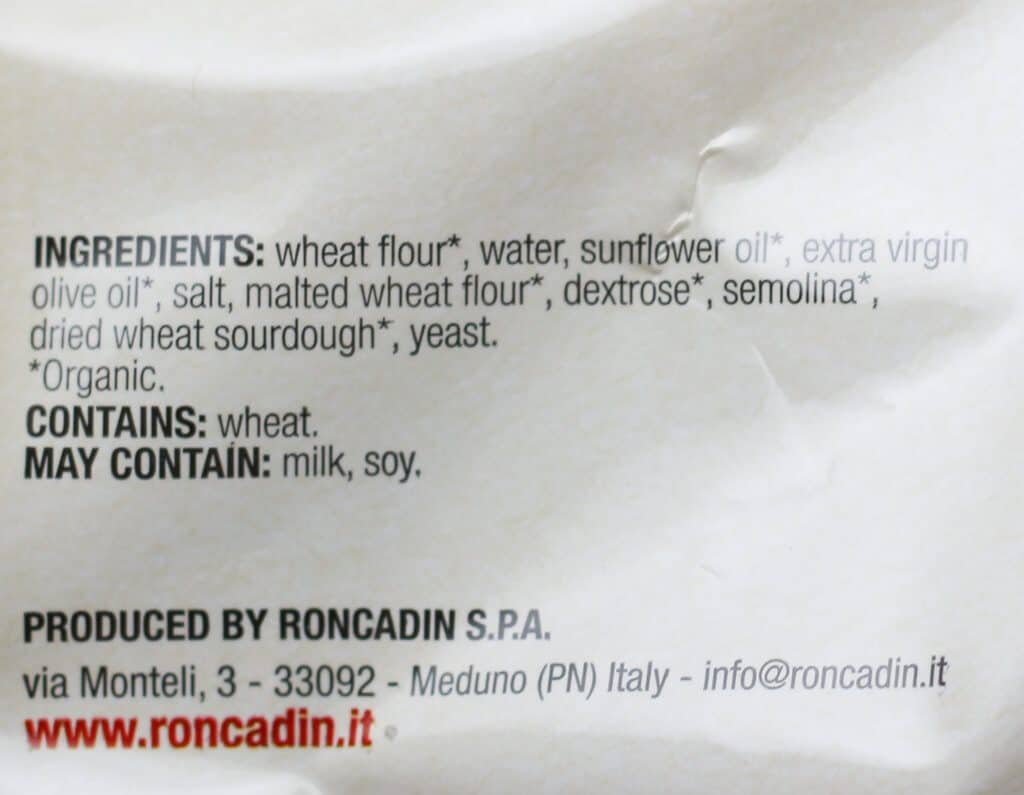 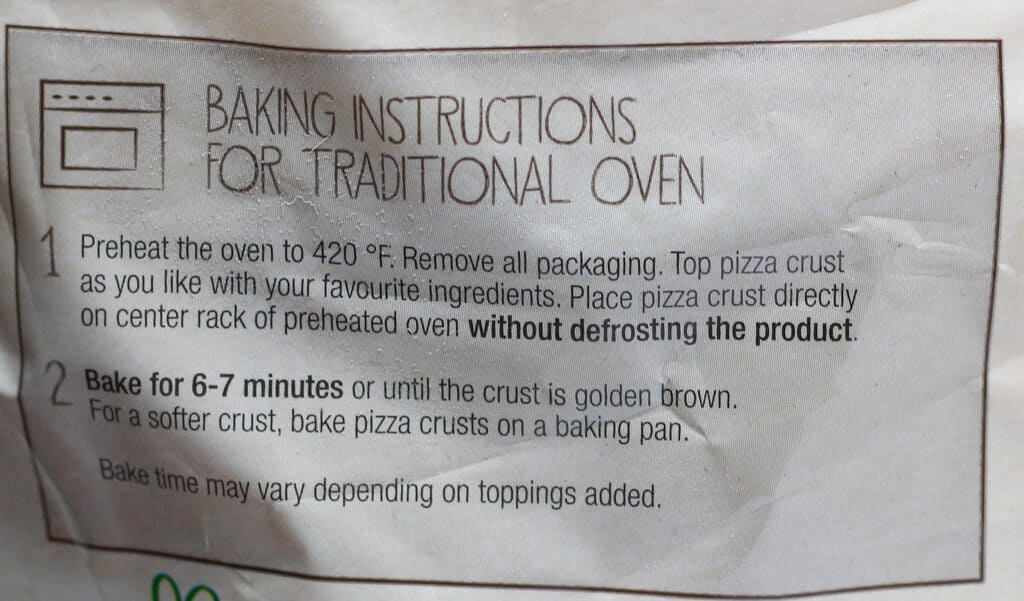 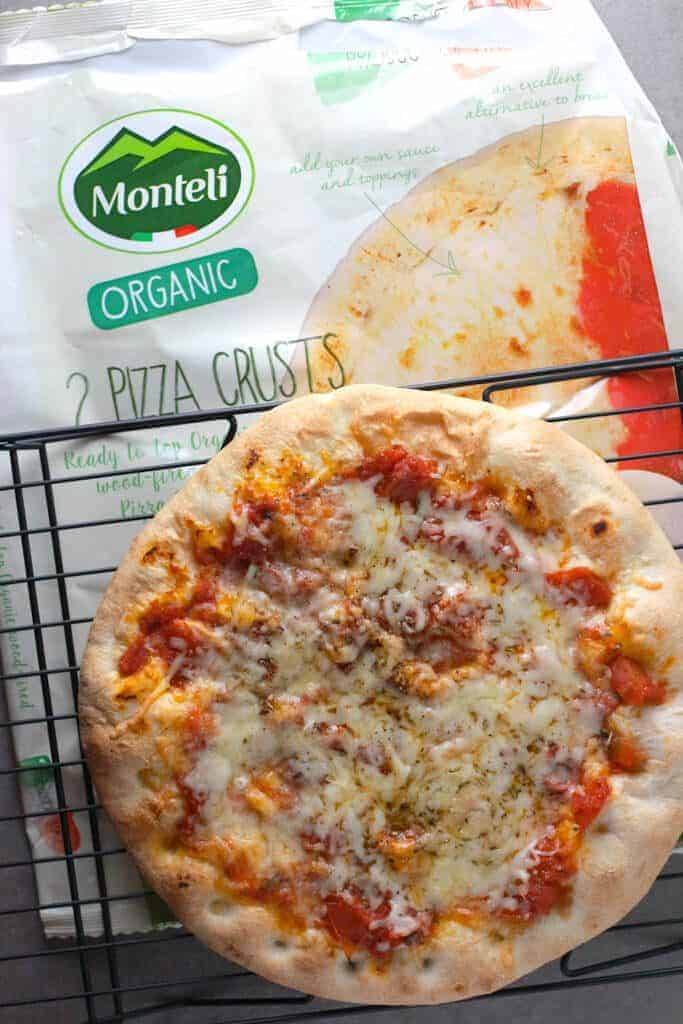 Would I buy this again? Yes, I would buy Monteli Organic Pizza Crusts again. They were easy and tasted on point.