The pros: Trader Joe's Black Tiger Shrimp are large shrimp that are only around for the holiday season.

The cons:  This product might not be ideal for those where having six shrimp would not suffice. This is priced at almost $10 for half a pound. While some might complain about the price, these are very big shrimp.

The verdict:  It's that time of year where seafood may find its way on to your plate more often than other times of year. This package is no exception. I went out the other night and had a lovely shrimp dinner. The price of that meal approached $30. The shrimp was no where nearly as large. For $9.99 you are getting a package of U8-12 shrimp. The U in the rating means under. So you are getting less than 8-12 shrimp per pound. While on the surface that might seem like a lot to pay, I've seen this priced much higher (and gets more expensive towards the Christmas season). These are frozen so you can bring them out of your freezer when you need them, so as long as you get them enough time to defrost.

Now, if you think shrimp are shrimp, then let me clarify. Black Tiger Shrimp get their name from the fact that their shell seems to have black stripes like a tiger. If you want more information about Black Tiger Shrimp then SeafoodSource.com is a great resource on these shrimp. Yes, these are from Indonesia and if they were more local they would likely be priced much higher.

Now, there were directions on the back on how to prepare, but I deviated from that and went straight to the sautéing. Yes, I even left the shell on. Now, if you have any concerns about leaving the shell on, then I assure you that peeling this was easy. Two to three moves and you had perfectly peeled shrimp. These are deveined which makes peeling much easier. When cooking the shell actually imparts a nice seafood flavor. Now, these aren't like gulf coast shrimp that I've had, but I wasn't complaining about these either. In fact, I managed to polish off both servings in one sitting.

If you've had gulf shrimp, then you already know those are superior. But these weren't bad either. Cooking them shell on kept the shrinkage to a minimum. It just meant I needed a few extra napkins with dinner. They were tender and will take whatever flavor you wish to add with them.

Overall, I liked this a lot. I actually would consider cooking my shrimp shell on a bit more often. They were huge and six made for a filling dinner with no sides necessary. While they aren't as affordable as I would love, they are reasonably priced compared to a restaurant dinner where you might be served shrimp in the same size range. 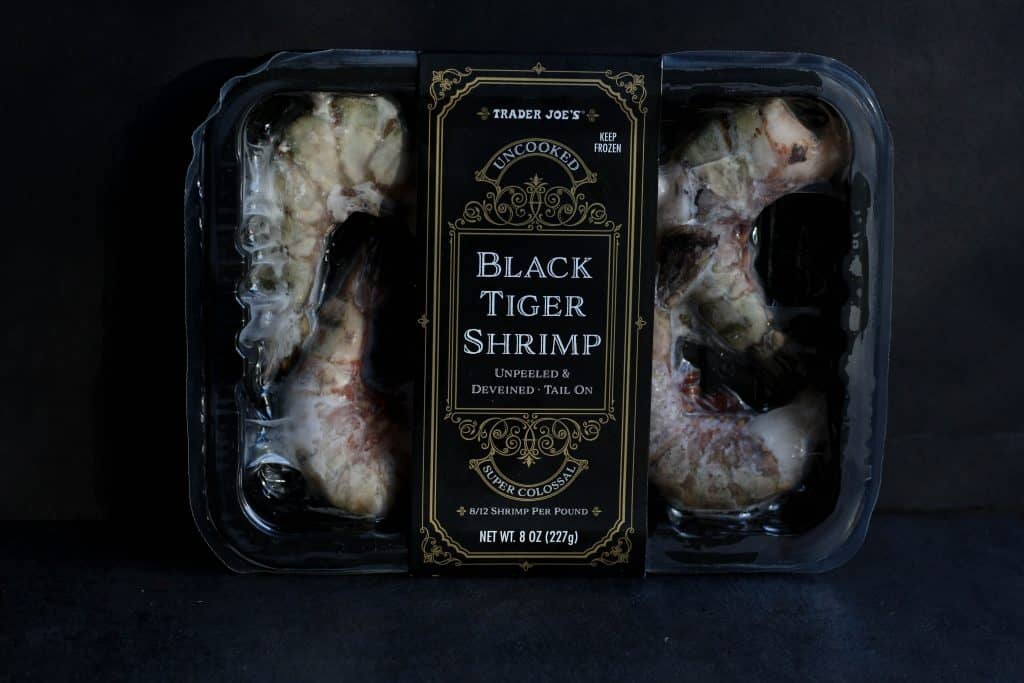 The nutritional information, ingredients, and a suggestion on how to prepare: 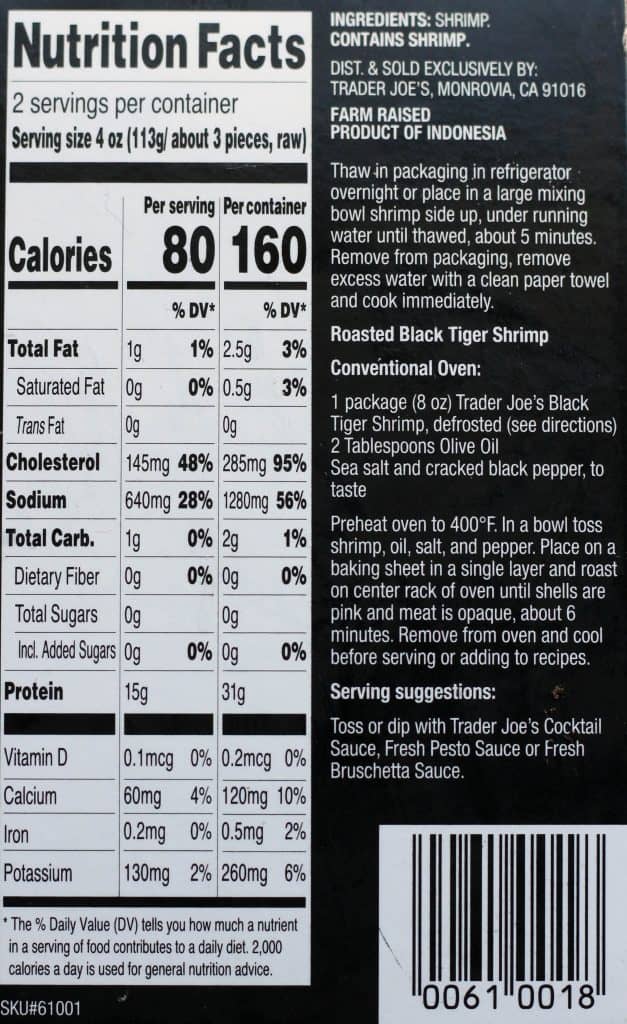 After being sautéed shell on you get something that looks like this with just a few extra ingredients: 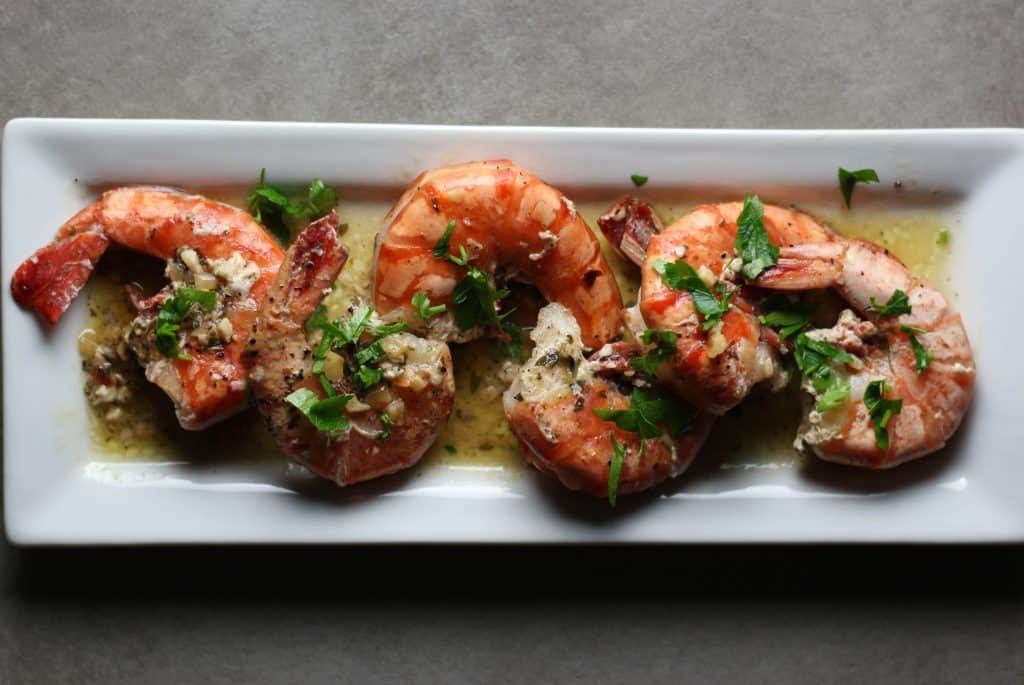 Would I buy this again? Yes, I would buy Trader Joe's Black Tiger Shrimp again. While not cheap, these are still an affordable luxury and a bargain compared to dining out. And in the world of these big shrimp, they're actually priced about right.