The pros:  Trader Joe's Brie En Croute makes for a pretty tasty and melty appetizer. This came out of the oven in a more attractive way that the mini brie en croute did.

The cons: Mine was not as melty as the package makes it appear. This is not a quick appetizer either.

The verdict:  Last year, I tried the seasonal Mini Brie En Croute. So while it seems a bit odd that I would try two very similar products of a similar size. But this is quite a bit different in terms of end results. Yes, both are basically brie wrapped in a pastry crust. The difference is, this will be way more elegant to serve guests.

You see when I tried the mini ones, I kept having the same problem: they turned into miniature Mount St. Helens circa 1980. In other words, they all turned volcanic and a fair amount of cheese was displaced somewhere other than where it belonged: in the middle of the pastry.

This did not suffer that same flaw. This had a far smaller pastry to cheese ratio. This was a wheel of cheese covered in some pastry. The rind protected this from becoming a virtual Mount Vesuvius in your oven. Yes, this will hiss and bubble. But at least this cheese bubble did not burst and the presentation was on point.

The picture on the box is a touch misleading. That picture should be called Two Face. My finished result looked closer to the right side of the box. If you've already pulled it apart then and only then will the melted cheesiness reveal itself. But they must have really picked away at the rind to get that picture.

As far as the taste here, the pastry was on the bland side and the cheese had a bit of characteristic brie funkiness to it, but if paired with a nice jam for contrast you have a nice app on your hands. You might still want some additional crackers. And if you still have a jar of say, Trader Joe's Hot and Sweet Pepper Jelly in your home, then that too would be a good pairing with this.

For $6.99 this is a pretty looking appetizer so as long as you have the required 45 minutes. I enjoyed it. 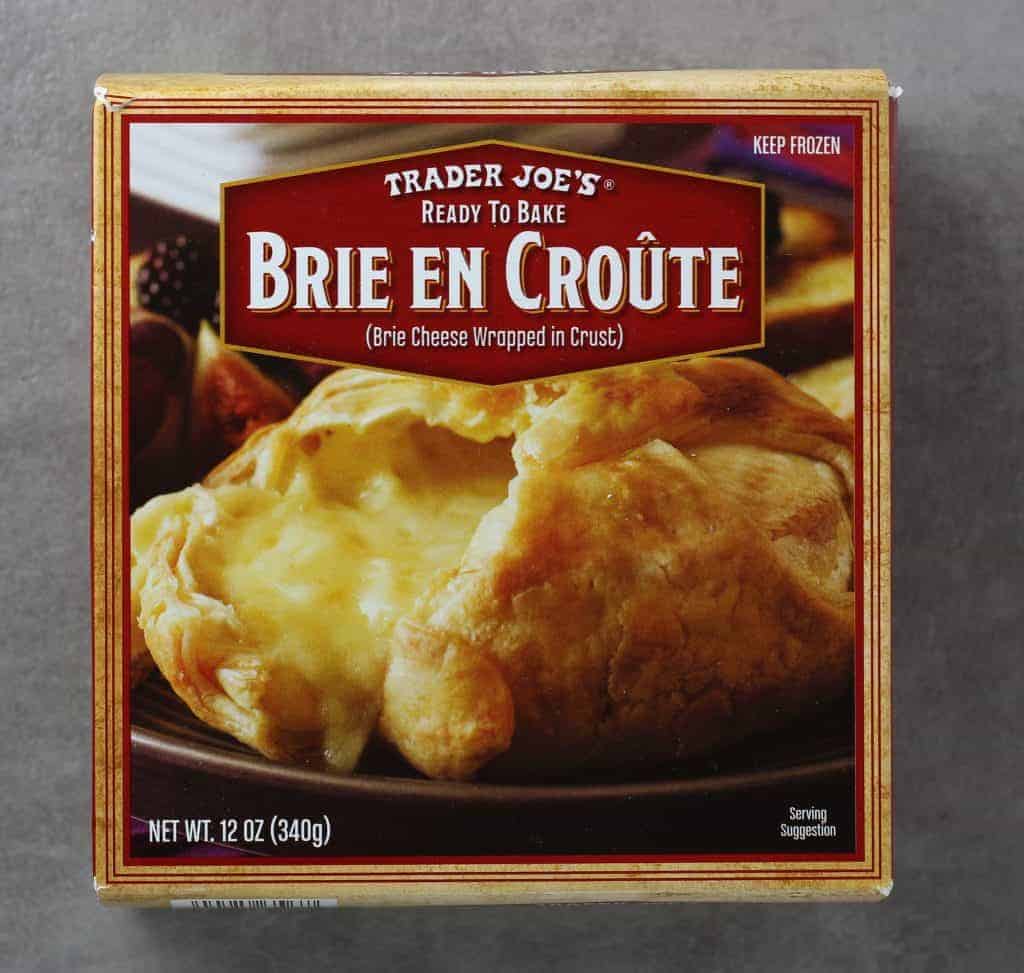 How Trader Joe's describes this and how to cook this: 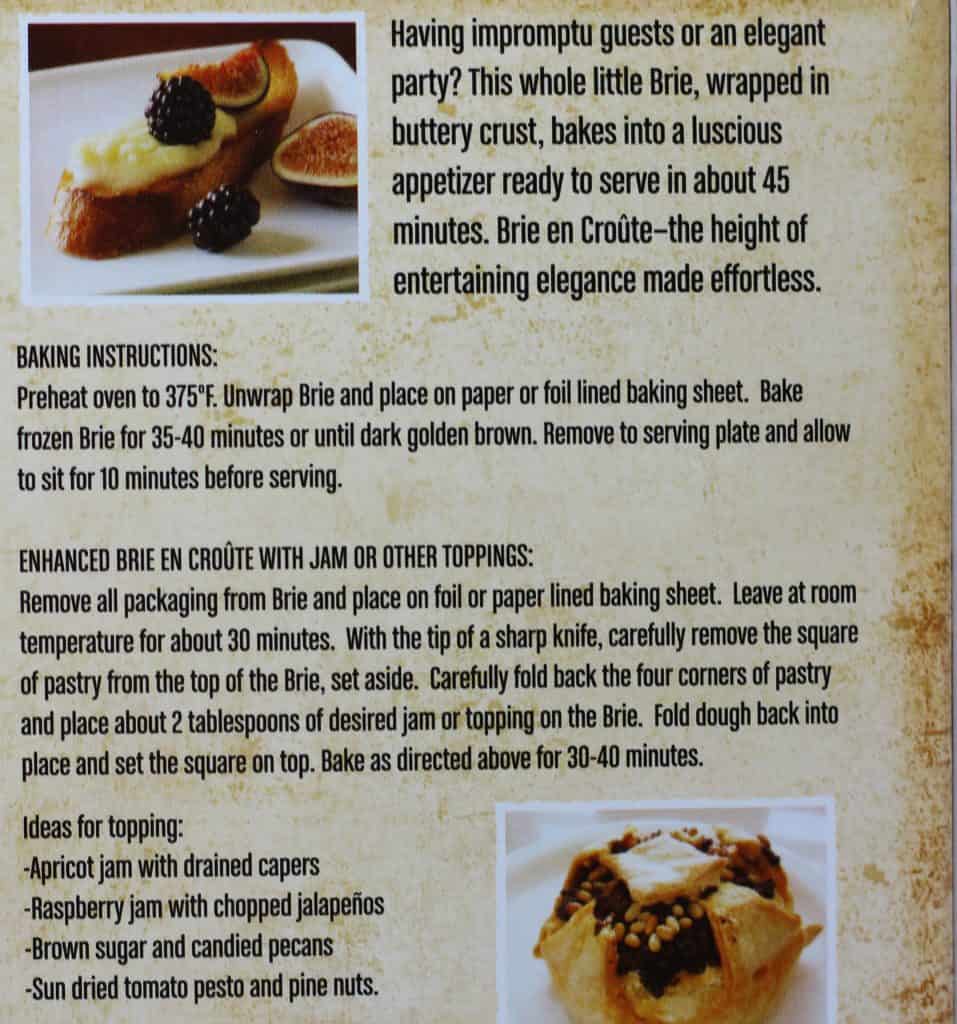 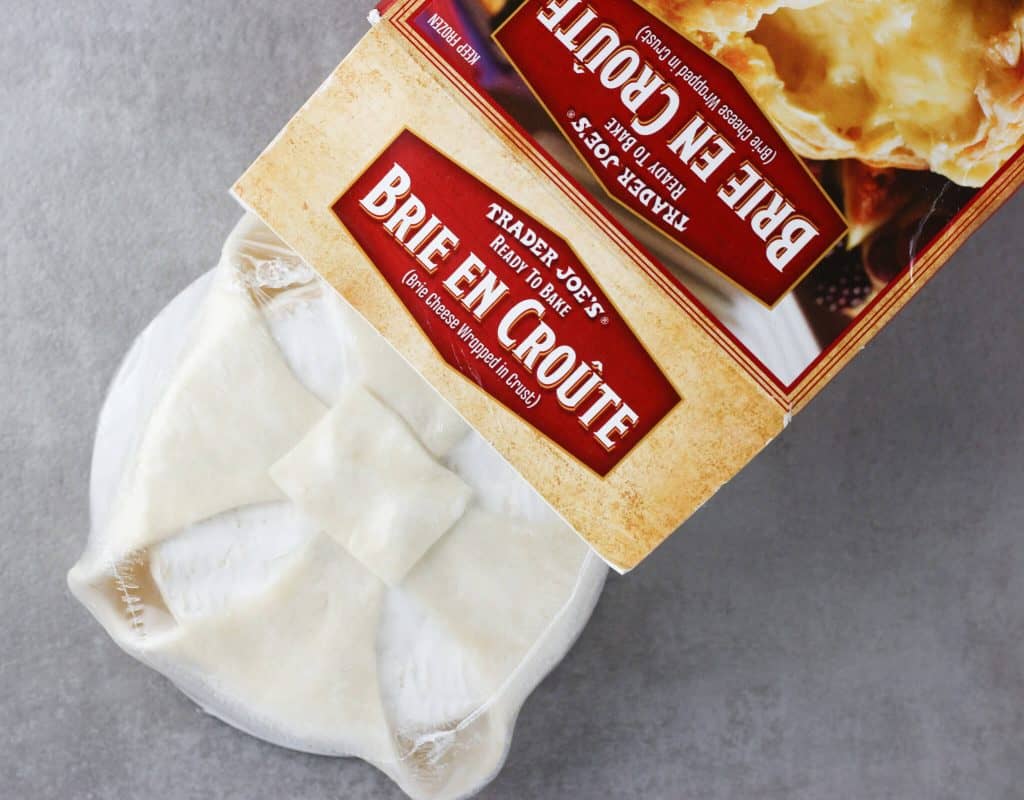 Would I buy this again? If I needed a nice and presentable appetizer and knew company would not be over, then yes, I would buy Trader Joe's Brie en Croute again.