The pros:  Trader Joe's Cheese Enchiladas Rojo are pretty close to what you might expect in a Mexican Restaurant, if not possibly better.

The cons:  While the directions don't mention it, my enchiladas stuck to the bottom of the pan that I used (and no, the pan they come in can't go in the oven). Some cooking spray or parchment could have dealt with that issue. Calorie count is higher than expected and it's easy for one person to sit and eat all of these in one sitting.

The verdict:  For $6.49 you get 4 enchiladas in the refrigerated section. These are not the frozen variety which I thought were underwhelming. This on the other hand were fresh, full of cheese and the Rojo sauce might make you want to lick your plate.

It's a well balanced sauce made up of tomatoes and spices. There is also the nice flavor of poblano peppers as well. They do sell a chicken enchilada with a verde sauce at the same price in the same refrigerated case, but that will be a separate review (and yes those are really good too).

These cannot be cooked in the pan they come in if you are planning on making these in the oven. Mine did stick slightly because they are not drenched in sauce, so plan accordingly and use some cooking spray or parchment to make sure that doesn't happen to you too. Mine were ready in under the recommended 20 minutes.

What came out were as close as you'll get to going to a Mexican Restaurant. The tortillas were crisp in some parts and in others were a nice compliment to the smooth cheese. Within the cheese filling there are black beans, onions, peppers and yes ooey gooey cheese.

I tried to stop at having two and failed. I saved one for my husband. His reaction: can you get more of these before they run out? If I can find these, they will become a regular part of my weekly shopping list. So good and for a fraction of the price of going out.

The box in the refrigerated aisle: 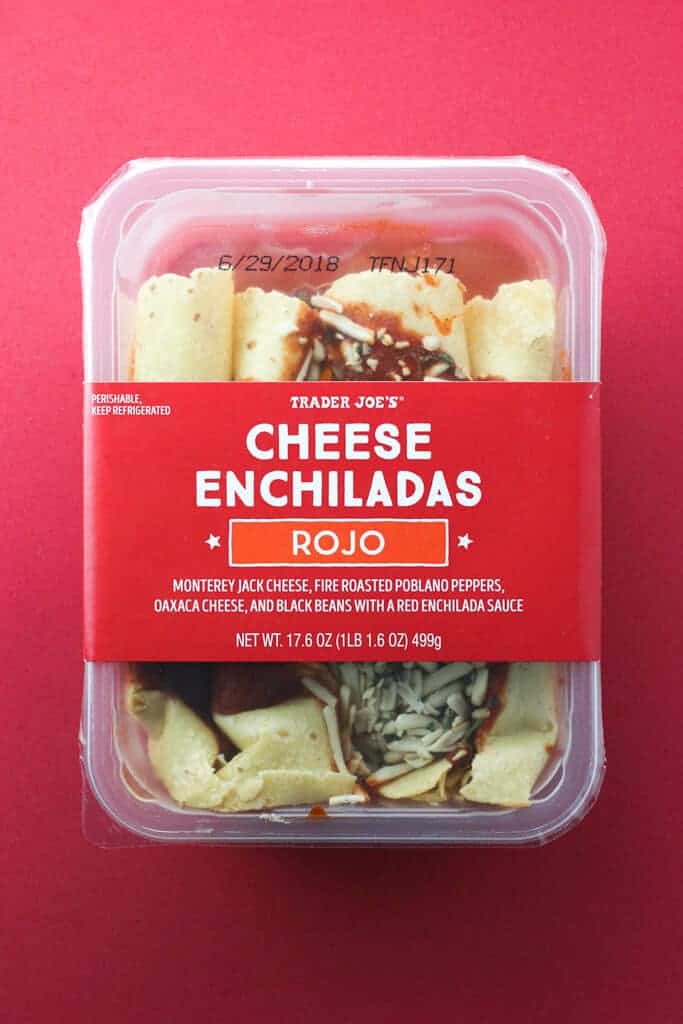 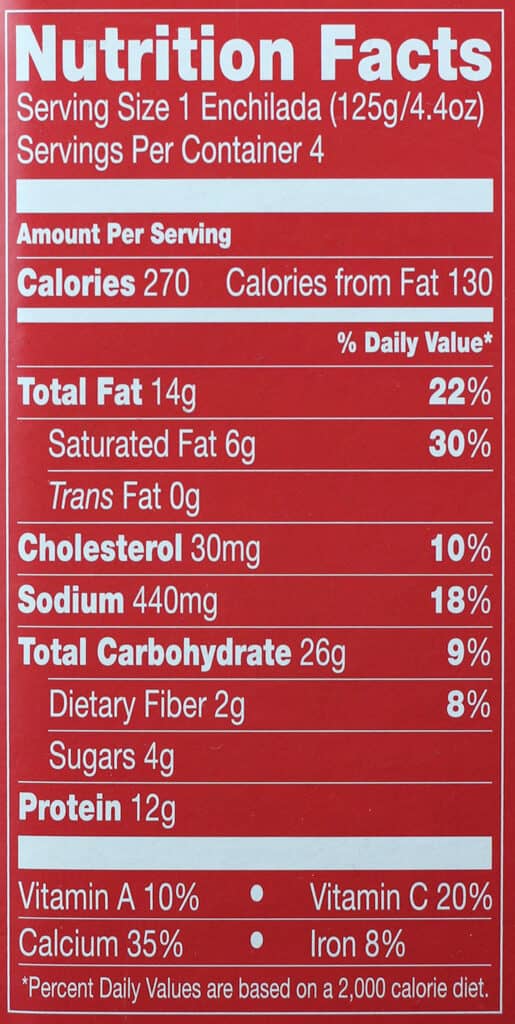 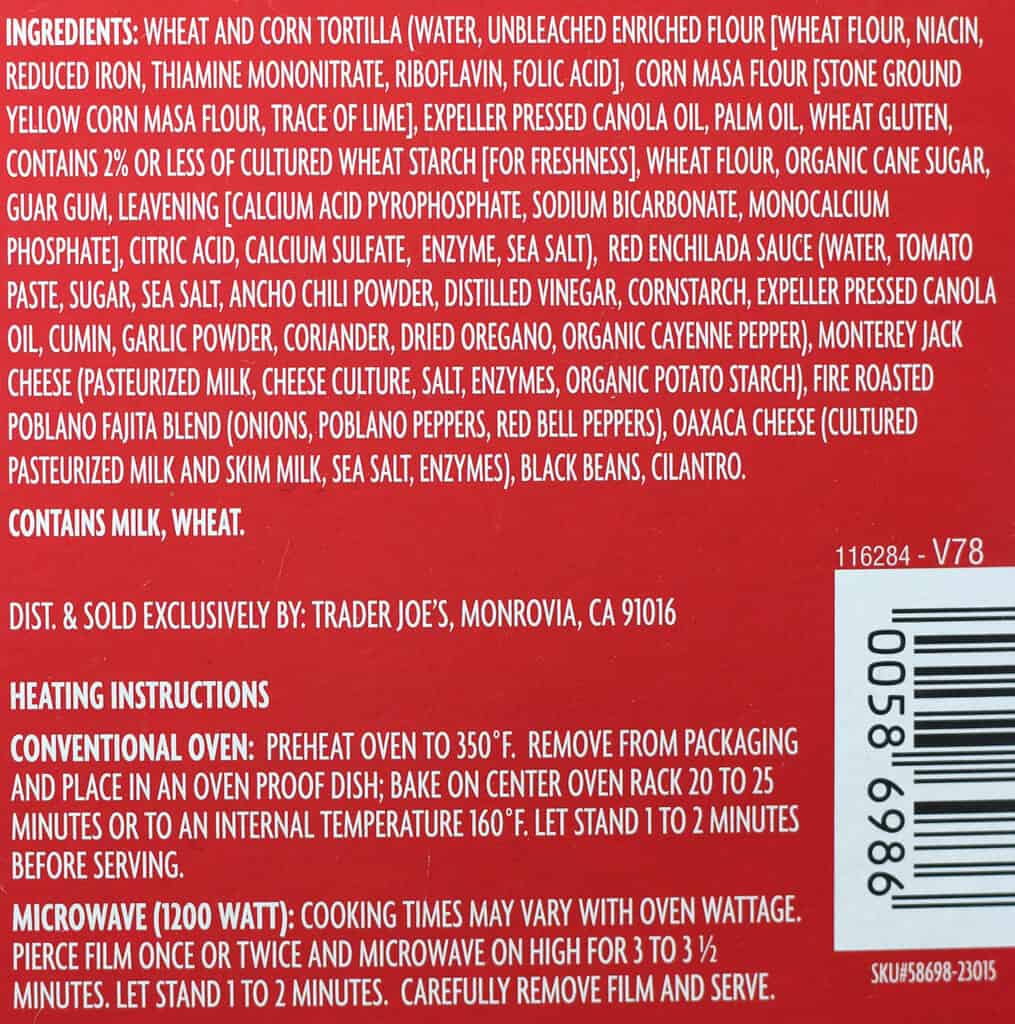 Out of the package you get and I chose to prepare these in the toaster oven. I can't say how they would be in the microwave but they were oh so good in the oven. Here is the shot of them after being cooked you get: 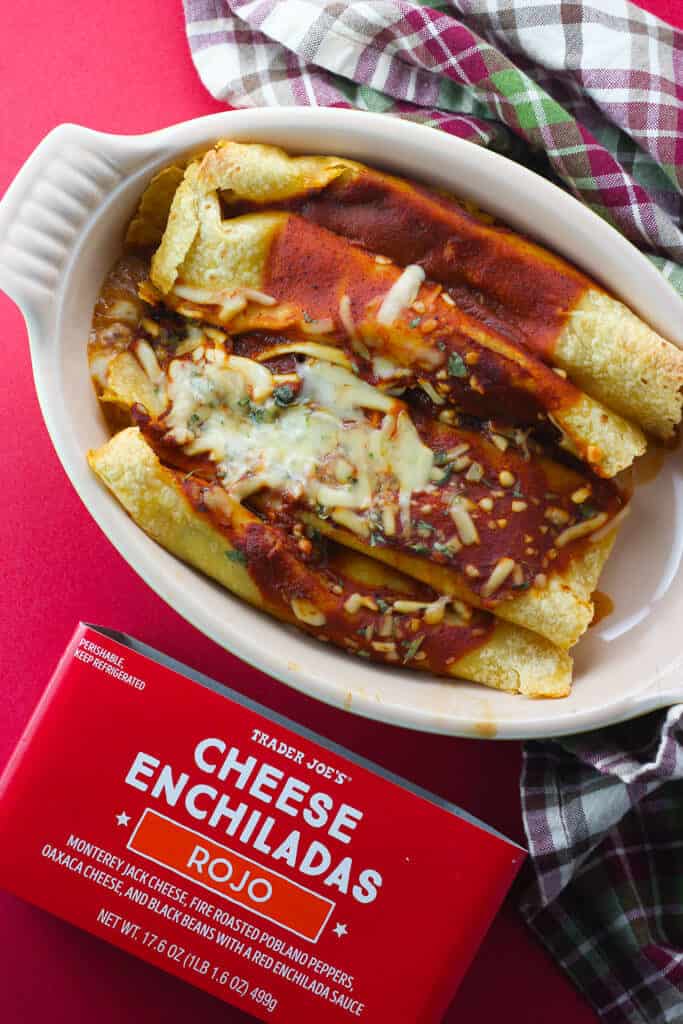 Would I buy this again?  Yes, yes and yes. How good was this? I'd choose Trader Joe's Cheese Enchiladas Rojo over paying for a restaurant. It's cheaper than ordering out. It also tastes phenomenal like someone's Abuela made it for you.