The cons: For me there was a slight taste of raw flour and the breading lacked flavor.

The verdict:  As a full-grown adult, I know plenty of other adults (with and without children of their own) who enjoy chicken nuggets. Perhaps it's a familiar item from their youth or a favorite from a fast food establishment. Regardless, there are lots of place to get chicken nuggets. This is not a new item. But it is an item I've walked past quite a few times. One day that mood for chicken nuggets hit and I picked up this box.

For $3.99 you are getting a full pound of chicken nuggets. When you go to reach for fresh chicken in the refrigerated case, ours is currently priced at $5 and up per pound. So, it's not a terrible bargain. I'm not going to compare these against other brands of chicken nuggets. If you want real chicken nuggets, then take some chicken tenders, cut them and fry them. That's as close to natural as you can get. But everyone knows most kids wouldn't choose to eat those. It's a textural thing. If that chicken tender is too thick of thin, then you might be stuck in a meal battle. So the texture has to be just right.

I opted for the toaster oven to prepare these. I did want a crisp outside. After taking these out of the toaster oven and allowing them to cool, the chicken was moist and tender. It doesn't have a natural chicken texture, but it seems kid friendly. Each drummella was about two bites in size. I enjoyed the chicken, but found the breading to be the issue.

For me, the breading had no flavor. Worst of all, it had an almost flour like mouthfeel. Raw flour just does not taste that good. While there was a good amount of sodium in these, it might help to add some salt after they come out of the oven. Or at least have something salty to dip them into. I used Heinz's ketchup and it compensated for the lack of flavor, but did not make that raw flour taste go away. Bummer. While this product is not perfect, but not terrible either. They aren't nuggets that you'll make a special trip for or go out of your way to seek out. But they are perfectly average freezer chicken nuggets. Overall, if the mood strikes again for chicken nuggets and I'm at Trader Joe's, then I'll pick them up. Otherwise, it's perfectly ok to pass these by too. 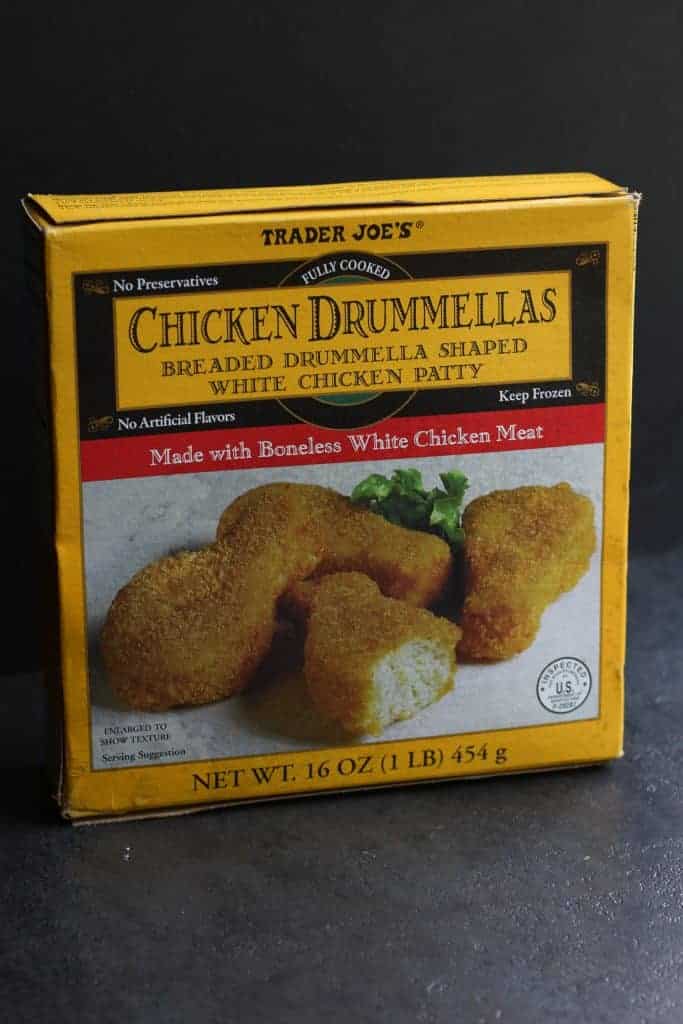 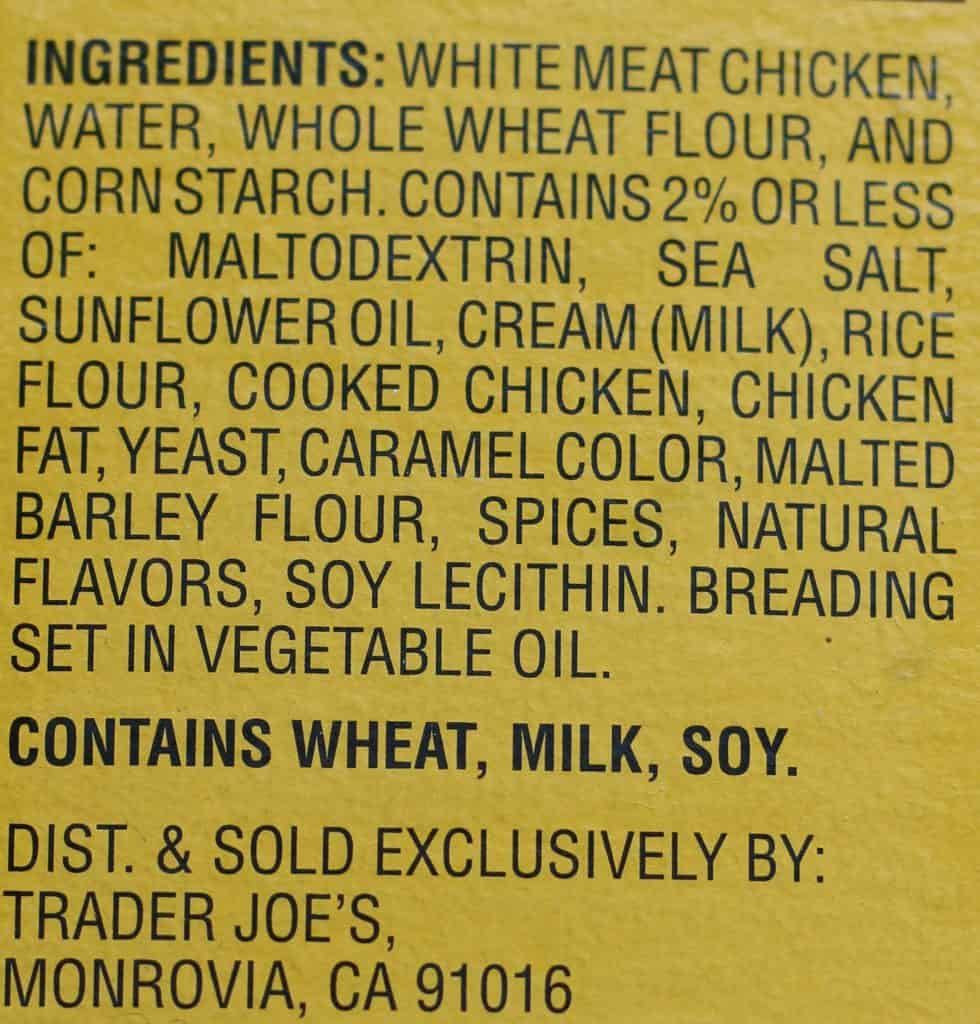 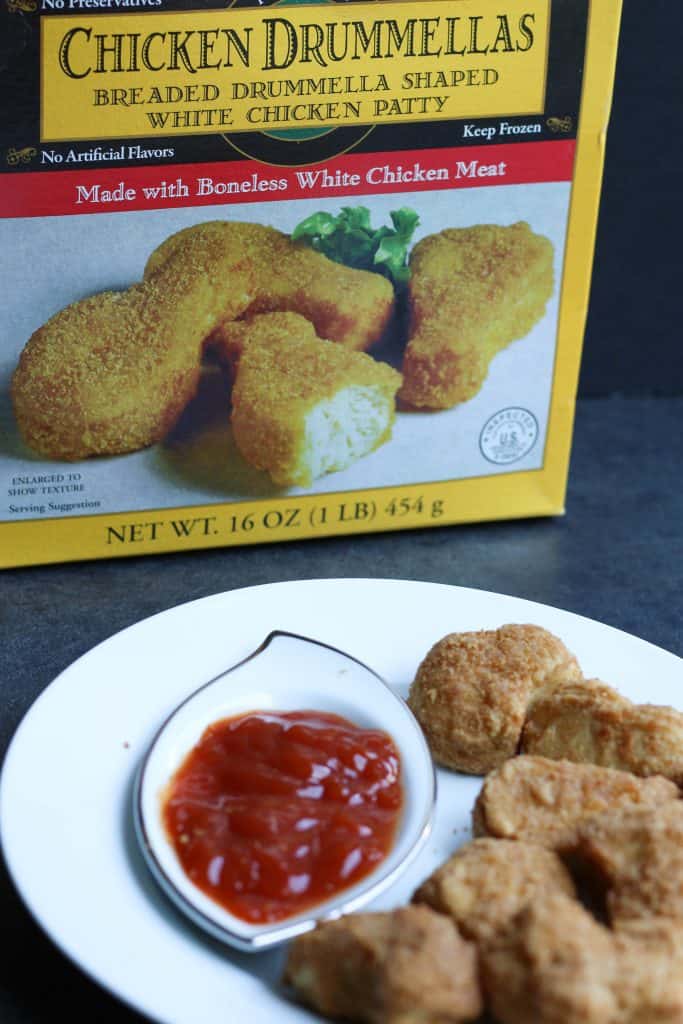 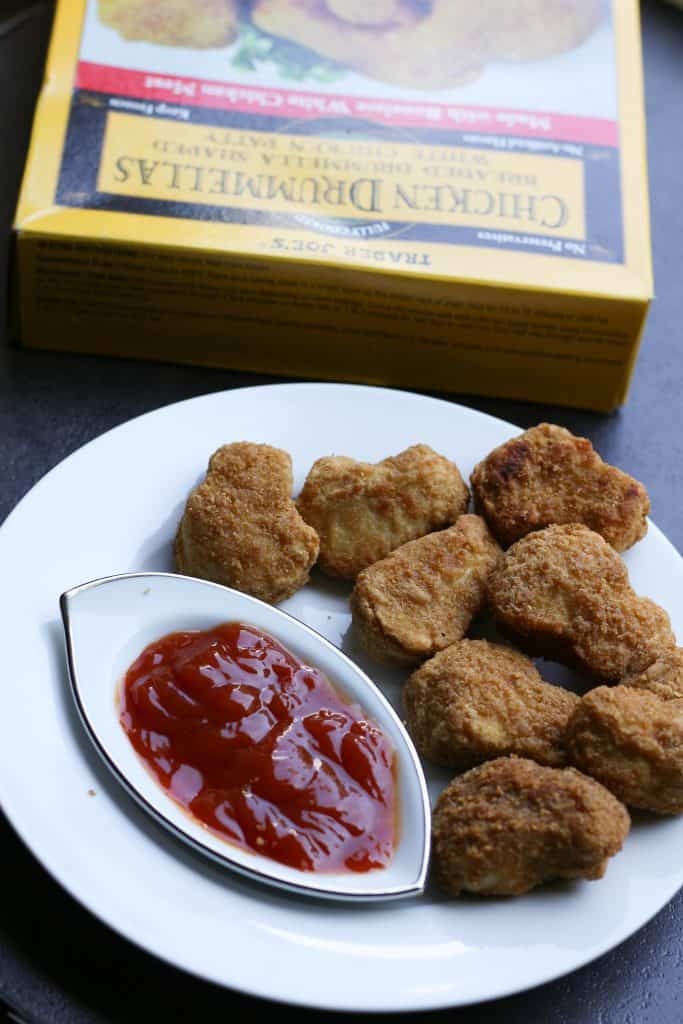 Would I buy this again? Trader Joe's Chicken Drummellas won't make the weekly list, but if I'm in the mood for chicken nuggets these aren't bad but not my favorite either. Not inedible, but nothing noteworthy.

Want to see more items I've reviewed from Trader Joe's? Click on Thoughts & Reviews of Trader Joe’s for a searchable list of more than 500 items.