The pros: Trader Joe's Chicken Parmesan Lollipops have the texture of the inside of a Totino's pizza roll. They seem like a good idea.

The cons:  Major product design issues. This just didn't work as a food that belongs on a stick. If it were in an eggroll, it would have been fine.

The verdict:  For $4.99 you get a package of 10 lollipops. The premise of this product sounds promising. I always love a good appetizer. Even when I go to a wedding or family function, I'd rather have appetizers than dinner. There are even times my husband and I will get a bunch of appetizers and have movie night at home rather than going out. I love chicken chicken parm which is why I picked this product up.

I was anticipating perhaps a stuffed chicken nugget on a stick. That is not what I got here. While tasty, this product was baffling in terms of it's execution. It was cheesy, it had sauce, and had a very small amount of finely chopped chicken in it. That mixture was then reformed and coated in a panko bread crumb.

Once cooked and cooled, I picked up my first lollipop and when I held it up no more than 12" from the pan I realized all I was holding was a stick. The mixture had fallen off the stick. This happened several times and a fork was implemented in the place of a stick. The taste was mostly of melted cheese and sauce, but the chicken was hiding. It wasn't traditional chicken parm where the chicken had been fried. This relied on the breadcrumb outside to hold it together which unfortunately didn't work.

While the taste was fine, but this needed something more substantial to hold it together. A fried eggroll would have worked better as all the ingredients are soft and not well bound together. I would not want to serve this as an appetizer, but was fine to eat. Overall, I won't be buying this again. 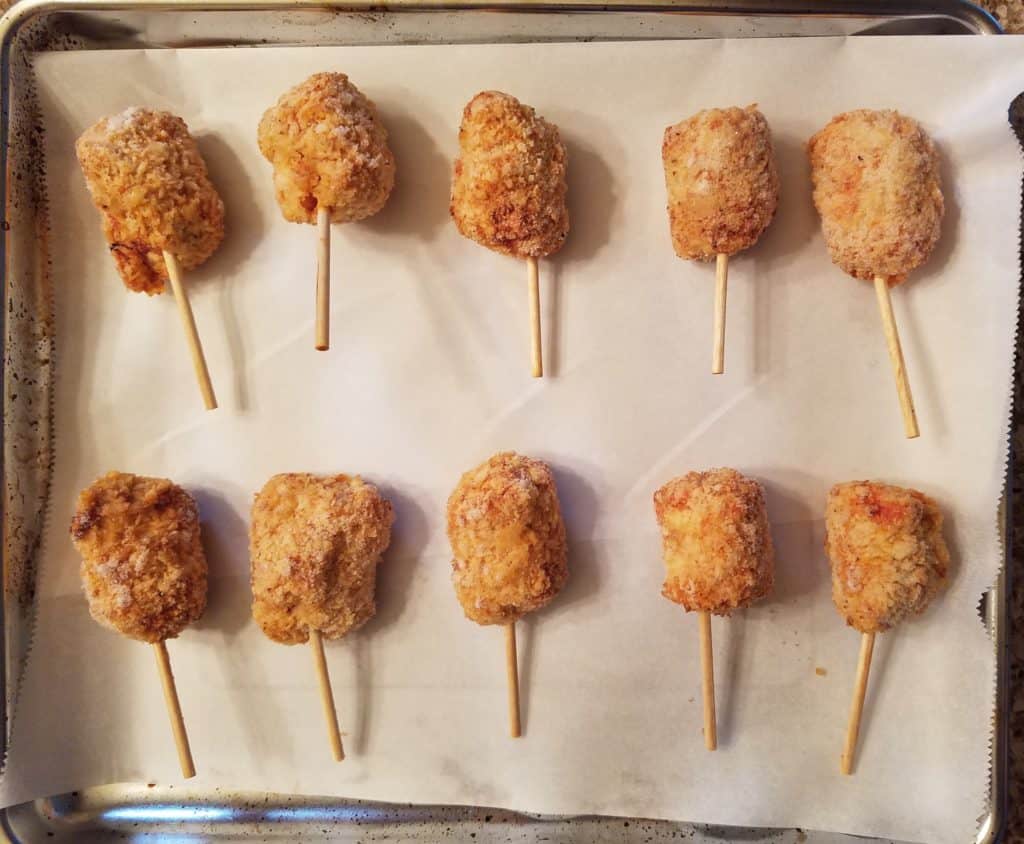 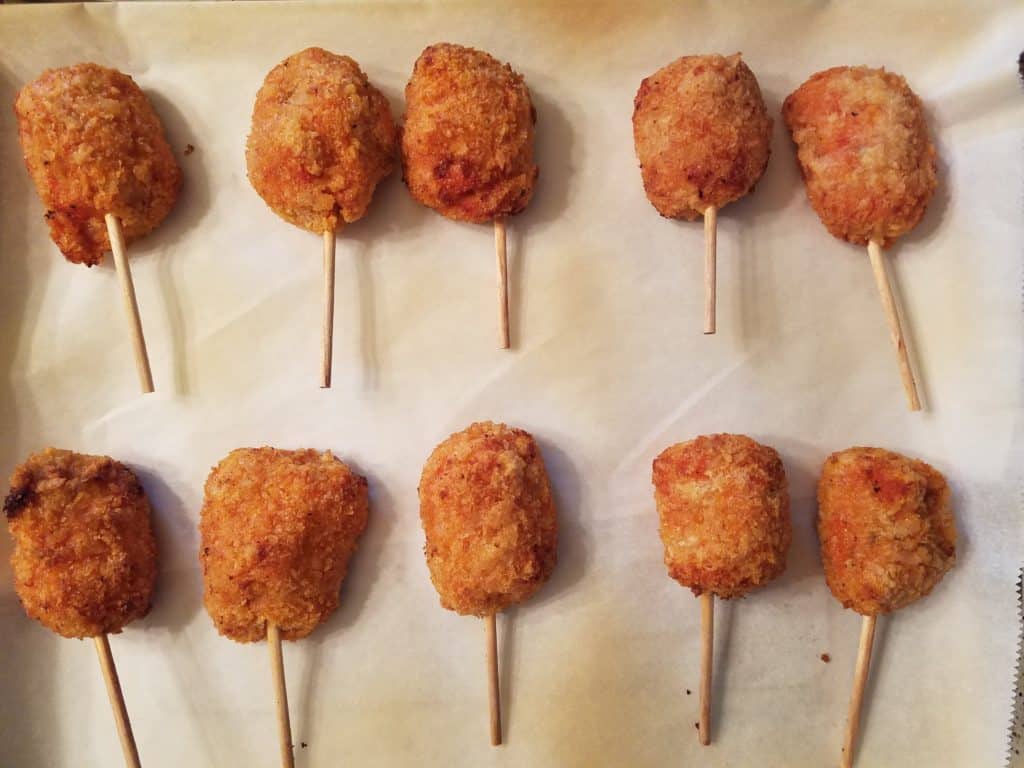 Would I buy this again?  For me, this product is a no. While the taste was ok, there were problems with form and function. I would not reach for these for a party at all. Sadly, the premise seemed good, the end product just doesn't work.