The pros:  If you like pancakes and English muffins, then this is likely for you as Trader Joe's Cinnamon Crumpets taste like a hybrid of both. Pleasant but not overwhelming taste of cinnamon. Went well with butter and jam. Low in calories so you can have 2 of these without much guilt.

The cons:  Trader Joe's Cinnamon Crumpets  are a bit plain on its own.

The verdict:  For $2.49 for 6 crumpets this is much easier than making them yourself. They also come in a package that seals 3 of them together so you are not opening all 6 at one time. The cinnamon is subtle to allow you to add whatever toppings you like. I felt it needed something and was plain on its own. I added butter and strawberry jam to this and as it came down to room temperature it was quite pleasant. I'll buy these every now and again, but they won't make the weekly shopping list. I can't always find these consistently at Trader Joe's either so that won't be a problem.

The bag in the bread aisle: 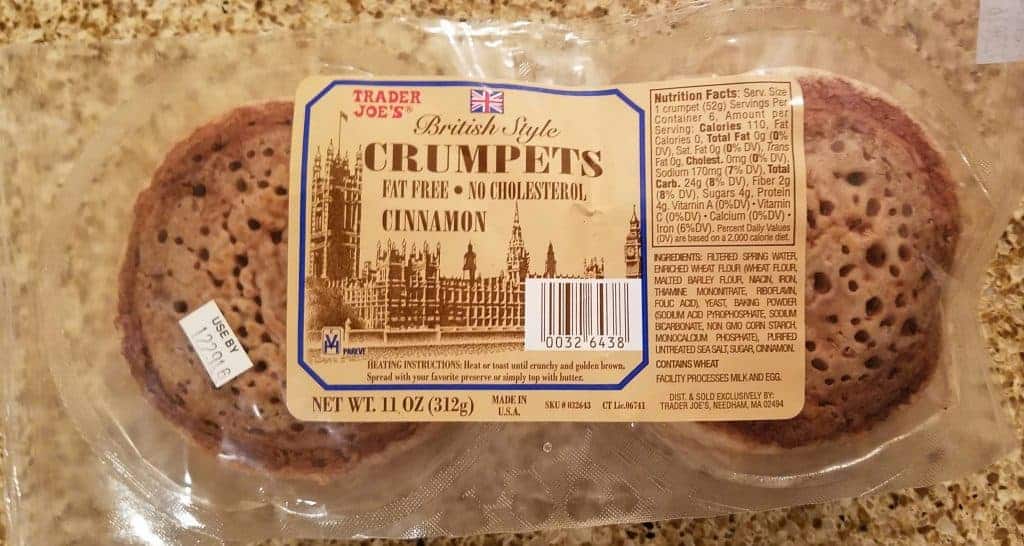 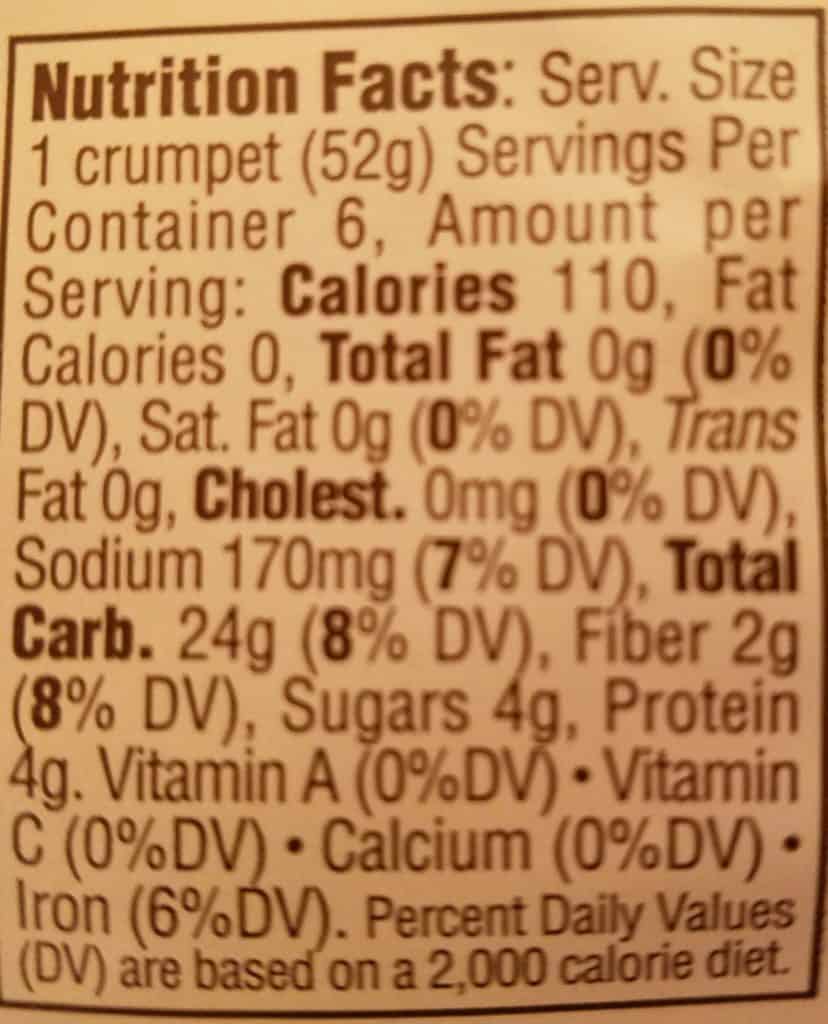 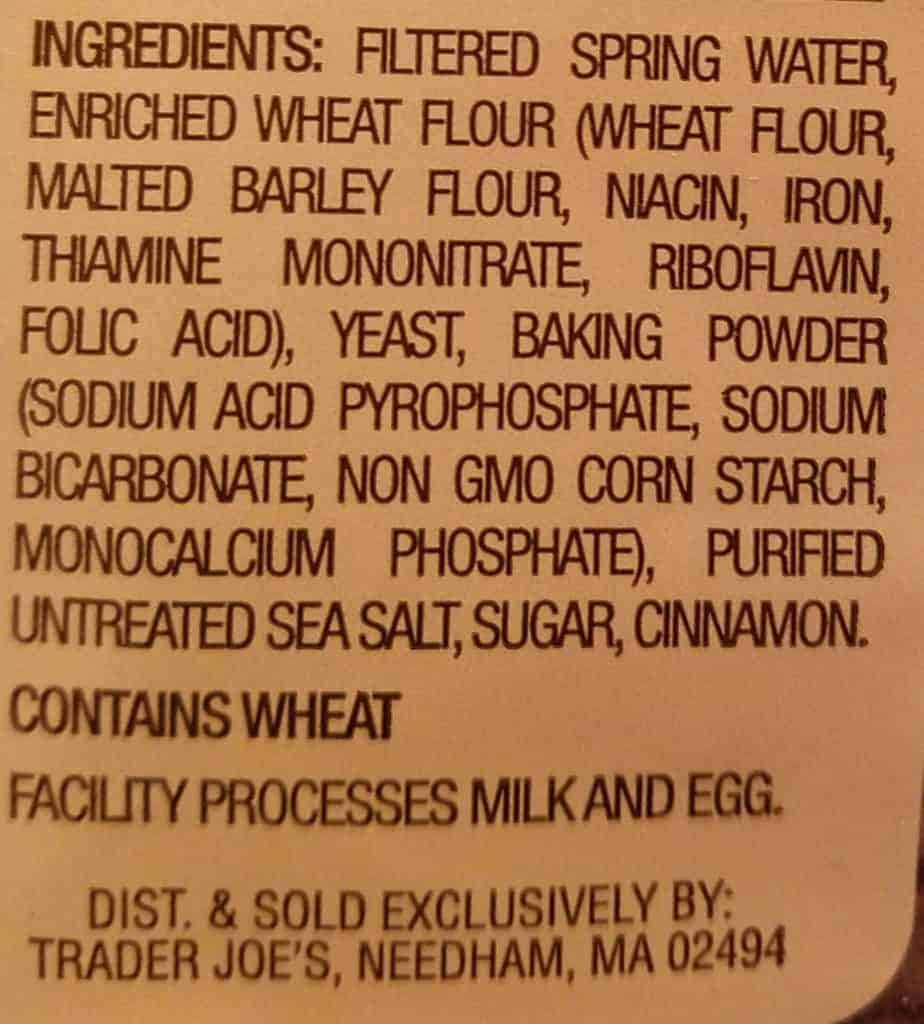 Instructions on how to prepare are in tiny print at the bottom: 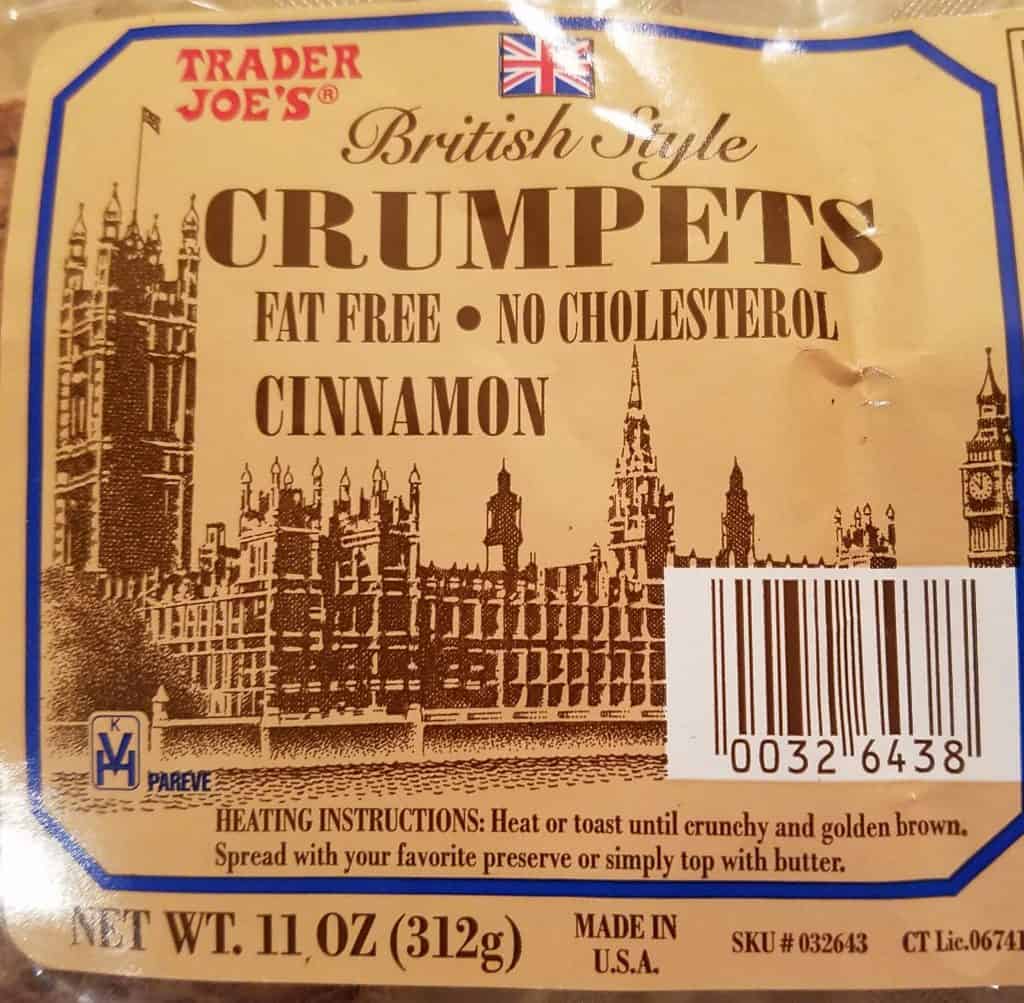 After being toasted you get: 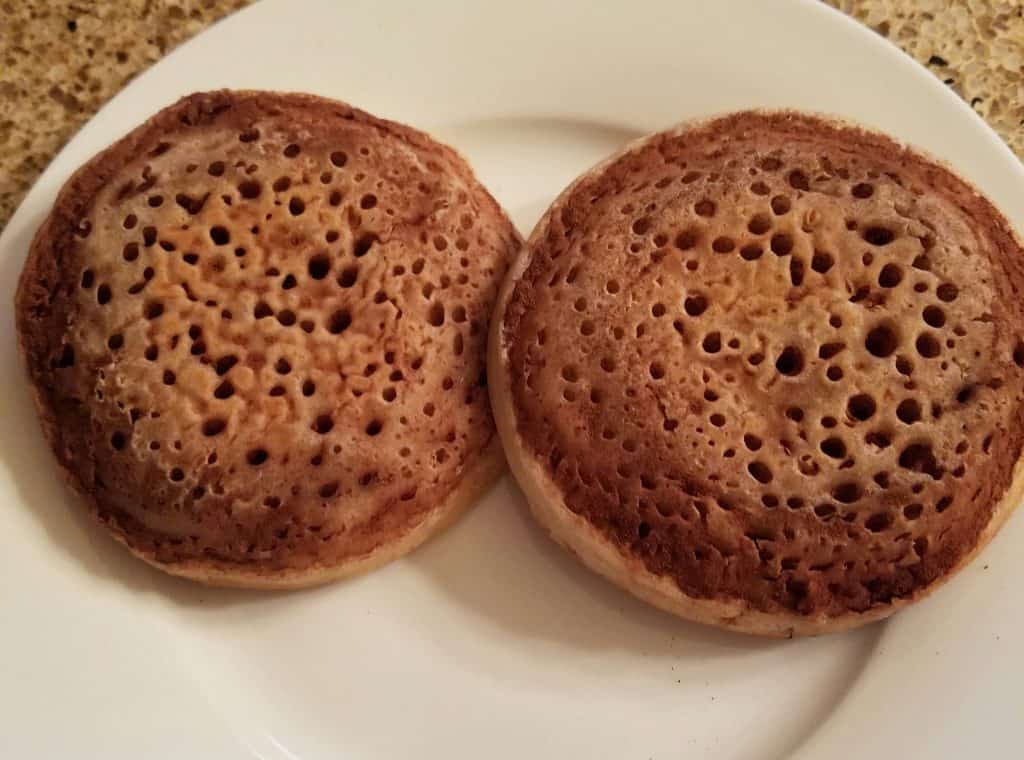 Would I buy this again? For me this is a yes, but I wouldn't buy them every week. I think these are a great way to breakup a breakfast routine that usually consists of bagels, waffles, and hashbrowns. Two of these were filling and tasted but very much needed some sort of topping. If you can eat pancakes plain, then you can have these plain as well. I found butter and strawberry jam to be a pleasant topping. Unlike English muffins there was no need to split these in half. They were tender like a pancake but yeasted like an English muffin. The cinnamon was subtle. Other than the brown coloration I didn't feel like it was a strong cinnamon taste, which in this case is a good thing as you want to be able to add your own toppings. Worth a look if you are thinking about adding something different to your morning routine.