The cons:  This was neither soft nor crisp. It had an odd texture for a cookie. To me, this was just weird. Frosting was totally flavorless.

The verdict:  I love cookies. I like them crisp. I like them soft. These I did not like. These are very generously sized. As I took them out of the box, I was impressed by their size, especially since two cookies are in a serving. After that these fell completely flat for me. While these aren't new, they are returning from last year. Now, this according to Trader Joe's is one of several German treats that are sold. Apparently, these are called Nuss-Sterne.

The sugar glaze is exactly that. It's just sugar frosting with absolutely no flavor. Maybe it was just there for a textural element. These fall into the category of a spice cookie. These also have a lot going on as well. These are just chewy cookies. There is the distinct chewiness from the candied lemon peels and the nuts involved. But some how it's not a soft cookie, not a crisp cookie, it was about as chewy as say a dried apricot, which for a cookie is less than appealing.

The spices and nuts were just ok but did not seem like a winning combination with the candied lemon peels. For $2.99 these were a bit of a waste on my end because after I finish the one cookie in front of me, I'm probably going to be depositing these in the garbage. If you like the chewiness of dried fruit applied in cookie format, these might be a better match for you then they were for me. They had a nice spice but the lemon wasn't the right contrast for these cookies. For me, these just did not work. 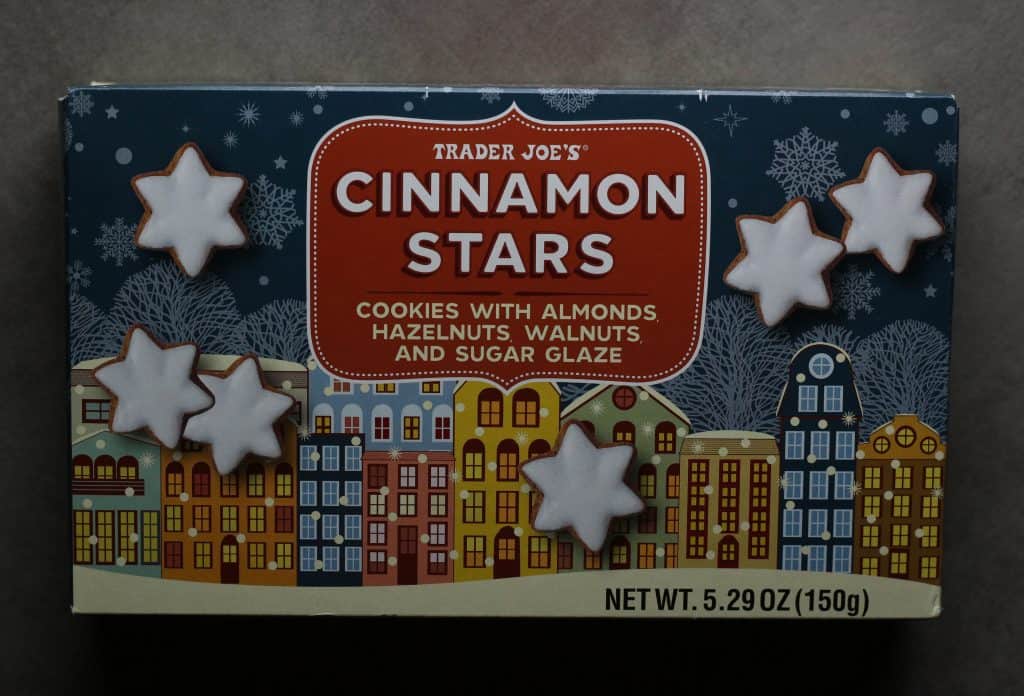 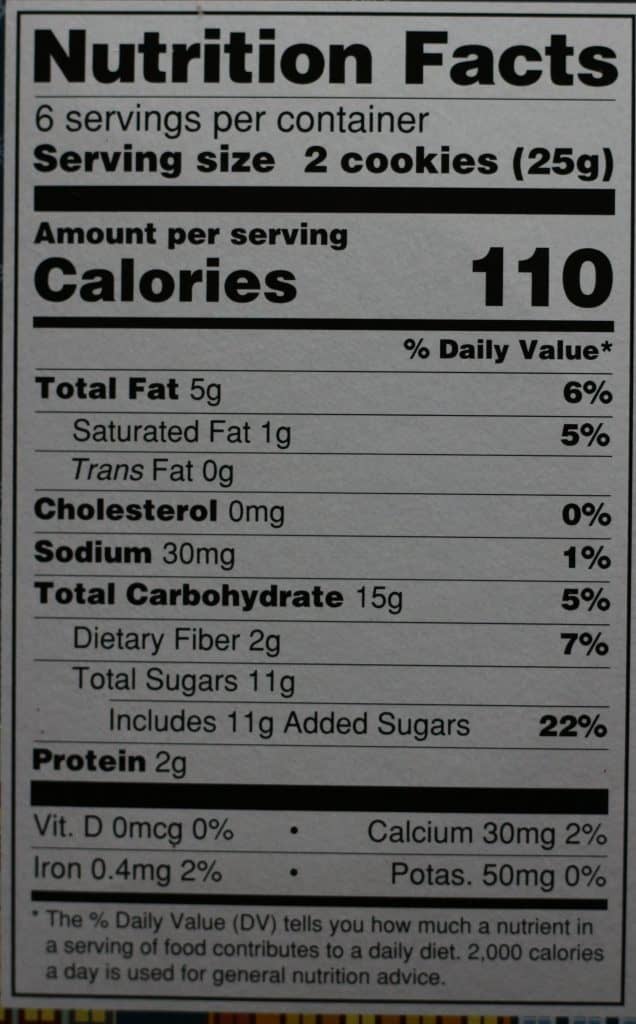 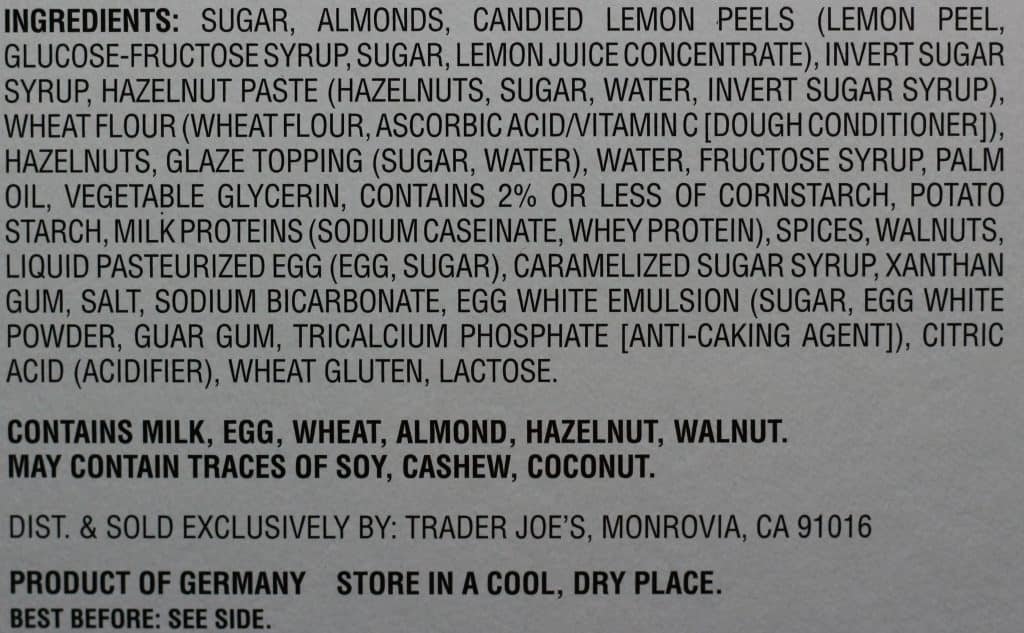 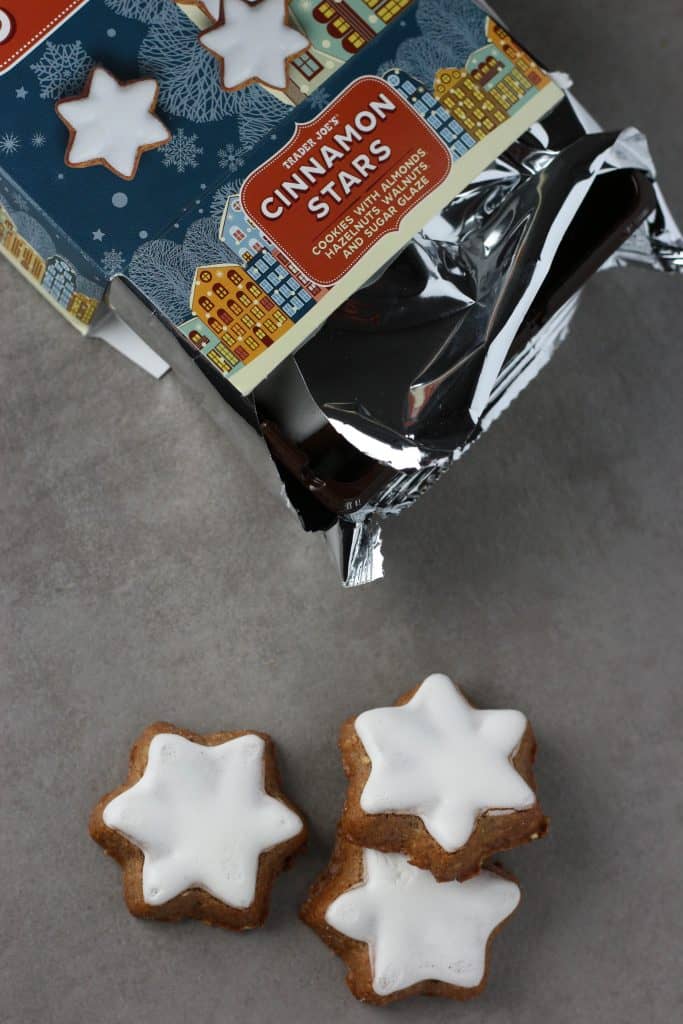 Would I buy this again? No, I will not be buying Trader Joe's Cinnamon Stars again.