The cons:  Pricier than other varieties of tomatoes.

The verdict:  Summer is almost here even though it doesn't feel like it yet in New York. Tomatoes are one of those things that remind me of summer. Usually my mom's garden produces an abundance of tomatoes all at once. While we wait for that, these mini heirloom tomatoes will have to work.

For $3.79 you get a one pound package of brightly colored tomatoes that range in color from the traditional red to various hues or orange, yellow and a pale green. Some are bicolor too.

In either case, these are tasty and have one attribute beyond being pretty to look at: the acidity. A lot of tomatoes begin to bother me when I eat a bunch of them. These, however, were mellow, easy to cut, and made for a really solid presentation. I had mine in a sort of caprese salad with one of Trader Joe's delicious burrata and the centerpiece.

Overall, these are visually stunning and different from all the other tomatoes you could reach for. Nothing says summer or farmer's market quite like these (other than actually going to a farmer's market). They are an item that is available most of the year and will make you dream of summer. 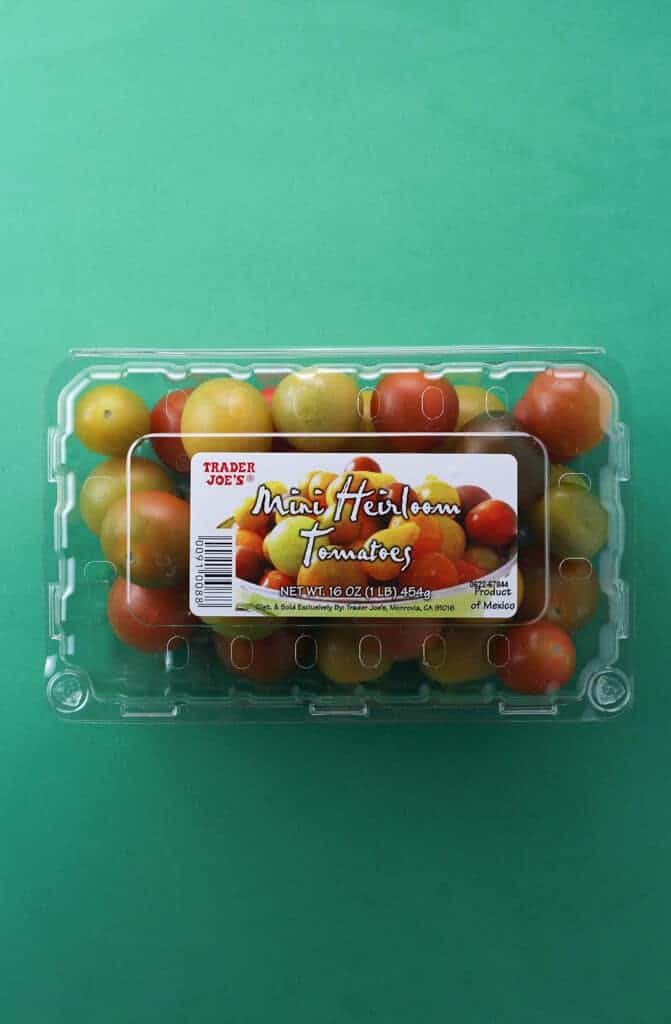 The open package shows off a partial rainbow of little tomatoes: 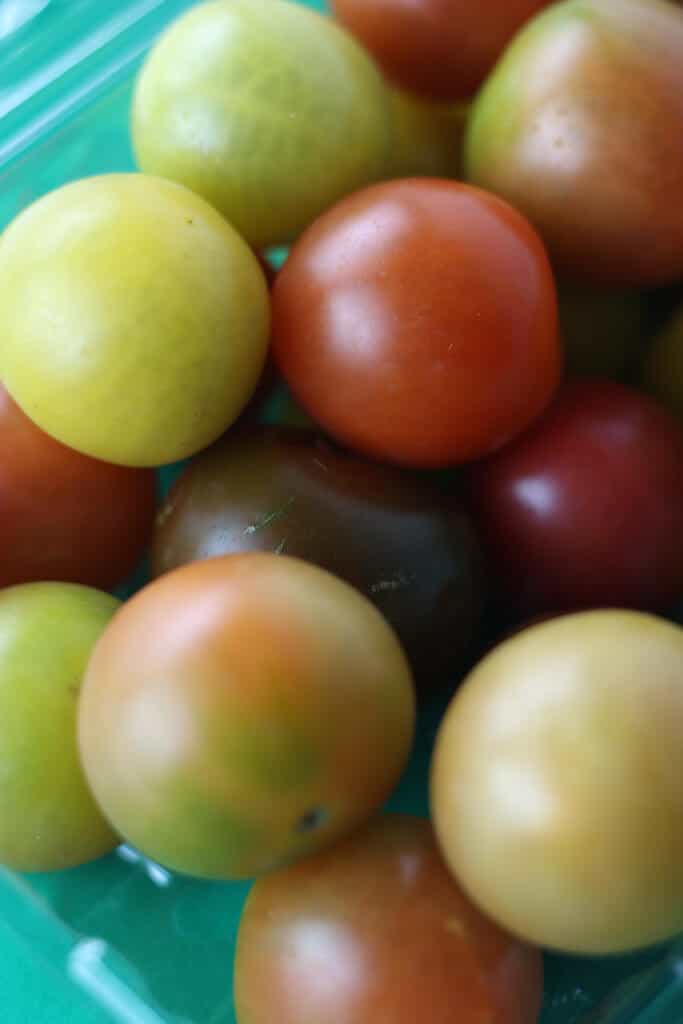 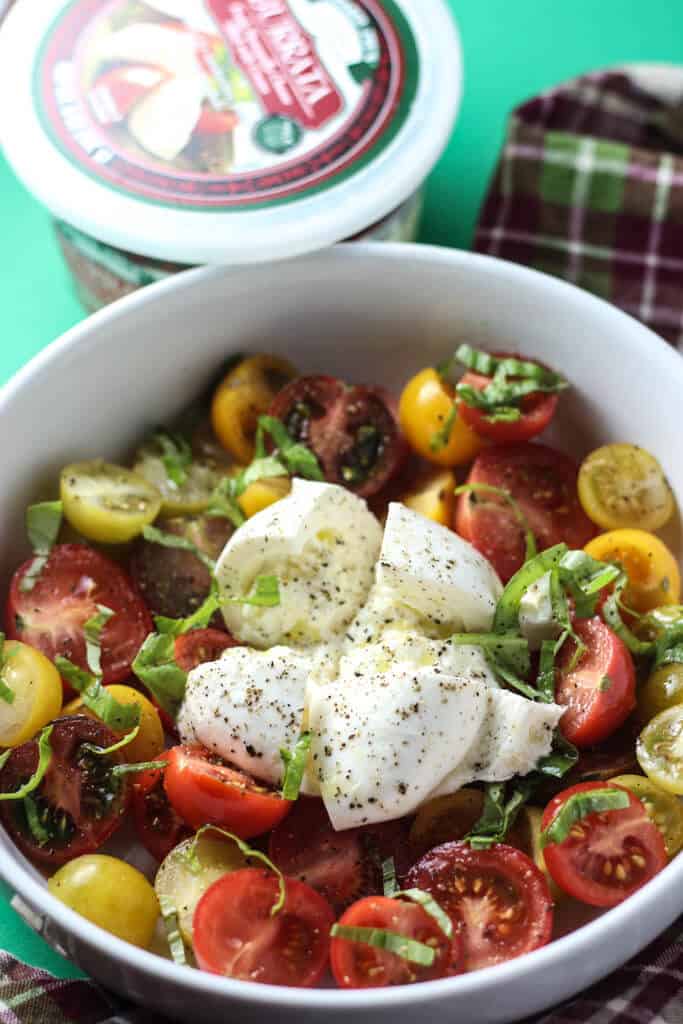 Would I buy this again?  Yes. They do not seem nearly as acidic as regular cherry or grape tomatoes which made me want to keep eating these.