The pros: Trader Joe's Nutritional Yeast is relatively new and has the vegan community excited. This item is well priced for the size that you get.

The cons: If you have never had this or have no idea what to do with it, you might not end up liking it.

The verdict:  I feel like this could be the tale of two reviews. If you are vegan and if you are non vegan you might end up with vastly different opinions of this product. I'm not vegan, but I'm more than willing to give anything a go. If you are vegan and you would love to compare brands, please leave me a comment below as I have nothing to compare this against. Your input is appreciated.

So back to the tale of two reviews. As a non vegan I had no idea what this was or what I could use it for. In fact, it sat on my shelves for several weeks. I opened it up and took a quick taste. It was sorta cheesy, but not cheesy. The taste was right, but the texture is so very far from cheese. The nutritional information on back looks stellar. But what to use it for. Again, it sat.

Enter last Christmas. I went to see family in Connecticut. I was given one request: My cousin Jessica was bringing her boyfriend to the party. He was vegan. Now, most of my family is like the very famous scene from My Big Fat Greek Wedding. The scene goes something like this: "He's a vegetarian. He doesn't eat meat. What do you mean he no eat no meat? ::silence:: That's ok, I make lamb." Anyways, we had meat for dinner, but in the spirit of being inclusive, I made Minimalist Baker's Roasted Vegan Queso. And yes, it is as pourable as the pictures indicate.

I did not take pictures to document that cooking experiment. I still had some left in the bag and I've been craving Trader Joe's Nacho Kale Chips. However, while I really liked that product my biggest complaint was the price. On the shelf it appears cheap. When you do the math and know it would be cheaper to have a lobster dinner by the pound, you calculate your options. So with one big bag of Trader Joe's Organic Kale, Trader Joe's Nutritional Yeast, a handful of pantry items, and this 30 minute kale chip recipe I was good to go.

Not only was that recipe really good, it was easy and could easily be tinkered with to make other flavors with the simple addition of various spices. It hit the spot. Best of all, for a fraction of the price I can enjoy a big pile of kale chips that taste cheesy without having any cheese. Therefore it was gluten-free and vegan.

As for the tale of two reviews, vegans, you already knew all of this. Odds are it is a likely staple and a good one in hand.

For $2.99 this is a pretty good deal from what I hear. It's still cheaper than Parmesan cheese, but a whole lot healthier. With the right recipe this can be a welcome addition to the pantry for vegans and non vegans alike. 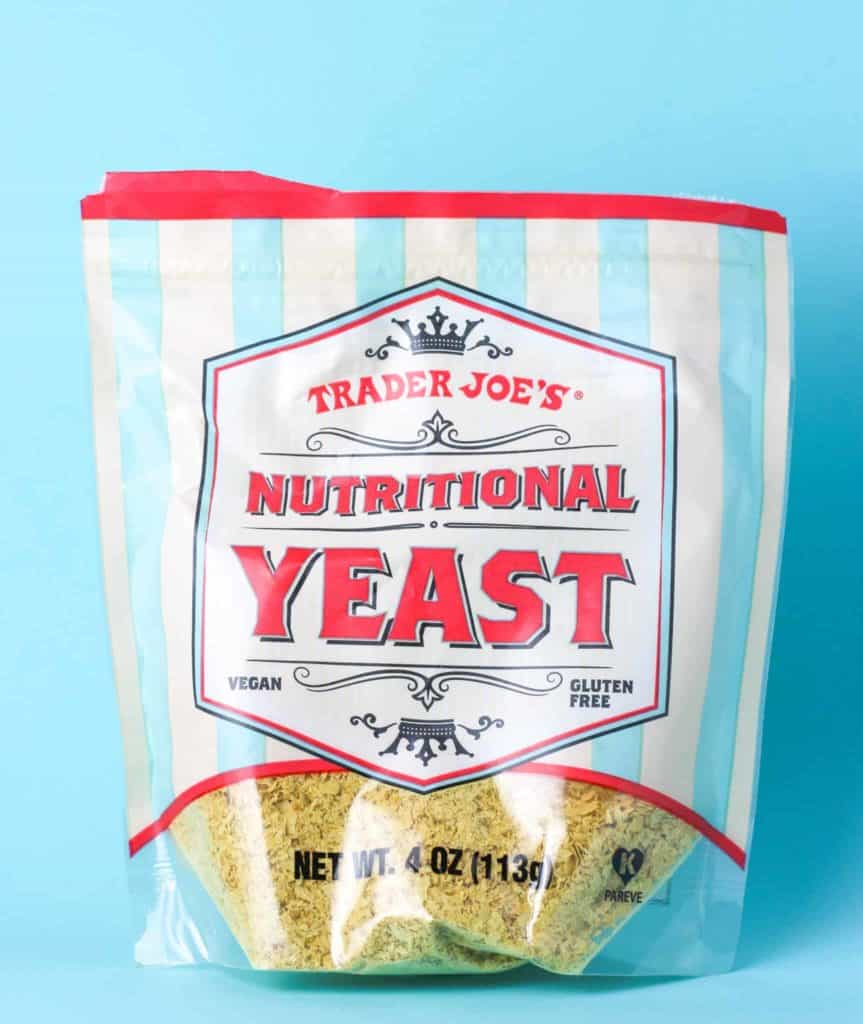 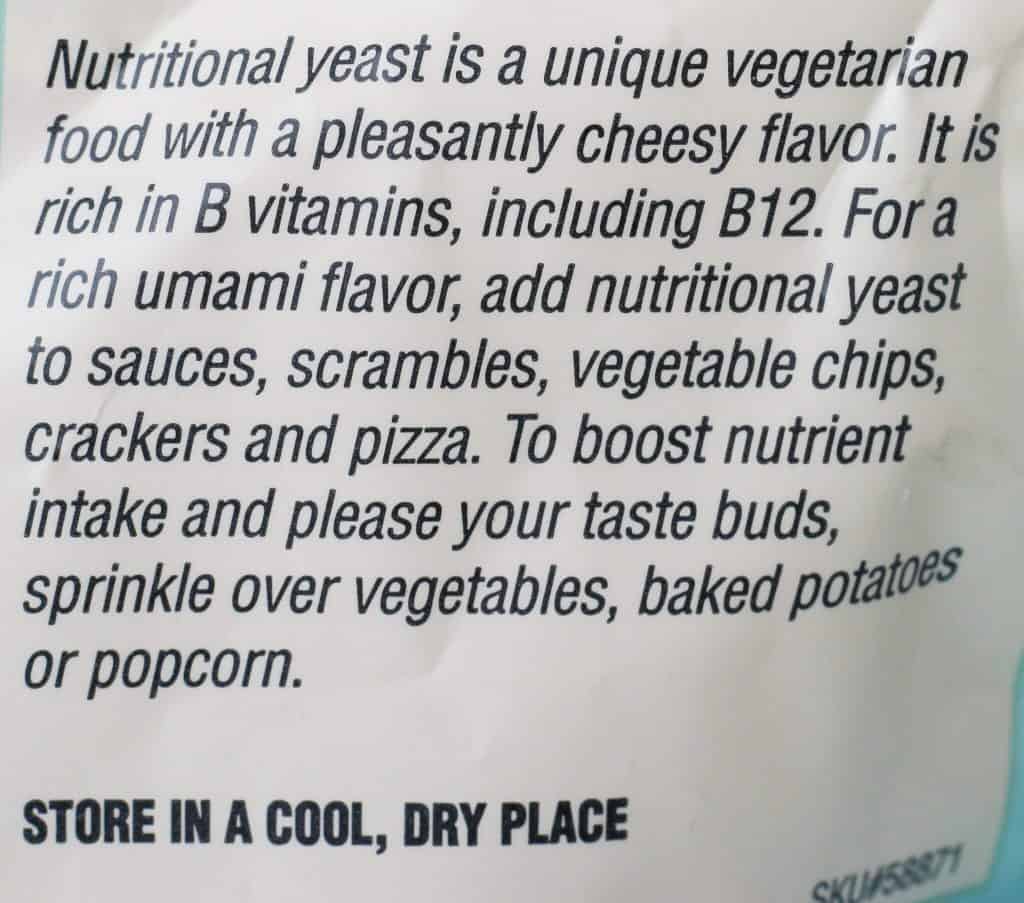 After being baked with some kale using this Kale Chips recipe you get: 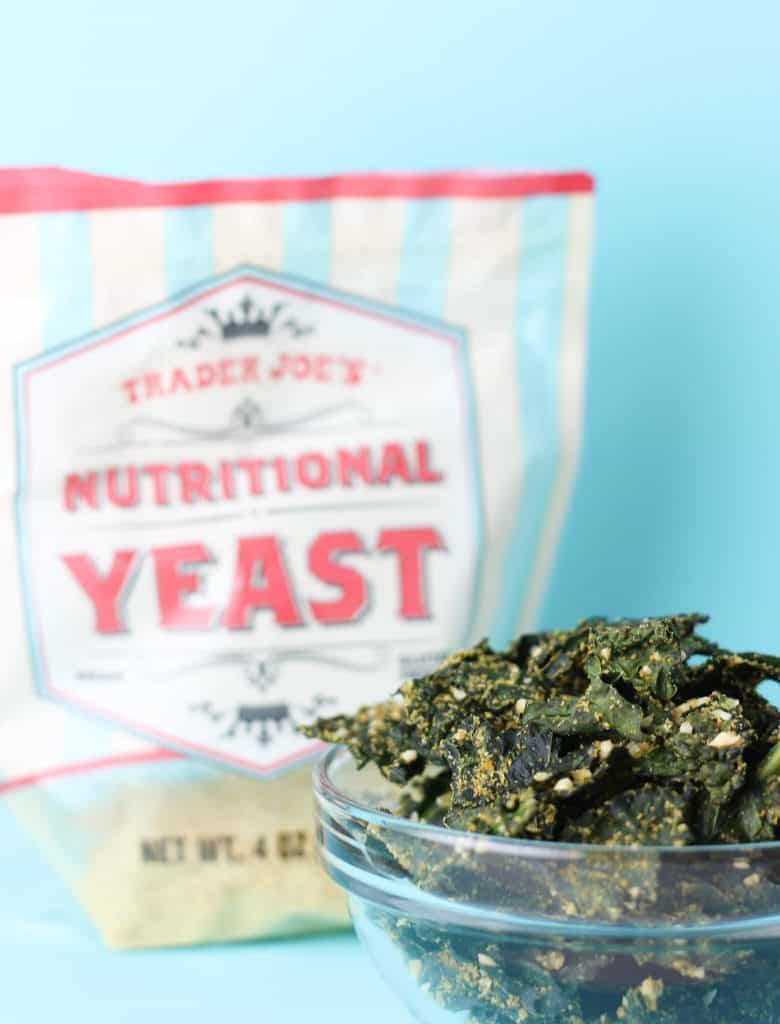 Would I buy this again? Yes, I would buy Trader Joe's Nutritional Yeast again. As a non-vegan, this was pretty good with the right application. It's not something that will go into my cart on a weekly basis, but is awesome with the right recipe.