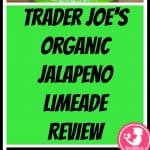 The pros:  Trader Joe’s Organic Jalapeno Limeade was the hottest beverage I’ve ever tasted. This doesn’t fail at bringing the spice.

The cons: This is a product that is not intended for everyone to enjoy. I have a feeling the reviews for this product will be all over the place. In fact, it was a split decision in my household. When I had my husband try it, he said it was the worst thing he’s ever tasted. I found this to be better mixed in an adult beverage.

The verdict:  On my most recent trip to Trader Joe’s I came across this item. It also happened to be Cinco de Mayo on the day I made my trip into the store. As a full-time history teacher, I just wish to remind everyone that the Cinco De Mayo isn’t actually Mexican Independence day. If you would like to read more about the origins of the holiday, please continue on to History.com’s explanation of the significance of the day. Like St. Patrick’s Day, Cinco de Mayo has become an increasingly American celebration.

Significance of the day aside (and history lesson too), I had seen this item appear on various forms of social media and decided this was something I needed to try. I can’t think of any beverages that were sold as spicy other than one of the bitters I bought as part of Trader Joe’s Hat Trick Trio of Bitters. So I took the plunge and bought two bottles of the Trader Joe’s Organic Jalapeno Limeade not knowing if it will be around for a while. I also had intentions using this as a mixer for a spicy alcoholic beverage. Besides, for $2.29 it wasn’t terribly expensive and yes, this product is non-alcoholic.

Well, those two bottles might be hanging around my house for a while. I took a sip of it before figuring out a balanced drink recipe. I thought immediately the words: It’s limey. By the time I had gotten to the final syllable of that thought the spice kicked in. This is far spicier than Trader Joe’s Habanero Lime Tortillas. It was more like drinking a jalapeno pepper with a lime chaser. On its own, it’s just ok (I like spice) and might sit in my refrigerator for some time. When subjecting my husband to my typical, “Hey, Honey, try this. Tell me what you think.”

He made a face that I should have taken a picture of. It was the wince of a person who had tasted something terrible. Almost like someone drinking milk way past its prime. My husband hated, loathed, despised, and abhorred this product. I don’t blame him. The selling point and the worst part of this is the level of spice used. It’s just not that pleasant to drink on its own. I had a glass plain and that was enough for one day. Plus, this is a sugary as having a soda.

As far as I’m concerned, on its own, it’s not great. However, this review is going to seem a bit bipolar. Plain, I did not want to have more and more of this product. However, as a novelty drink mixer, it wasn’t bad either. If you’ve enjoyed a spicy Margarita out, then this is something to pick up.

If you hate spice or are very timid about spice (or just don’t like the thought of drinking something spicy for that matter), then this is not a good match for you. It was medium hot as a beverage in terms of spice level, so it’s not meant for wide appeal. This beverage may be best suited those who can use their mixology skills to come up with ways of tempering the flavors presented in this product. 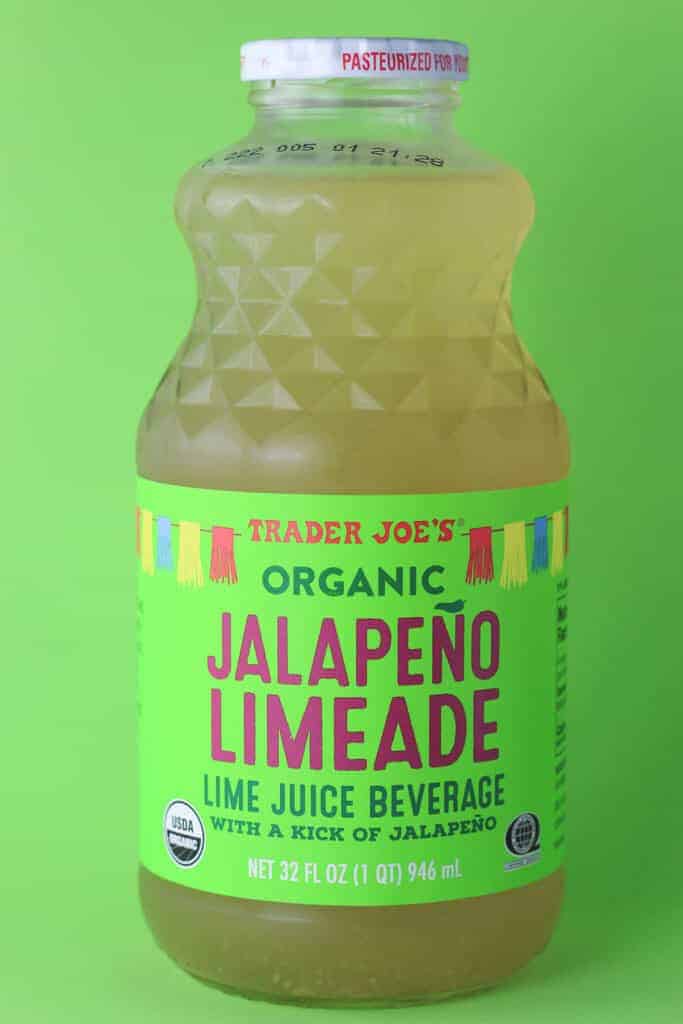 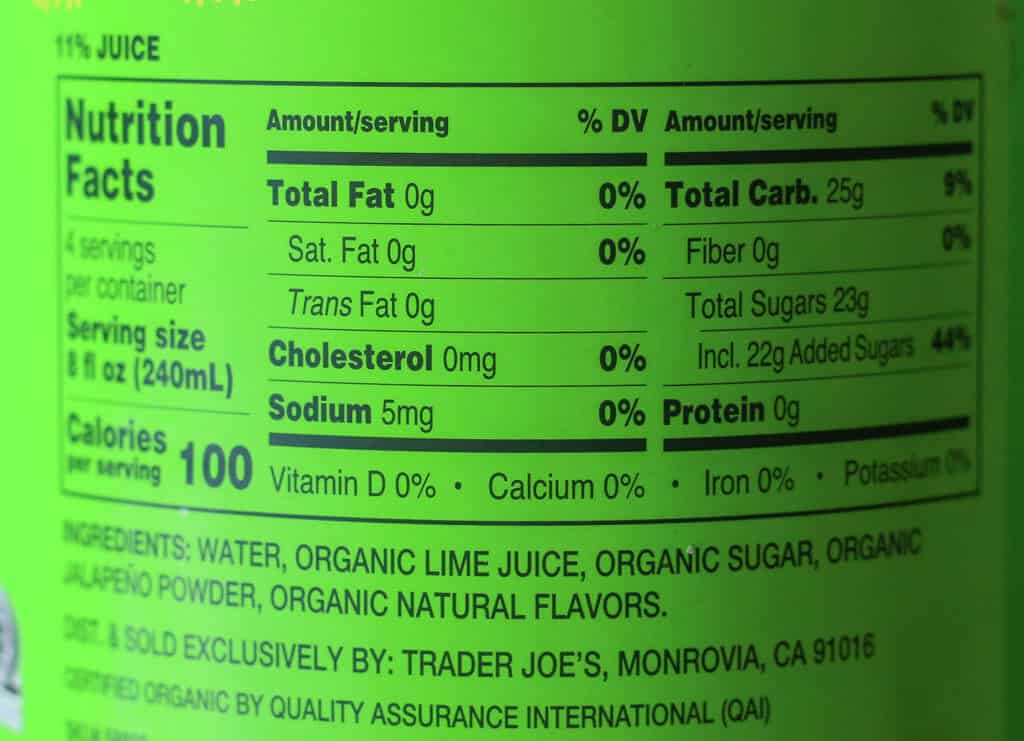 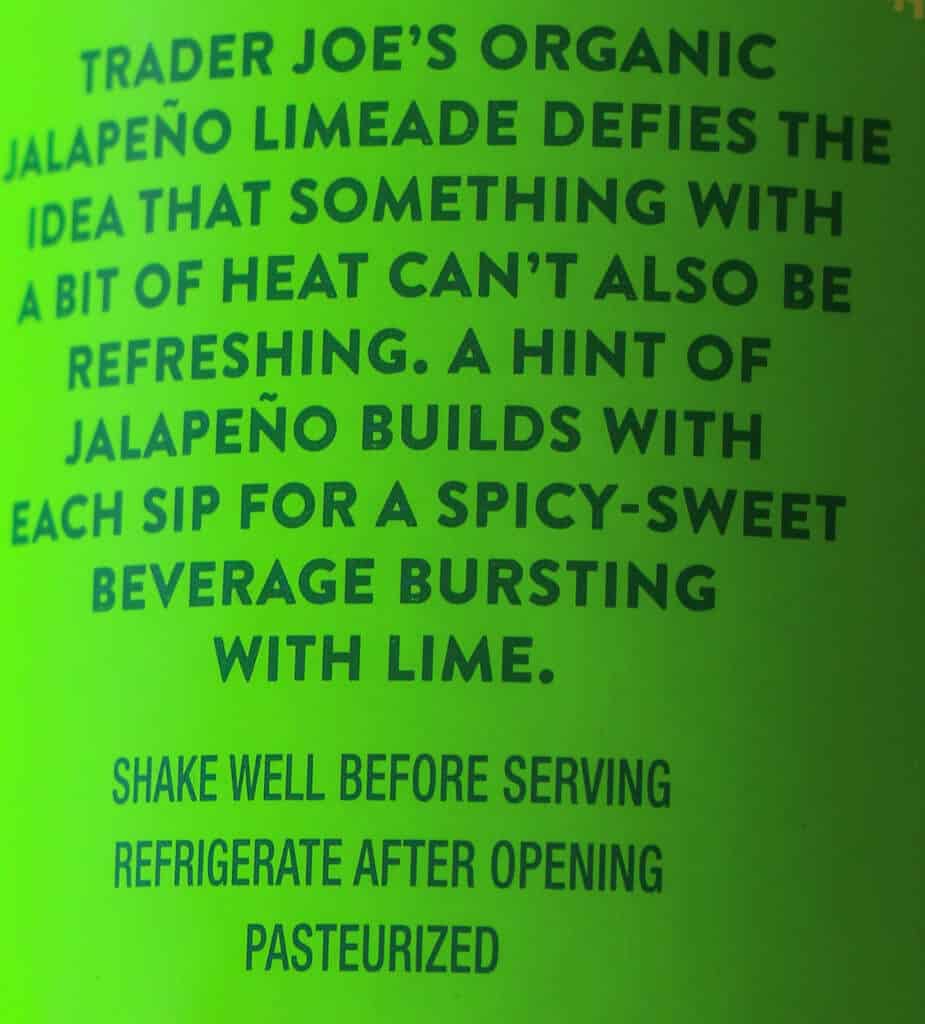 What did I end up doing with this? I made Spicy Jalapeno Limeade Margaritas: 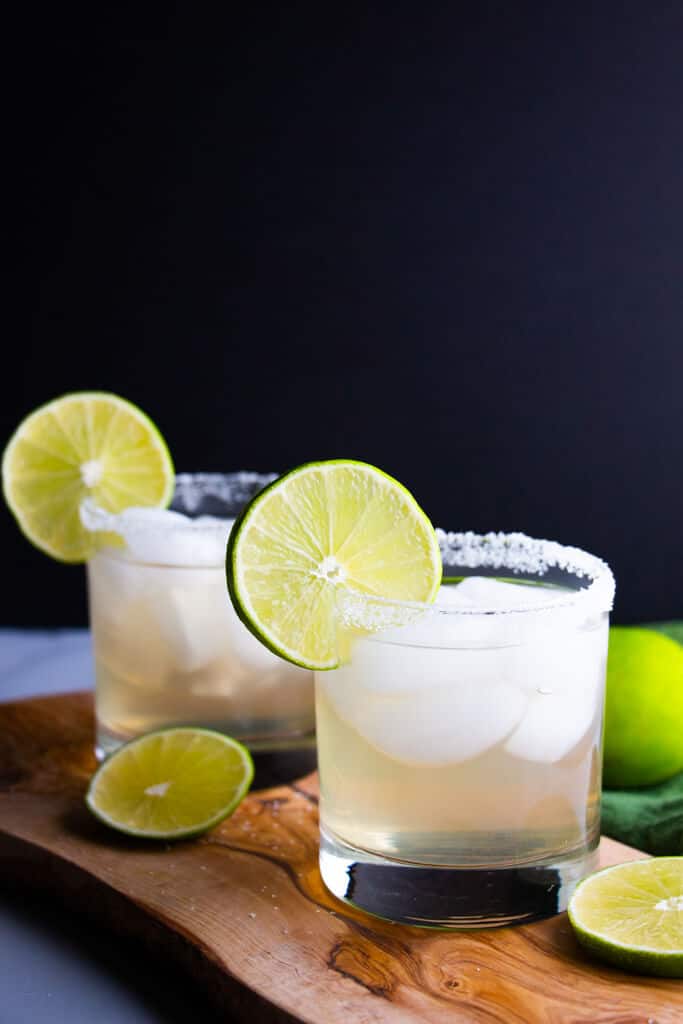 Would I buy this again?  I’m not sure. I was very excited about Trader Joe’s Organic Jalapeno Limeade, but it’s best suited as a drink mixed with something. For me, that something happened to be alcohol. I’ve made several adult beverages using this. So far I’ve used it to make a Margarita, Caipirinha, and hope to see if it works as a Daiquiri. I’ll link to the recipes as soon as I’ve finished field testing them.