The pros:  Trader Joe's Organic Sicilian Style Pizza is quick and ready in under 15 minutes from your oven. The organic olive oil was an added bonus that I was tempted not to use, but only added to the flavor here.

The cons:  The pearl mozzarella cheese and the crust seemed under salted.

The verdict:  At $4.99, the organic pizzas are priced about $1 more than regular frozen pizzas at Trader Joe's. No matter, the quality is present in this pie. While it won't be as good as your local pizzeria, it still managed to be tasty. This is as simple as preheating your oven and taking 15 minutes to bake. You probably can't even get pizza delivery in 15 minutes.

The crust on this was nice and crisp and it somewhat resisted my pizza wheel. It held the toppings well but could have used a pinch of salt. Not a deal breaker as there were lots of other flavors going on. The pizza itself is topped with organic tomato sauce which had a lot of flavor to it. It had notes of onion and oregano. It was topped with both a shredded cheese and pearl mozzarella. The shredded cheese bubbled nicely in the oven. The pearl mozzarella and the red peppers were very unevenly spread out.

Out of the oven the red peppers had a nice sautéed flavor to them. The pearl mozzarella melted into little puddles which seemed like they too were slightly under salted. What makes this pizza special is the tiny packet of pepper flavored oil included. At about 7 minutes into cooking, I took the pizza out and put drops of the oil on the pizza. It was organic olive oil that had the kick of red pepper flakes. I placed the pizza back in and the oil added nice flavor and a bit of kick to the flavors here. Baking it seemed to mellow out some of the spices. Just be sure to spread out the oil.

If you enjoy the flavor of red peppers, then this is a good product to reach for. My husband doesn't love pepper flavors, so he said it was ok and was kind enough to leave me a slice. I enjoyed the flavors here and would buy this again. 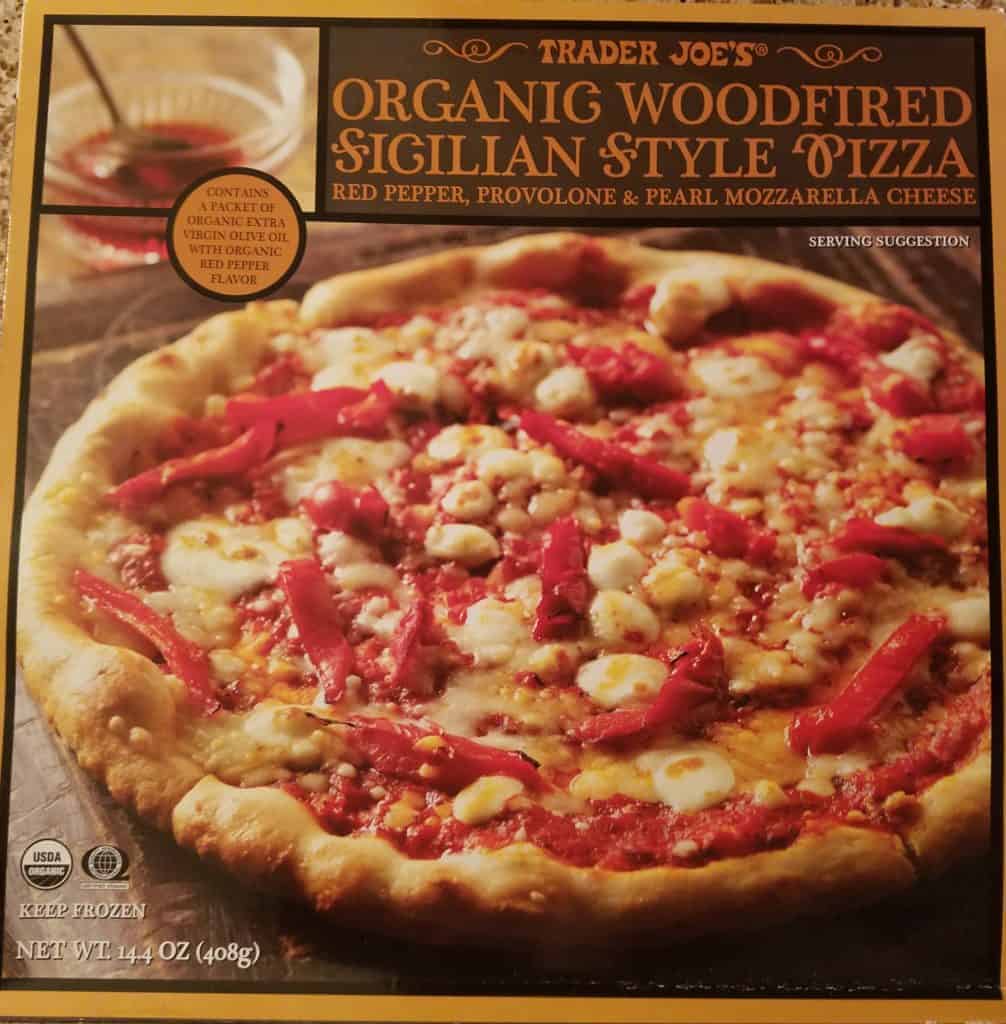 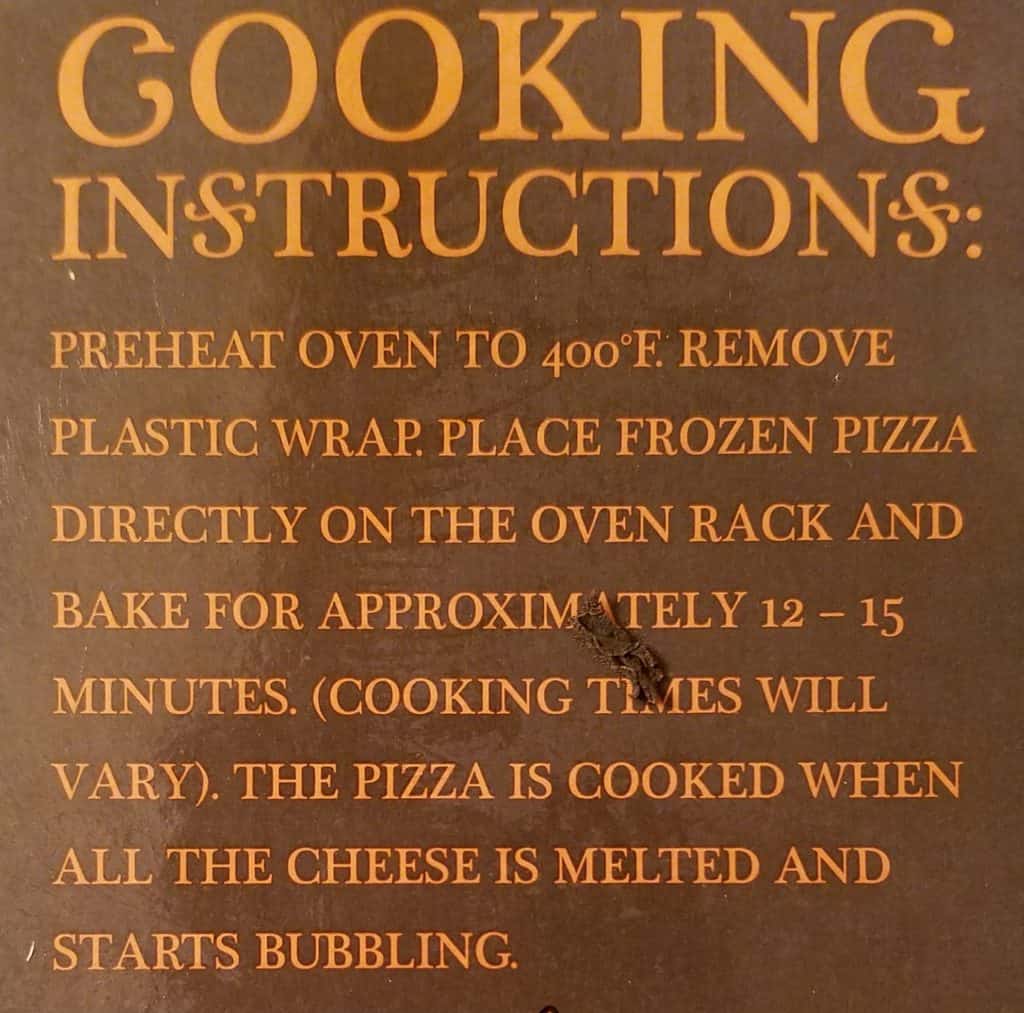 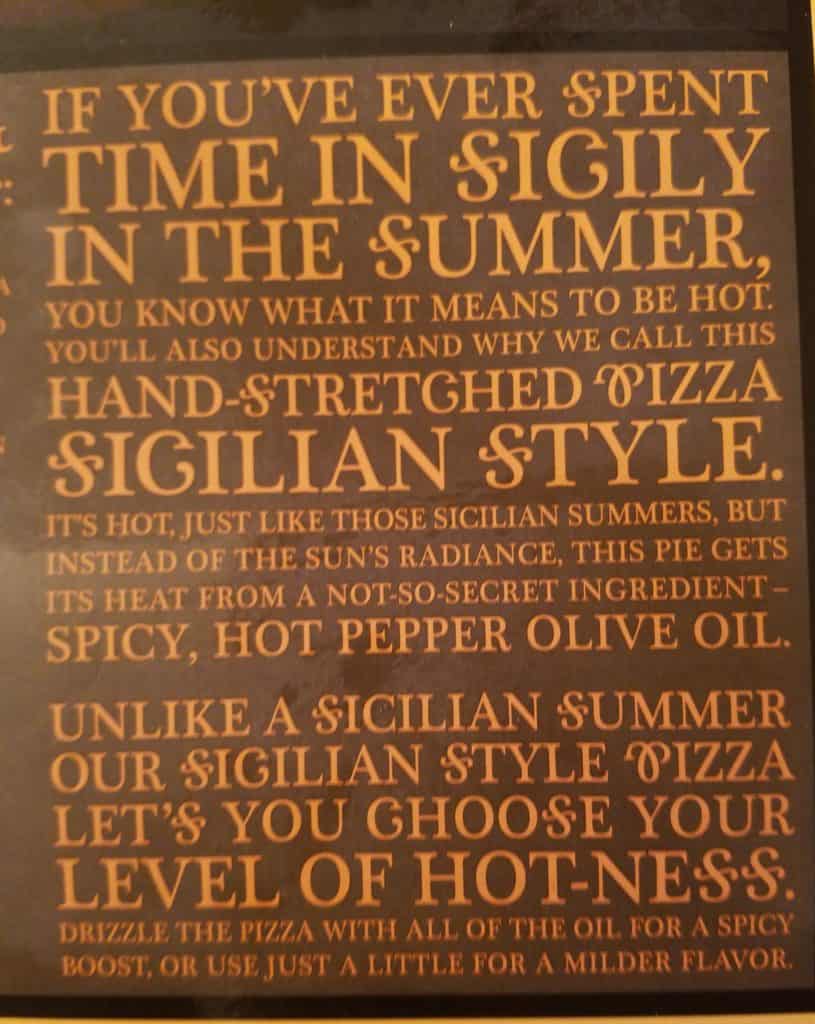 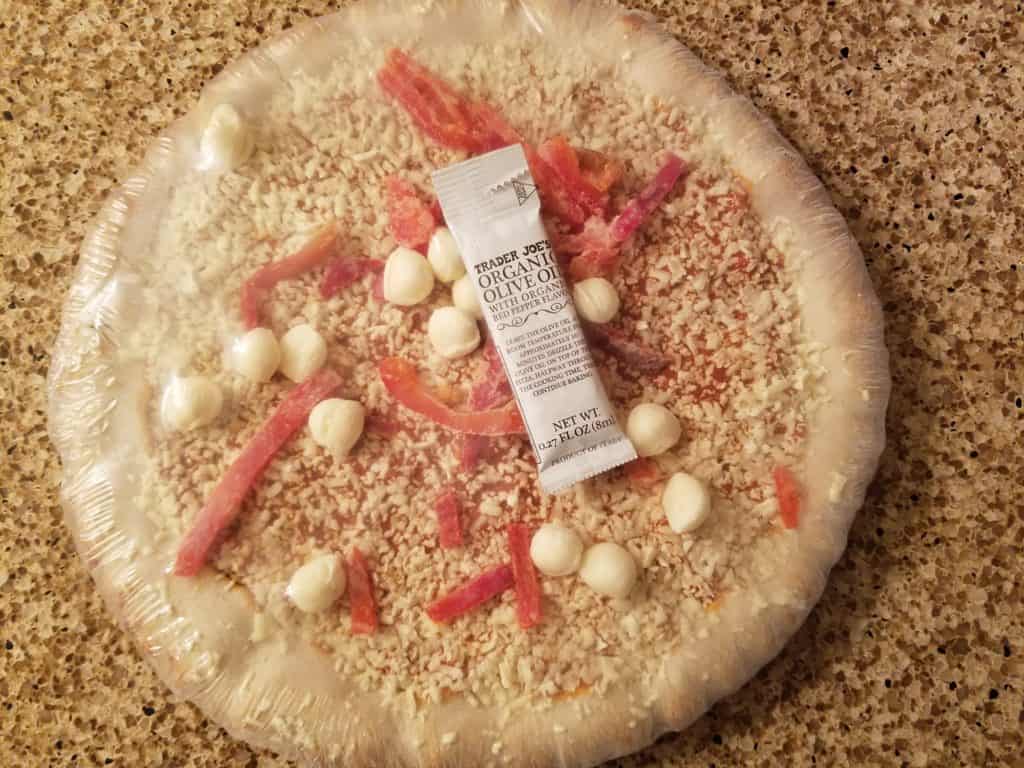 A close up of the tasty but spicy oil packet: 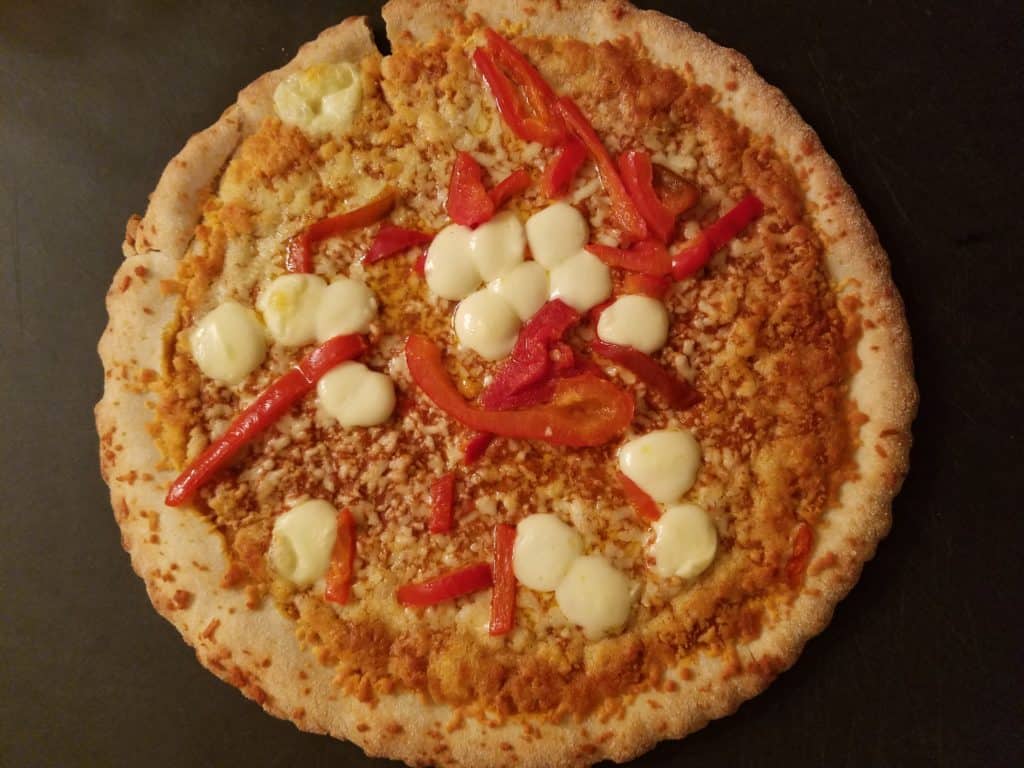 Would I buy this again?  Yes, for $5 you'll be lucky to get 2 slices from your local pizzeria. This made a total of four decent sized slices and could be shared by two people. I'd buy this again.