The pros: Trader Joe's Pizza Margherita is pizza on demand and ready in about 10 minutes from the freezer. It had a nice crisp crust.

The cons:  None really come to mind.

The verdict:  For $3.99 you are getting one pizza that is imported from Italy. The pizza is ready from freezer to plate in 10 minutes. I found it took longer to preheat my oven than to actually bake the pizza. In the box, you get a shrink wrapped pizza that is visually a nice pizza to look at.

After being baked the approximately 10 minutes, what came out was a pretty tasty pie. Not only was it tasty, it actually looked like the pizza pictured on the box. The crust was somewhat unusual for the freezer pizza. It was crisp and actually made a "snap" when a slice was folded over. The crust is pretty thin for a freezer pizza.

There was enough sauce to coat, but not enough to make this pizza soggy. The sauce wasn't spicy in anyway, so some might want to keep some chili flakes nearby. Others might find the sauce a pleasant marinara. The mozzarella was thin enough that a pizza wheel could slice through it easily without having a landslide of cheese falling off.

There is some grana padano which is pretty darn close to parmesan. Overall, it was a very well done freezer pizza and won't set you pack quite as much as your local pizzeria. It's not as large as a large pie, it's enough to get four generous slices.

I'd buy this again. My husband and I enjoyed it and were pleasantly surprised on how good it was for a freezer pizza. Your local pizzeria will likely made a better pie, but not for under $4. 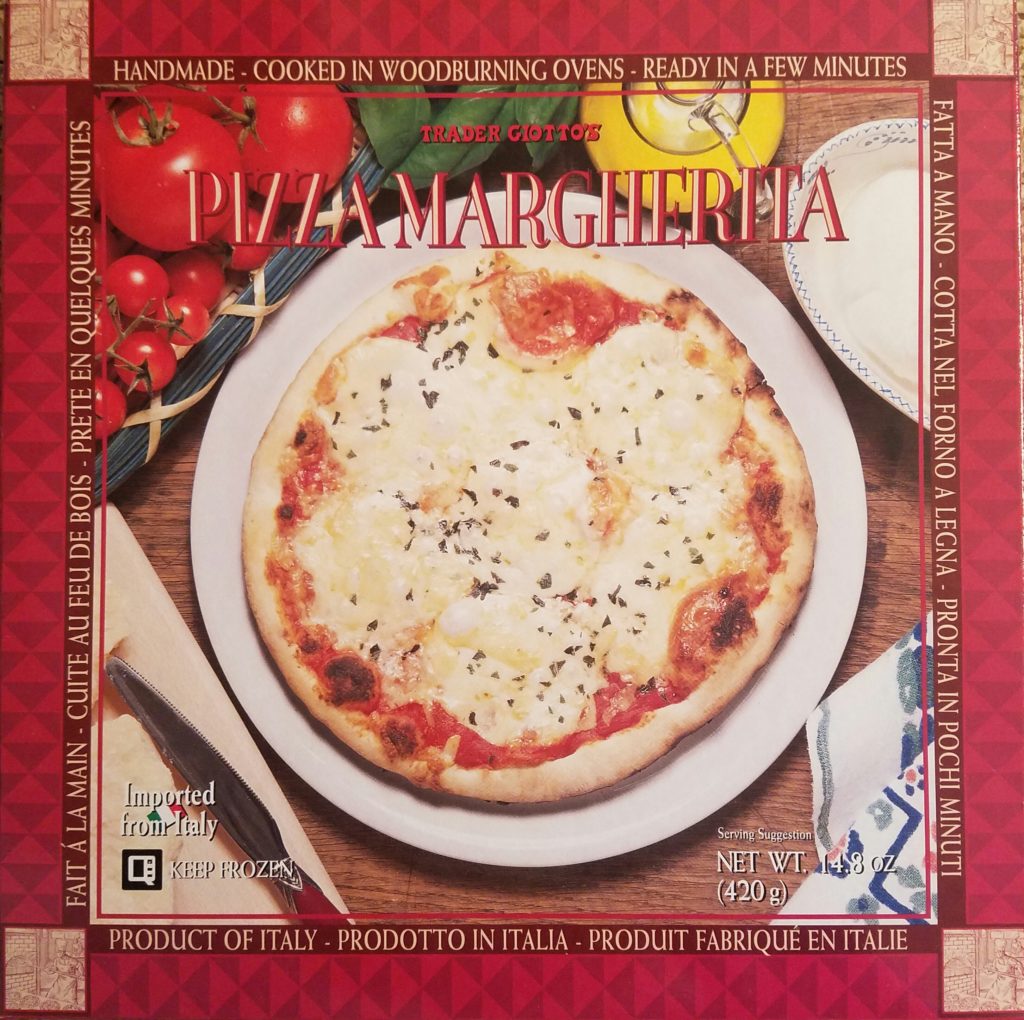 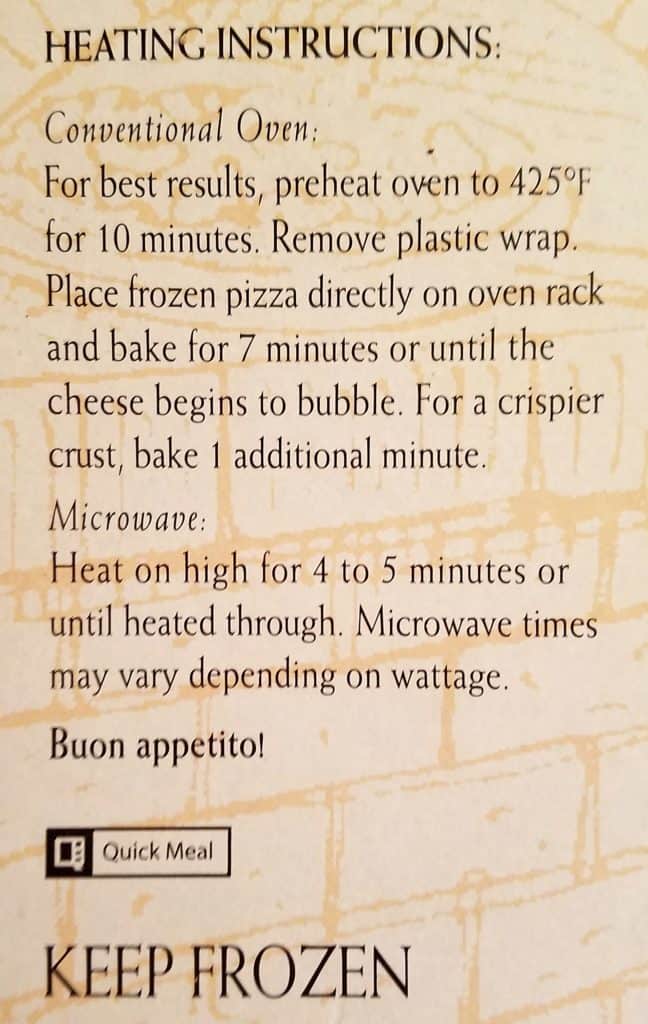 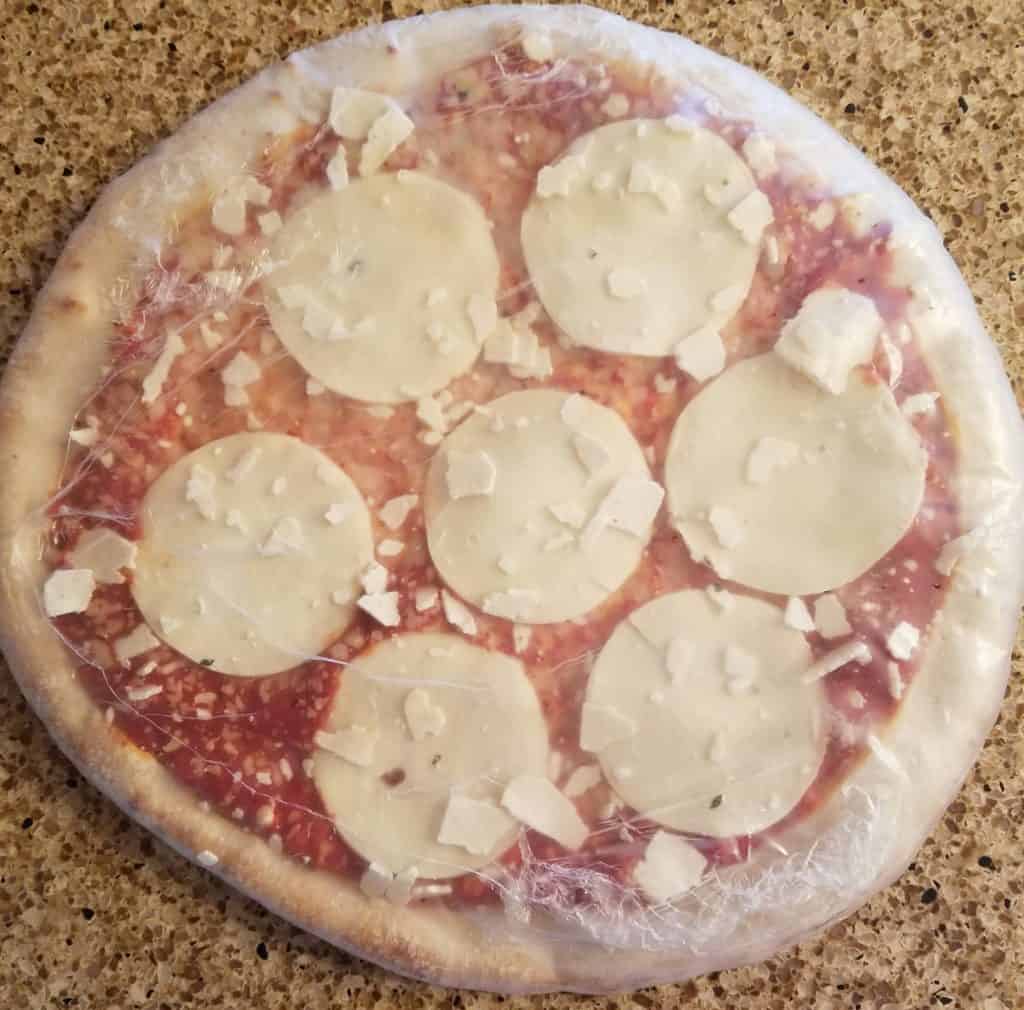 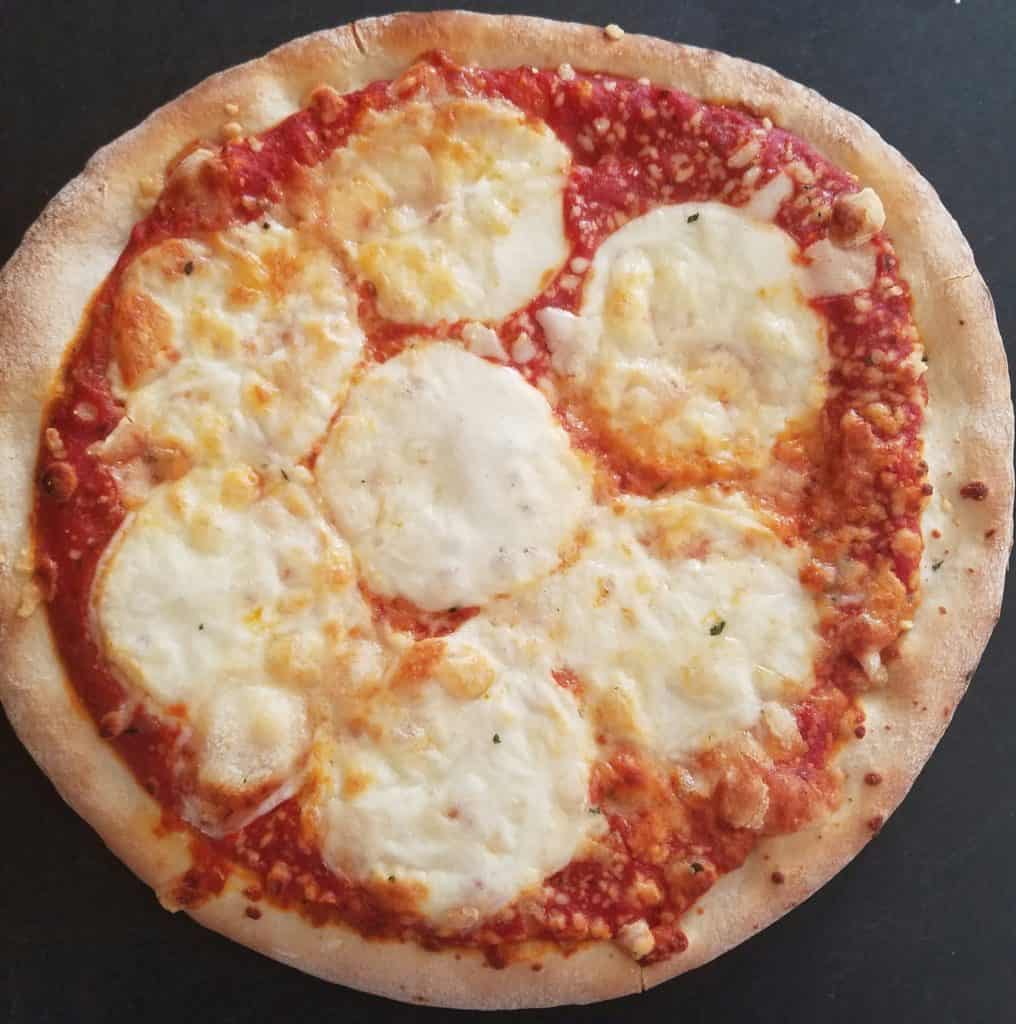 Would I buy this again?  Yes, I'd buy Trader Joe's Pizza Margherita again as a quick pizza that makes four generous slices. I'd consider making this a freezer staple.