The pros:  Trader Joe's Tempura Shrimp Crunch Rolls is an on the go sushi where you can grab and go. There is a selection of sushi to choose from. Tasty but non traditional dipping sauces.

The cons:  Not a variety that works well in the refrigerated section. Rice was all wrong. Tempura batter on shrimp was mush.

The verdict:  For $3.99 you get one roll consisting of 8 pieces of sushi. Within the package are three small packages. Two sauces and one for added crunch. The sushi has white and black sesame seeds for added flavor and texture. The sushi rice is the beginning of what is wrong with this item. The sushi rice seems like it was squeezed so hard it has lost all texture and essentially became like paste. It was so dense it was hard to enjoy that element.

So let's talk about the other elements. Within each roll there is tempura fried shrimp and imitation crab meat. These two should probably never be placed next to each other. Imitation crab meat is moist. Tempura should be crispy. Add time and refrigeration and you've destroyed the crispiness. You also get some non traditional side items. Normally sushi comes with three items: pickled ginger, soy and wasabi. This roll came with a sweet soy sauce that had the consistency of a glaze. The orange was a mayonnaise based sweet chili sauce and the third was tempura crunch for you to add because there was no crunch to speak of in the roll.

In order to add the crunch back in, I dipped the sushi into one of the sauces and then the sauces held on to the crunch. It seems a little crazy to add crispness back into an item that should be crispy. The sauces were good, but nothing that I would want to purchase in bottled form. Overall, Trader Joe's makes a great Tempura Shrimp in the freezer section, but it doesn't translate well here. I wouldn't repurchase this.

The package of Trader Joe's Tempura Shrimp Crunch Rolls in the refrigerated aisle: 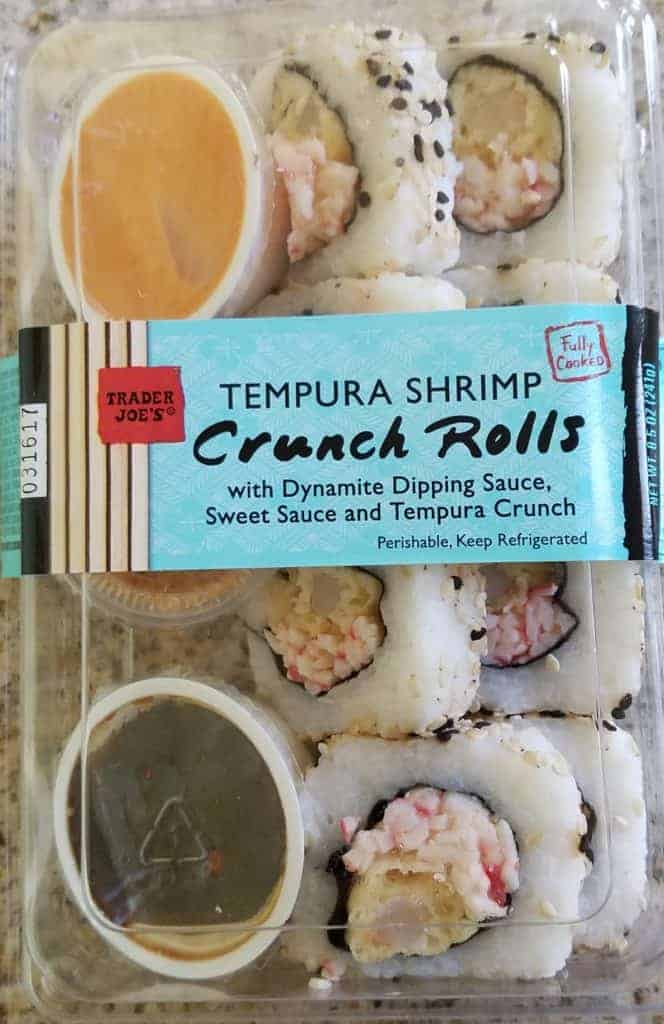 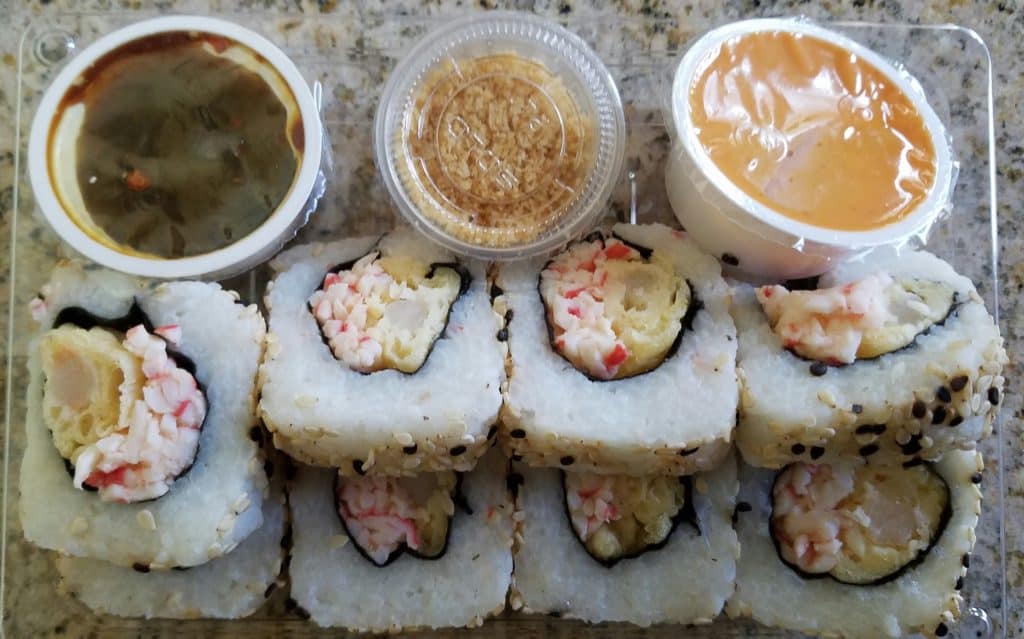 Would I buy this again?  No.