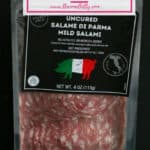 The pros: Trader Joe's Uncured Salame di Parma Mild Salami is a nice and unusual shaped Salami. If you are concerned about the humane raising of animals, then you'll want to read on.

The cons:  Nothing really stood out to distinguish this from any other salami I've tried. This is also a bit more expensive as well at nearly $20 per pound. 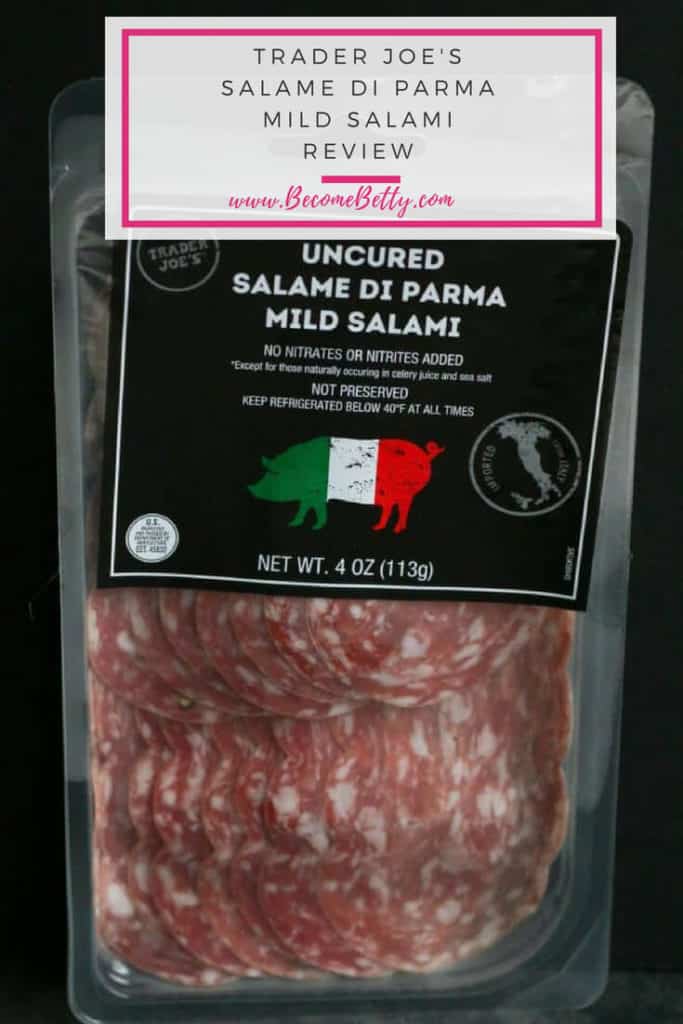 With summer upon us there are the inevitable BBQs and gatherings. One of the go to items that we have at any get together is an antipasto platter.

It seems like there is something about meats, cheeses, and olives that is a perfect before meal snack for guests.

If I'm making an antipasto platter, then there are certain go to items that I know that I'll buy and they will disappear. If they don't, at least I won't be upset about being stuck with some leftovers. And yes, you can make a really beautiful one like this one.

So prosciutto usually makes the list of meats that makes my board. And Prosciutto di Parma seems to be just a bit different and on my taste buds a step above the rest (although Trader Joe's Prosciutto wasn't bad to reach for either). But Salame (which is singular, while Salami is plural) tends to make the plate too.

So when I saw this, I had high expectations. These slices of salami are nice and thin with the occasional bite of black pepper. The taste of celery is pronounced with other spices playing a minor role. But was it worth the premium price of nearly $20 per pound? For me, it did not stand out other than shape.

The shape of this salami is unusual. Instead of the traditional round shape, this is shaped like a bubble letter shaped M. Makes it easier for rolling up as this slice is a touch longer than most.

But there maybe another standout aspect to this product that has no bearing on taste. Trader Joe's published an article that I had not noticed previously about the conditions of their pork product. This comes a crate free supplier. So if you are concerned about where your food comes from, it was an interesting read (and concerns perhaps some of us were not aware of).

For $4.99 for four ounces, this is a small package. In terms of taste it did not stand out in the same way that prosciutto di parma does. However, if humane is more important to you then this is worth considering. 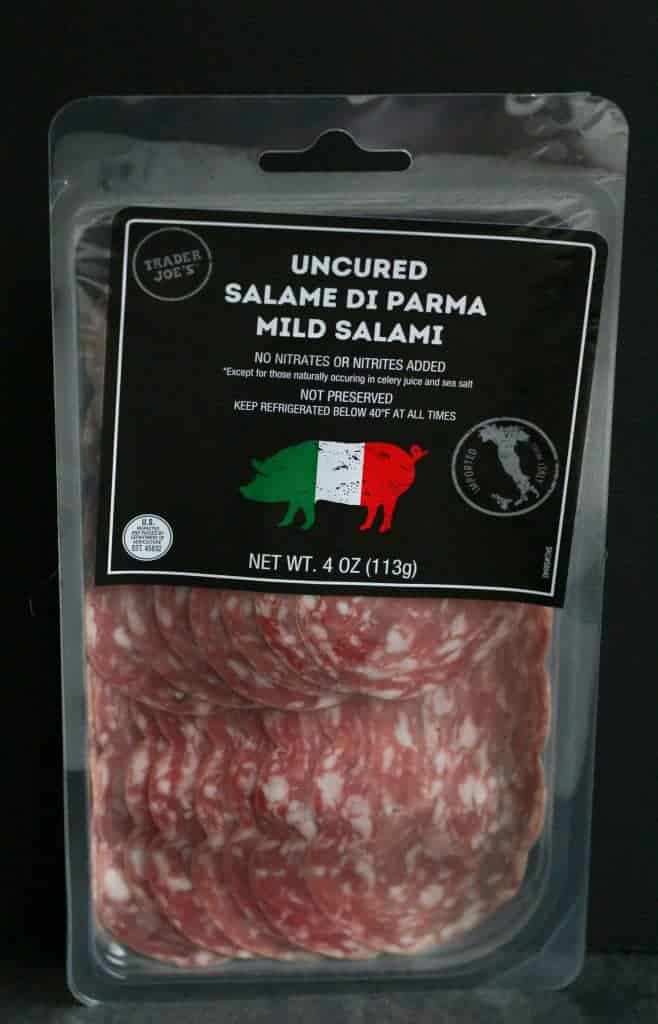 The nutritional information, the ingredients: 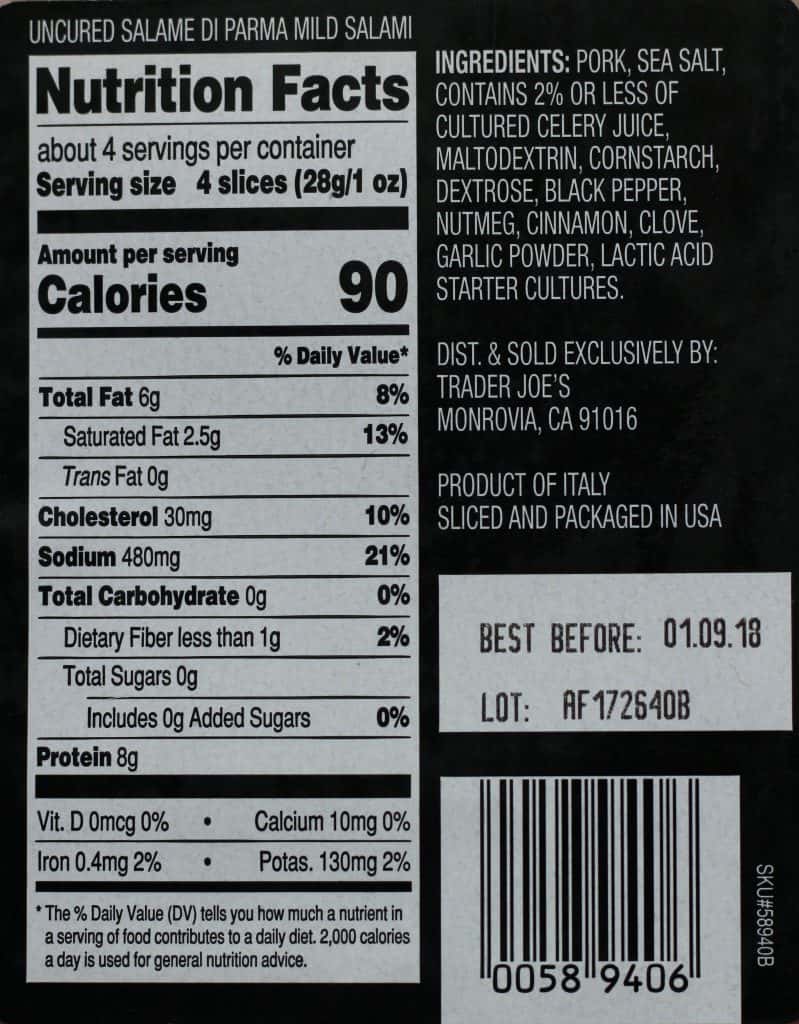 Would I buy this again? Trader Joe's Uncured Salame di Parma Mild Salami is a take it or leave it item for me. There was nothing truly stand out here and if I can get it cheaper somewhere else I will.