The pros: Trader Joe's Vanilla Ice Cream Bon Bons are a small and portion controlled dessert that might satisfy a sweet tooth.

The cons: Vanilla ice cream could be better.

The verdict:  So, I have a sweet tooth. We are also doing the "Biggest Loser" at work too. Those two ideas almost seem mutually exclusive of one another. You really can't be good at satisfying both of those.

Or maybe you can.

Over the summer I tried Trader Joe's Sublime Ice Cream Sandwiches. They were everything the name promised and so much more. They were delicious. But they should be for the calorie count. Once you get on a treadmill or elliptical at the gym, you quickly realize how long it takes to burn such decadent items.

It really puts things in a new prospective.

Alas, these are not as good as the sublime sandwiches. But they are 60 calories each. That's a big difference.

I fully believe that chocolate is a dietary need. There are few other things that I crave like chocolate. This hit most of the spot. There was a nice thin layer of chocolate coating. There was a mashed chocolate cookie base. So this seems like it should be the ice cream equivalent to an oreo.

I can honestly fault this at the largest word on the box: vanilla. It's vanilla, but just barely. I've had better vanilla ice creams than this. I think this was more cream flavored than actual vanilla. That's a shame too, because that vanilla bite does take up most of each bite.

Not terrible, but not in the league of greatest things I've ever tried. It's not bad either. It's satisfying, but won't boggle your mind in terms of how good it is. This has been on shelves, so clearly this has an audience. I'm not sure this product is aimed at the same people who would pick up the Sublime Ice Cream Sandwiches.

If you are buying Sublime Ice Cream Sandwiches, the calorie count does not matter. Not one bit.

If you are buying these, you have probably inspected the calorie count. You have then figured for 60 calories you might be able to squeeze this in to your routine.

For $3.99 for a dozen, these aren't a bad dessert. If you are keeping an eye on what you are eating, then these are decent to pick up to quiet those cravings for ice cream and chocolate. 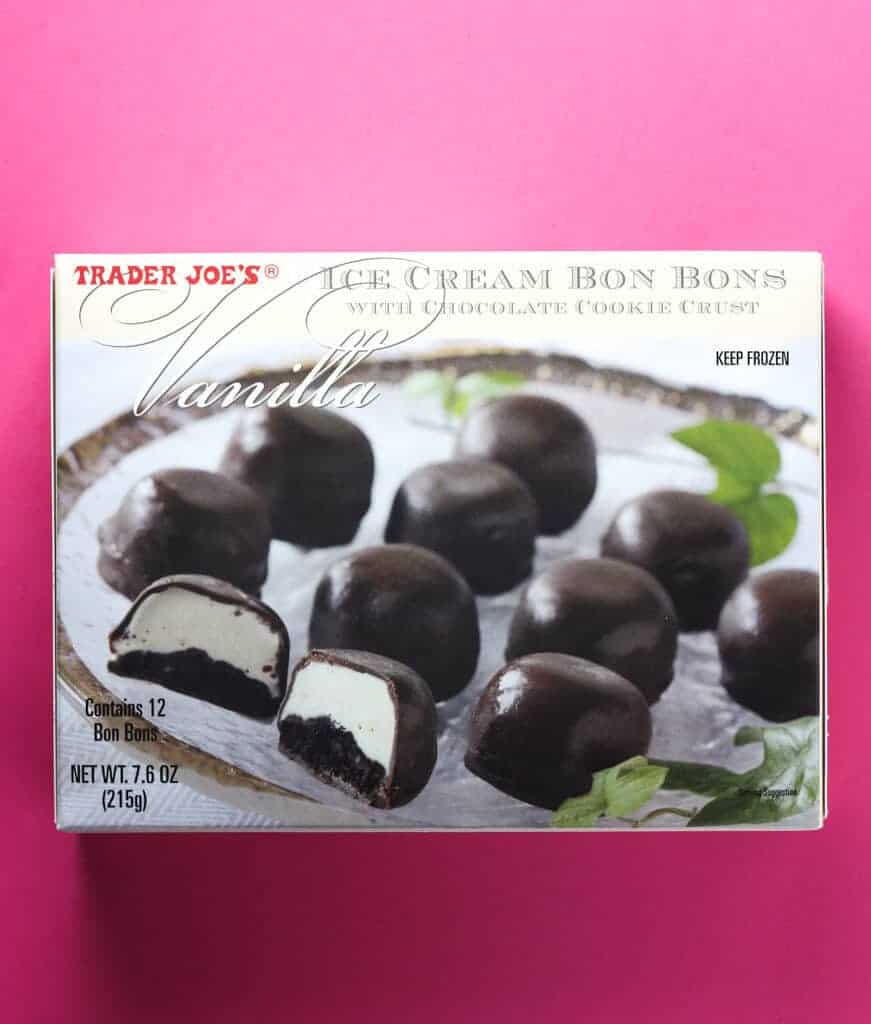 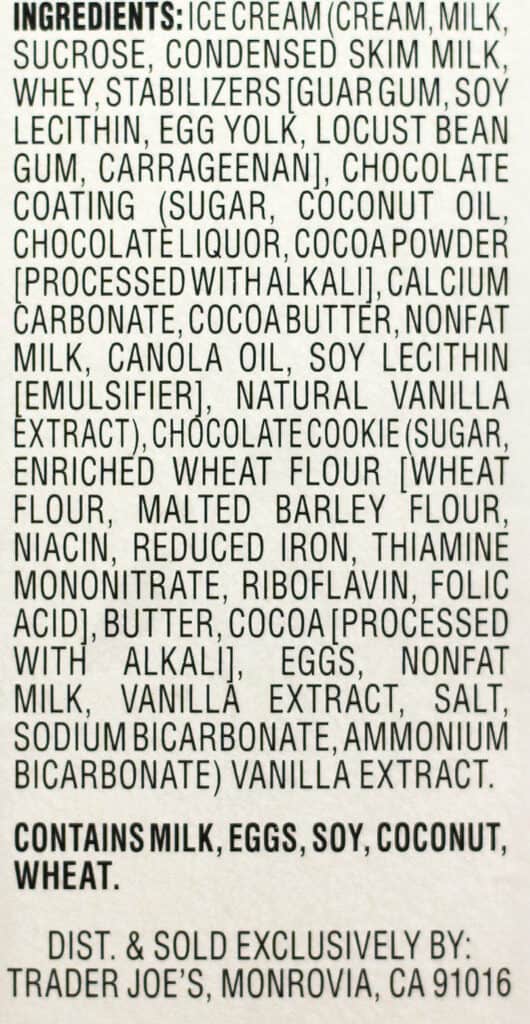 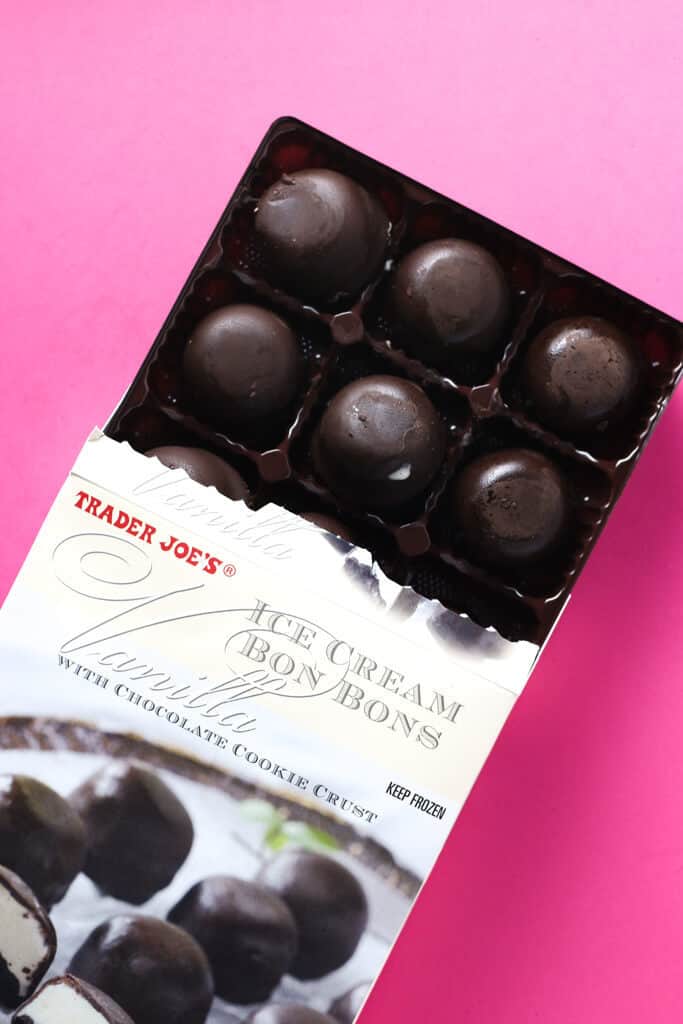 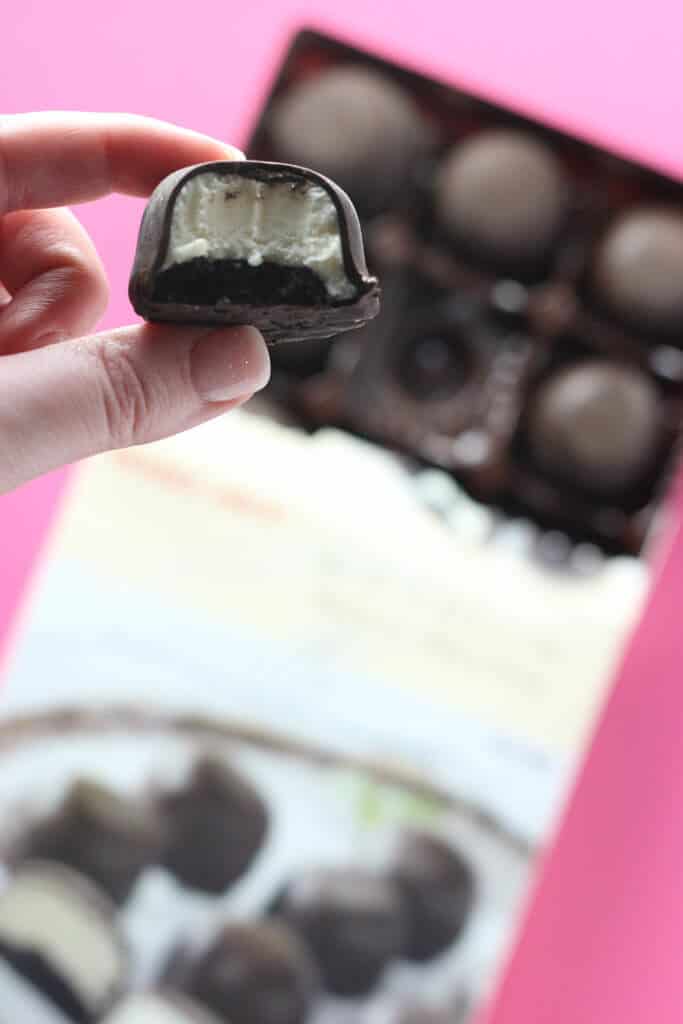 Would I buy this again? I'm only a maybe for Trader Joe's Vanilla Ice Cream Bon Bons. They're not the best thing I've had. But at 60 calories, these are hard to compare to most of the other options in the dessert section. And yes, they do sell a 2000 calorie cookie in that same section too.