If you are from New York, you probably know good bagels. If you don't enjoy waiting in line for your bagel and happen to be in the area of Stew Leonard's, then you should try their bagels. They have a lot to choose from. They have the expected flavors: plain, sesame, poppy, salt and everything. They also offer the unexpected flavors: rainbow and Cheetos Flaming Hot bagels. Thus, there is something for everyone, so don't wait until closing because like any good bagel store, the selection dwindles as it nears closing time. While Stew Leonard's Bagels range from the mundane to social media knock offs, you'll have to go some where else for a variety of cream cheese flavors.

The pros:  Lot's of fresh bagel varieties to choose from. Some are (atttempted) copycats of ones that have gone viral through various forms of social media.

The cons:  While Stew Leonard's is getting super experimental with bagel flavors/colors, the cream cheese section is nothing special, which is a shame. Who doesn't love strawberry or some fruit flavored cream cheese?

The verdict:  For $6.99 per dozen or $0.69 each Stew Leonard's Bagels are pretty good. They aren't quite like getting them from a Bagel Store where they are hot all the time. The rainbow bagels aren't quite like the more famous ones, but it won't set you back quite as much either. The Flamin' Hot Cheeto bagels (the red ones pictured below) are tasty if you are willing to be adventurous and deal with some spice in your bagel. They do have the standard variety of bagels for the less adventurous. I've tried a whole bunch and they're all pretty consistent. If you are at Stew Leonard's and don't want to go to a bagel store to wait in line (because what good bagel store doesn't have a line?) then these are totally good to reach for. They're fresh and if you aren't ready to use them right away they can be frozen until you are ready to have them. 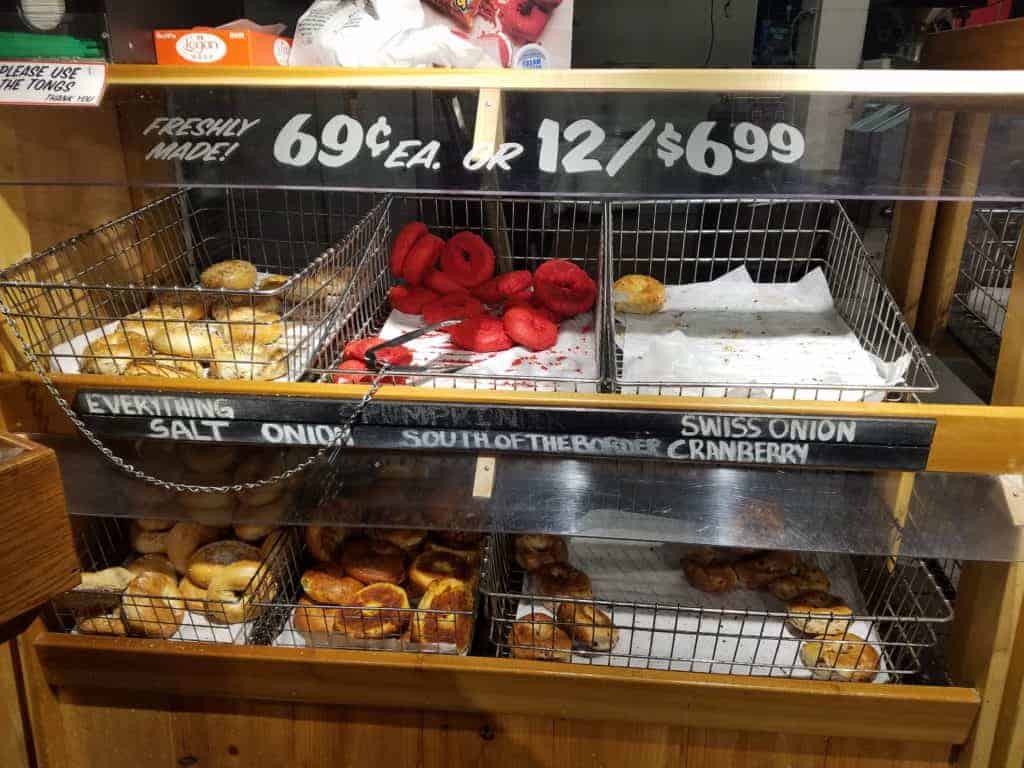 Stew Leonard's offers a Rainbow Bagel which is a play on the more famous ones sold in Brooklyn at The Bagel Store. What's the difference between the bagels sold at either location? About $3 each plus some flavoring. The bagel store's rainbow bagels are almost $4 each before any fillings, you might have to wait in a line, these are shiny like traditional bagels, and those bagels have flavorings other than just bagel. The ones from Stew's just have food coloring added in. 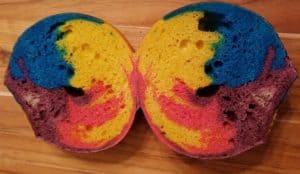 The chocolate chip bagel for those with a sweet tooth. There was a bit of chocolate in each bite.

Flaming Hot Cheetos flavor which actually is pretty darn good. These are probably a spin on the also internet famous bagels from Bagel Nook in NJ. I haven't had their bagels. Just be aware there is a good amount of food coloring here (in case you can't tell from the picture) and a bit of heat. I thought this was pretty gross sounding, but I actually really liked it. It's a little spicy, a bit crunchy, and I liked it: 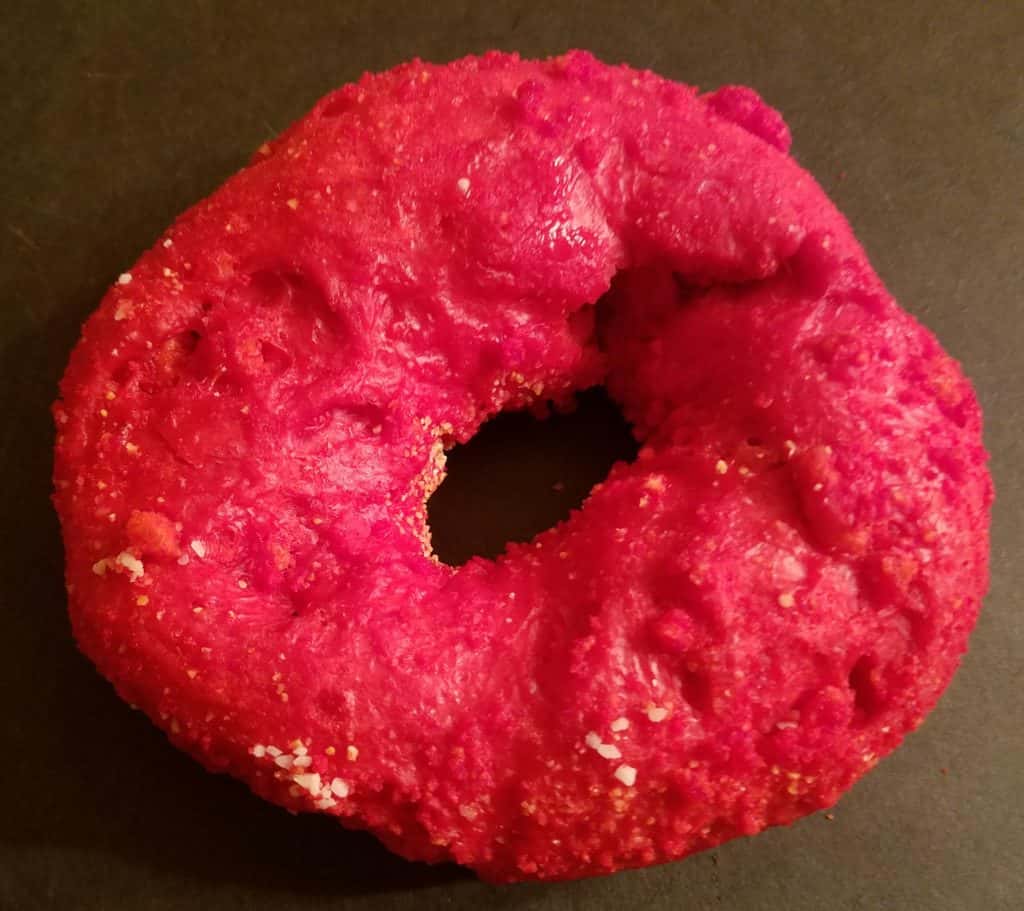 Would I buy Stew Leonard's bagels again? Yes, I'll skip the line at the bagel store if I happened to be over at Stew Leonards. I do really enjoy the Flaming Hot variety of Stew Leonard's Bagels (and not having to attempt to go to NJ for them)