The pros:  Stew Leonard's Stuffed Lobster is a super convenient dinner for one without the stress or guilt of doing the hard work of preparing a dish like this. This was available at a reasonable price compared with dining out.

The cons:  No list of ingredients on the package nor any cooking times listed on the package, however I took a picture of the store's sign and the information is posted below.

The verdict:  I know a lot of people who enjoy eating lobster, but only a few who actually enjoy preparing it for themselves. I think there is a sudden realization that this is a living breathing thing before cooking it. Granted, it can be a little uncomfortable being in the car and having your dinner move. If you are planning a larger event at your home, preparing lobster can be a bit of an ordeal in finding a pot that will cook more than one or two at a time. Fortunately, most good fish stores are happy to do the dirty work for you.

Summer time I prefer to eat lighter meals which for me means seafood more often. So on my most recent trip to Stew Leonard's I was tempted to avoid the seafood aisle, but saw these before I made the turn. For $11.99 for a whole stuffed lobster or $7.99 per pound (although pricing varies throughout the season) for a fully cooked lobster this was a pretty decent deal since they've done the dirty work for you. I've had their already cooked lobster and the lobster roll there before and the quality was there. So I picked this up to have a quick dinner.

If I had to criticize one thing, it's that sometimes for what ever reason the directions don't appear on the sticker. That's not a good thing because you might not realize this misstep by the time you get home. I had snapped a picture of the case before I had left because it hadn't occurred to be while I was in the store to actually see if it was listed. Also, there was no list of ingredients, but I'm sure if you stopped and asked someone behind the fish counter, they could competently tell you. Product omissions to the side, Stew Leonard's Stuffed Lobster was cooked perfectly following the directions below.

The body of the lobster was cut in a way to make stuffing and reaching a good amount of the meat very easy. This particular lobster shell was very soft and did not even require me getting special tools out. The meat was tender and pulled away nicely from it's shell. As for the stuffing, I can only make an educated guess as to what was in it. From what I could gather it tasted like imitation crab meat which had been pulled apart so you got a few long strings in each bite, breading, and other herbs and spices like salt, pepper, and garlic which were sautéed. It was very flavorful and they filled the inside cavity well.

Overall, if I saw this again I would pick it up. It was a reasonably priced, quick meal with all the work done for you. 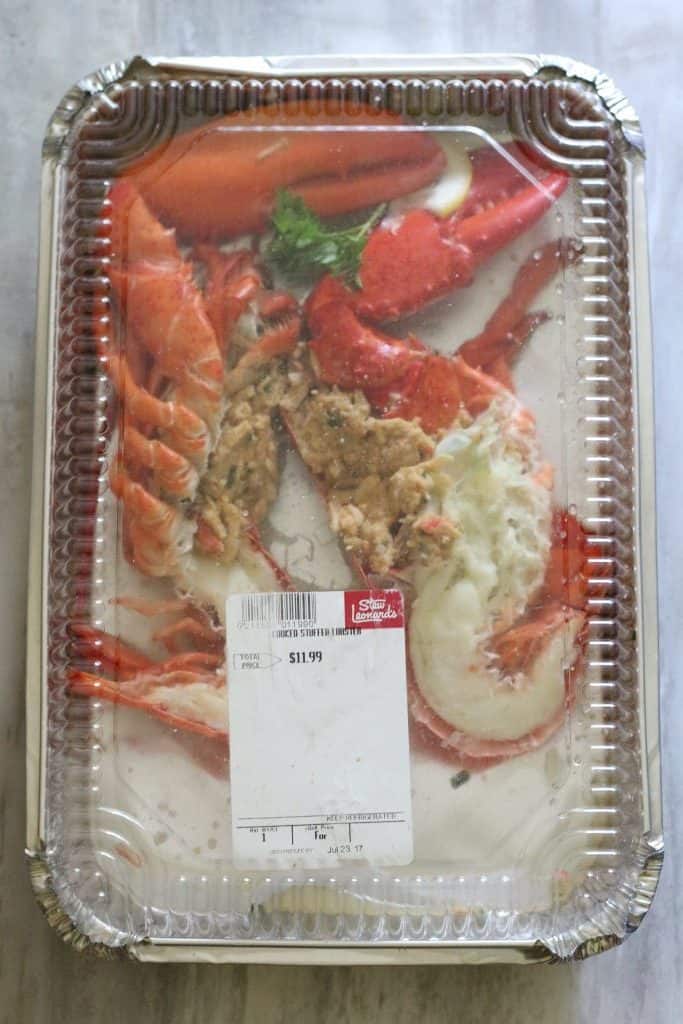 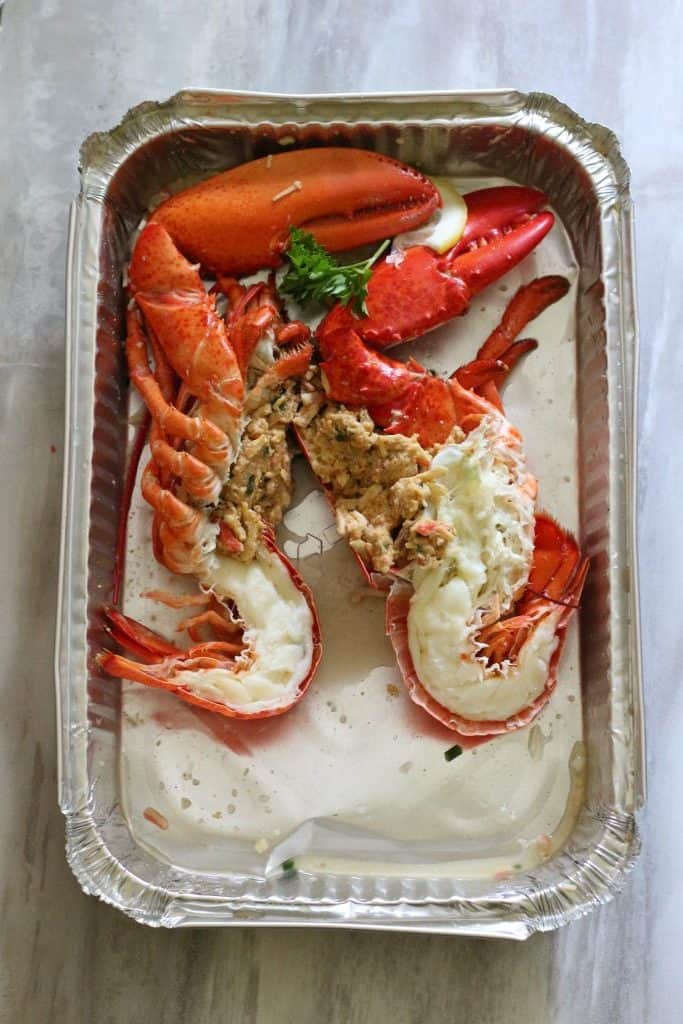 How to prepare this (which is not found on the package): 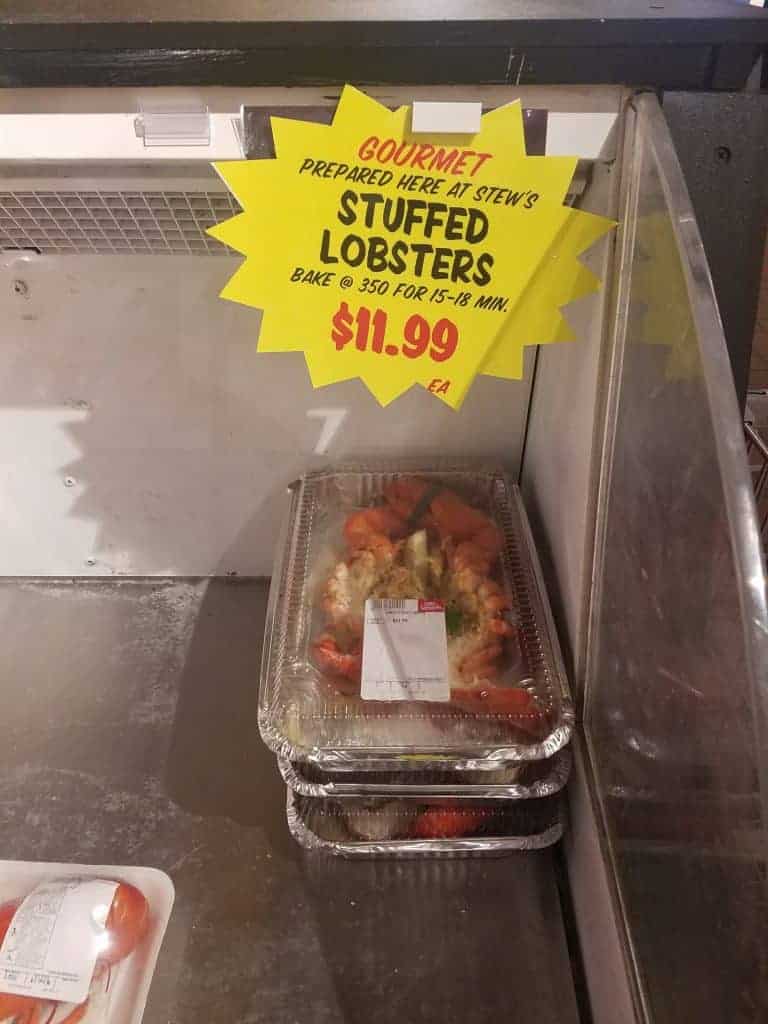 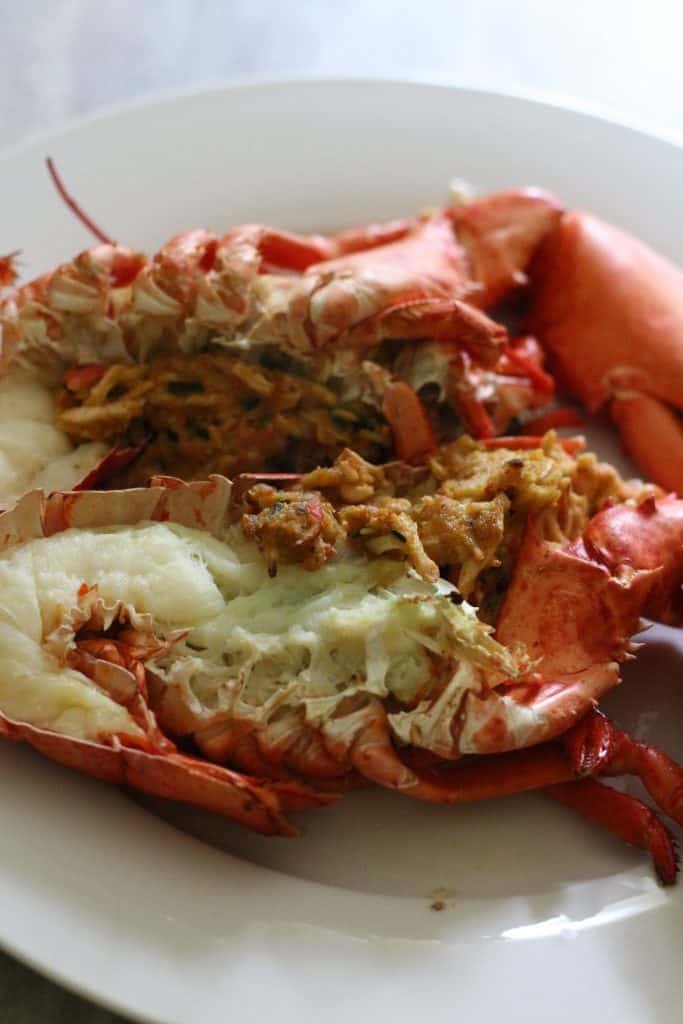 Would I buy this again? I would absolutely buy Stew Leonard's Stuffed Lobster again. A decent sized lobster with a satisfying filling ready in 15 minutes.