The cons:  A bit pricey for four mac and cheese balls, but eating one was quite filling. I'm sure there were quite a few calories in this. It also did not have heating instructions so I was left guessing.

If you were to go through my Stew Leonard's reviews, you'll notice that mac and cheese seems to be thing for me. Almost every time I go in there, there is a mac and cheese sample around on of the many corners of the store. I usually take one and in exchange I somehow manage to reach for it like Pavlov's dog. This time I reached for the new Mac and Cheese Balls.

Priced at $9.99 for four large Mac and Cheese balls, it's all the flavorful glory that you get when you buy Stew Leonard's Mac and Cheese. However, what you are really paying for is the time saving aspect. Making Mac and Cheese is a timely process. It can't be rushed. When you've had real Mac and Cheese it's hard to have the stuff that comes in a box with the powdered cheese. There is just no comparison. This isn't a small party appetizer that can be passed around. This is roughly the same size as a rice ball. You'll want, at the very least, a fork and knife.

Now, the bad thing is, and it's happened more than once, the directions for reheating isn't present on the label. I guestimated that 350F would be an appropriate reheating temperature and I aimed for 15 minutes. Next time, I would go another 5 or so minutes. I absolutely would not reheat this in the microwave. You'll have a soggy mess which you are looking to avoid. The breading was tasty and crisp. The mac and cheese was oh so good. Unless you are a championship eater, you won't eat all four of these in one sitting. One is plenty and perhaps two is more than enough. This is sharing size, but not small enough to be party sized. If you are by a local Stew Leonard's this is worth a try. My seal of approval is always whether or not I would buy something again. I would buy this again.

The package of Stew Leonard's Mac and Cheese Balls: 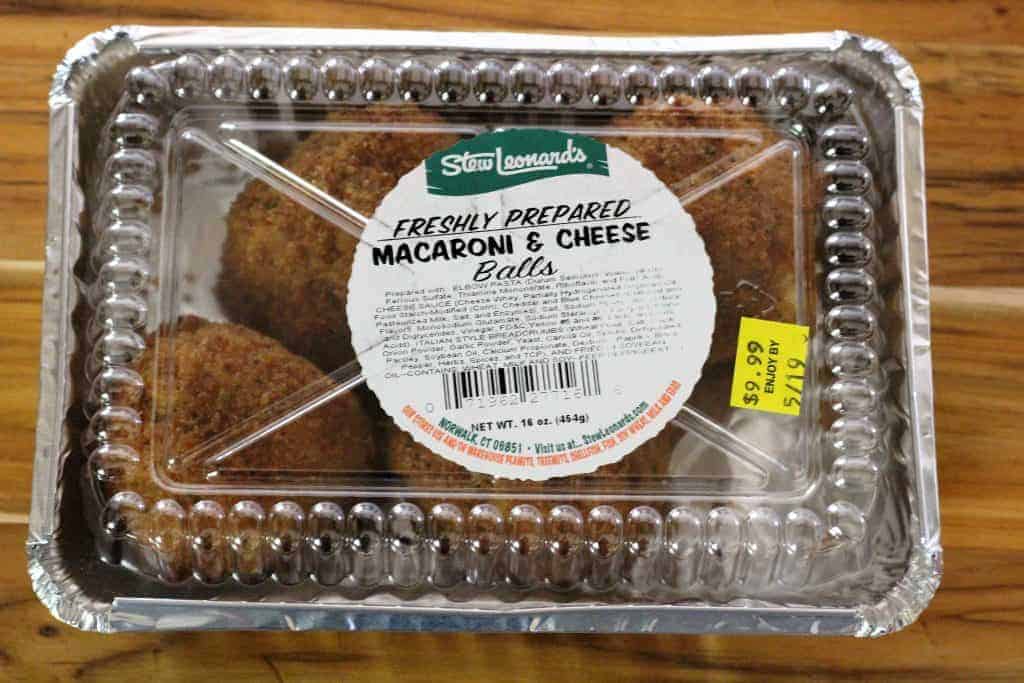 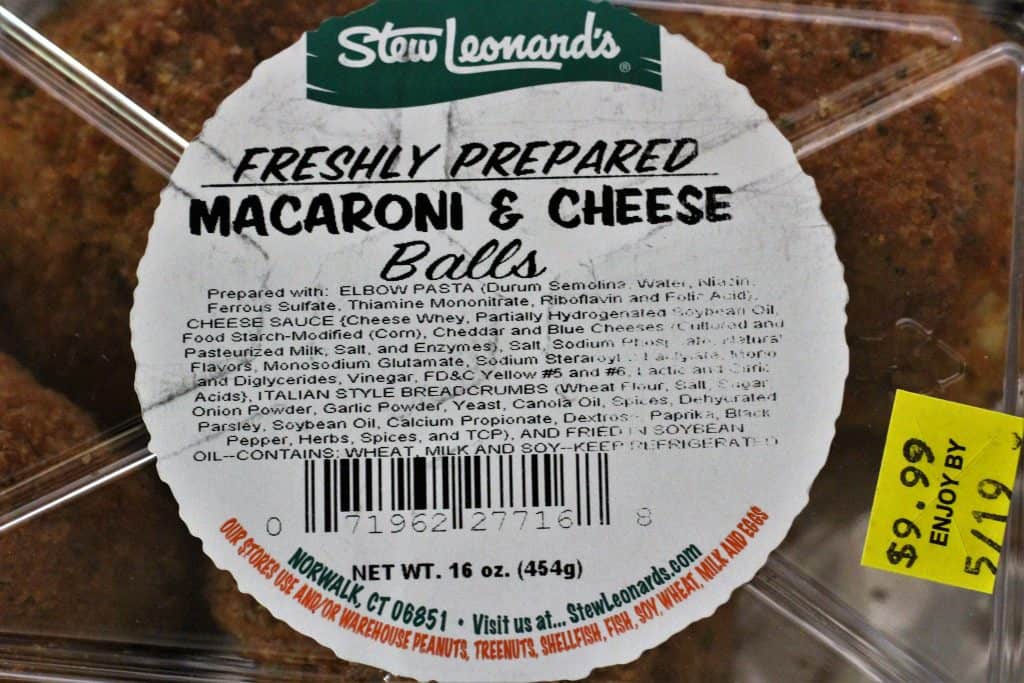 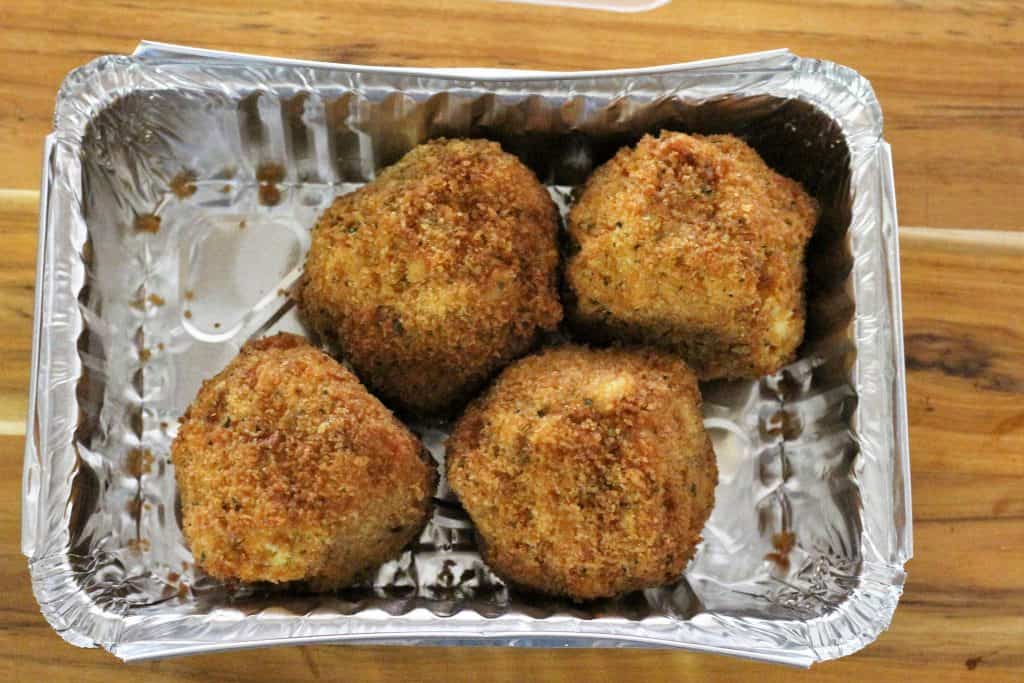 Stew Leonard's Mac and Cheese Balls going into the oven: 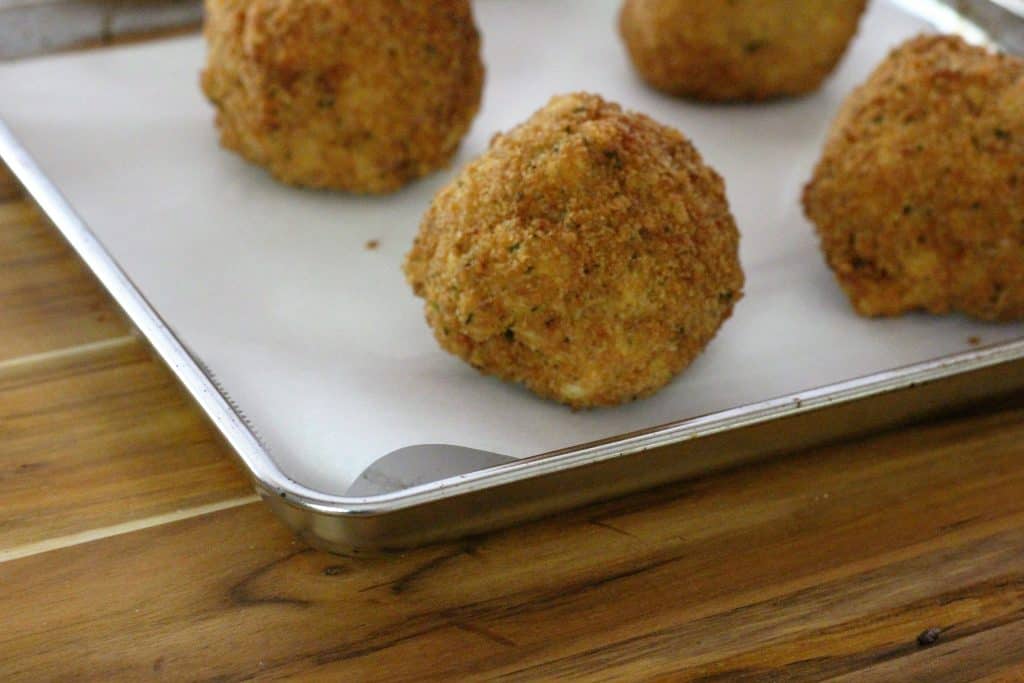 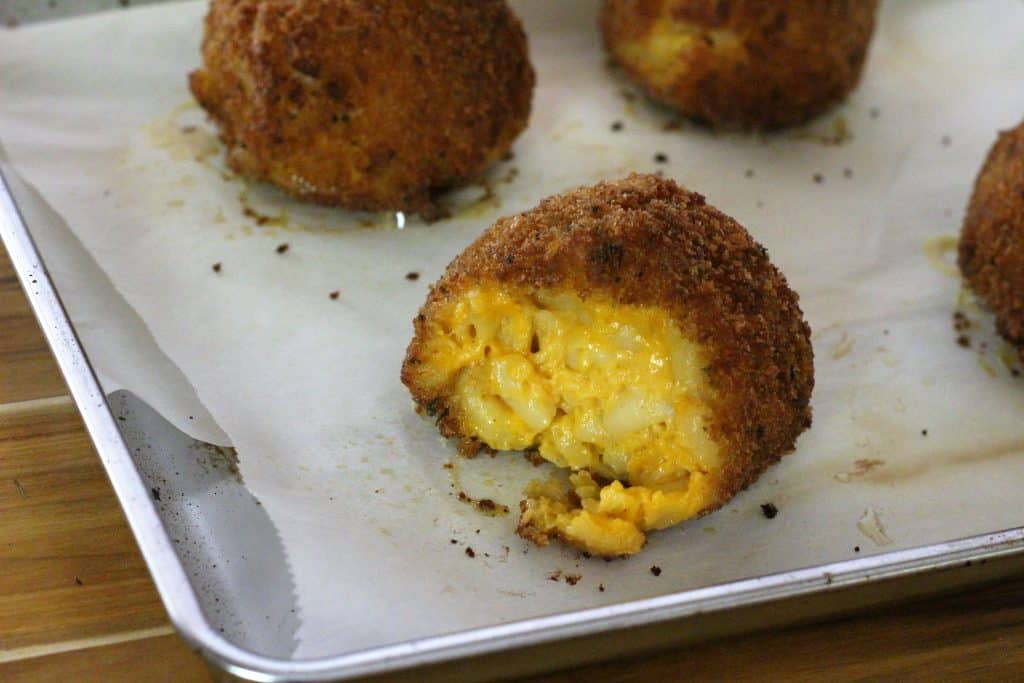 Would I buy this again? Yes. This was a tasty snack (or dinner) with a salad to balance it out. They were as comforting as the regular mac and cheese.