On my first trip to Stew Leonard's about ten years ago, Stew Leonard's Lobster Roll was one of the items that caught my eyes. One bite and I was hooked. If you love the taste of fresh lobster, this will be right up your alley. They don't skimp out on the lobster meat. If you are looking to just buy fresh lobster meat or lobster salad, they sell that as well. If you are looking for a taste of summer regardless of the season this is a great item to pick up.

The pros:  Fresh and generous lobster quantity for the price. Not overwhelming with mayo, nice crunch from red onions and celery.

The cons:  Short shelf life, but don't worry, it won't be sitting around for too long. Lobster isn't cheap. Wish it had the calorie count.

The verdict:  For $9.99 for one roll or $21.99 for three rolls, this always finds a way into my shopping cart because it's worth the money. The lobster chunks are large. You can tell there is at least one claw in addition to the other lobster meat in just about each roll. The fresh lobster lends a touch a saltiness to the roll. The roll is not toasted in anyway as to not get soggy. There is just enough mayonnaise to coat the lobster without overwhelming it or masking the flavor presented here. The addition of celery and red onion make for a nice crunch. The pieces of celery and onion are cut up large enough so you can see them, but small enough so you aren't overwhelmed by them. They are there to be a pleasant addition to the tender roll and lobster meat. There is a nice taste of fresh dill as well. It's worth trying Stew Leonard's Lobster Roll at least once.

The display case in the Yonkers, NY store: 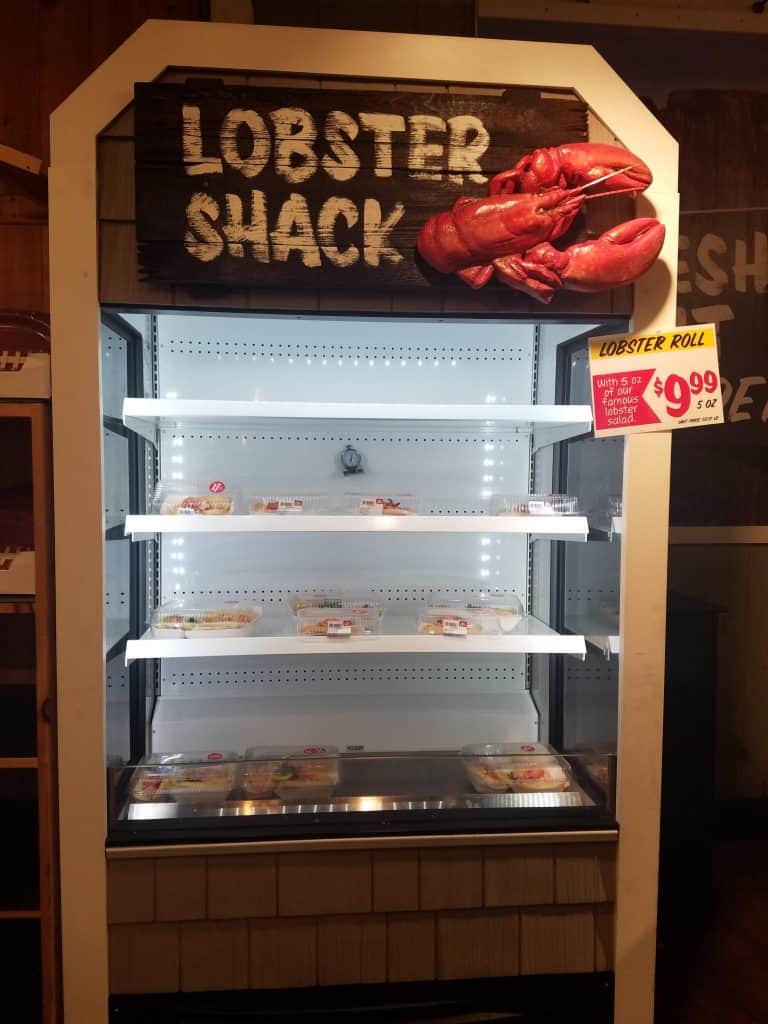 The ingredients and allergy information for Stew Leonard's Lobster Roll: 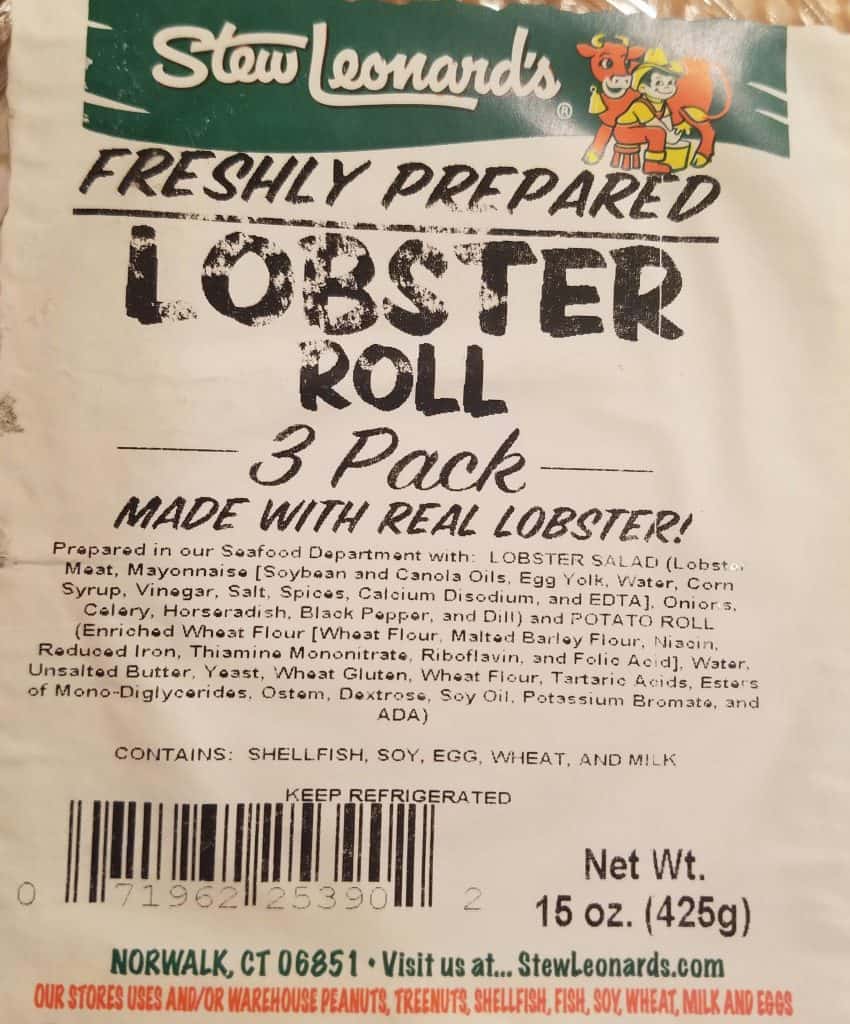 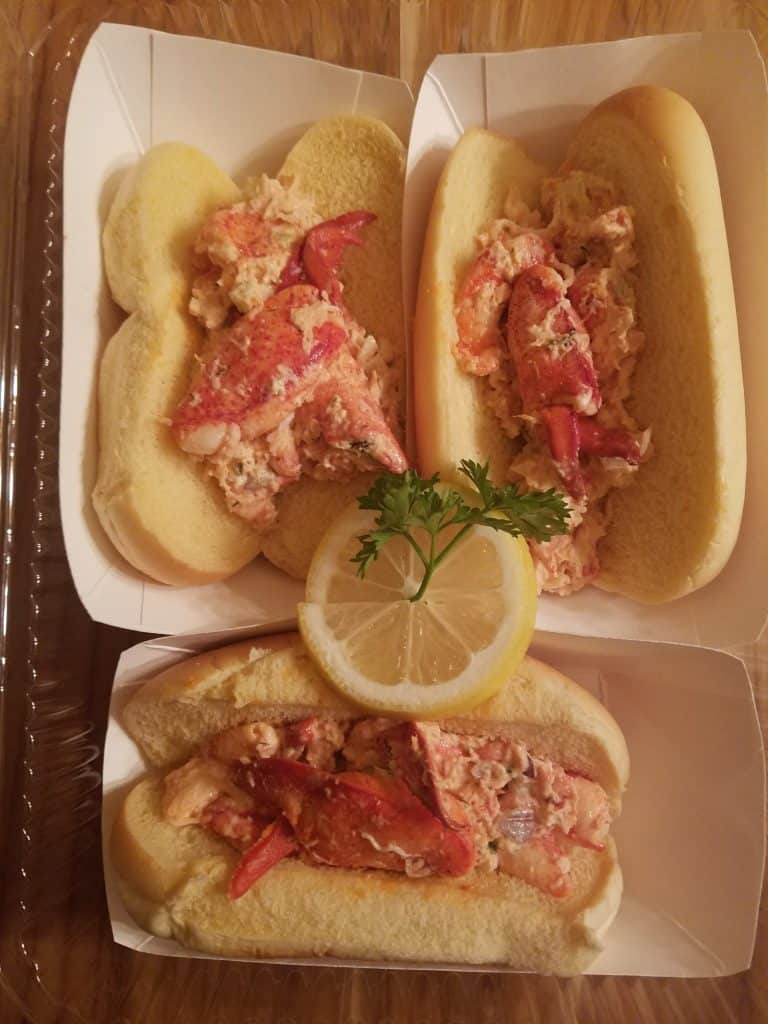 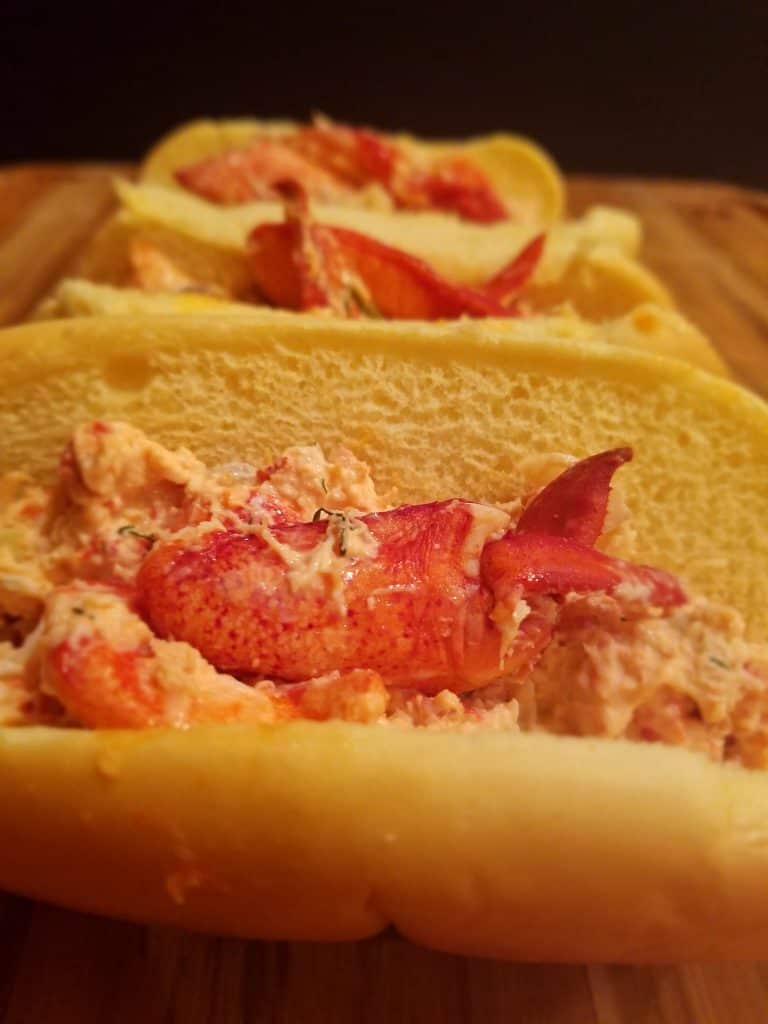 Or as a fancy dinner: 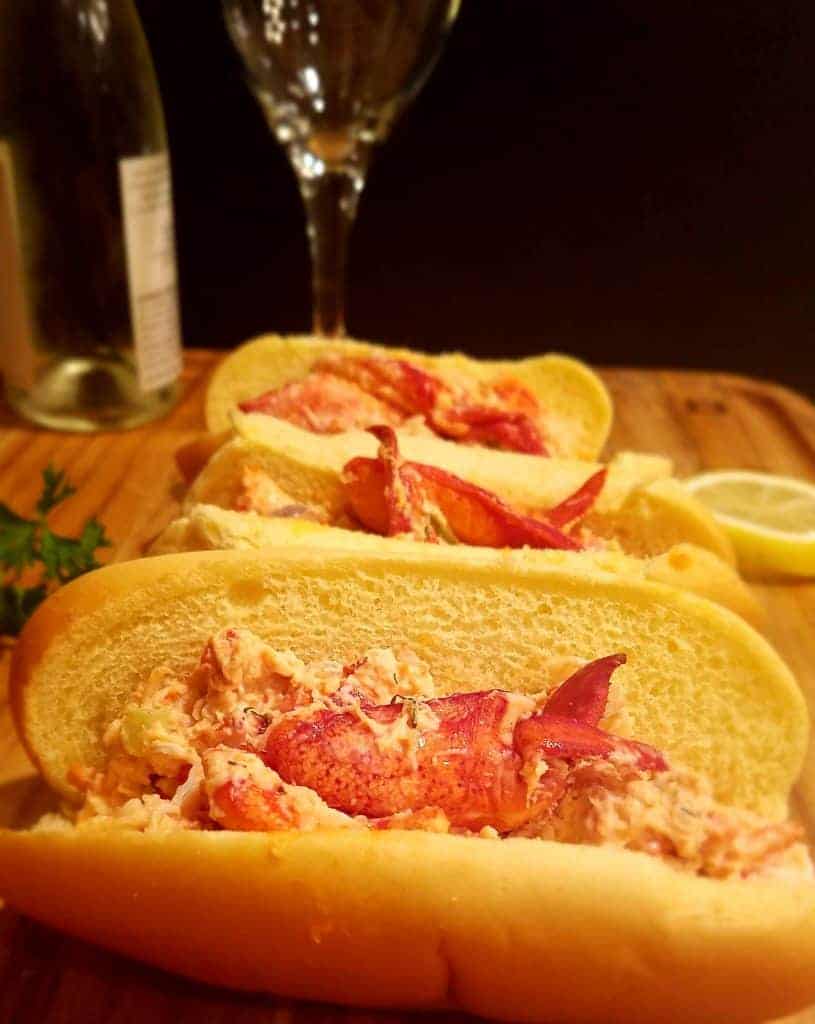 Would I buy this again? I've made special trips to the Yonkers store for Stew Leonard's Lobster Rolls. They're real lobster (and a generous 5 ounce portion at that), the lobster is lightly coated in mayo, for a crunchy element there is onion and celery which enhance the flavor without overwhelming it. The roll is nothing but a regular potato roll, but it doesn't matter because the star here is the lobster. And yes, I'd buy these again (and again and again).