The pros: Trader Joe's BBQ Teriyaki Chicken can be made entirely in the microwave, reasonably priced considering how much of the work is done for you.

The cons: Not as flavorful as true BBQ Teriyaki chicken. Lacks the reddish hue that appears on the bag and is found on traditional BBQ. Veggies would have made a great addition to this bag.

I enjoy a lot of Trader Joe's frozen Asian offerings. They are relatively inexpensive compared to going out, heat up quickly, are easy to prepare, and make for an overall quick dinner. This product falls into the category of I liked it, but would rather get takeout. That's not to say that this product was bad. It wasn't. It just was very average.

The name and the picture on the package suggest something special here. It had the rich reddish hue that you would normally expect from Chinese BBQ. That is where my problem with this product is. It's called BBQ Teriyaki, but for me it only completes the teriyaki part, but not the BBQ. It lacked the texture of a BBQ and the sauce should have been much more of a glaze.

So let's talk about the highlights of this product: the chicken microwaved well, the sauce was good, and it was ready in about 6 minutes. Add a side of rice and veggies and you have a complete meal. Now, what it was missing is much different. I prefer a much thicker sauce and this wasn't that thick for me. The flavor was good, but nothing that screamed BBQ. I felt like I could have gotten some chicken and just dumped some teriyaki sauce on it and achieved a similar result.

For $4.99 it is a good deal as long as you check your expectations. This product has been in Trader Joe's line up for quite some time. I'm sure it has its fans, but it did not make me one of them.

Here is the visual rundown of what you are getting when you buy Trader Joe's BBQ Teriyaki Chicken: 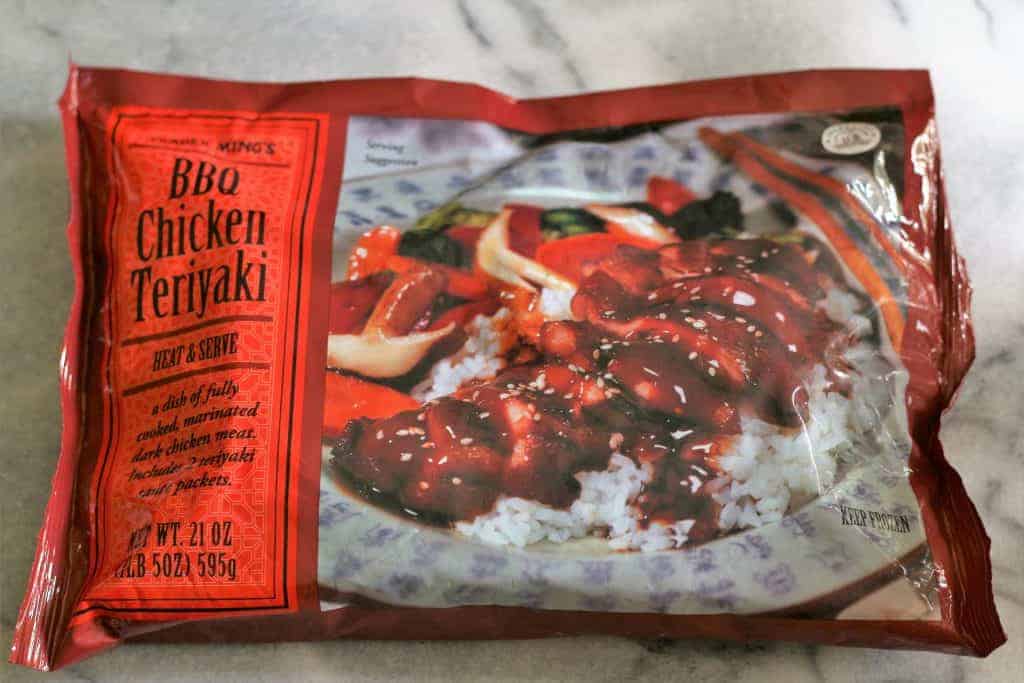 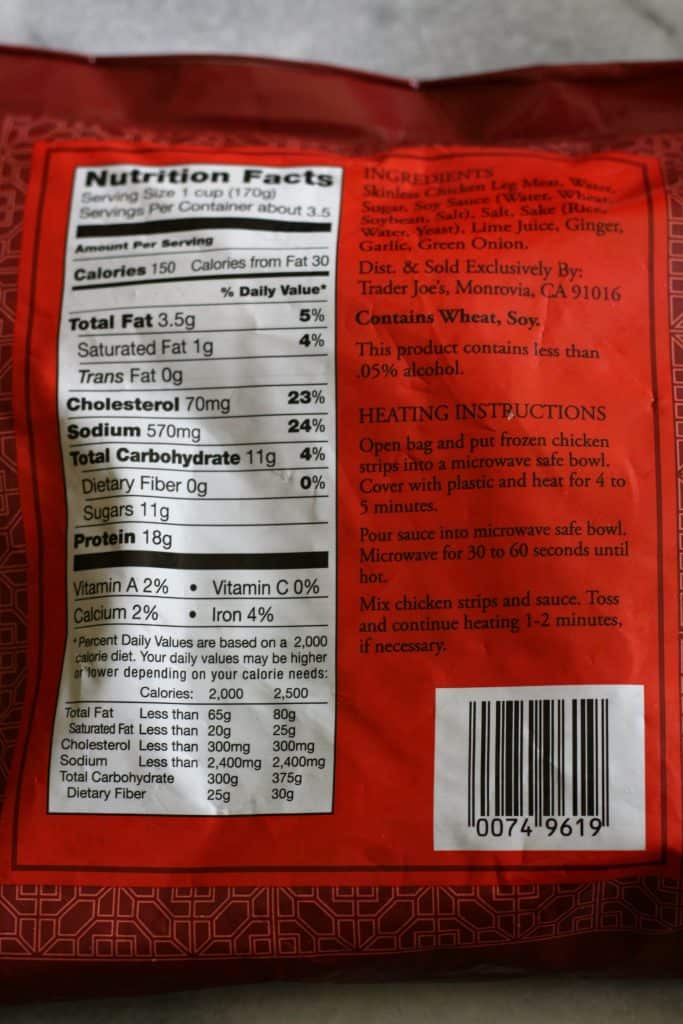 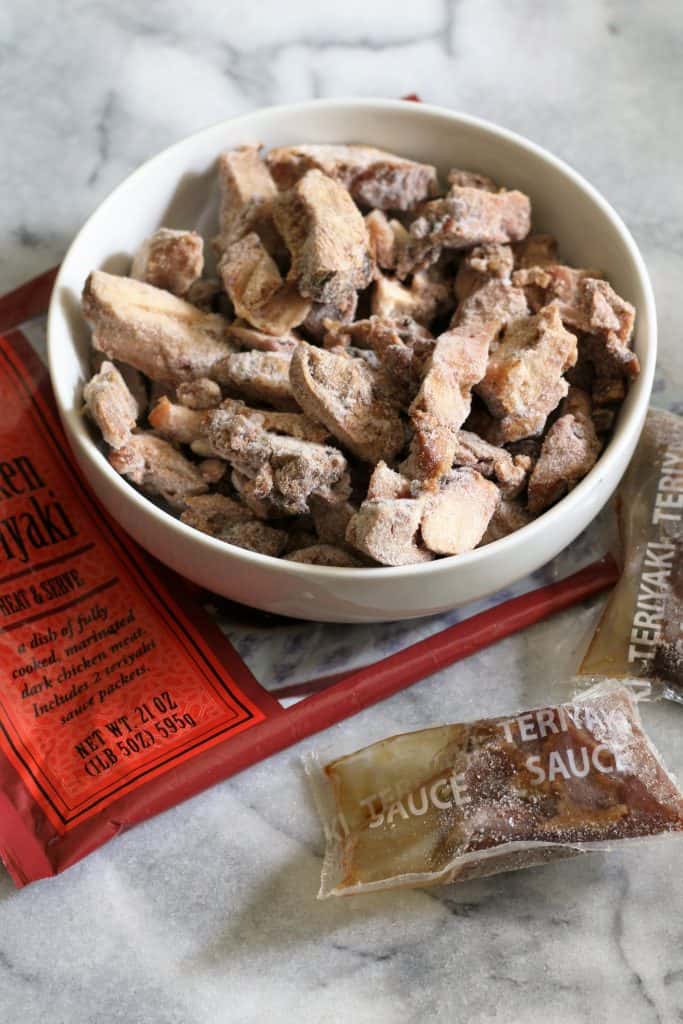 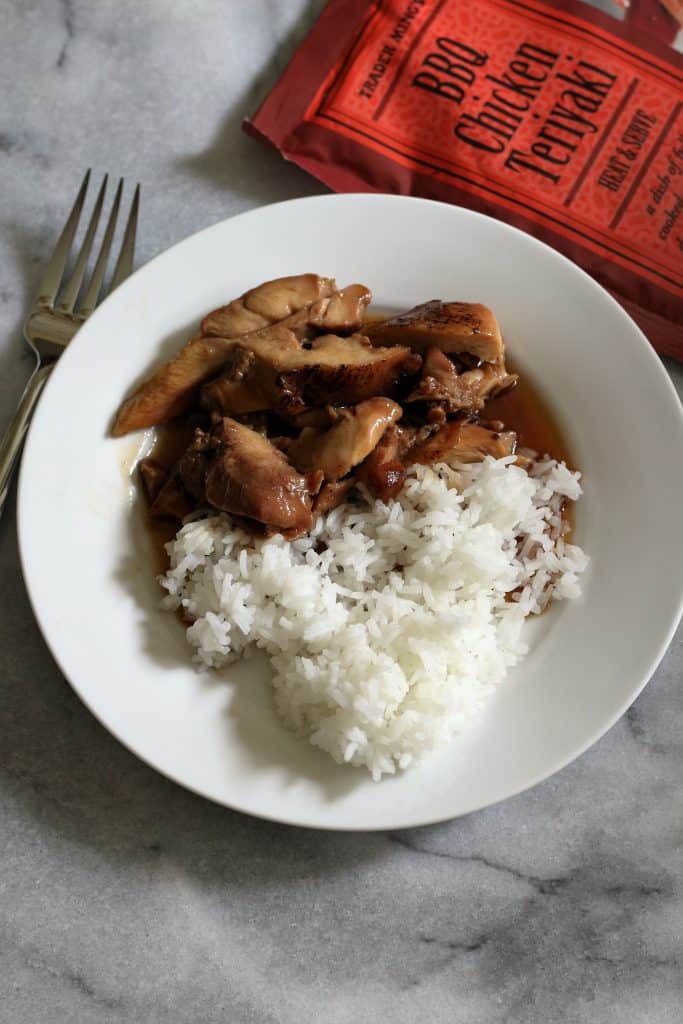 I wanted mine to look more like the picture on the package, so I got creative and added Trader Joe's Everything But the Bagel Seasoning. Yes, the sesame adds a nice touch but is sold separately: 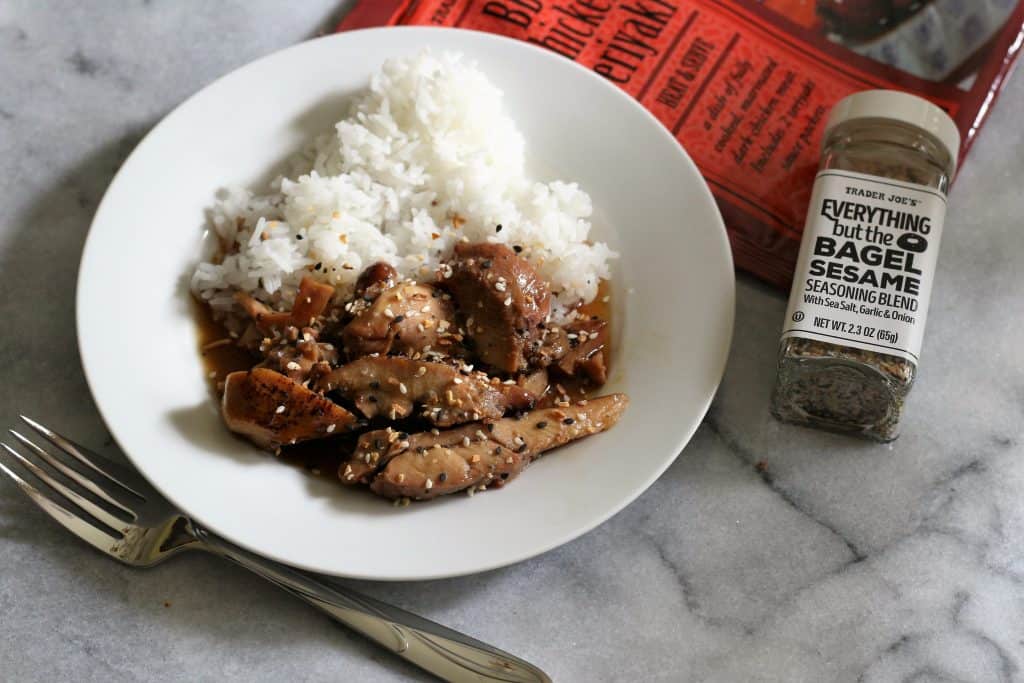 Would I buy this again?  This was just ok. I have way too many good Chinese takeout places by me and this was no where near their quality. I'll pass.