The pros:  Trader Joe's Chicken and Vegetable Wonton Soup makes for a quick and low calorie meal. The wontons are the highlight here.

The cons:  You will still need to add water and I wasn't crazy about the veggies in the broth.

The verdict:  There certain foods I like but don't love, but I keep them around anyway. This is one of those items. I have a ton of good Chinese restaurants around me and most of them even deliver. However, I would not call for delivery of just wonton soup. However, when I'm at work I live out of my little refrigerator (that I probably shouldn't even have). I have a freezer the size of my fist which can comfortably fit one or two food items. And, for you Seinfeld fans, no I don't have man hands.

This was an unusual food item as you have to add water to it. I'm used to only boxed mac and cheese requiring this, but it's not a deal breaker. It can be prepared in the microwave in just four minutes. Pasta and soup can get a bit funny after being microwaved, but not here. The wontons are the star here. They did not skimp on wontons at all. They fit nicely into my soup spoon, but if you are at work you just might want a fork and knife as these wontons are a healthy size.

The soup was flavorful, but did seem a bit salty for my liking. In fact, sodium in approaching half the amount you should have in one day in this little package. Not a deal breaker and I don't even want to know how much sodium is in my local restaurants soup either. The only thing I found a bit off was the veggies here. While the sugar snap peas is somehow the fourth ingredient on the list, they were a bit endangered in my bowl. However, the quantity of carrots present made up for it. The carrots were a bit firm and not evenly cut which lead to some very firm bites. There was a bit of cilantro in there as was a good amount of green onion for a touch of heat.

Overall, it was pleasant and filling. For $2.29 this is worth trying especially as the weather gets a bit colder or perhaps as cold and flu season start (just in time for the beginning of school right?). It won't beat a good Chinese food establishment, but then again you are dealing with a frozen item and not something fresh out of the kitchen. It's worth a try.

The package of Trader Joe's Chicken and Vegetable Wonton Soup: 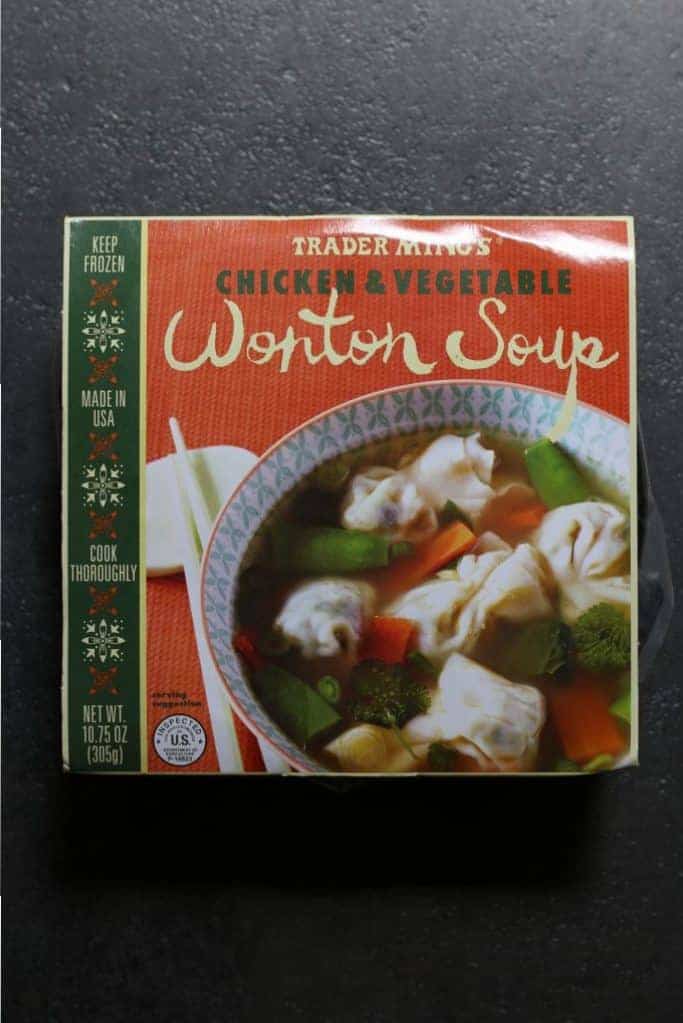 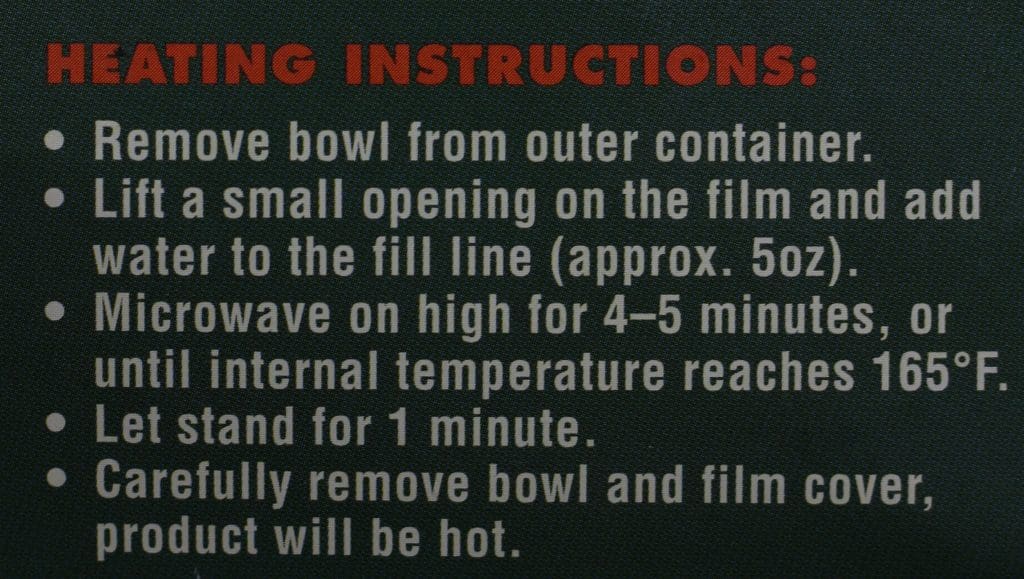 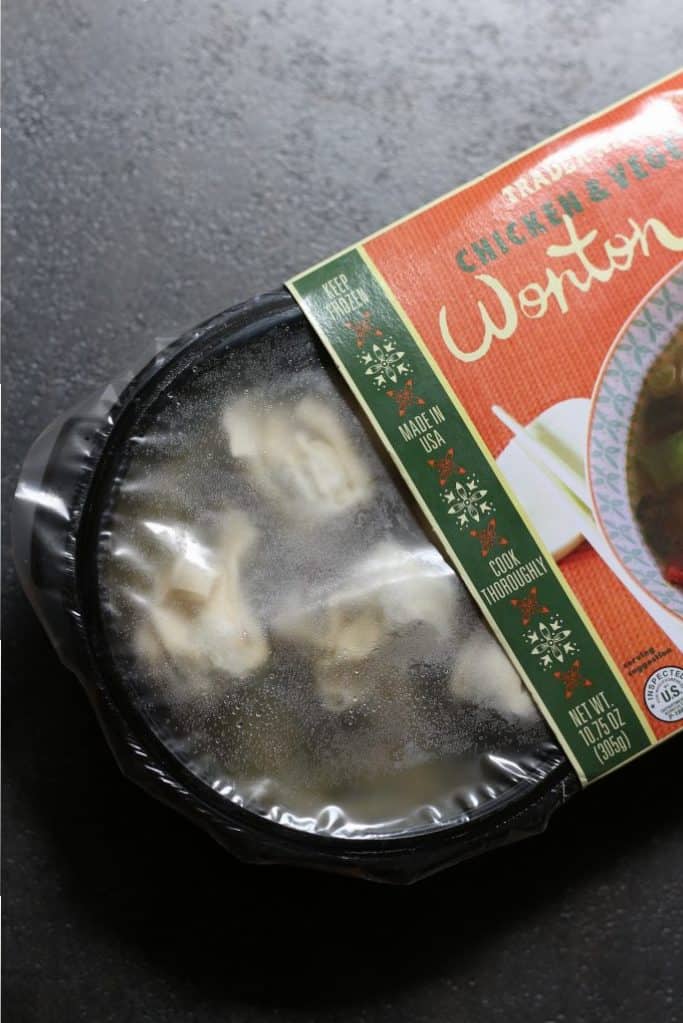 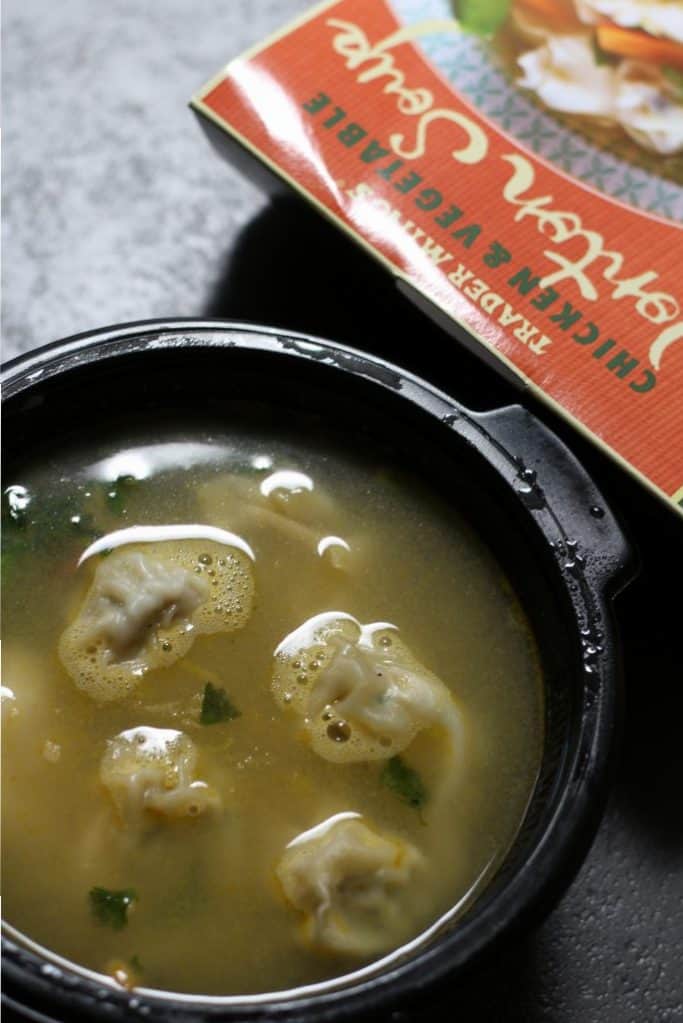 Would I buy this again?  Yes, I would keep Trader Joe's Chicken and Vegetable Wonton Soup in my freezer for a quick meal. I found it to be low calorie, reasonably tasty and in a pinch it wasn't bad. If I had a choice between this and my local Chinese food restaurant, I would still choose them every time. In a pinch it was fine.