The pros:  Trader Joe's Chicken Enchiladas Verde are pretty close to what you might expect in a Mexican Restaurant without having to go out or pay restaurant prices.

The cons:   Calorie count is higher than expected. Each enchilada is one serving. Don't get me wrong, they are filling and nicely sized. The taste might convince you that eating all of them is a good idea.

The verdict:  For $6.49 these are a great new addition to a not so strong refrigerated section. It amazes me that Trader Joe's is so good about their freezer section, but the refrigerated section has had most of the items I didn't care for. Not so here. I previously reviewed Trader Joe’s Cheese Enchiladas Rojo and they were outstanding. I prepared these the same way, in the toaster oven. I haven't tried microwaving these so I can't speak to how they would come out. These are darned good so it will just depend on your flavor preference which you will like better. This has chicken in it with a verde sauce. The chicken is so tender it almost melts into the cheese. The verde sauce is less than mildly spicy with almost a vinegar tang to it. It tastes slightly of peppers and manages to be somewhat creamy as well. It's the most subtle heat I've had in a Mexican entree. There is just enough sauce to coat the enchilada without drowning it. The tortilla was crisp in parts that weren't covered in sauce and in the parts that were, it was firm enough to not melt into the sauce. The enchiladas are a good size and two should make a nice sized meal. Although it was hard to stop at just two. I'd buy these again and if you can find them, they are absolutely worth a try.

The box in the refrigerated section: 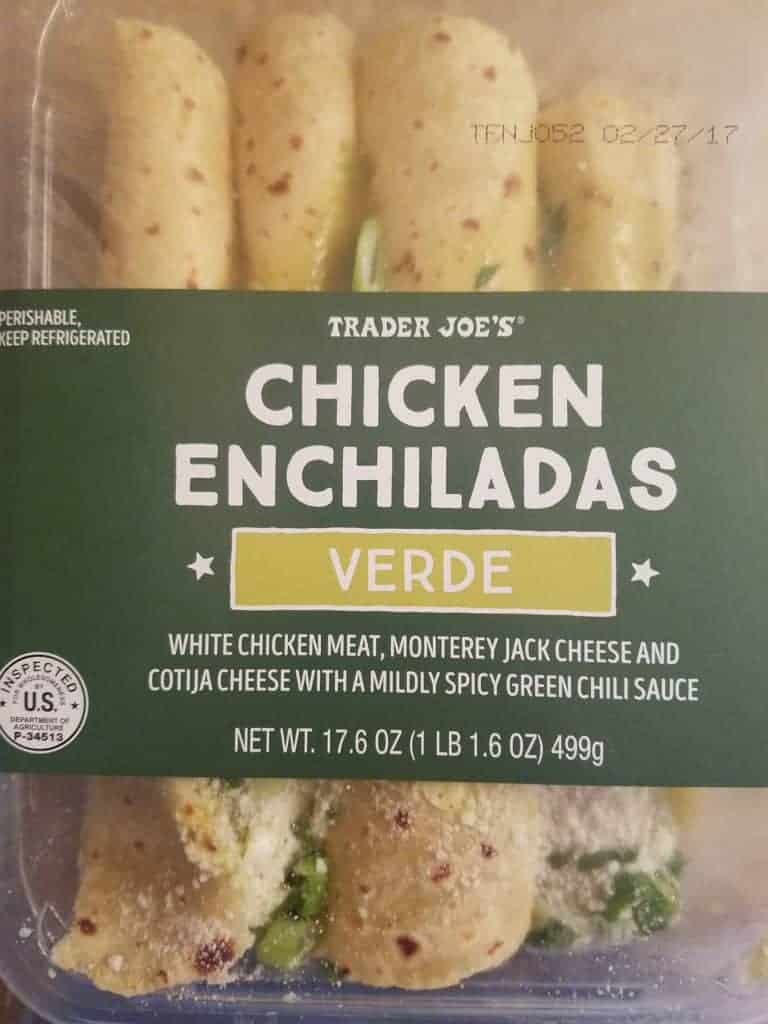 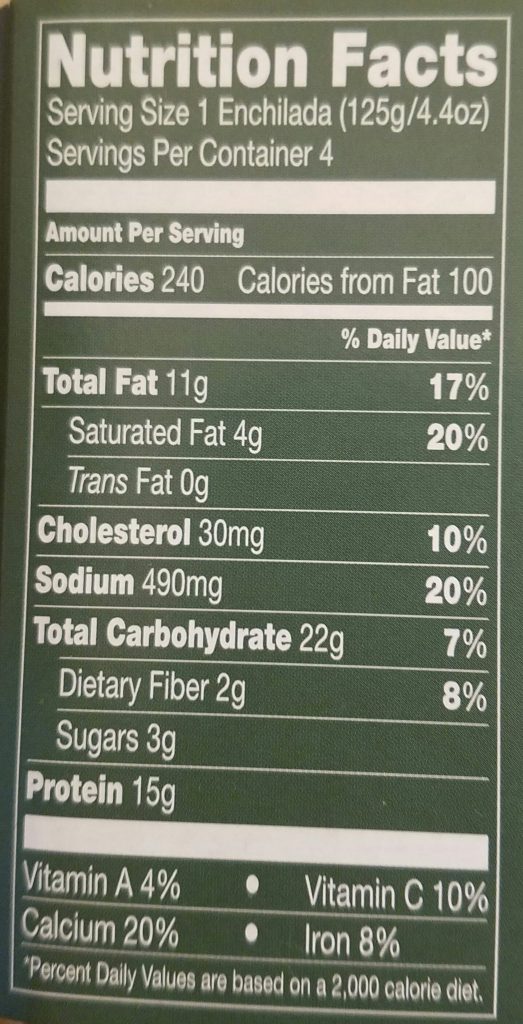 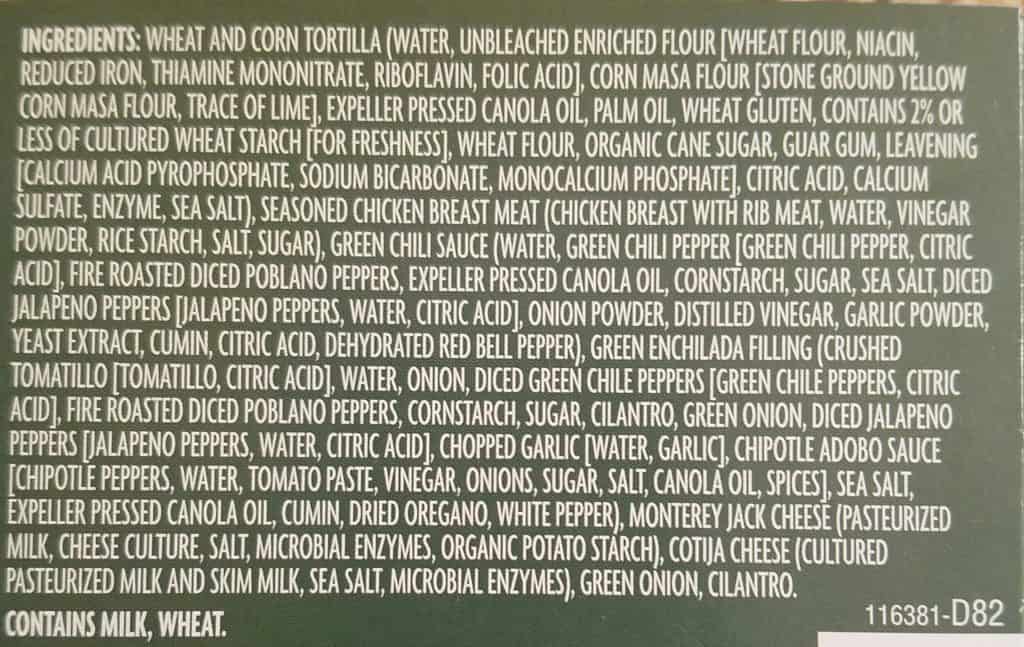 Out of the package you get four enchiladas. I only wanted two and they were going into the oven: 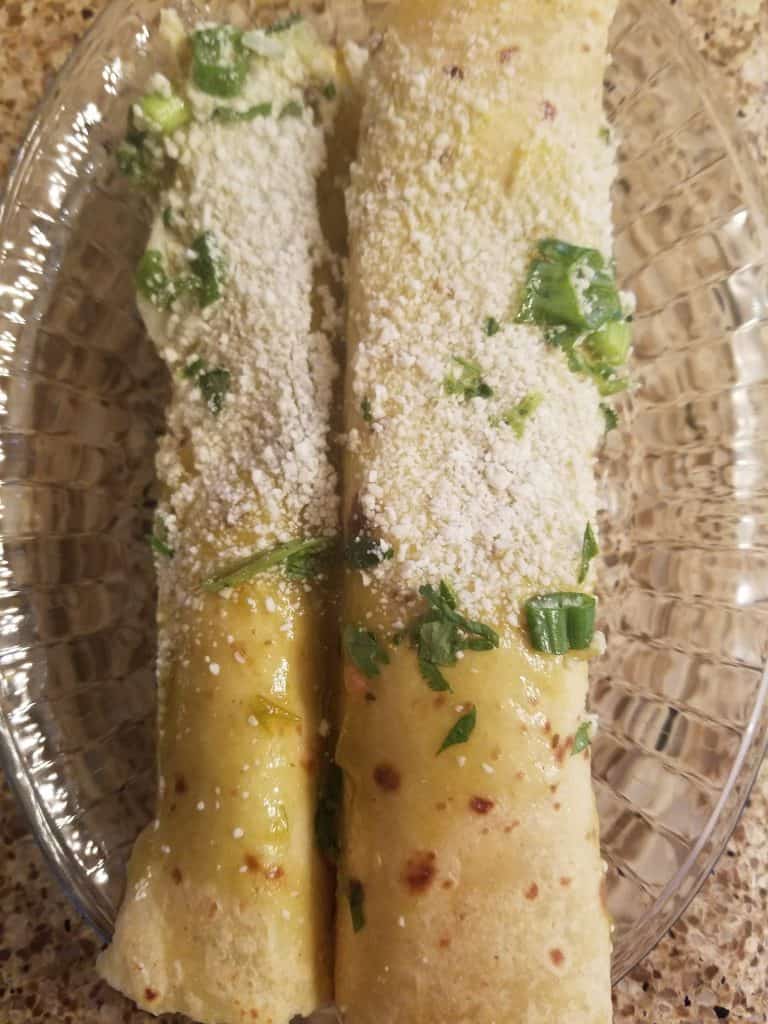 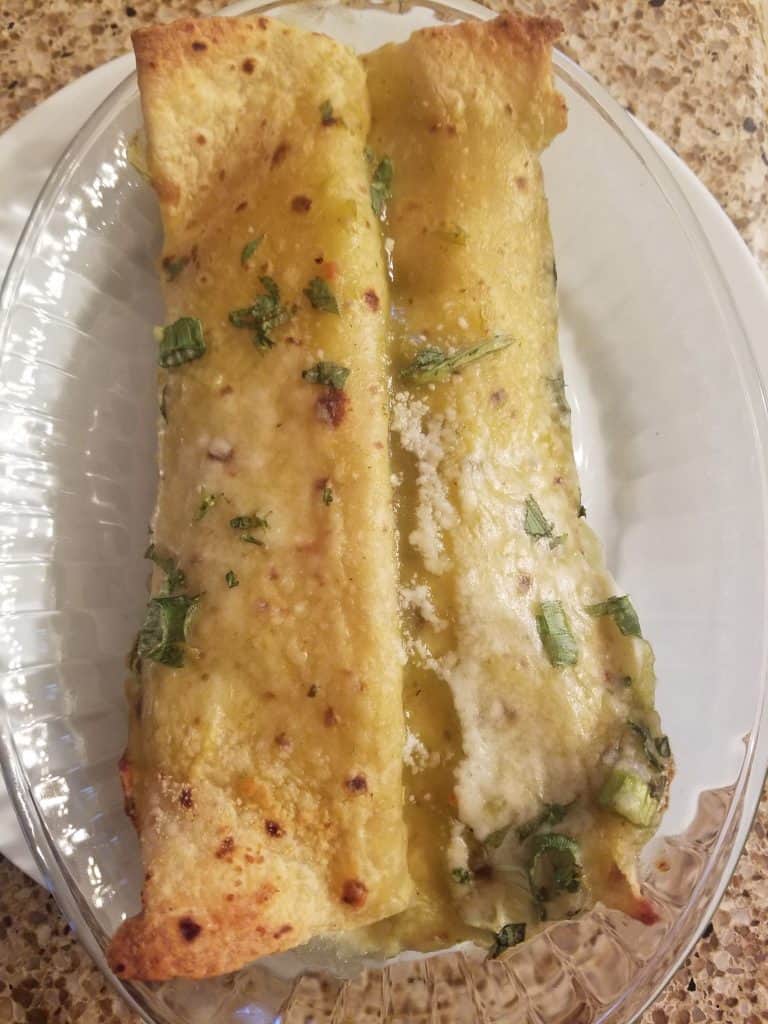 Would I buy this again? Yes. I liked Trader Joe’s Cheese Enchiladas Rojo better but Trader Joe's Chicken Enchiladas Verde are darned good too. I wouldn't say no to these. These taste fresh and are really good out of the toaster oven.