The pros:  Trader Joe's Chunky Blue Cheese Dressing and Dip is a very tangy blue cheese dressing. It can be used as both a dressing and a dip.

The cons: If you prefer a thinner consistency or don't appreciate the tang of blue cheese, then skip this.

The verdict:  Blue cheese is a love it or hate it item. For some, they can't get past the idea of idea of eating something moldy on purpose. Others can't get enough of this funky stuff. Well, I'm here to tell you that this is a very thick blue cheese dressing and dip where blue cheese is actually the first ingredient.

Now, I know January people probably tend to eat more salads than any other time of the year, but some time in February, this dressing develops another purpose: wings. Before I got married I loved going to a bar where they had wing night. Like 5 cent wing night. Complete magic right there. I don't have any bars by me now that offer such deals with the purchase of a beer. Now, I do the adult thing: make wings at home. Now, I do own my own fryer. But the first time I made these, I actually defrosted them in the refrigerator. I could have gotten the fryer out at that point, but hey, it's January right? Baking is a healthier path to have wings, right?

The wings came out great, but they needed a dip. I've done ranch with these previously, but there is just something about the pairing of hot sauce and a nice thick blue cheese. More often then not, the first ingredient in most store bought blue cheese dressings tends to be something I find kind of gross: usually it's an oil. That tends to lead to a thinner dressing that needs a lot to hold it up. Not the case here, here there are some legit homemade dressing ingredients that even a home cook can appreciate. First off, more than a quarter of this jar should be blue cheese. The chunks aren't large, but they are there. I did not notice large streaks of blue either, but it had that unmistakeable tang.

Next up on the ingredients are mayo, sour cream, buttermilk. All those items that would go into a homemade dressing. Now, if you prefer your more oily over the supermarket counter dressing, then stick with that. If you enjoy the distinct tang of real blue cheese and don't mind paying just a bit extra for it, then this is worth a try.

For $3.99 this isn't a cheap dressing, or shelf stable, but it is tangy and will likely make most blue cheese fans happy. It made for a thick enough dip to stand up to chicken wings. With each dip there was no problem keeping the dip on the wing. 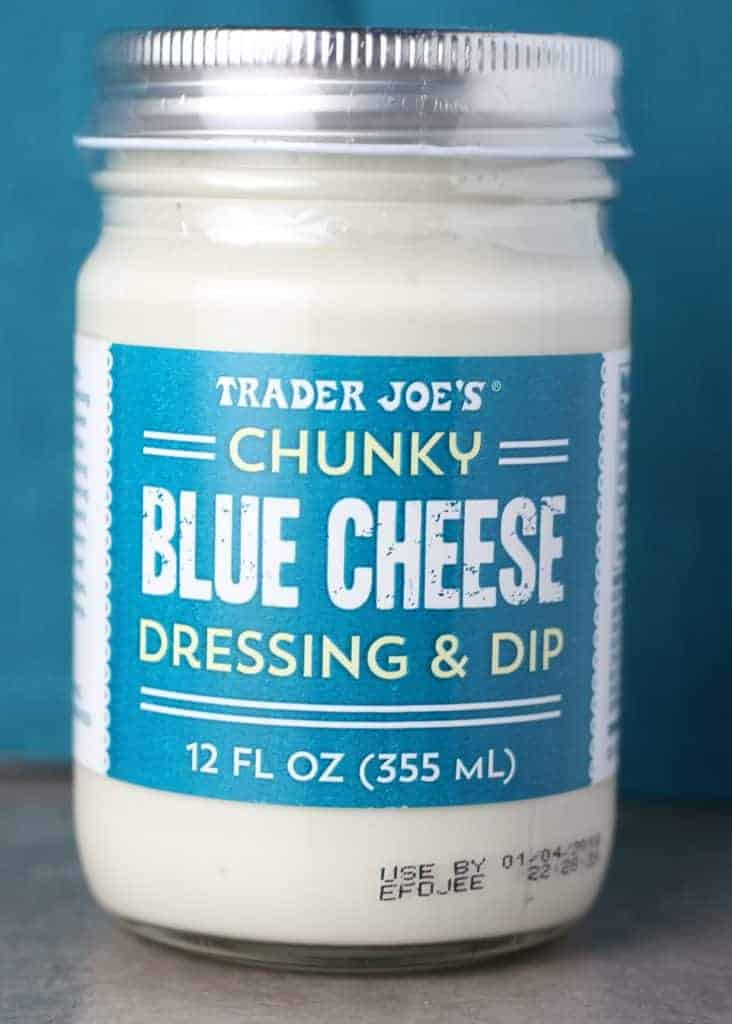 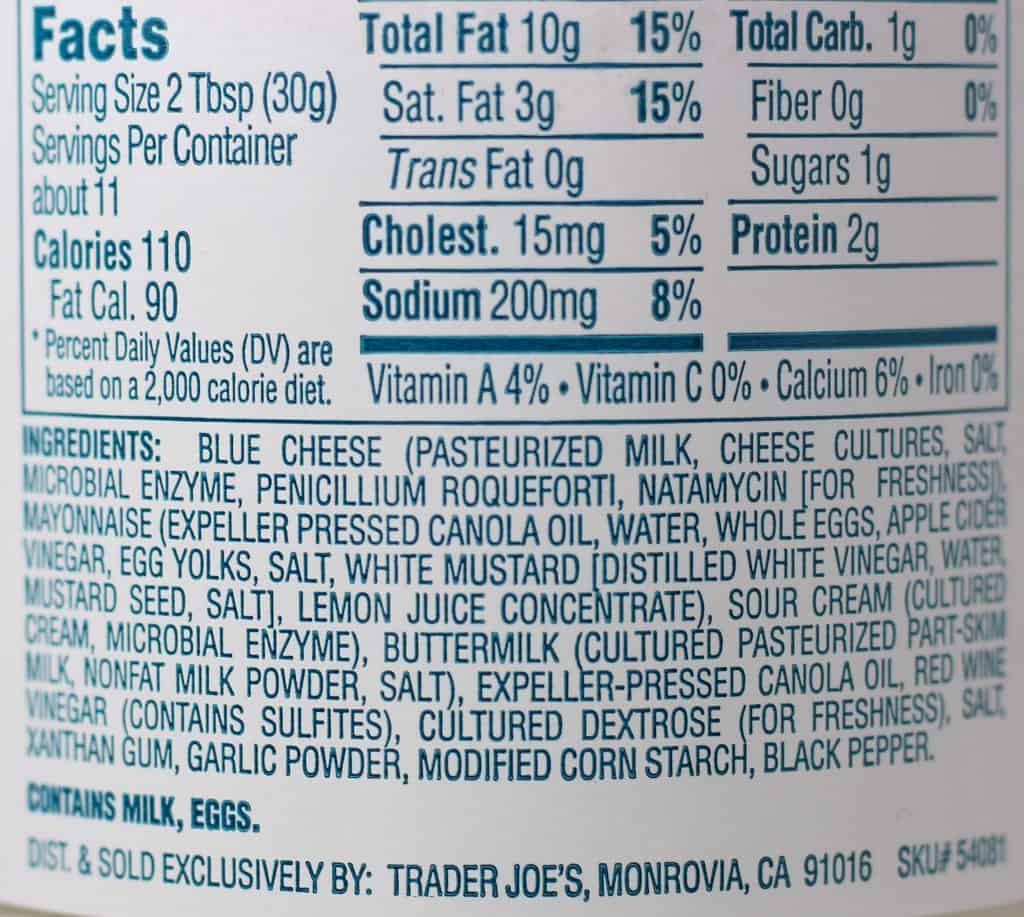 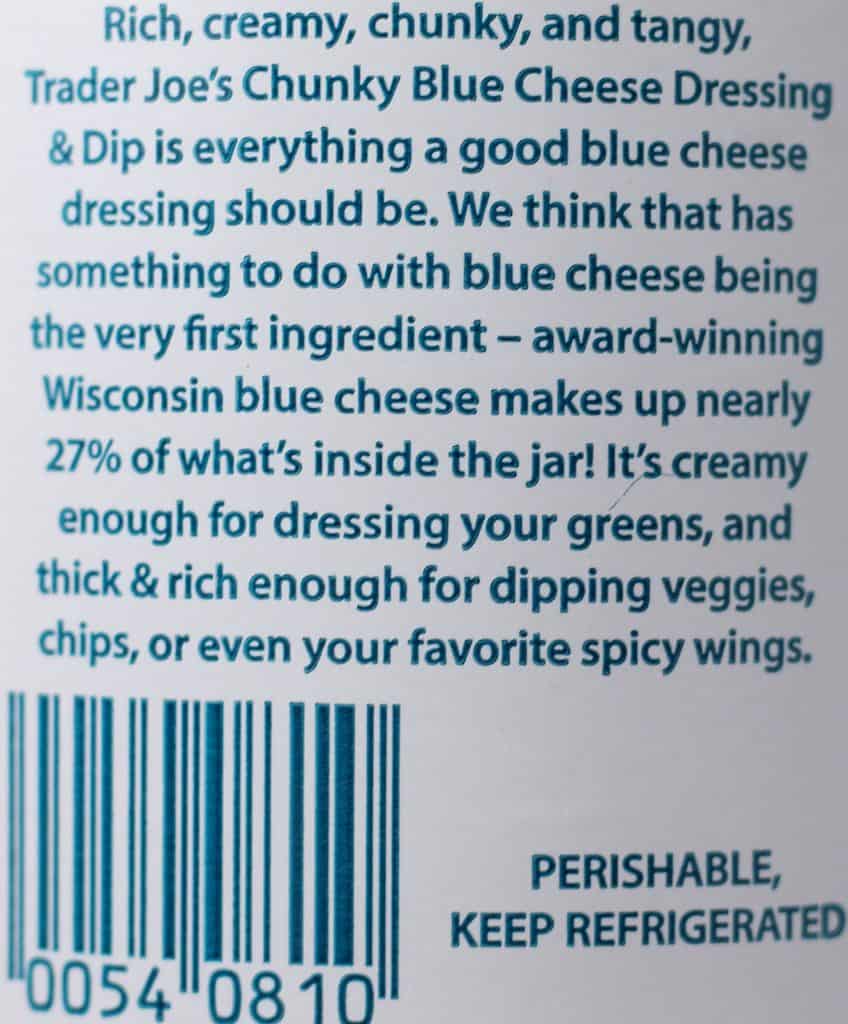 Out of the package and served with some wings you get: 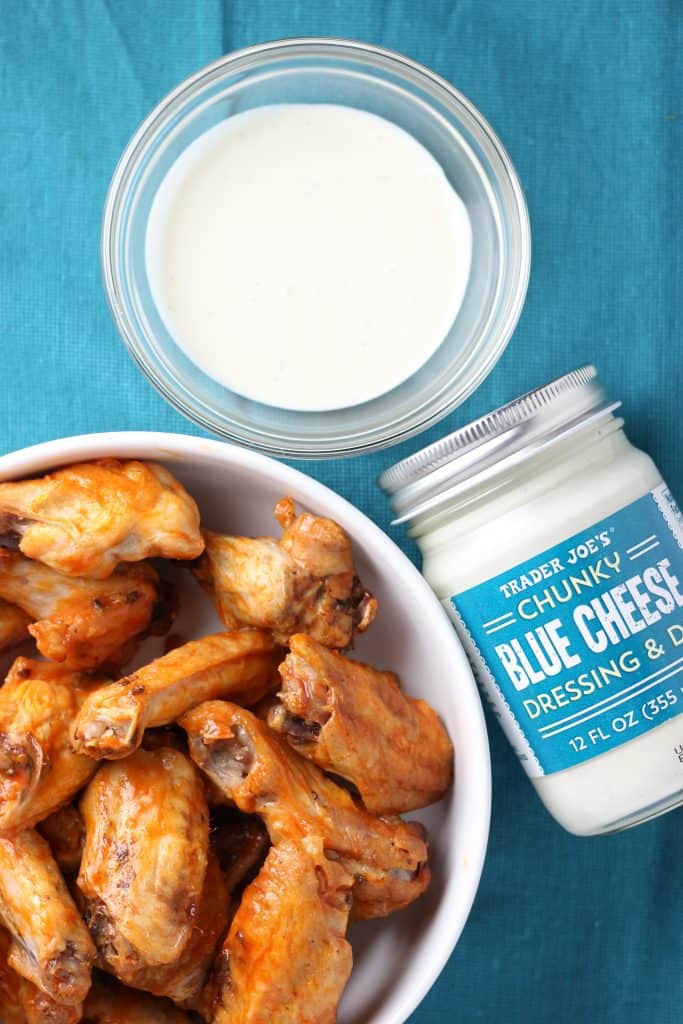 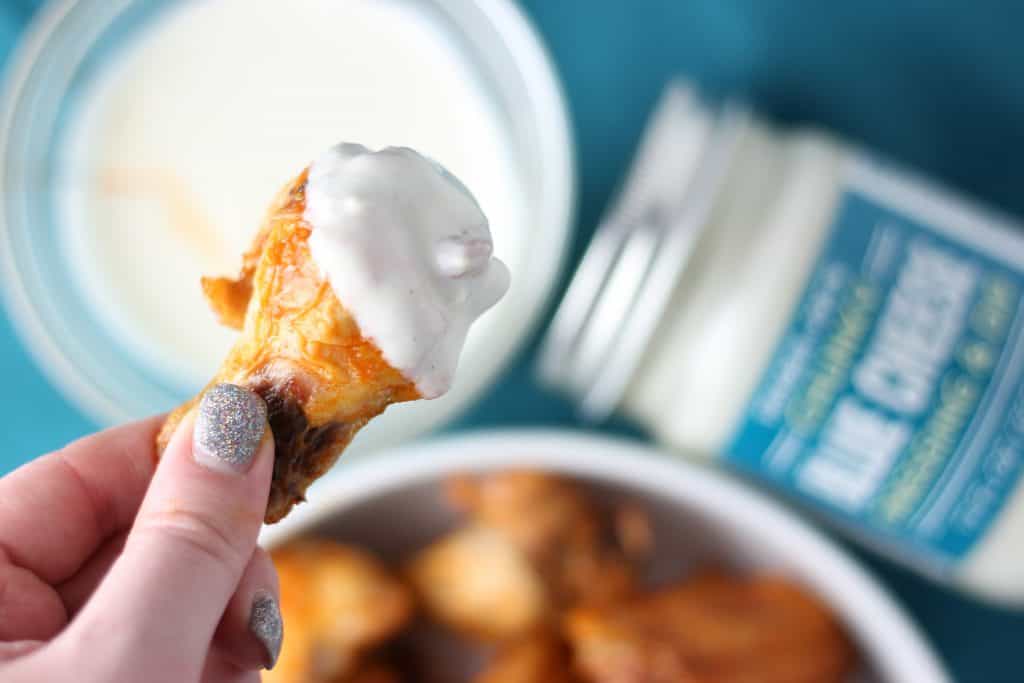 Would I buy this again? While Trader Joe's Chunky Blue Cheese Dressing and Dip is well done, it isn't going to be a regular purchase. But it is wing season so it will get used. did like this more than the shelf stable variety.