The pros:  Trader Joe's Falafel Wrap is not the best wrap in the refrigerate aisle, but not the worst either. It's literally just falafel and hummus on a pita with a little tabbouli. The two halves were wrapped individually so you could get 2 meals out of this wrap.

The cons:  Was missing something crunchy. Way too much plastic. Calorie count was very high. I had entire bites of just hummus.

The verdict:  For $4.29 you are getting two halves that could each count as their own meal. Based on the calorie count you might be better off doing things this way. It didn't taste bad, but it wasn't great either. I wasn't wowed by it and I'd reach for something else before I'd reach for this. That being said I would also say it's not the worst item they carry either. If you need something vegetarian, this is a decent choice to reach for. This is one of the weakest parts of Trader Joe's and it's a shame too. If you are the type who shops there, odds are you enjoy things being quick and easy. Wraps should be grab and go and all too frequently they are lacking something. This was lacking some sort of consistently crunchy texture. It was dry pita with hummus and mushy falafel. It had a good balance of acidity from the falafel and hummus. The ingredients on mine were unevenly placed which lead to entire mouthfuls of just hummus. 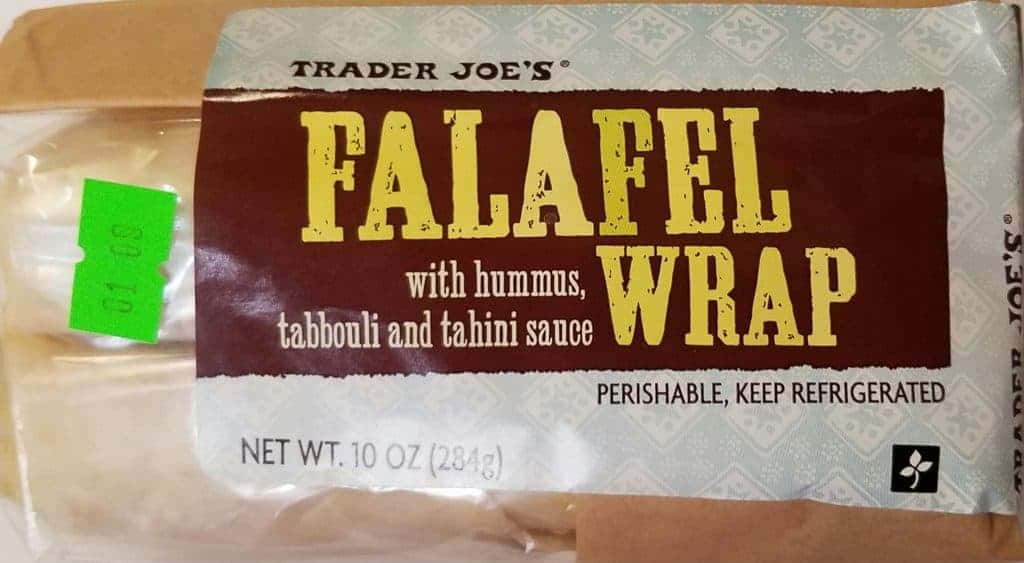 The nutritional information (brace yourself for almost half a days worth of fat): 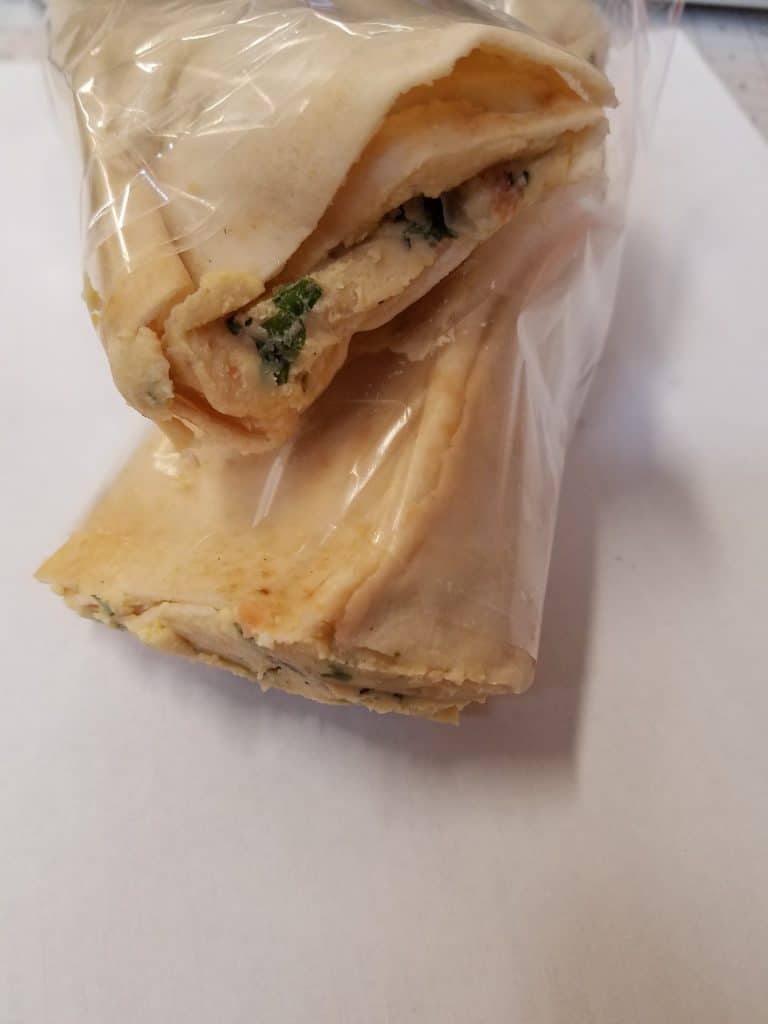 Take Trader Joe's Falafel Wrap apart and it looks like:

Would I buy this again? For me this is a no. I can say I tried it and wouldn't reach for it unless they only items they had left were Trader Joe’s Tarragon Chicken Salad Wrap, Trader Joe’s Grilled Pesto Chicken Wrap or Trader Joe’s Turkey Club Wrap were all there was to choose from. Even then I might just go to the frozen section and choose something out of there. It would be about the same price and the taste would be better.