The pros:  Trader Joe's Fully Cooked Baby Back Ribs are tasty, tender and ready in under 20 minutes.

The cons:  If you are hoping for championship level BBQ, this isn't it. Doesn't mean that it's bad either. It's just not the best BBQ I've ever had. You'll also want a very sharp knife in order to separate the ribs. Some were no problem, some were a bit of a challenge with a very sharp knife.

The verdict:  For $11.99 you get fully cooked ribs that are ready to be warmed and served in under 20 minutes. Normally most BBQ people will tell you ribs are all about low and slow. They've done all the work for you. The BBQ sauce is Texas style which means that it's going to be thick, you'll need a small package of napkins (or be willing to lick your fingers quite a bit), and it's more of a tomato/ketchup/molasses base. According to Trader Joe's website, this is the same sauce that is found on their pulled pork, chicken and brisket. The BBQ sauce became more concentrated in the oven which is probably why I liked this better than some of their other BBQ items that contained the same sauce. The meat was tender out of oven. I'd buy this again, it just won't make the weekly shopping list. If you are in the mood for BBQ and not willing to do any of the work, this is a good way to go. This will feed about 2-3 people.

The bag in the meat aisle: 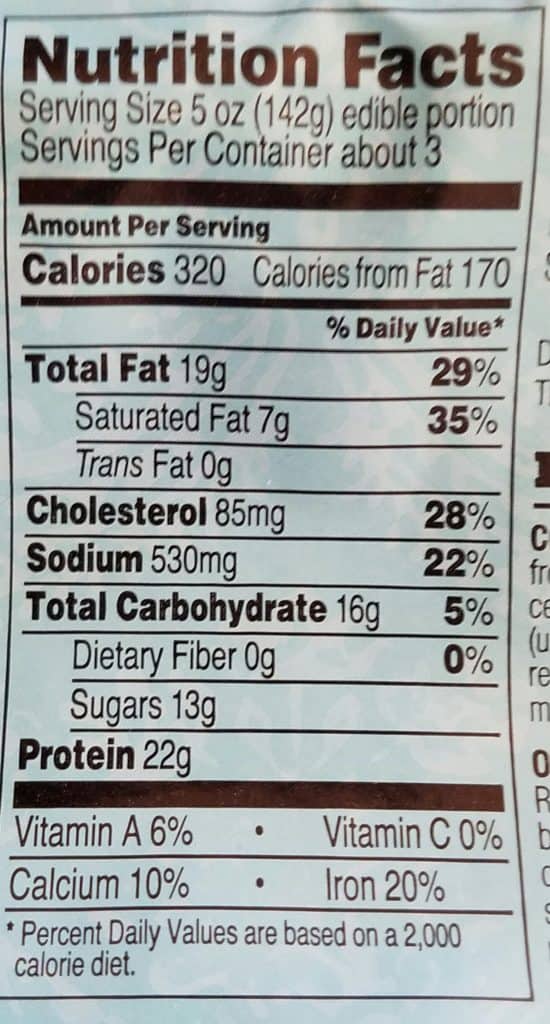 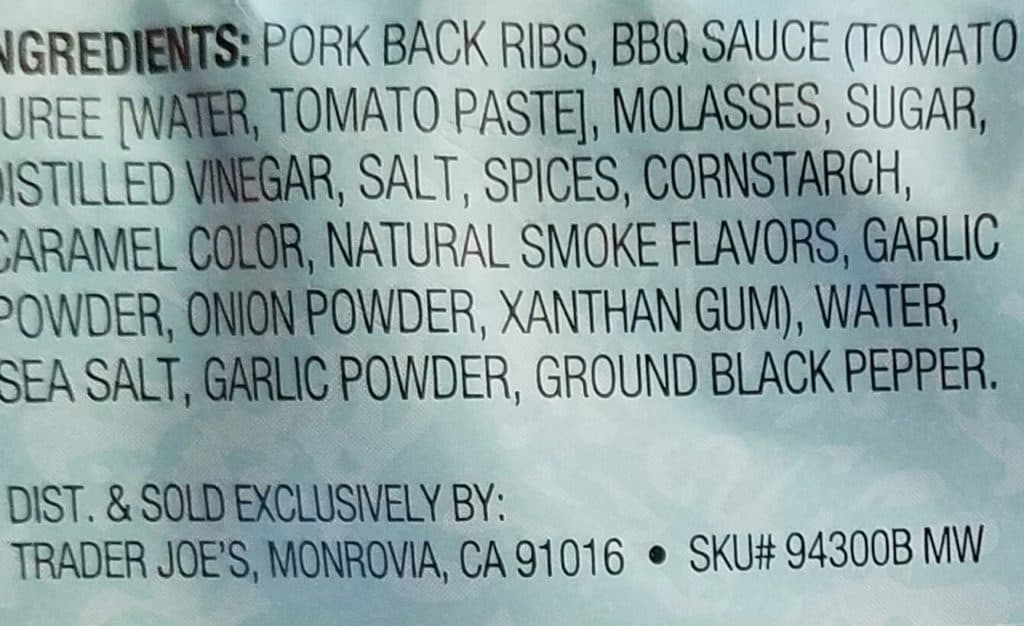 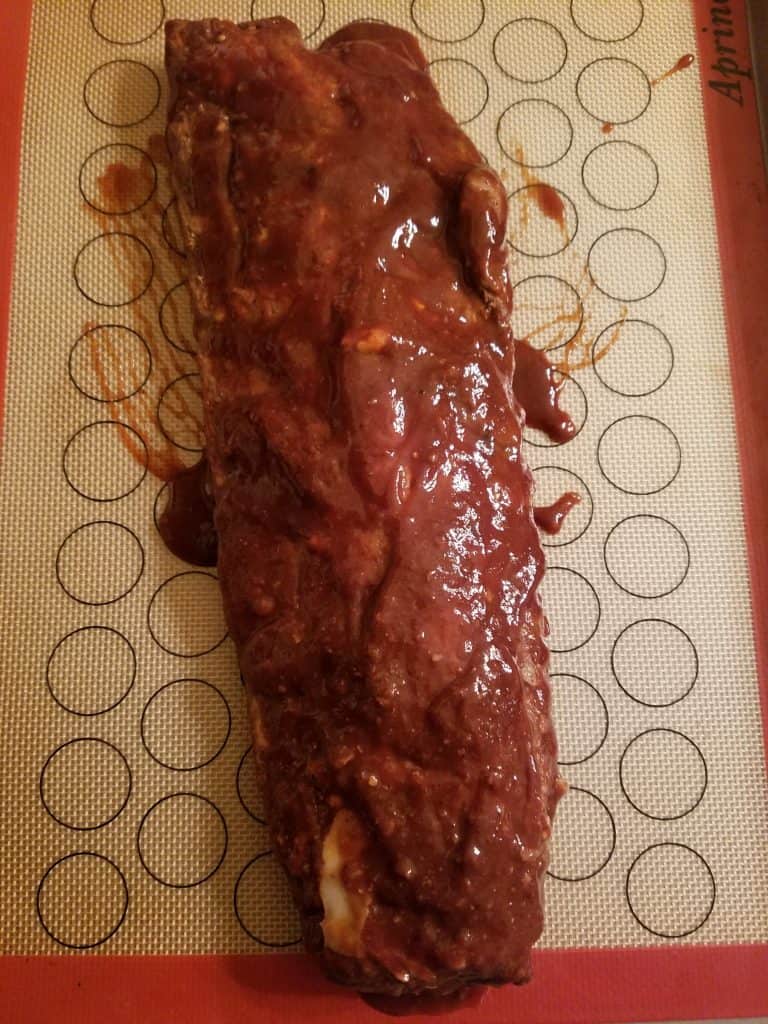 After being cooked and cut up you get: 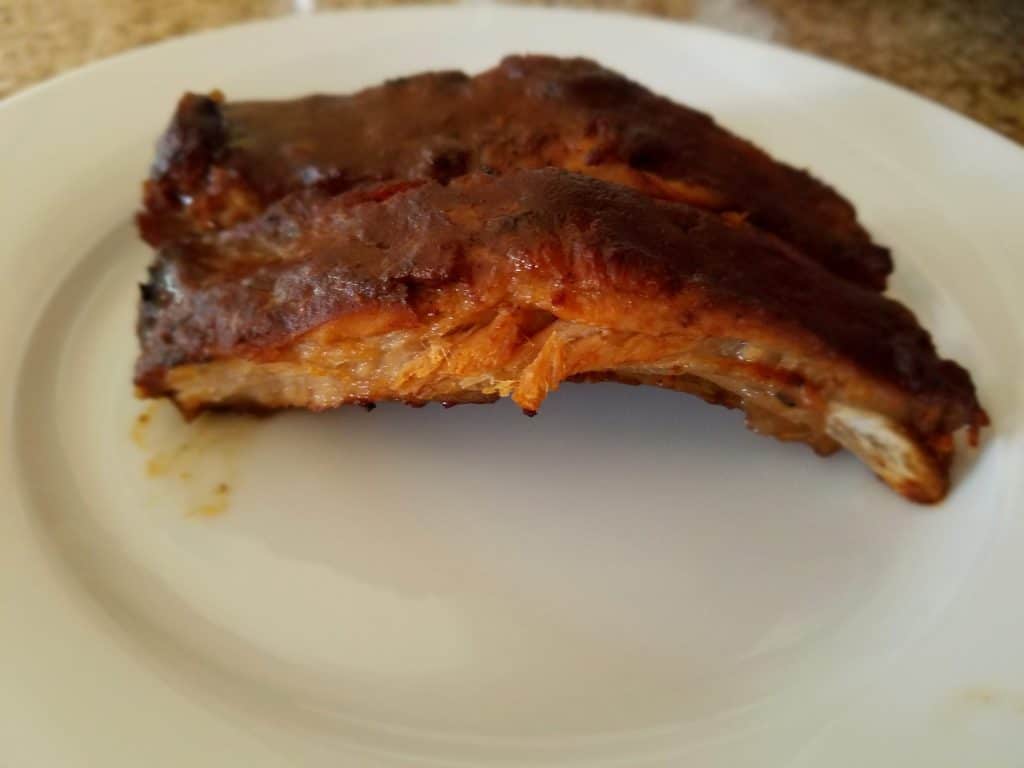 Would I buy this again? For me, Trader Joe's Fully Cooked Baby Back Ribs is a yes. They are tender and they are ready fairly quickly. The BBQ sauce was good but not great and I think that's the area for improvement.