The cons:  You still won't  confuse this for "real" pizza. You can expect two realistic servings from this pizza.

It wasn't long ago when Trader Joe's released a new product called Trader Joe's Cauliflower Pizza Crust. It got mixed reactions from most sources. Compared to making it at home, it was a time saver. However, it was an imperfect product that had some flaws. Most of which dealt with the texture of the product. It lacked that classic pizza crispness on the bottom. And there is the other obvious details: most Trader Joe's seemed sold out of that product. They've even resorted to rationing Cauliflower Rice in some locations.

Now, there is a new cauliflower pizza on the block and it's an improvement over the previous rendition. Notice I did not say that it was perfect. It still has some way to go. First off, if you are gluten-free this is a no brainer. This came out of the package and out of the oven looking visibly different from my previous attempt at using the cauliflower pizza crust. This looks as if it had been thoroughly baked before coming to the consumer.

Now, in the sake of fairness there are two ways to review this pizza: as someone who can eat everything and as someone who cannot have gluten. As someone who is fortunate to have no food allergies and who is happy to eat just about everything, I can honestly say that I polished off three-quarters of this pizza. This is not a very large pizza and this would honestly only serve about 2 adults. The sauce was good. The cheese was ok, but nothing notable. While I had no problem achieving a crisp crust on the edges, it wasn't as crisp as I was hoping for on the bottom. Texturally, this no longer tastes like polenta as it is more a mixture of gluten-free flours as opposed to corn flour and corn starch. This item is best served and consumed after being cooled from the oven. Otherwise, the next day it wasn't quite as tasty.

If you are gluten-free or looking to reduce your gluten consumption then this is one of your better alternatives. It's imperfect, but a notable improvement over the plain crust. For $4.99, this is a dollar more than just the plain cauliflower crust. However, in terms of quality, it's a nominal premium worth paying if eating gluten-free is a priority to you. 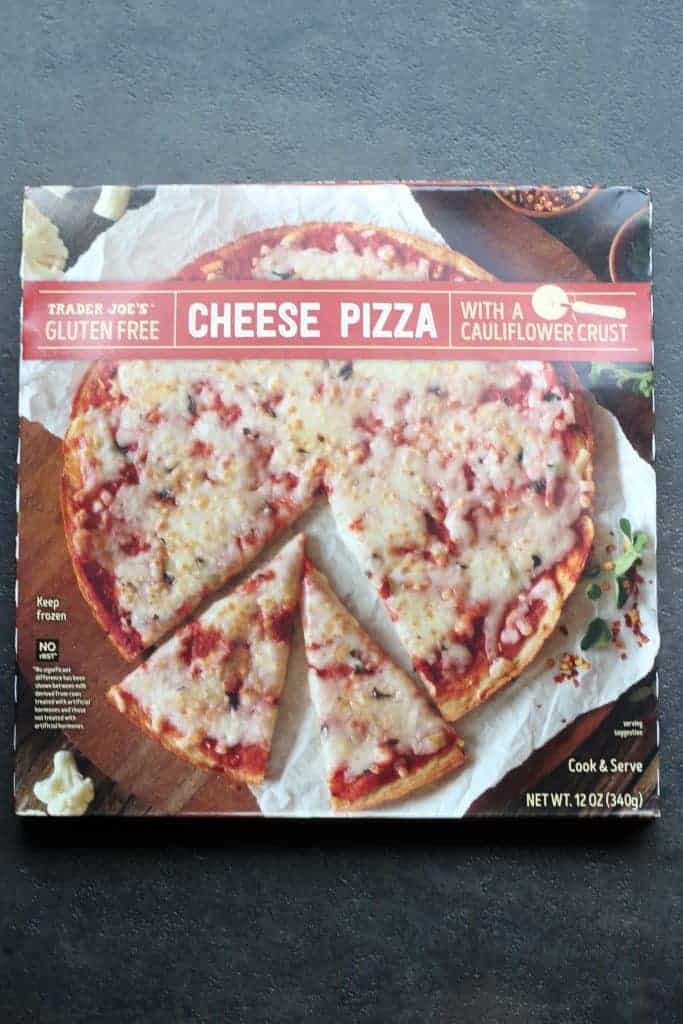 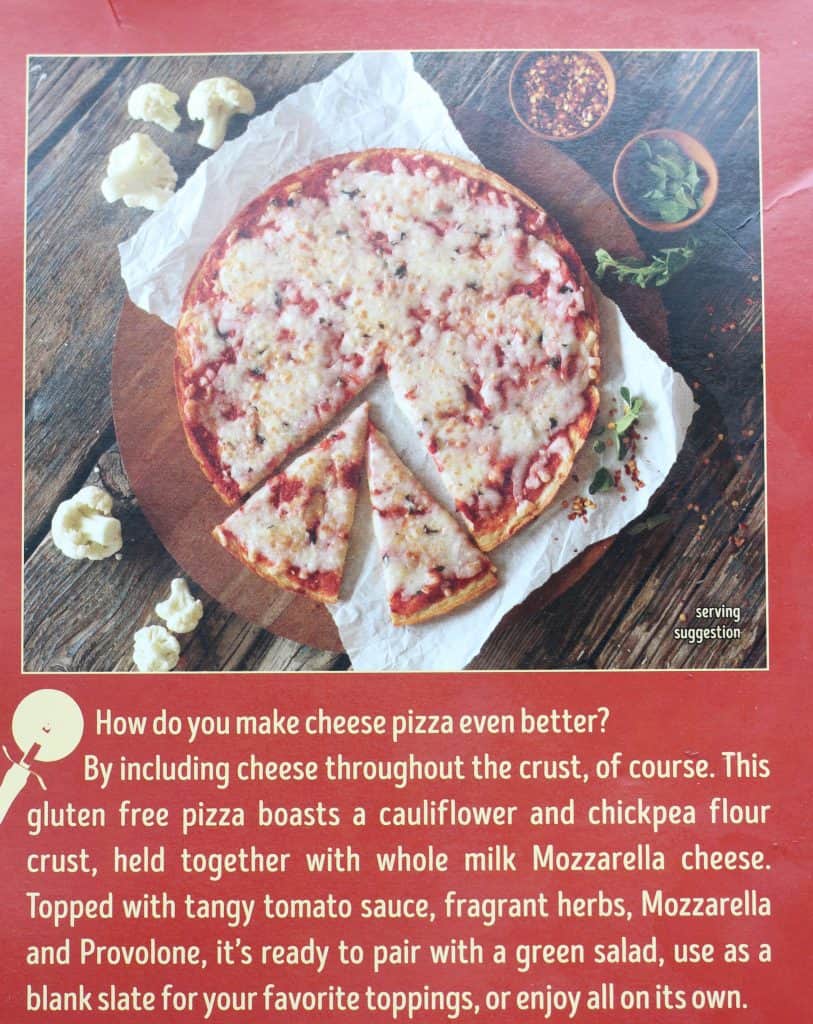 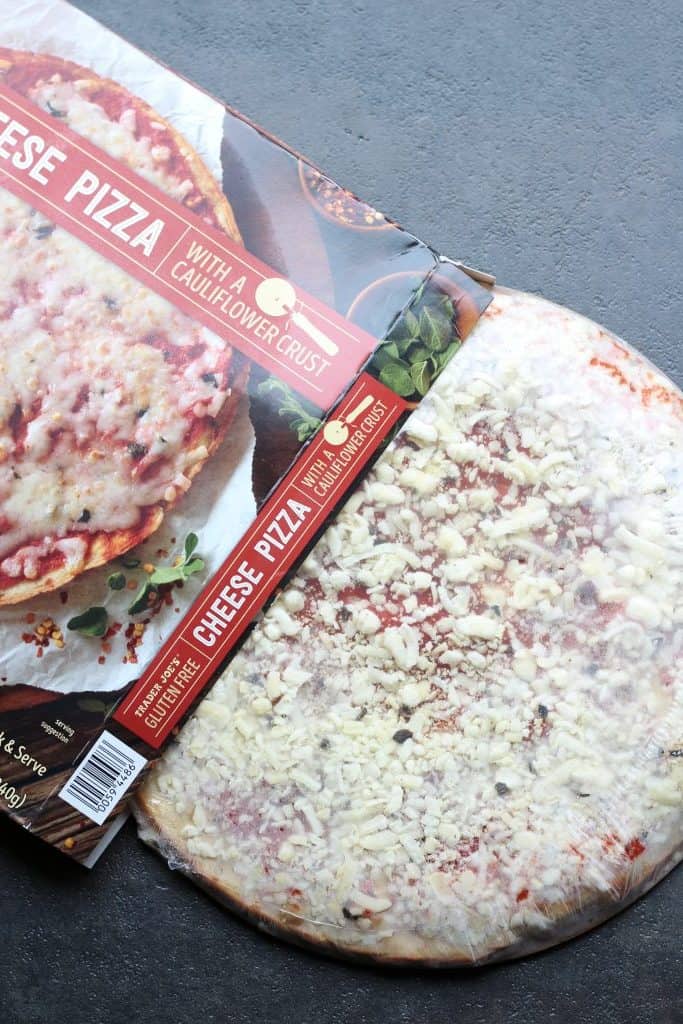 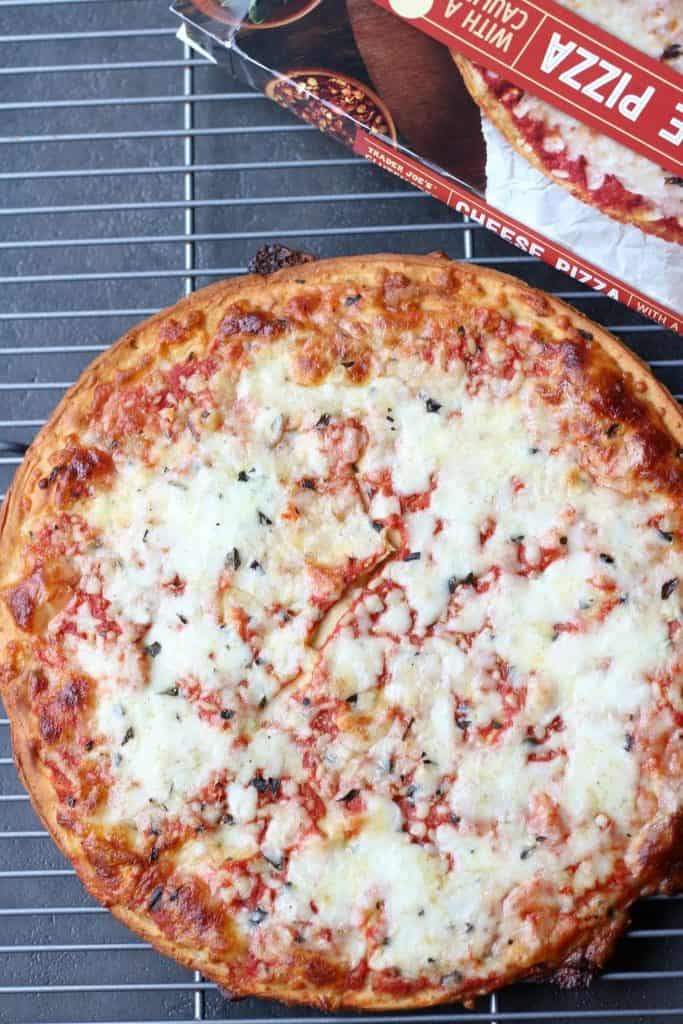 Would I buy this again? While Trader Joe's Gluten Free Cheese Pizza with Cauliflower Crust still not quite up to homemade standards, it's an improvement over the original cauliflower crust. As for me, there aren't many pizza varieties I would say no to.