The pros:  Trader Joe's Maple Chicken Breakfast Sausage are relatively low in calories and are more savory despite what the name would have you believe.

The cons:  Not enough maple flavor

The verdict:  For $4.49 you get a 12 ounce package containing 12 sausages. The sausages are fully cooked and require minimal reheating. In fact, the purpose of placing these in a pan or a broiler is to add some char to the outside (and raise the temperature). I remember on Saturday mornings as a kid, waiting for my mom to make pancakes and sausages. The sausages she bought were from a local meat market and they were maple flavored pork sausages.

Sadly, they stopped making them. I've been on a hunt for ones that taste like them ever since. I grabbed these hoping they would be like the ones I had as a kid. Sadly, I only had one of these as the bitter taste of disappointment hit me right away. If the package did not tell me they were maple, I would not have guessed it from the taste. The rest of the spices came right through. When you are hoping and expecting sweet and you get something more savory, it's a bit of a let down. It wasn't a spice combination that I would enjoy first thing in the morning.

There was a subtle heat and the taste of paprika. But the sweetness in my package seemed lost. The chicken sausage was fine, it had a nice crispness from the pan, but even though the package listed maple and brown sugar it just didn't carry that flavor the way a fatty pork sausage would. If you look at my picture of the cooked product, you'll notice there is no grease in the pan.

Usually sausages are quite fatty, but that was not the case here either. They had some moisture to them when I bit into them, but was missing the mouthfeel of a good traditional sausage. For me, I won't be repurchasing these. I'll keep a look out for really good breakfast sausage. 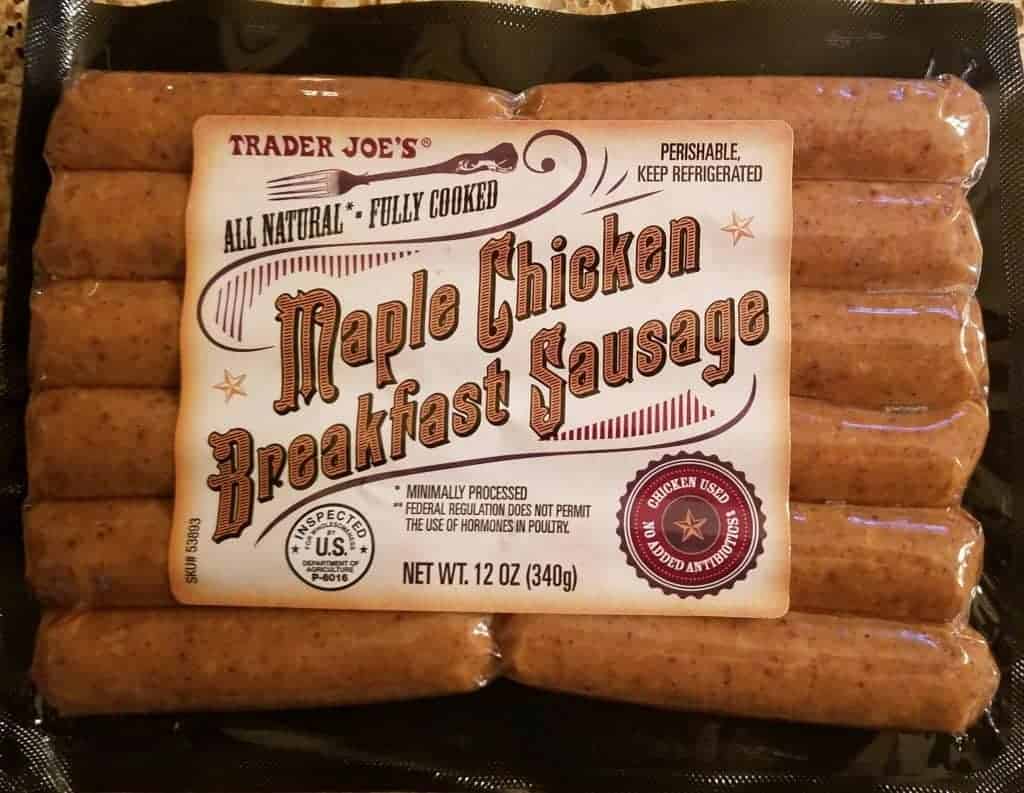 The ingredients and how to prepare Trader Joe's Maple Chicken Breakfast Sausage: 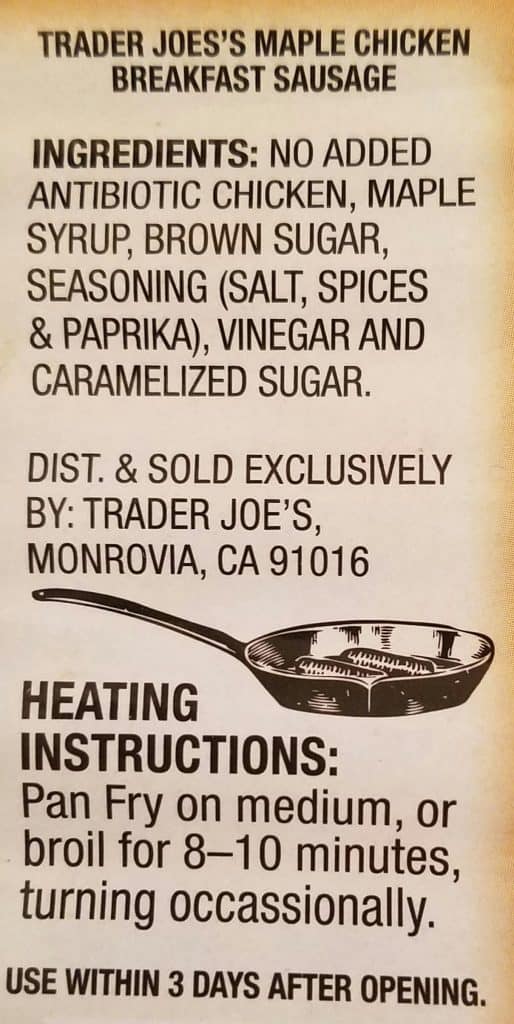 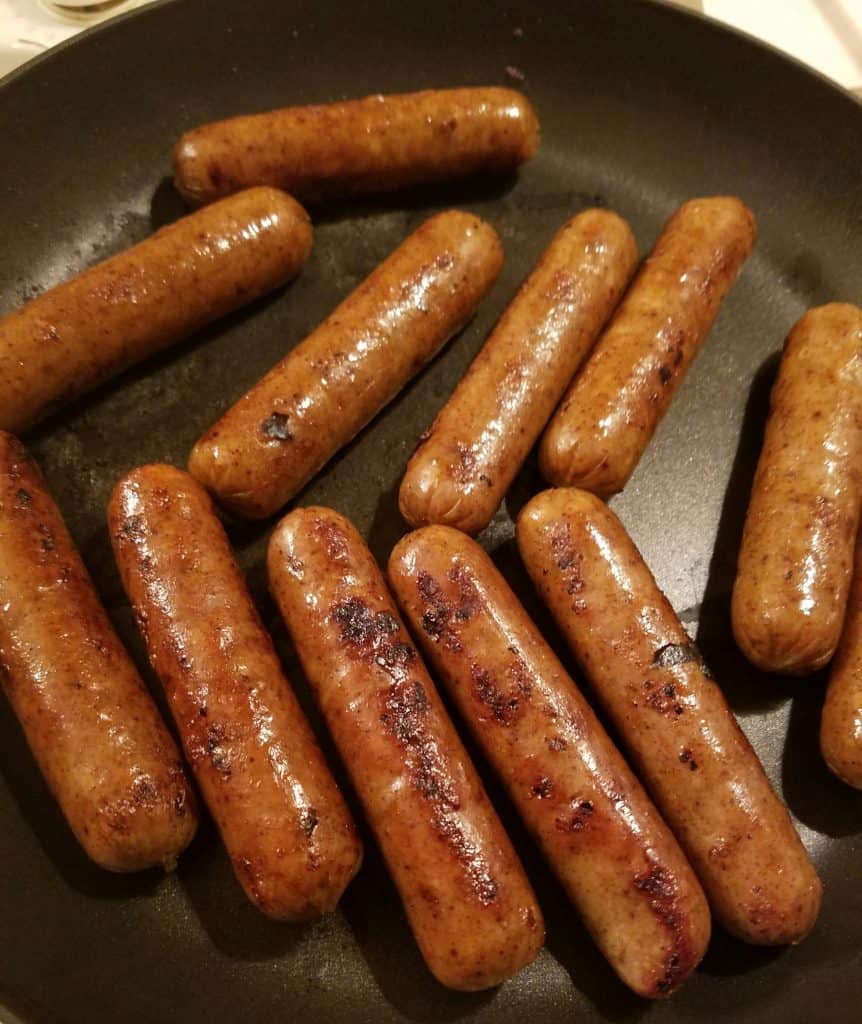 Would I buy this again?  For me, this is a no. I prefer my sausages a bit sweeter than this. The maple hardly came through for me. Growing up we had pork breakfast sausages that did a better job handling the maple flavor. Perhaps, I was just wishing for those. 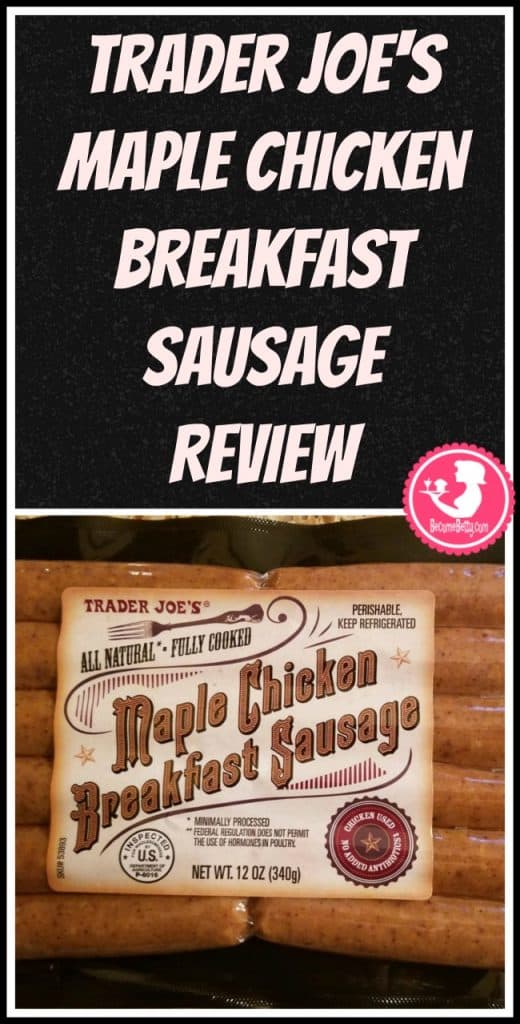