The cons:  There are no directions for cooking this in the oven which is unusual as their other varieties of bacon do have these directions.

For $2.99 you get 8 ounces of turkey bacon. In my package that meant 9 slices when the serving size said I should only get 8. Lucky me. If you are looking to cut back calories, this just about cuts your calories in half compared to the other thick cut bacons available at Trader Joe's.

It will never taste quite like bacon. You'll lose a lot of the fatty element that makes bacon so darn good. But you'll be left with the meaty portions in the way of turkey shaped like bacon. The pepper here was not overwhelming in anyway. The thick cut cooked quickly in a pan, but I was disappointed there were no directions on how to make this in the oven.

So far I haven't come across a bad bacon yet except for maybe Salmon Bacon which wasn't my thing. For the record, I think "Salmon Bacon" should just be considered Lox. So safe to say this will be on my rotation of bacons for a Saturday morning.

Here is the visual rundown of what you can expect if you purchase this product:

The nutritional information and ingredients 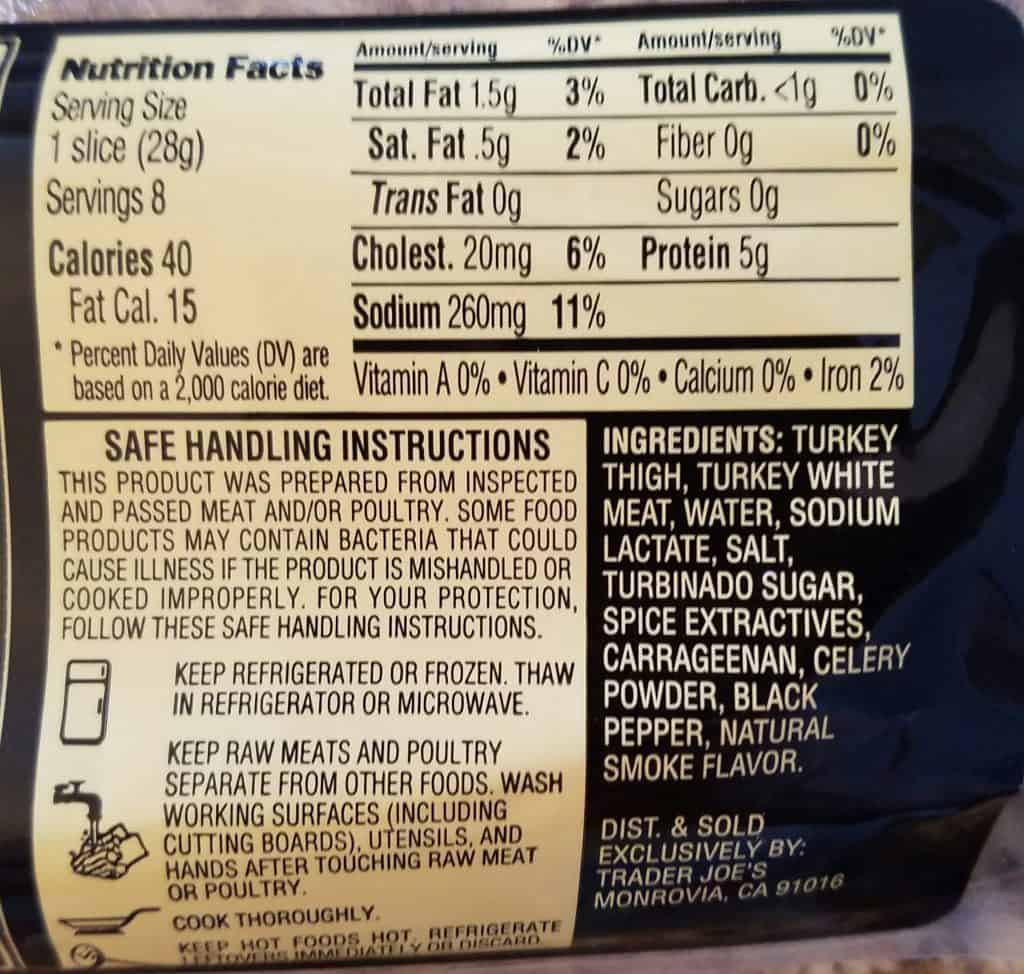 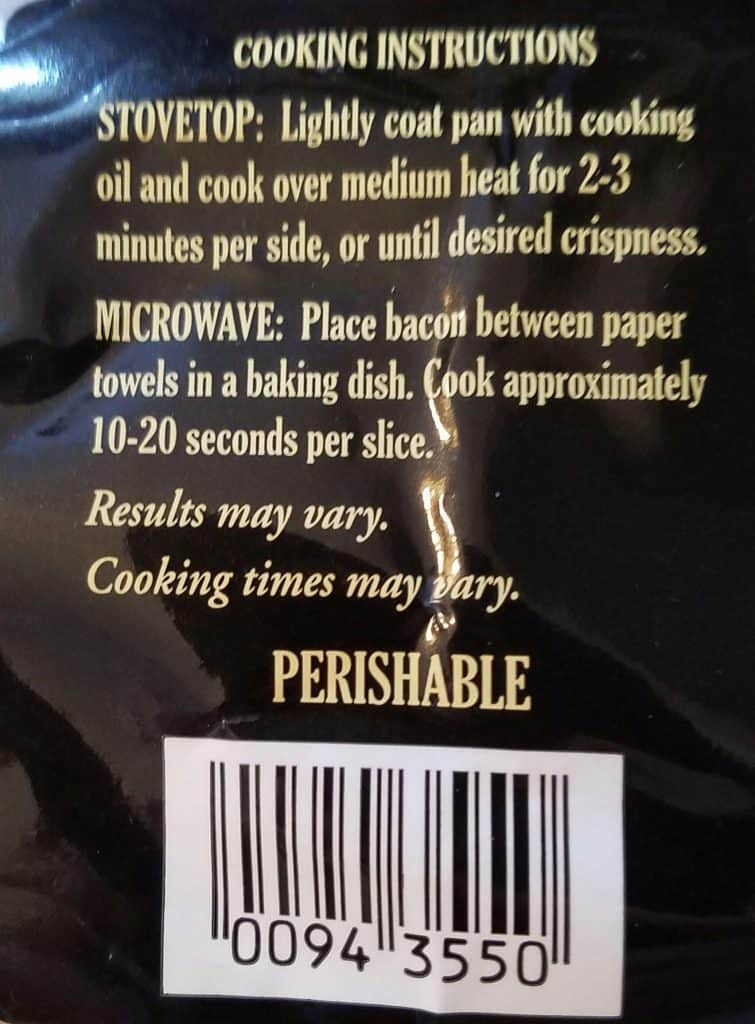 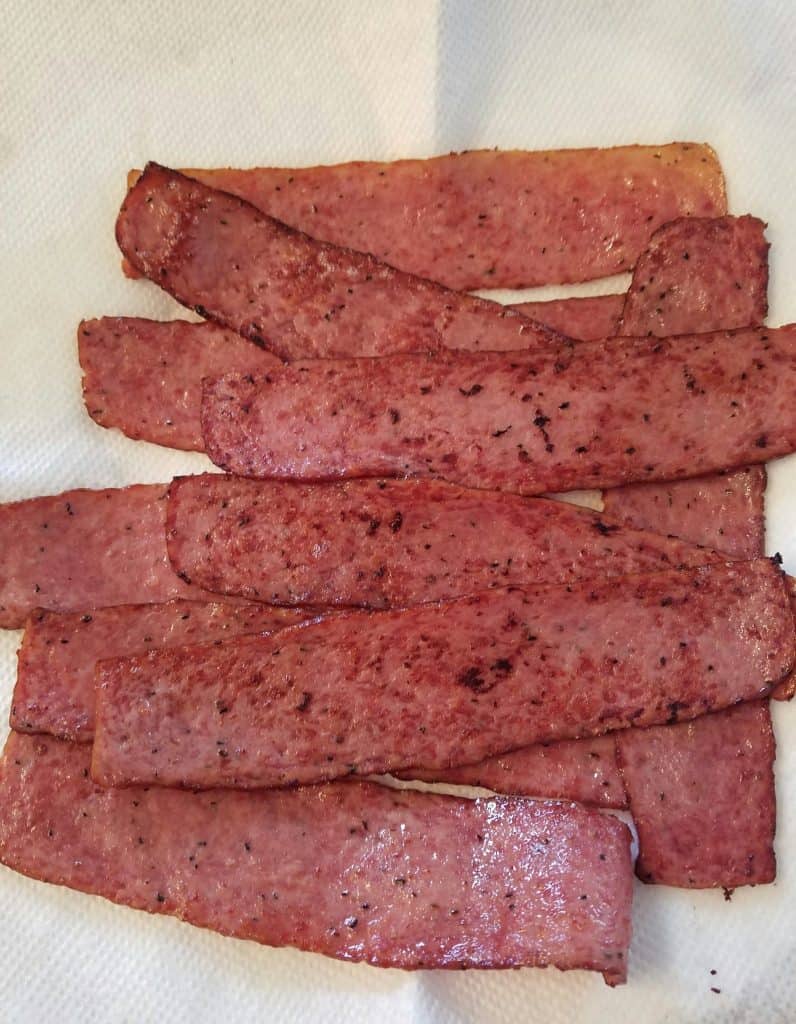 Would I buy this again? Trader Joe's Peppered Turkey Bacon was tasty, meaty and smokey. While not quite real bacon, it satisfied some of the bacon craving.