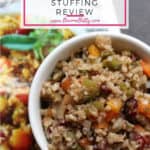 If there is one food item I look forward to at the Thanksgiving dinner table, it is stuffing. I'm not 100% convinced that stove top stuffing actually has THAT MANY servings in it. Stuffing goes quickly in my household. There is something completely comforting about the bread/veggie combo that stuffing is. 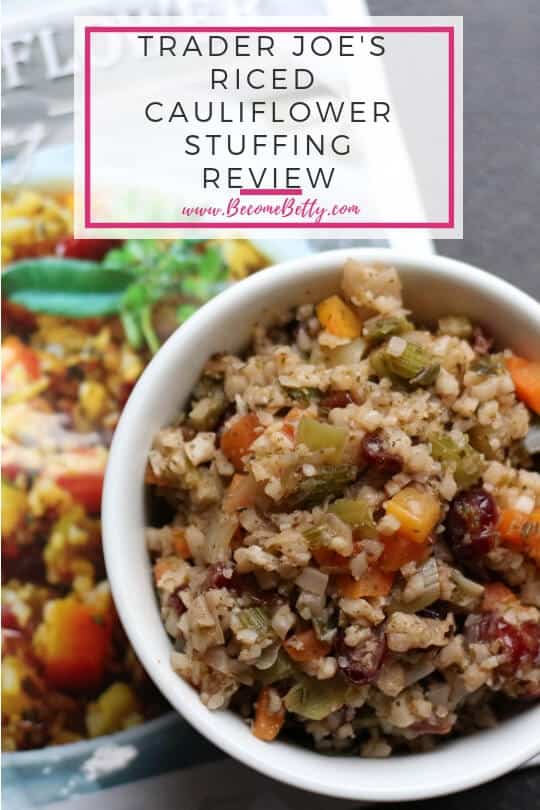 However, Thanksgiving has gotten progressively more challenging as more people have dietary needs, requests, and allergies. Now, Trader Joe's this time of year sells regular stuffing, gluten-free stuffing, and this new addition Rice Cauliflower stuffing from the freezer aisle. If you are wondering, last year there was a refrigerated stuffing as well, but right now I haven't seen anything return to the refrigerated yet.

When I opened this bag, it followed the same formula that a lot of other freezer items follow. There are IQF veggies and cubes of broth. Preparing this is easy. You'll need to heat 2 tablespoons of oil and cover for 7 minutes on medium heat. After that you'll need other 4 minutes to allow the moisture to evaporate uncovered. Let it sit for 2 minutes and then serve.

Now, after this bag was cooked, I'll admit I was shocked by how little it looked. Usually I photograph items in a pasta bowl, but this only filled my cereal bowl. While I was going to write about the fact that the serving sizes seem off, I actually can't. Unlike regular stuffing which you can literally stuff yourself eating; one serving of this was plenty. I felt full after just one serving and had the proper amount left for another three servings.

Serving size aside, this has all the flavor of Thanksgiving. You have all the right herbs and veggies with some cranberries thrown in for some tart flavors. Would I serve this in place of regular stuffing? No. I was missing on that familiar comfort food texture of stuffing. However, would I consider servings this as a side dish or having it as a healthier alternative? Absolutely. I think it would be a mistake to think of this as a true stuffing. If you are buying this, you should reach for it as a healthier alternative to stuffing. At 60 calories for this stuffing you'll feel, well stuffed.

For $2.99 it's reasonably priced, but the key thing to remember here that this is probably intended as a healthy alternative. If you already like cauliflower rice and can't get enough of it, this is another great option in terms of Thanksgiving flavor.

I liked the product, but I wouldn't personally reach for it over stuffing. If I were more health conscious on a day-to-day basis, then I would reach for it in place of stuffing as it has the familiar flavors of the season in it. The key thing to remember when buying this is it's just a healthier alternative. If you go into buying this thinking otherwise, you'll be disappointed.

Would I buy this again?  I'm a big fan of stuffing. If I were more health conscious I would reach for Trader Joe's Riced Cauliflower Stuffing more often. As a side it was decent substitute, but I would rather reach for the real stuff. So, this is only a one time purchase from me. 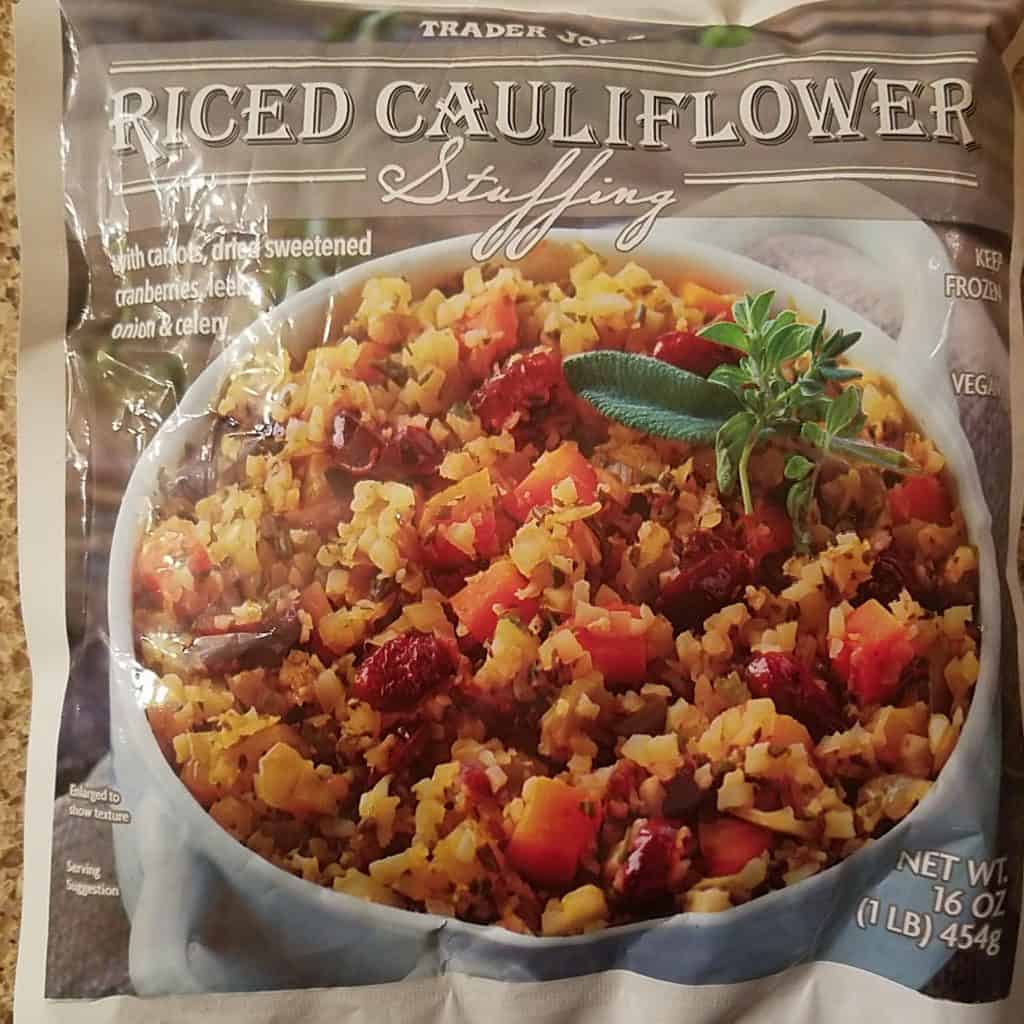 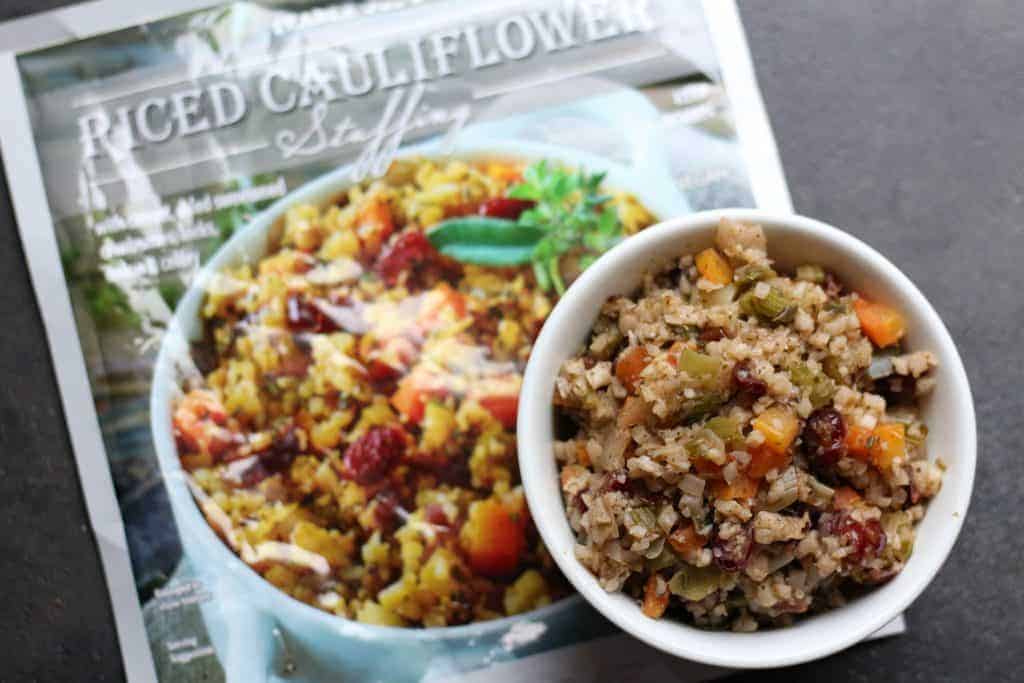 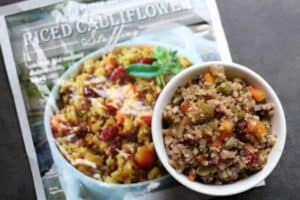 It's the stuffing that captures the flavor of stuffing but misses the mark on texture. But is an alternative to stuffing for those who prefer cauliflower