It’s been a good run so far in the health and beauty items. So far this year we’ve seen a whole bunch released: from a microdermabrasion scrub to new facial wipes to a new cleansing oil. And considering we are pretty early into the year, these are at least the items that won’t impact your diet one bit. And nor will Trader Joe’s Supreme Hydrating Eye Cream. 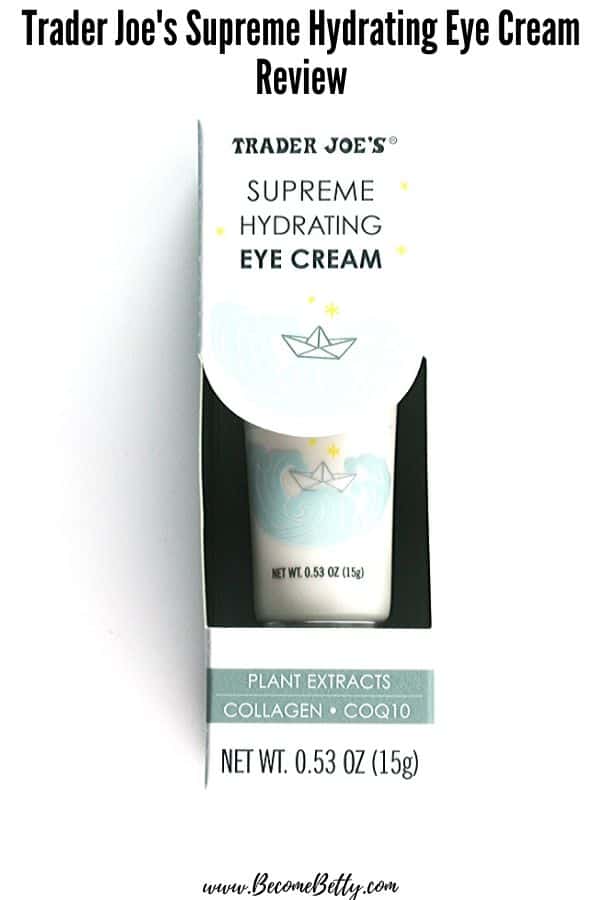 And so far, I’ve liked or really loved just about each and every one of those.

But this item reminds me of a bit more to my reaction to a product released last year: Trader Joe’s Ultra Hydrating Gel Moisturizer. In short, it didn’t quite live up to the “ultra part.”

Similarly, this is “Supreme Hydrating” which is quite a statement. So if it is supreme hydrating it better be the best darn moisturizer around.

Sadly, it didn’t live up to that title.

I’ve tried way more hydrating eye creams. Or moisturizers for that matter. But it didn’t take the cake.

It was about an average moisturizer. I used mine nightly for a few evenings.

Was the under area under my eyes moisturized? By morning yes, but nothing spectacular or out of the ordinary.

Just average. It didn’t make me break out. It didn’t seem to make any puffiness go away. And no, I didn’t wake up looking 10 years younger (not that any of those items were promised on this box).

It felt nice going on and it seemed to absorb well. It didn’t have any strong smells like some other products.

For $5.99 it is well priced. And all too often eye creams are very, very pricey. And those tend to be the ones that make promises that they might not be able to deliver on.

So while my expectations were artificially high due to the name of this product, for the price I can’t be too upset either.

Would I buy this again? While I thought Trader Joe’s Supreme Hydrating Eye Cream was nice, it isn’t worthy of repurchase from me. It just didn’t live up to its name. It moisturized, but did it supremely hydrate? I didn’t think so. 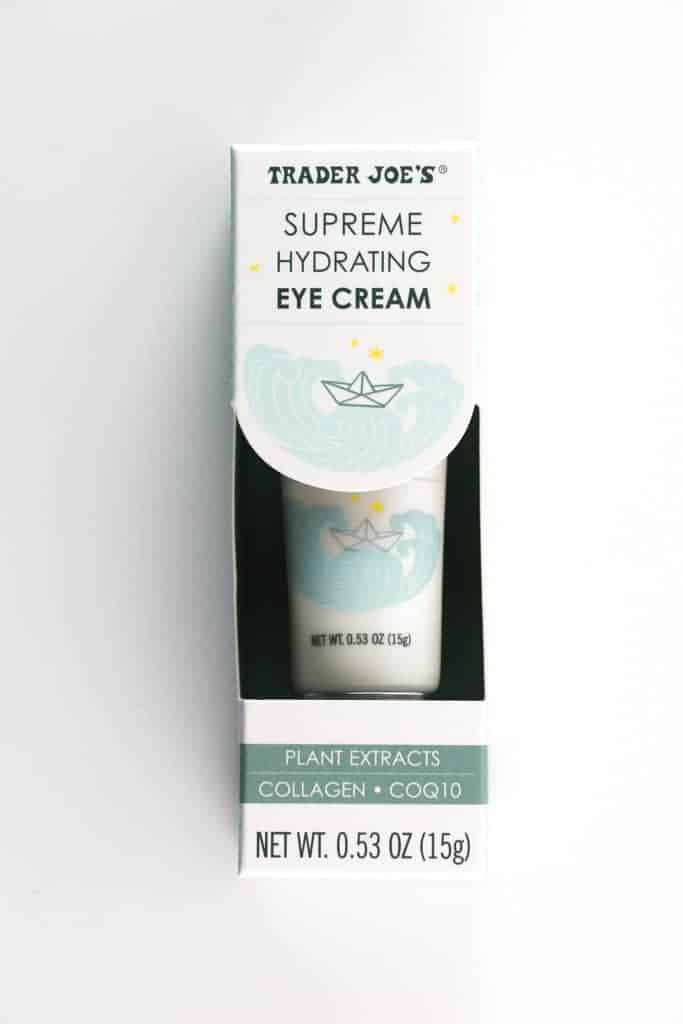 The ingredients and how to use: 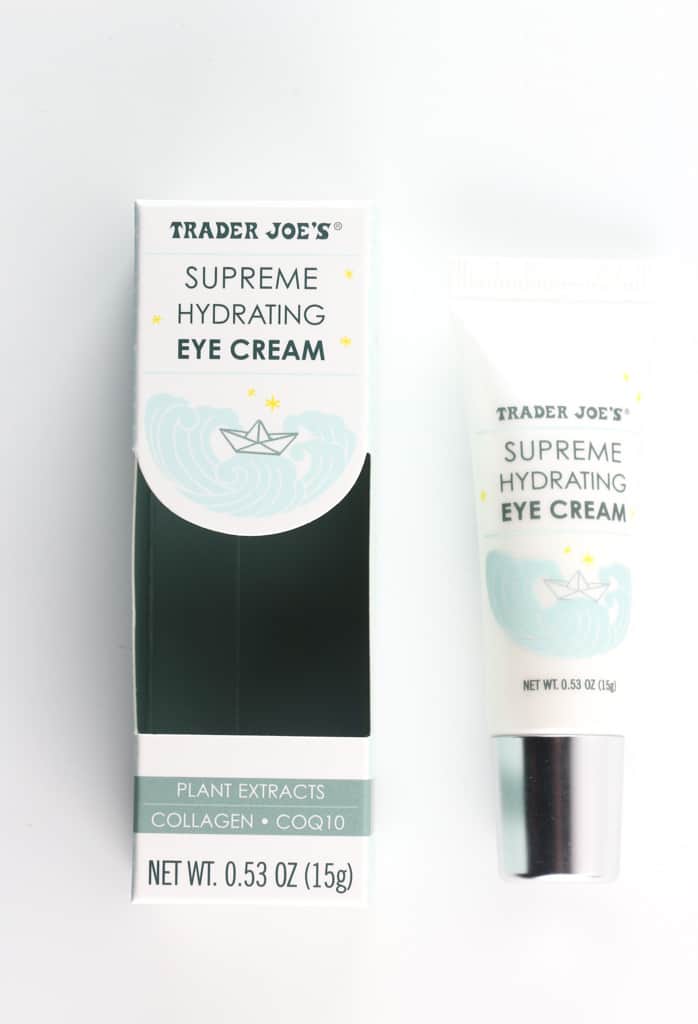 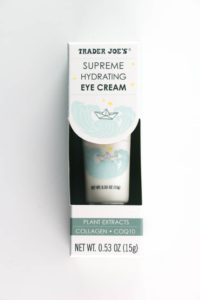