The pros: Trader Joe's Wild Fresh Haddock is a fresh option in the refrigerated case at a reasonable price.

The cons: You'll need your own recipe as cooking suggestions are limited to bake, pan fry or broil with no suggestions as to how long.

The verdict:  You'll have to forgive me if there are going to be much more seafood reviews than usual. There are two times a year my seafood consumption skyrockets: summer time and Lent. I grew up in an old school Catholic household: no meat on Fridays during Lent. My Dad's aunt kept is even older school still: no meat on Fridays period.

Right now, we are at the almost end of Lent. Growing up, Lent frequently meant you looked forward to eating school lunch more than whatever Mom packed. As a public school student that meant pizza on Fridays (which might have been followed by pizza for dinner that night). What would mom pack? A tuna fish sandwich. If it wasn't tuna then it was egg salad.

If we did not have pizza for dinner, or did not have a homemade fish dinner, then the next option was a McDonald's Filet O Fish Sandwich. Interestingly enough, that sandwich actually got its start by a franchise owner of McDonald's who had a large Catholic patrons. Burger sales were always down on Fridays during Lent. While those fish sandwiches are Pollock, this haddock is pretty good.

In fact, this the traditional fish in fish and chips. This smelled like the ocean when I opened it and not fish. Which is always a good thing. The fish is firm and the fillets are quite large. My package had three fillets weighing in at 1.28 pounds. Perfect for a fish sandwich. This is not nearly as delicate as Trader Joe's Dover Sole and is firmer than Trader Joe's Tilapia. This had thick flaky layers too. The flavor here was mild.

Now, since there are no recipes on the package (unlike the frozen seafood which have a card in them), you'll need a bit of know how if you don't have it already. I wanted fried without frying. I tied this oven fried recipe and it came out pretty good. A beer batter or other recipe would work with these.

For $7.67 or $5.99 per pound this was affordable, fresh tasting, and well packaged. Other than not including suggestions, it's another solid option in the refrigerated case. Worth a try if you like fish and chips or if you would rather "oven fry" this like I did. 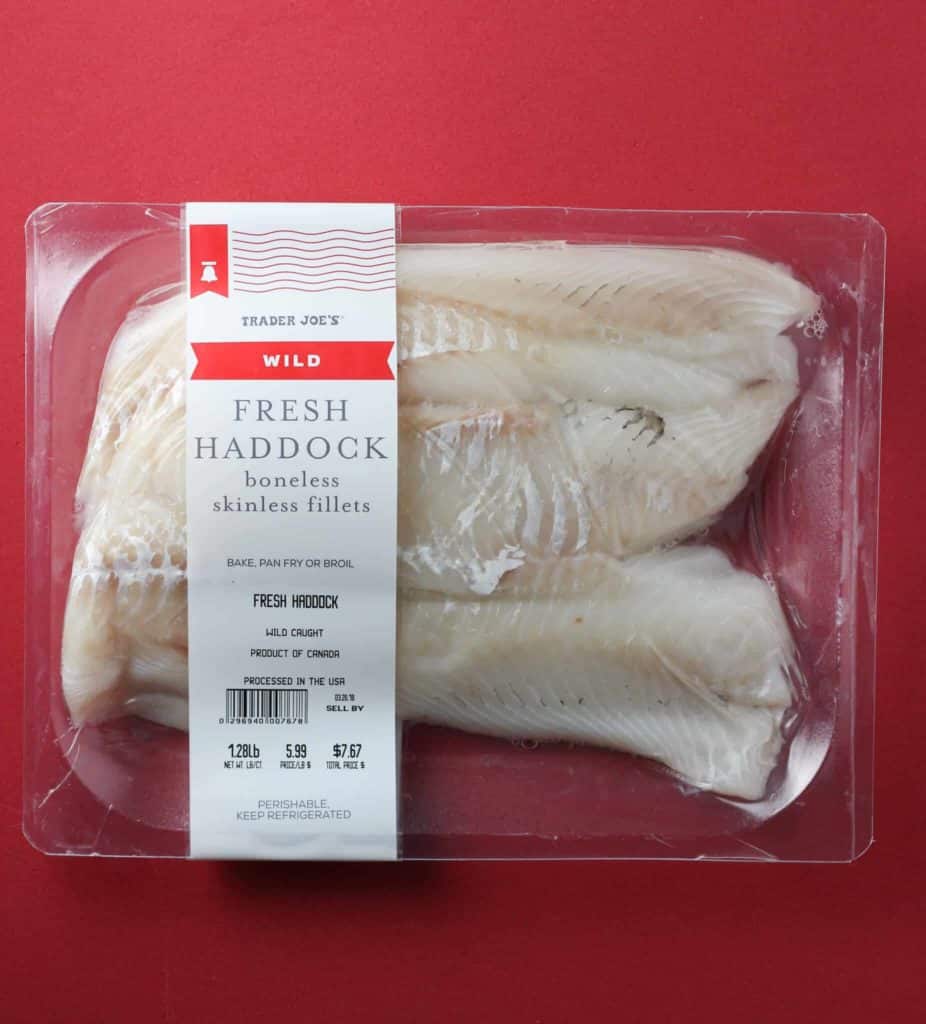 The nutritional information and the ingredient: 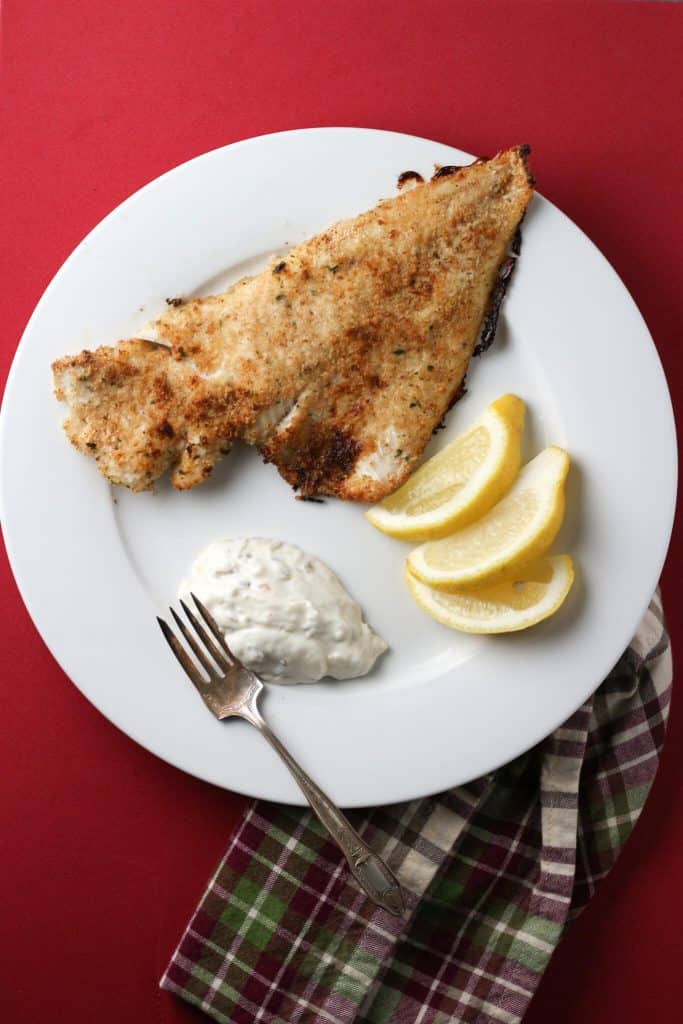 Would I buy this again? Yes, I would buy Trader Joe's Wild Fresh Haddock again.